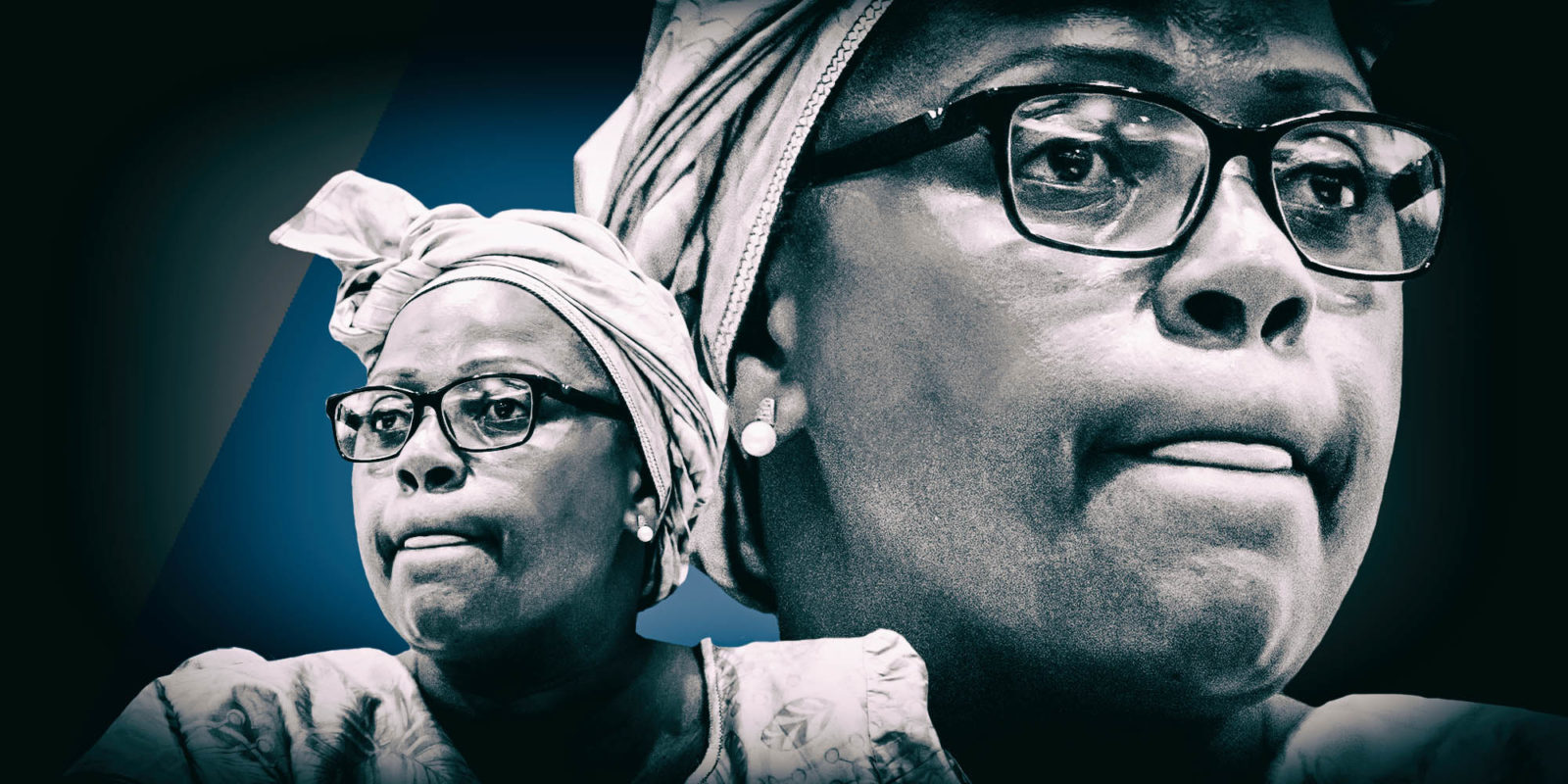 Dudu Myeni claims she could not afford to attend five weeks of court hearings into whether she should be declared a delinquent director. But the court has heard the former SAA chairperson made millions sitting on various boards in recent years.

Dudu Myeni insists she is unemployed. Asked why she failed to attend five weeks of hearings on whether she should be declared a delinquent director, the former SAA chairperson said she did not have the money to travel from KwaZulu-Natal to Pretoria and stay there for six weeks.

“If I had money on my side to spend in Gauteng, it would have been easier,” Myeni told the North Gauteng High Court on Friday.

Myeni, who gave evidence in person for the first time on Thursday, despite Judge Ronel Tolmay’s repeated pleas for her to come to court, currently gets income as a director of Mangaung energy distributor Centlec.

The Organisation Undoing Tax Abuse (Outa) and the SAA Pilots’ Association are trying to have Myeni declared a delinquent director, which would prohibit her from sitting on boards such as that at Centlec and the Jacob G Zuma Foundation, which she chairs.

Outa’s advocate, Carol Steinberg, said Myeni earned R296,880 last year from sitting on Centlec’s board. Steinberg presented an analysis showing that Myeni, who was appointed interim SAA chair in 2012 and chairperson in 2013, before she was removed in 2017, was paid more than R4.3 million by the airline.

In 2015-16 she earned more than R1 million as a member of the boards of SAA and another state-owned enterprise (SOE), Air Chefs. In 2016-17 she made almost R1 million. These amounts do not include benefits such as free flights.

In an earlier affidavit, Myeni claimed she did not have the money to pay for petrol to get to court.

“There is a vast and material difference between an indigent defendant who cannot afford to travel from Richards Bay to Pretoria and one whose family has the means but exercises the choice not to use those means,” said Steinberg.

Myeni responded: “I think the version that I state remains. I am unemployed. Employment means you are guaranteed of an income every month.”

Myeni was clearly aggrieved that insurance company AIG was no longer paying her legal fees. She had paid for director liability insurance while she chaired SAA and the company paid for her lawyers at ENSAfrica when the delinquency case first started in 2017, before it was hit by repeated delays.

“I cannot and I could not ask my family to subsidise a case that has nothing to do with Dudu Myeni, a case that belongs to South African Airways,” said Myeni.

“All the costs of this case ought to have been covered by South African Airways.”

Myeni suggested AIG failing to pay her legal costs was part of “the same tactic” that was meant to embarrass her and hurt her case. She did not elaborate.

“This is part of the humiliation to say, ‘Look at her, she doesn’t have money. Look at her, she can’t afford to go and stay in Gauteng for five weeks for the case’,” she said.

Steinberg, however, read correspondence from AIG that pins the blame squarely on the former SAA chair for having to foot her own legal bills.

Myeni’s AIG contract required her to inform and get approval from the insurance company before incurring any legal costs and involve its attorneys in each step of the legal journey.

When she fired ENS Africa, she didn’t inform AIG and they invoked the clause, meaning Myeni would be responsible for her legal expenses.

“You simply didn’t do what AIG asked you to do,” said Steinberg.

Myeni claimed she had never had any contact with the insurance company and did not receive its correspondence. She repeated that she never expected she would have to pay such expenses and may not have taken the SAA position had she known Outa would one day bring her to court and she would be personally liable.

The former chairperson previously asked the court to include all the SAA board members she served with and she often referenced collective responsibility on Friday.

Steinberg said Outa believed other board members should also be held liable, but due to resource constraints and the special responsibilities placed on the chairperson, it only took Myeni to court.

“It’s a pity I’m answering for the board because if they were here they would answer for themselves,” Myeni said regarding decisions taken over an SAA deal with Airbus.

In 2015, SAA negotiated a “swop deal” with Airbus to transfer a 2002 purchasing agreement of A320 aircraft to a leasing agreement of A320s. If the deal was signed, SAA could have claimed back around R1.4-billion in pre-delivery payments it had already paid to Airbus and it would avoid incurring around the same amount in impairments over the next two years, money which the airline didn’t have.

The SAA board approved the deal in March 2015. Finance minister Nhanhla Nene approved it and called on the board to ratify the signing of the deal by 18 September 2015. The SAA CFO warned it would be “disastrous” if the deal fell through.

After months of work, all that was needed was for the board to instruct the SAA CEO and CFO to sign the deals, but at the end of September 2015 Myeni wrote to Airbus to say the airline “decided to do this transaction slightly differently” and introduce an “African aircraft leasing company”.

Steinberg suggested Myeni was irresponsible and put SAA and the country at risk. Myeni has said the decision came from the board and not her alone and a local leasing company was necessary to avoid costly currency fluctuations.

On Friday, she asked to take the lunch break to review documents and respond to the Airbus allegations.

The case continues and is expected to finish next week. DM