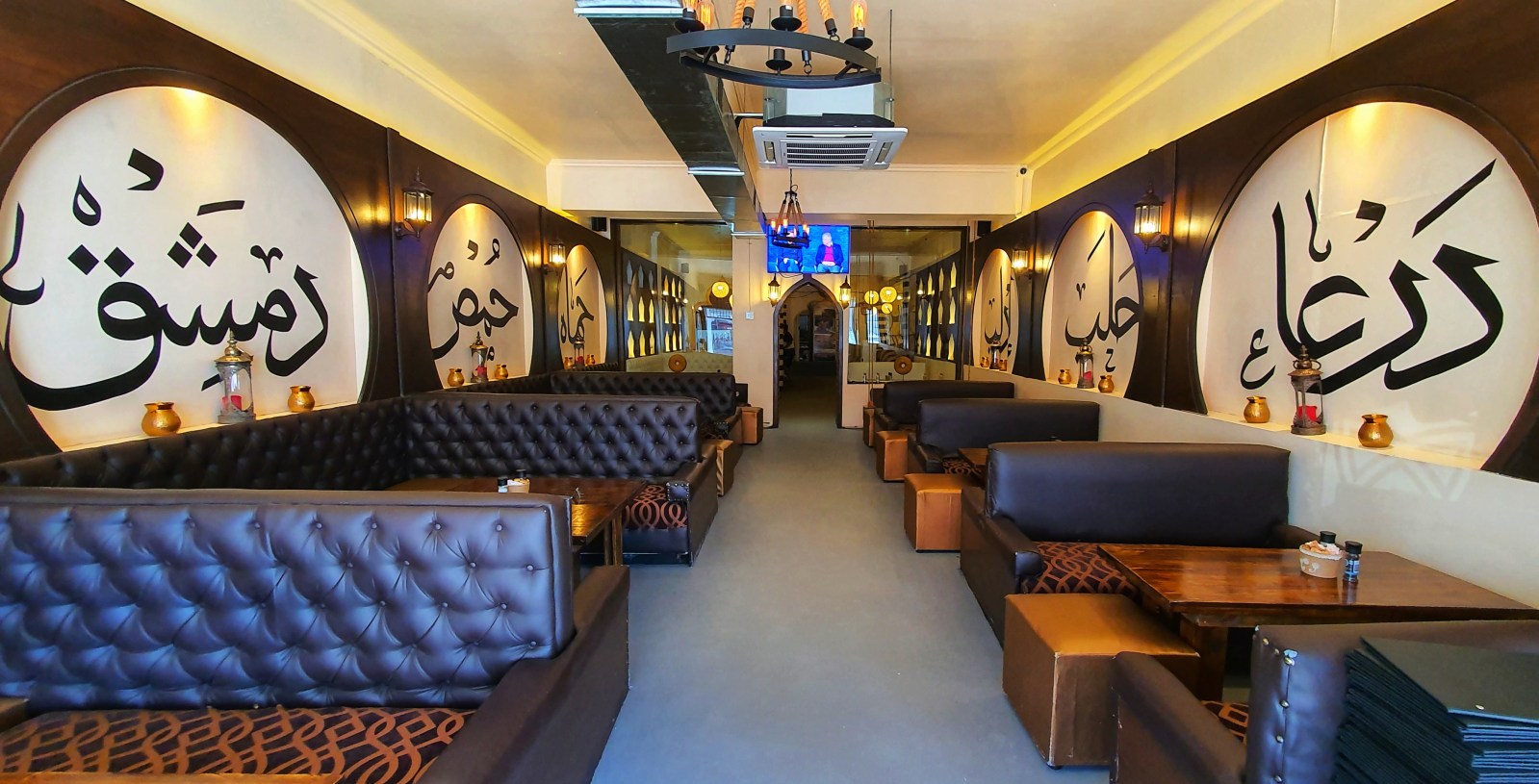 Sultan Alsaleh’s passion for Syrian cuisine, the food of his homeland, inspired him to open a restaurant. Now Syriana, in Sea Point, Cape Town, is a piece of a place that he’s unable to return to.

Sultan Alsaleh first came to Cape Town in 2012 on a visit to study English. When he couldn’t find Middle Eastern food, he saw an opportunity and felt a need to fill that gap.

So, in 2016, Syriana opened its doors, and with it, Sultan created his own piece of home in exile. A place that would also become a home for many other Middle Eastern immigrants to congregate and eat.

Sultan’s passion for Syrian cuisine, the food of his homeland, inspired him to open Syriana Restaurant. Located in Main Road, Sea Point, Syriana is a piece of a place that he’s unable to return to.

“I don’t have that option right now,” he says, as the war in Syria continues. But in this venue, he created a new life and a new home. And one day, a guest came to dine and fell in love with the food… and with Sultan. Yasmien, his wife, giggles at the memory of coming to eat at Syriana, not knowing that this restaurant would one day become her home too.

The first thing you notice when you walk through the door of Syriana is the Arabic script painted all along the walls. The names of Syrian cities like Damascus, Aleppo, Daraa, Idlib and more are painted in a large font, reminding those who know and educating those who don’t. The silky voice of Amr Diab and the uptempo beats of contemporary Arabic pop plays in the background.

The design and décor mimic the spirit of most Middle Eastern cities; a blend of old and new. Lantern-shaped cutouts adorn the walls with classic lantern fixtures providing warm light. An archway divides the restaurant into smoking and non-smoking sections, with the smoking section being larger to accommodate the popularity of shisha smoking, a central feature of Middle Eastern restaurants and cafés. Shisha, also known as hookah, is a long-necked water pipe, smoked with flavoured molasses-based tobacco. In the evenings especially, the restaurant comes to life as a bustling social eatery, filled with young people and families. With large tables and leather booths, the setting is conducive for big groups. And so is the food.

Common to Middle Eastern eating customs, the menu is designed to be shared. Hot and cold mezze, mixed grill platters and man’oushe flatbreads are the fundamentals of any Levantine menu. Mezzes, small appetiser plates are usually ordered to share. The dips you would expect like hummus and baba ghanouj are well seasoned and smooth, and the perhaps less well-known dips like mouttabal (eggplant, yoghurt and tahini) and muhammara (red pepper, tomato and pomegranate molasses) are deep and flavoursome. Kibbeh nayyeh is also a must-try for newcomers, a spiced, raw minced lamb dish made with bulgar. The salads are not to be overlooked, with options like fattoush and tabbouleh which are packed with herbs and tangy dressings.

Man’oushe has its own section on the menu. A freshly-baked flatbread topped with cheese and various toppings, the most typical of which is za’atar, a blend of sesame seeds and herbs. The other main courses are a meat dreamland, with kebabs, shawarmas and kofta, spiced with Syrian flavours like cardamom, cinnamon and allspice.

Syria does have a reputation in the Middle East for being a country of culinary distinction. Sultan’s hometown, Damascus, is a food capital in the region. Historically an epicentre for trade, all the flavours of the Middle East passed through Damascus and are represented in Syrian cuisine. Most Syrians I’ve met have a deep pride in their cuisine. That comes across in Sultan too. His passion for the food and to introduce it to South Africa is palpable. He’d always had entrepreneurial leanings and a dream of opening a Syrian restaurant.

He started with a food truck, selling shawarma and falafel, and found that people were queuing up in droves. With a permanent spot at the Neighbourgoods Market at the Old Biscuit Mill in Woodstock, Syriana became a favourite with regulars. With all this buzz, Sultan decided to start scouting for a venue to build his restaurant. He also managed to organise for a Syrian chef, Yaser Jabal, to come to join him as head chef.

At the same time, the situation in Syria had intensified and he, like millions of other Syrians who left, had to come to terms with making a life elsewhere. Unable to see the people and the places that he has grown up with, Sultan, especially being such a proud Syrian, is brokenhearted to see his country so seemingly endlessly at war. He dreams of peace and unity for Syria. The feeling of loss and displacement is hard to imagine, but it gives this restaurant more profound meaning than it being merely a business.

The memory of the opening night in 2016 elicits nervous laughter at how chaotic the night before had been. The classic tale of things going wrong and taking longer than anticipated. Everyone working on the set-up stayed all through the night and pushed to make the opening day. And miraculously, everything got done in time.

Sultan had mentally prepared himself that the restaurant would take a few months to get busy, but he was shocked to find it full on the second day after opening. Yasmien, a Cape Town resident born and bred, had been chatting with her friends about the restaurant opening on their WhatsApp group. They had been fans of the food truck and were excited to see what it would be like. She met Sultan and they fell in love. He met her family and they got married. “They love him.”

Her pride in him radiates and she mentions how he’s been too modest. “He isn’t telling you just how passionate he is about this restaurant. He works so hard at it. He puts everyone here first, above his own needs, it’s really like a family. The staff call him uncle.” To which Sultan quips, “And now they call her auntie.”

The success of the restaurant has been rapid. Hungry for Halaal voted them the top Halaal restaurant in Cape Town in 2018 and in the top two in 2019. Sultan thanks customers and gives a special thanks to chef Yaser on a pinned Facebook post on the Syriana page. With weekends fully booked, it’s evident that Cape Town was ready to welcome Middle Eastern, and especially Syrian, food to its culinary landscape. And out of a story of heartbreak, the formation of something beautiful emerged. A love story and a new home. DM