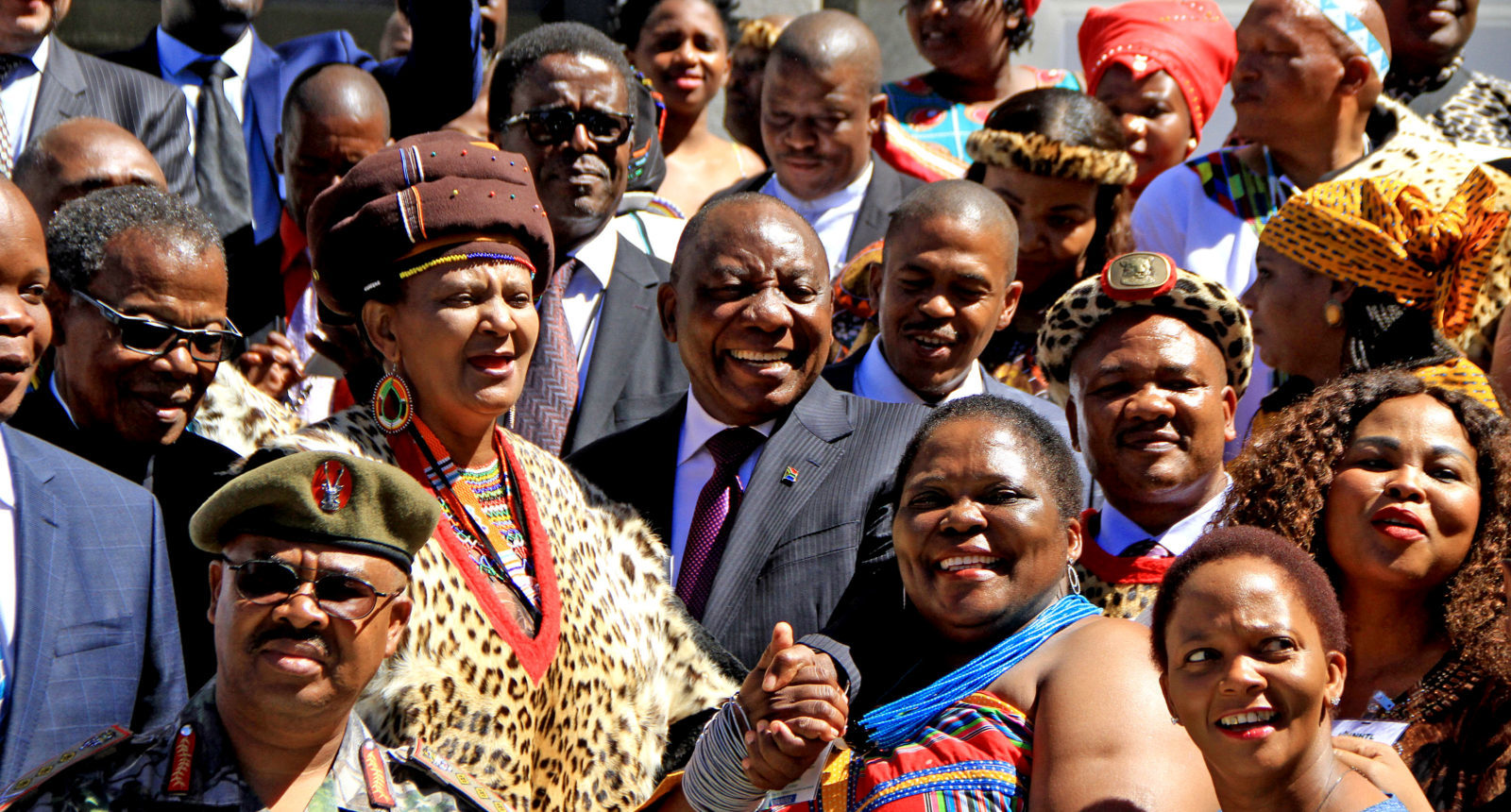 The proceedings seemed to be a jostle for power between government and traditional leaders.

Last Friday the Vereeniging Town Hall was packed with government officials from Co-operative Governance and Traditional Affairs (Cogta), the Department of Justice and the Gauteng legislature, as well as traditional leaders and ordinary citizens. They were attending the first of two hearings in Gauteng regarding the much-contested Traditional Courts Bill.

It was a similar but more sophisticated picture on Saturday in Pretoria at the Ditsong National Museum, where soft ambient music and a holding room for traditional leaders before the proceedings began was the setting for the second hearing in Gauteng.

The hearings started in the Western Cape last year in November before moving to Northern Cape in January. The bill was passed by Parliament in March 2019 and is now going through the National Council of Provinces for consideration.

Traditional leaders appeared to be elevated over the people they served as they were given preference when it came to making oral submissions. They seemed to assume that the people gathered there were present merely to cheer and ululate as they spoke.

The traditional leaders lamented that the bill had not been drafted in consultation with them and could therefore not be legitimated. Leader after leader said the bill made a mockery of their leadership and that the government needed to “humble” themselves.

Traditional leaders also questioned whether the traditional courts would be given the same resources as mainstream courts and where they would be located. They asked how jurisdiction would apply to people not living in rural areas.

Senior Paramount Chief Botha of the Khoisan Royal House said the process was farcical and just another manner for government officials to submit rightful and indigenous leaders to their control.

He said the deadline for written submissions of 15 February was too short and indicated that the passing of the bill was a foregone conclusion.

Only a fraction of the oral submissions that were made over the two days were from members of the public.

In Pretoria, one of the traditional leaders submitted that he did not agree with the envisaged 50/50 men and women composition and that equality of the sexes was not in line with tradition.

Another leader made a submission that traditional leaders needed to be integrated into all spheres of government so that there was always representation of traditional views and principles.

One of the leaders representing Ndebele people said that according to their tradition men do not resolve women’s issues and vice versa, and asked whether the bill had taken this into consideration.

Rural and land rights NGOs set out their issues with the bill as follows:

The proceedings seemed to be a jostle for power between government and traditional leaders. Ordinary citizens were not given enough time to bring their issues to the fore. This begs the question of whether the hearings are a genuine and meaningful engagement or simply a box-ticking exercise.

One of the submissions was a plea to have copies of the bill in a language of their choice as only English copies were available. Surely a government premised on inclusivity and consultation should not need to be reminded of this. MC

The written submissions date for Gauteng has been postponed to 21 February.