Sorrow and fury after parolee arrested for murder of ei... 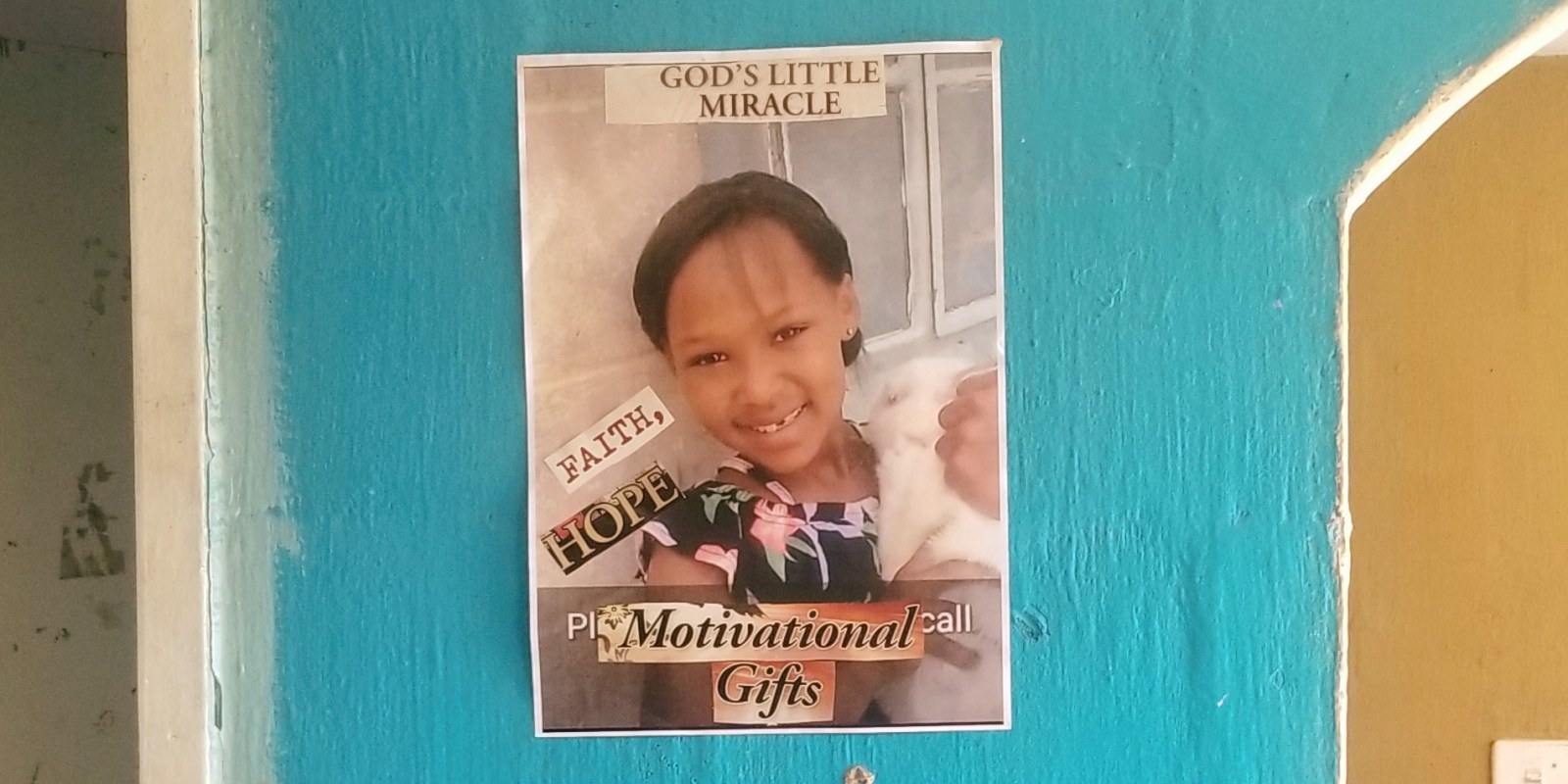 A photo of eight-year-old Tazne van Wyk at her parents’ house in Elsies River, Cape Town. Her body was found in a stormwater pipe outside Worcester. (Photo: Shani Reddy)

The suspect in the murder of eight-year-old Tazne van Wyk is reported to be an absconded parolee and a fugitive from justice. He led police to the body this week. He had earlier been convicted and jailed for the murder of his own child.

Terence Manuel sits alone in a room at the back of the house, crying, in shock and emotionally distraught.  He is the father of Tazne van Wyk, who was murdered at the age of eight. The Elsies River community rally around the parents to offer their support, but they are also angry at the police and the justice system.

Tazne’s body was found late last Wednesday night in a stormwater pipe outside Worcester. She disappeared almost two weeks ago, a few steps away from the front door of her house in Clare Street, Connaught Estate in Elsies River.

Tazne’s mother, Carmen van Wyk, had to be taken to hospital to be sedated after she was informed of what had happened to her daughter.

Sitting on a bed with an unlit cigarette in his hand and unable to move, Tazne’s father expresses his anger at the authorities.

“What makes me the angriest is why could the police not find him [the suspect] with my daughter [while she was still alive]… it’s not right.”

He adds that she had her whole future ahead of her, “my eerste kind”(my firstborn).

Tears roll down his cheeks as he tries to make sense of his loss.  Manuel says the police were “searching our house every day, while my child was out there suffering for her life”.

A family friend, who wished to be identified as Christopher, attests to the community’s lack of confidence in the justice system, saying cynically that the accused “will probably be out soon”.

A neighbour who was visiting the grieving family and who did not want to be named told this reporter, “It seems the police is only interested in the case now that it is in the media.”

Correctional Services spokesperson Singabakho Nxumalo confirmed that police arrested the suspect, Moyhdian Pangarker, 54, on Monday evening, in a sting operation when he arrived at a hotel in Cradock to meet a woman.

“Further interrogation of the suspect led investigating officers to the body of the child in a stormwater pipe just outside Worcester,” police spokesperson Brigadier Novela Potelwa said on Thursday.

Pangarker briefly appeared at the Cradock Magistrate’s Court on Tuesday before being transported back to Cape Town.

Pangarker was released on parole in October 2016 after serving eight years of a 10-year sentence for culpable homicide.

According to media reports, Manuel, and local residents, Pangarker was living with family members while he was out on parole. The house he stayed in was 5m from where Tazne lived.

Pangarker will be charged with murder and kidnapping and is expected to appear in the Goodwood Magistrate’s Court on Friday.

Manuel is flabbergasted that Pangarker could have been released on parole. “How can we allow these people back in our communities… what about our children out here?”

“She was found in Worcester, that is very far… but we will wait to hear what the forensics say about what happened.”

He says he wants to know what happened to his child, no matter how hard it will be to hear. DM