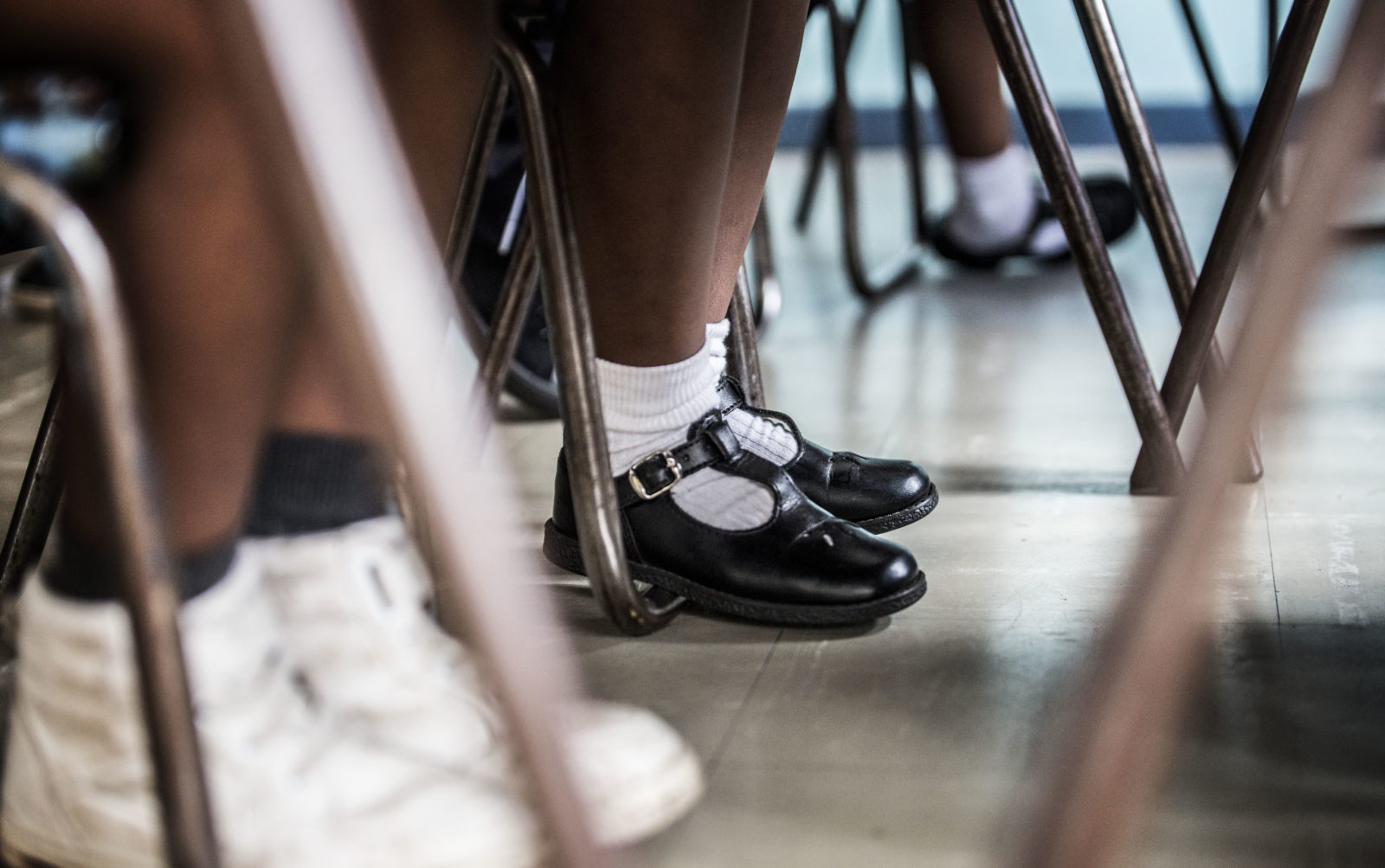 Learners in a classroom in Cape Town. 8 May 2018. Photo by Leila Dougan

The consequences of State Capture extend beyond financial loss. Corruption has undoubtedly contributed to poverty and unemployment and these consequences should not be ignored by the Zondo Commission.

Corruption is not a victimless crime. State Capture and corruption infringe upon the human rights of the South African people and have deep roots in exacerbating poverty, inequality, and unemployment.

This is the contention of the Civil Society Working Group on State Capture, which has launched a joint agenda addressing the impact of corruption on the lives of South Africans.

The Agenda for Action is supported by more than 25 civil society organisations and is based on over 15 submissions already submitted to Judge Raymond Zondo, chair of the State Capture Commission. The agenda was submitted to Judge Zondo on 18 February 2020.

The areas were identified through a People’s Hearing on State Capture held on 12 October 2019 as a means for the people of South Africa to have their voices heard.

Public testimonies, provided through social media platforms via videos, pictures, and messages under the #DearJudgeZondo hashtag, together with documentary evidence and activists’ testimonials, detailed the impact State Capture and corruption has on the daily lives of the people and communities.

Among the experiences expressed included statements and testimonies of the impact of State Capture on commuters’ reliance on train transport, of how unemployed mineworkers from a Gupta-owned mine were impacted, and what the lack of textbooks for learners in Limpopo meant for pupils there.

Commenting on the issues at the South African Social Security Agency (Sassa), the Centre for Complex Systems in Transition’s Robyn Foley said institutional reform is urgently needed at Sassa.

“The CEO reports directly to the minister. That sort of direct interference by an agency is the main problem. People in power have harmed those in poverty, there needs to be greater accountability,” Foley said.

Unsafe and overcrowded classes have led to several children dropping out of school.

Funds intended for healthcare and emergency services were “diverted via criminal means while people were dying in understaffed clinics that had run out of medicine”.

First, the Zondo Commission on State Capture should “release an interim report of its findings in which those the commission deems the most responsible are identified with a view to prosecutions”. According to the panel, this is crucial for ensuring that the public witness accountability and prosecutions of corrupt parties.

Third, the commission should consult and consider the evidence and recordings, including all video material, from the People’s Hearing.

Last, the commission should ensure that its report reflects on the true human cost of state capture and corruption.

The panel also strongly recognises the urgent need for criminal justice agencies to prosecute relevant parties in a timely manner. These prosecutions cannot be stalled until the end of the commission’s term. Justice agencies should urgently recover stolen money and freeze the assets of all involved parties. Finally, it is crucial that these agencies preserve and document witness testimonies as this will also serve as a form of witness protection.

The state’s capacity has been severely damaged, according to the report. South Africa is faced with a weak economy, a continued shortfall in revenue, and dysfunctional State-owned Entities (such as Eskom).

As the Civil Society Working Group’s agenda points out, the consequences of State Capture and corruption extend beyond financial loss.

“Consequences of the looting have been dire and have undoubtedly contributed to poverty and unemployment,” the agenda notes.

According to the report, “[the Working Group believes that] it is unconscionable that constitutionally enshrined human rights such as health care, social security, housing and basic education, to name only a few, have been compromised because of the actions of corrupt individuals”.

The recommendations put forward by the Civil Society Working Group acknowledge and prioritise the needs of the people. These recommendations should thus be taken seriously by the Zondo Commission, criminal justice agencies, and other relevant parties.

Open Secrets’ director Hennie van Vuuren says,“Our recommendations are very clear. We want to give the Zondo Commission the space to work, but it doesn’t operate in isolation. Many of us have felt a frustration that, unlike the TRC, the Zondo Commission doesn’t have weekly briefings to the media. For all the things the TRC  got wrong, some of the things it got right was the recognition that the public has a right to know what is happening and what is planned. Engage the public through media briefings.

“It is imperative that the Zondo Commission now releases an interim report to the President and the public. The public needs to be aware of what the initial findings are from Judge Zondo. This is what will help build public confidence in the Commission.”MC