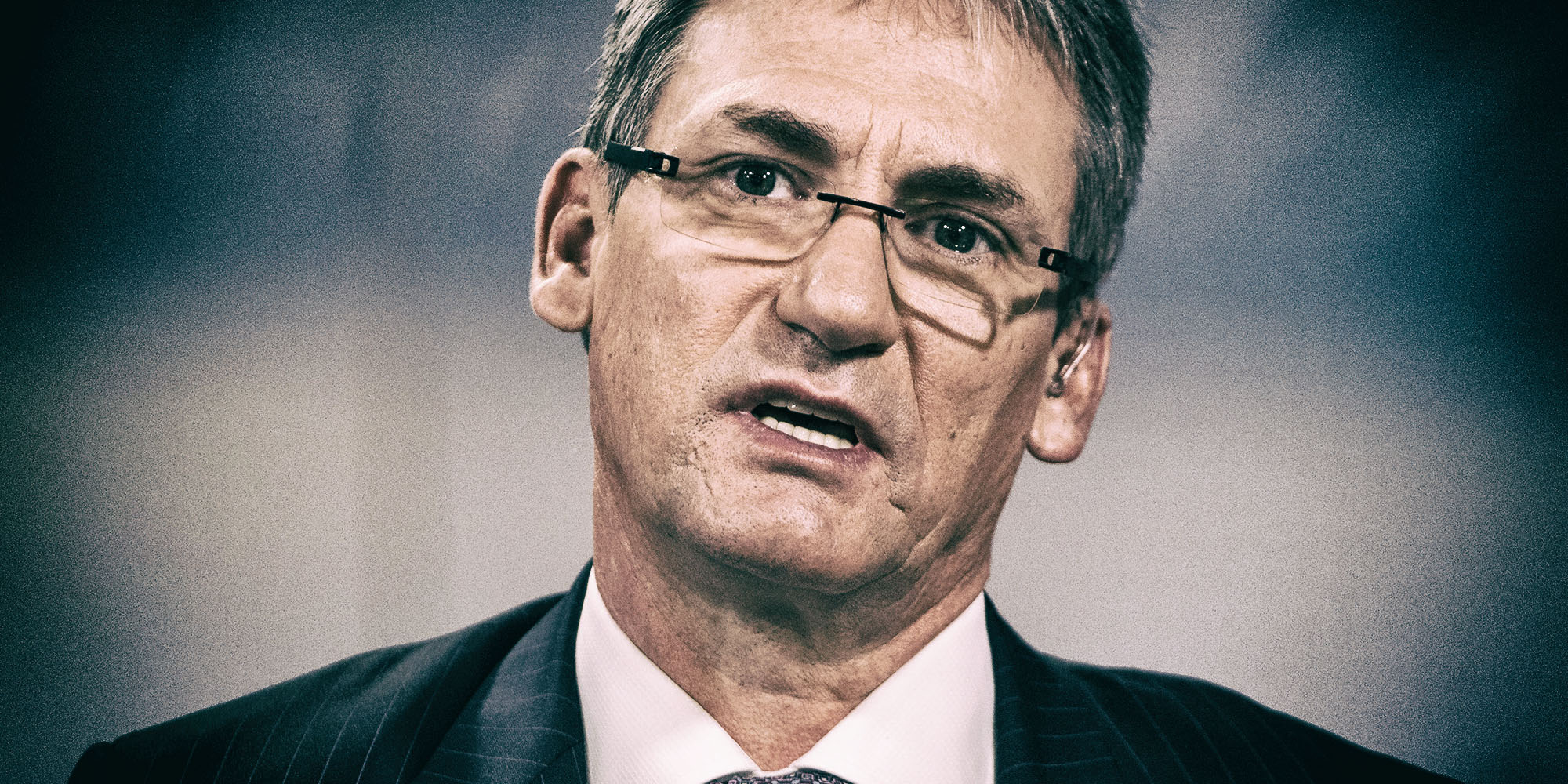 Anglo American Platinum’s pivot to mechanisation is literally paying dividends. The company has announced record results for 2019 and in a surprise move, CEO Chris Griffith, who has guided the company’s return to handsome profits, will be stepping down to pursue other career opportunities.

At the Mining Indaba in Cape Town in 2017, Amplats’ CEO Chris Griffith rocked up in a wheelchair, his left leg in a cast, looking like he had just been run over by a Hilux. It turned out it was something just as scary: he had been attacked and trampled by an enraged Cape buffalo in December of 2016 while on holiday in Tanzania.

Amplats itself had been roughed up in the preceding years, leaving its shareholders perhaps feeling like they had been gored out of their money. The company had not paid a dividend since 2012, and when the 2016 results were unveiled, there was still no dividend to be seen.

A confluence of events had battered the company buffalo-style: depressed prices, soaring costs, and flare-ups of often violent labour and social unrest combined to make Amplats barely profitable. In 2014, the militant Amcu union mauled the company with a five-month strike. Investors were becoming increasingly concerned about safety issues. And the industry as a whole had been hit by a stampede. Most shafts were losing money and Lonmin was lurching towards extinction.

In the three years since then, Griffith has recovered and so has Amplats. A focused mechanisation drive, the avoidance of a protracted strike in wage talks in 2019, and vastly improved prices have transformed Amplats into a cash spinner. The full-year results released on Monday 17 February showed a 145% increase in headline earnings to R18.6-billion, most of which was given back to shareholders. The dividend payout will amount to R14.2 billion – 76% of headline earnings – which in one year is double the amount Amplats paid for the entire previous decade.

Avoiding a major strike in 2019 was crucial, especially against the backdrop of red-hot prices: when prices are high, a company needs to produce and sell the stuff. What the industry calls the PGM basket price – the combined weighted average that one gets for platinum, palladium, rhodium and others PGMs – rose 27% in 2019 in USD and 38% in rand terms.

Much of this was driven by palladium and rhodium – used as catalysts in petrol and hybrid vehicles – which saw increases in US$ in 2019 of 48% and 73% respectively. Tighter emissions standards and apparent deficits of both metals have sent their prices through the roof. Rhodium’s price has shot over $10,000 an ounce. No precious metal in history has ever been so valuable. For a PGM producer, it has been a breathtaking ride of late.

All of this will please the Mother Ship, Anglo American, so it came as a surprise that the company announced Griffith was stepping down after over seven years at the helm “to pursue other career opportunities”.

Griffith, even when he was confined to that wheelchair after his megafauna encounter in the bush, was overseeing the pivot to mega-profits through strategies such as mechanisation, which raises productivity hugely while reducing much of the labour bill. The company sold off the bulk of its conventional operations to Sibanye-Stillwater, focusing on mines such as the open pit and mechanised Mogalakwena, which in 2019 posted a free cash flow of almost R10-billion. Mechanisation has also made the workplace safer. As has been previously reported, Amplats had its first calendar year with no fatalities at any of the mines it manages.

Griffith has not revealed what career opportunities he plans to pursue. Having overseen such an impressive turnaround in South Africa’s tough mining environment, he is now an extremely highly rated executive, and so perhaps a CEO role in a bigger company awaits him. The company said in a statement that he “will step down at the Company’s AGM on 16 April 2020 and his successor, who is expected to be an internal candidate from within the Anglo American group, will be announced in the near future”. Whoever takes over will find themselves in charge of a company in remarkably good shape after the turbulence of the past decade. It looks at this point to be anything but a poisoned chalice.

Anglo American CEO Mark Cutifani apparently plans to stay on for a few more years. As shrewd as he is affable, he has steered the wider group into far more profitable territory, and it could well be that Griffith – who just turned 55 and must surely have been a contender for the top job – may have decided not to wait around for an opportunity of that size.

That is purely speculation. Meanwhile, the company looks poised to keep raking in huge profits. If the buffalo in the Union Buildings can get better mining policies in place now, Amplats should for the time being avoid the goring and trampling it has been subjected to in recent years. BM