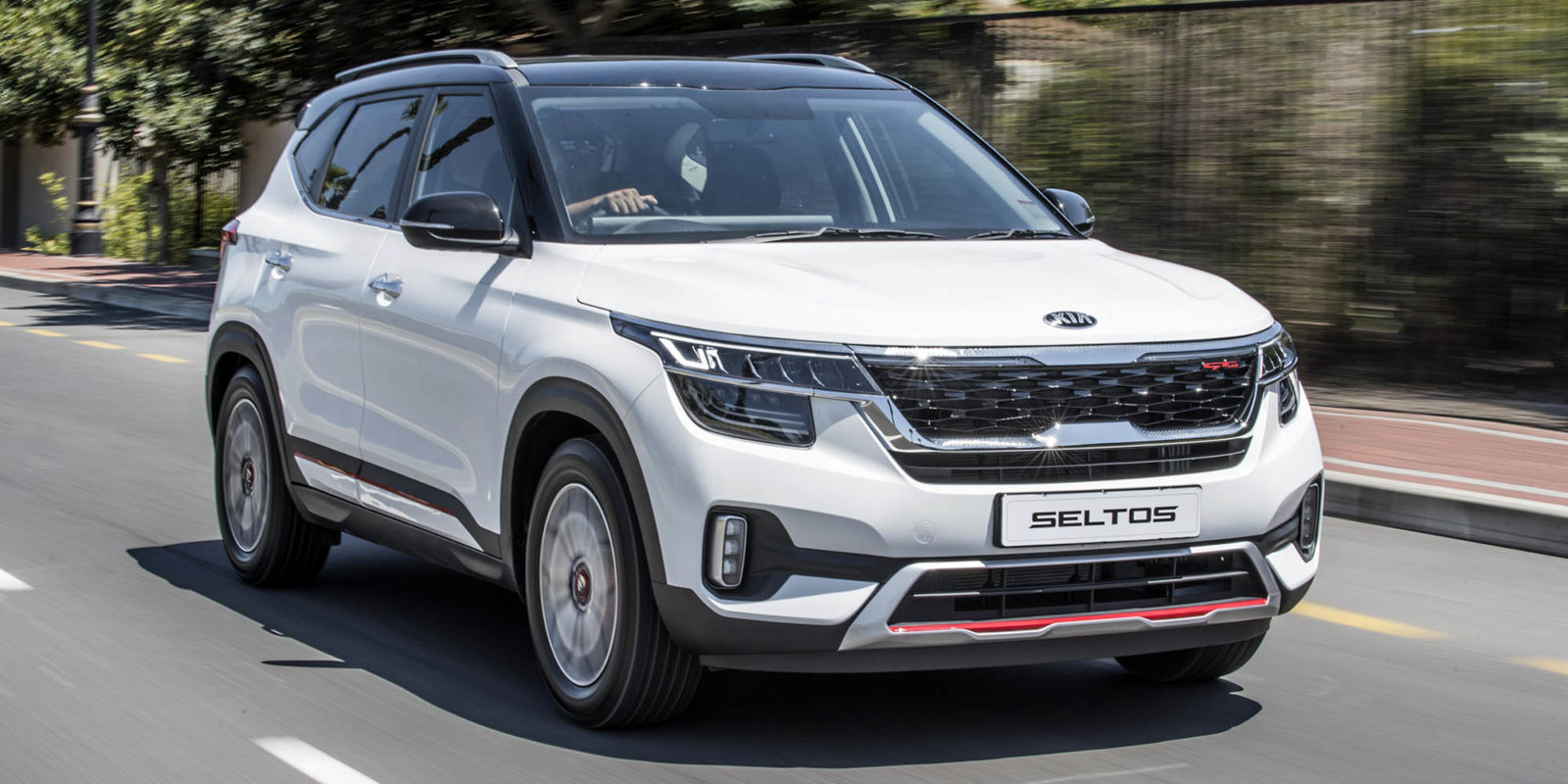 Kia’s latest offering in South Africa, the Seltos. Design-wise it’s all broad and beefy in the front, with an even more snazzy integrated tiger-nose grille that makes Kia SUVs stand apart.

The rise of the South Korean auto industry has been meteoric in the past two decades. Now Kia South Africa has launched the new Seltos, an affordable, quality compact SUV,  into a cash-strapped local market.

Founded in December 1944, just nine months before World War II ended, Kia had its humble roots as a manufacturer of steel tubing and bicycle parts. Under Kim Chul-Ho, credited as the founder of Kia Motors – then called Kyungsung Precision Industry – Korea’s first domestic bicycle was produced in 1951, known as the Samchuly. The end of WW2 also saw the division of Korea into north and south.

With limited natural resources, battered by the three-year Korean War between 1950 and 1953, and coupled with a rising population of almost 30 million people, by the end of the 1950s South Korea was ready for a saviour. In the early 1960s along came Major-General Park Chung-hee, who rose to power by way of a military coup, to become leader of the beleaguered country and a pivotal figure in putting South Korea on the world auto industry map. Many Koreans regarded him as a messiah of sorts, despite his draconian tactics, suppressing the press, limiting personal freedom and taking control of the judiciary and universities.

From the get-go, Park banned the importation of cars, which forced the country to opt for locally assembled vehicles. At the same time, he dropped import taxes on incoming auto components. Generous government subsidies incentivised local companies to embark on international joint ventures, to acquire knowledge and skills.

In 1971 Park rewrote the constitution, allowing him to run for a third term in office. Shortly after he was re-elected, winning by a narrow margin. Park declared martial law, citing the need to “awaken” the Korean people to make them aware of the urgency to assure the security of Korea.

He further censored the press and closed down universities, but underground resistance against his rule began to grow.

By 1979, resistance towards Park erupted into widespread riots and demonstrations. On October 26, after 18 years of ruling South Korea, Park was assassinated by his one-time friend Kim Jae-Kyu, head of Korea’s intelligence agency, the KCIA. Kim was hanged in April 1980.

Kia continued producing the Brisa until 1981 when production was shut down after Chun Doo-hwan, a new military dictator, ordered industry consolidation, which forced Kia to stop producing passenger cars and focus entirely on light trucks.

With the 1988 Seoul Olympics on the horizon, in 1986 Kia was given permission to rejoin the automobile industry in partnership with Ford and began tiptoeing into foreign markets on a small scale. The first Kia-branded vehicles were sold in the US in 1992.

Hyundai, Korea’s most powerful auto manufacturer somehow managed to stay afloat and rescued Kia by taking a 51% majority stake. Today, after a series of divestments, Hyundai owns about 33% of Kia while Kia owns about 22 Hyundai subsidiaries. But what really put the Kia brand on the world map of the auto industry was the inspired hiring of Peter Schreyer in 2006 – Audi’s design wunderkind. Design now became the cornerstone of the brand and over the next 14 years, Kia would win over 200 motoring accolades, including 20 highly coveted Red Dot design awards.

Suddenly formerly forgettable Korean cars were being regarded with new-found respect, making Kia one of the largest turnarounds in automobile history.

Today Kia has become synonymous with affordable, well-specced quality and creative design. Under the eye of Schreyer, there has been a host of beauts like the gorgeous redesigned Sportage, the sultry Stinger and the funky Soul.

Which gets us to Kia’s latest local offering, the Seltos, which I drove at launch last week. It’s a compact SUV that makes total sense in a downward economy. The premium segment, especially sedans, is bleeding, with brands like BMW and Merc feeling the squeeze. With a growing trend to “buy down”  the Seltos is a damn good alternative.

Named after the Greek god Heracles’s son, Celtos (Roman equivalent to Heracles is Hercules), Kia changed the C to an S, to suggest speed and sportiness, in line with their other S-named SUVs: the Sportage, Sorento, Sedona and Soul.

Larger than most of its so-called rivals in the compact SUV segment – the Hyundai Creta, Ford Ecosport, Nissan Qashqai and Renault Duster all come to mind – Kia has managed to produce a crossover that’s both pleasing on the eye and good to drive, even on gravel. Design-wise it’s all broad and beefy in the front, with an even more snazzy integrated tiger-nose grille that makes Kia SUVs stand apart.

LEDs are also Kia’s speciality and the Seltos doesn’t disappoint, with a stand-out set of LED daytime running lights and fog lamps. The rear is simple and functional.

For now, there are two engines on offer – the entry level is a 1.6-litre naturally aspirated engine, offering 92kW and 151Nm of torque, available in both auto and manual.

The 1.4-litre turbo-petrol with 105kW and 242Nm and its 7-speed dual-clutch (automatic) box was my pick of the pair on launch. We’ll have to wait a bit for the 1.5-litre turbodiesel, delivering 86kW and 250Nm, which will undoubtedly be the most economical to run. All derivatives are front-wheel drives.

There are three spec levels available in the Seltos, starting with the EX with its 1.6-litre engine. It’s well equipped, with standard offerings like automatic headlights, central locking, cruise control and a 20cm infotainment system with Apple CarPlay and Android Auto compatibility.

The mid-range EX+, also a 1.6 litre, has the usual goodies but it additionally has leather upholstery and larger 17-inch alloy wheels.

As mentioned, I really enjoyed the all-new top of the range GT Line, with its impressive turbo-charged 1.4-litre engine which was keen when accelerating and sure-footed on twisty mountain passes. It’s definitely the cream of the pack with its more premium feel, sporty chrome finishes, 17-inch crystal-cut alloys and red brake calipers. Inside it’s all bespoke GT-line leather, along with a sporty steering wheel and stainless steel pedals.

On the out-of-city driving route, which included some mild off-roading, I got to play with the Drive Mode Select system which offered a play between Eco, Normal and Sport. There’s also a 2WD Terrain Mode which can be set on Sand, Mud or Snow, that effectively increases traction on slippery roads.

With a good range of colours to choose from, including three two-toned options, I’m keen to watch how the SA market responds to the well-priced Seltos. I’m sure Kia is hoping it will be their next Sportage, one of the South Korean company’s biggest SUV successes, since it was launched back in 1993, with global sales topping the five million unit mark in 2018.

‘We are going to die of depression or hunger before coronavirus gets us,’ says unpaid SA Express worker

Sam Sole for amaBhungane
Save 7 mins