England power their way to T20 series win against Prote...

England power their way to T20 series win against Proteas 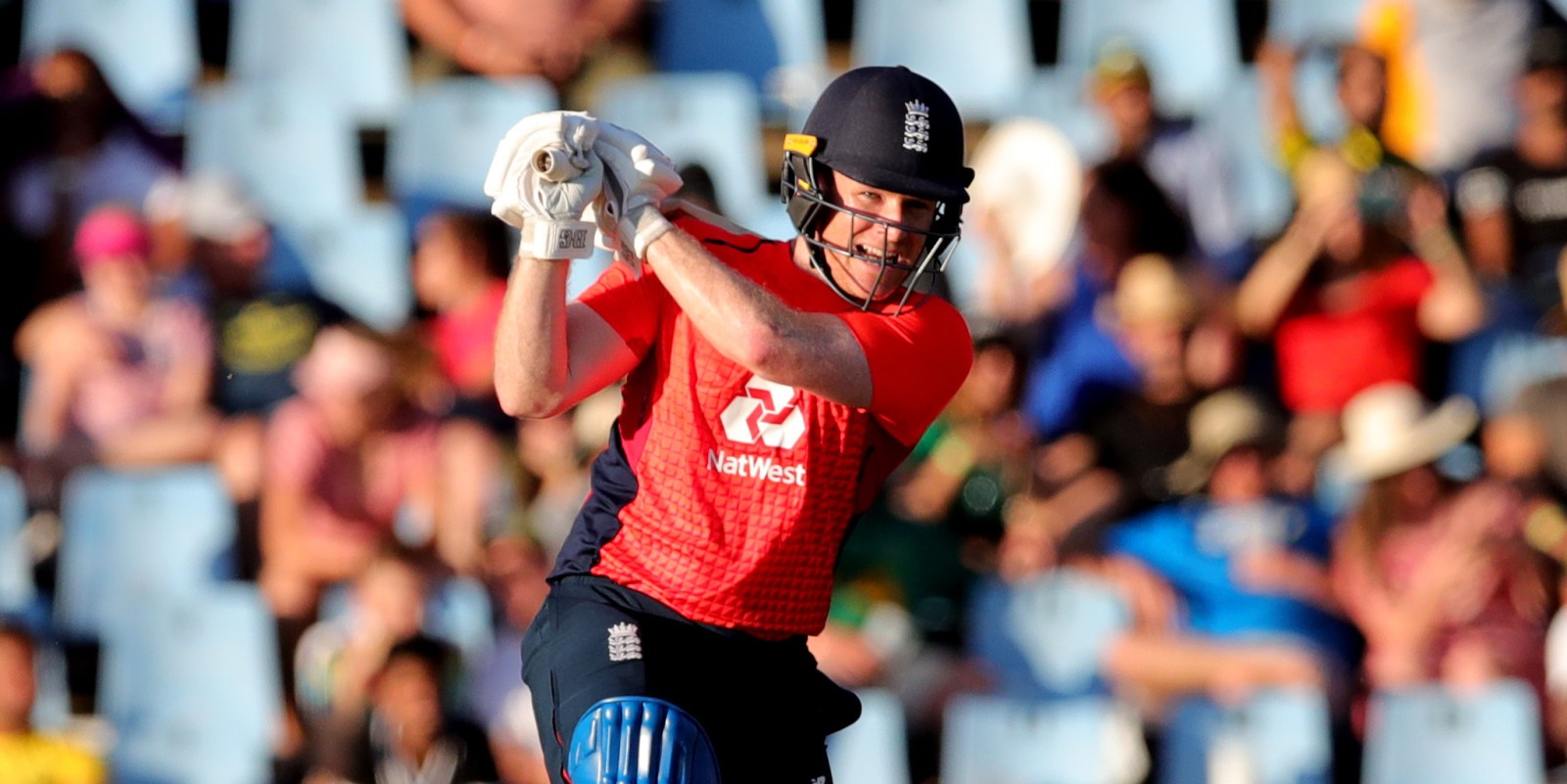 South Africa and England went into their series decider level at one-all. But it was the English who emerged victorious to end their tour of South Africa on a high.

England brought their tour of South Africa to a glorious end with a brilliant five-wicket victory. With this they clinched the T20 series 2-1, after having levelled it in Durban in the previous game.

After beating the Proteas on Valentine’s Day, the pair met again on Sunday 16 February. South Africa won the toss and elected to bat first.

They recorded a formidable total of 222 for the visitors to chase. It was the highest T20 run chase at Supersport Park, Centurion.

However, despite some scares, England chased it down with relative ease in the end.

The Proteas head coach, Mark Boucher, said he thought the score was good enough to defend, but his team gave it away with their bowling.

“I thought 222 was good. The wicket was really good and the ball tends to fly here. It went wrong with the bowling. We just bowled a couple of soft deliveries, which they managed to capitalise on.”

With matters level at 1-1, Quinton de Kock put faith in his attack, bolstered by the return of Dale Steyn, to defend in warm conditions in front of a full house.

Steyn, who replaced left-armer Beuran Hendricks, was one of two changes to the home XI. Jon-Jon Smuts was also benched in favour of home-boy Heinrich Klaasen.

England had an enforced change, with Joe Denly unable to play because of illness and Dawid Malan making an appearance on the tour as the visitors ended their stay as they began it – players struggling with health on the Highveld.

Morgan was concerned with the poor health in the group and said it was something England need to look into for their future travels.

On the field, the combination of Temba Bavuma and Quinton de Kock once again laid a solid foundation for the Proteas upfront, the pair racing to an 84-run partnership.

But England’s Mr Reliable, Ben Stokes, was introduced into the attack in the eighth over. And as is often the case, he made the much-needed breakthrough.

With England gasping for a wicket, he foiled De Kock, who chipped a slower ball to deep square leg. Jonny Bairstow took the catch. The South African captain was out for 35 off 24 balls, four of which disappeared into the crowd.

Three balls later England were celebrating again, nabbing the prized wicket of Bavuma, who looked like he was up for a good time on the day.

This time it was Adil Rashid who struck.

His quicker ball went straight on and surprised Bavuma, who had played beautifully for 49 off only 24 balls. His exit meant South Africa now had two new batsmen at the crease.

In came Klaasen, and the batsman was in inspired form. He hit four sixes and four boundaries at a strike rate of 200 before falling to Tom Curran.

He top-scored for the Proteas with 66 runs under his belt. His contribution seemingly took the game away from the English.

During his time at the crease, Klaasen also partnered with the explosive David Miller for a 36-ball 64-run partnership.

After Klaasen’s dismissal, Miller held the torch to the end, scoring an unbeaten 35 to see South Africa to a total of 222 for six.

England’s chase started poorly with Jason Roy back in the sheds in the second over.

After hitting a superb six off Lungi Ngidi, Roy tried to do it again next ball. Instead, he sliced it high into the sky and saw Tabraiz Shamsi take a fabulous tumbling catch at third man.

In came Bairstow, and with the beleaguered Jos Buttler, put on an impressive 91-run partnership, smacking the Proteas bowlers all over the ground to stay on par with the required run rate.

Buttler then went for a ramp shot in the tenth over, off the bowling of Dwaine Pretorius. Instead, he skied it over his right shoulder, and Shamsi took another catch at third man – South Africa removing the reborn batsman for 57.

Three overs later Andile Phehlukwayo struck to remove the prized scalp of Bairstow, the burly batsman back in the changeroom for an important 64 off 34 balls.

Not long after, South Africa were celebrating once more. Malan bottom-edged a Shamsi ball to De Kock, who did well to snatch the low catch.

However, with the English brains trust of Eoin Morgan and Stokes in the middle, the visitors wrestled back control with some powerful hitting for the fifth wicket.

There was hope for South Africa when Ngidi had Stokes caught by sub fielder Hendricks in the 19th over.

That hope soon faded when a few balls later Morgan whacked a six, and then another.

Then he raised his bat for 55 off 21 balls. The English captain ended his innings – which included seven sixes and unusually, no fours – on 57 not out.

Moeen Ali, who made a match-winning cameo last time out, got the winning runs for England, stroking home a four to hand his team a five-wicket victory.

The win came with five balls to spare.

The English will leave extremely pleased with their efforts, securing six victories across the 10 games played across the Test, One Day Internationals and T20s. South Africa picked up three wins, with one match rained out.

There’s no respite for Boucher’s men as they welcome Australia in another three-match T20 series, starting on Friday, 21 February.

They’ll be hoping to hit the ground running in applying the lessons learnt from this English defeat. DM