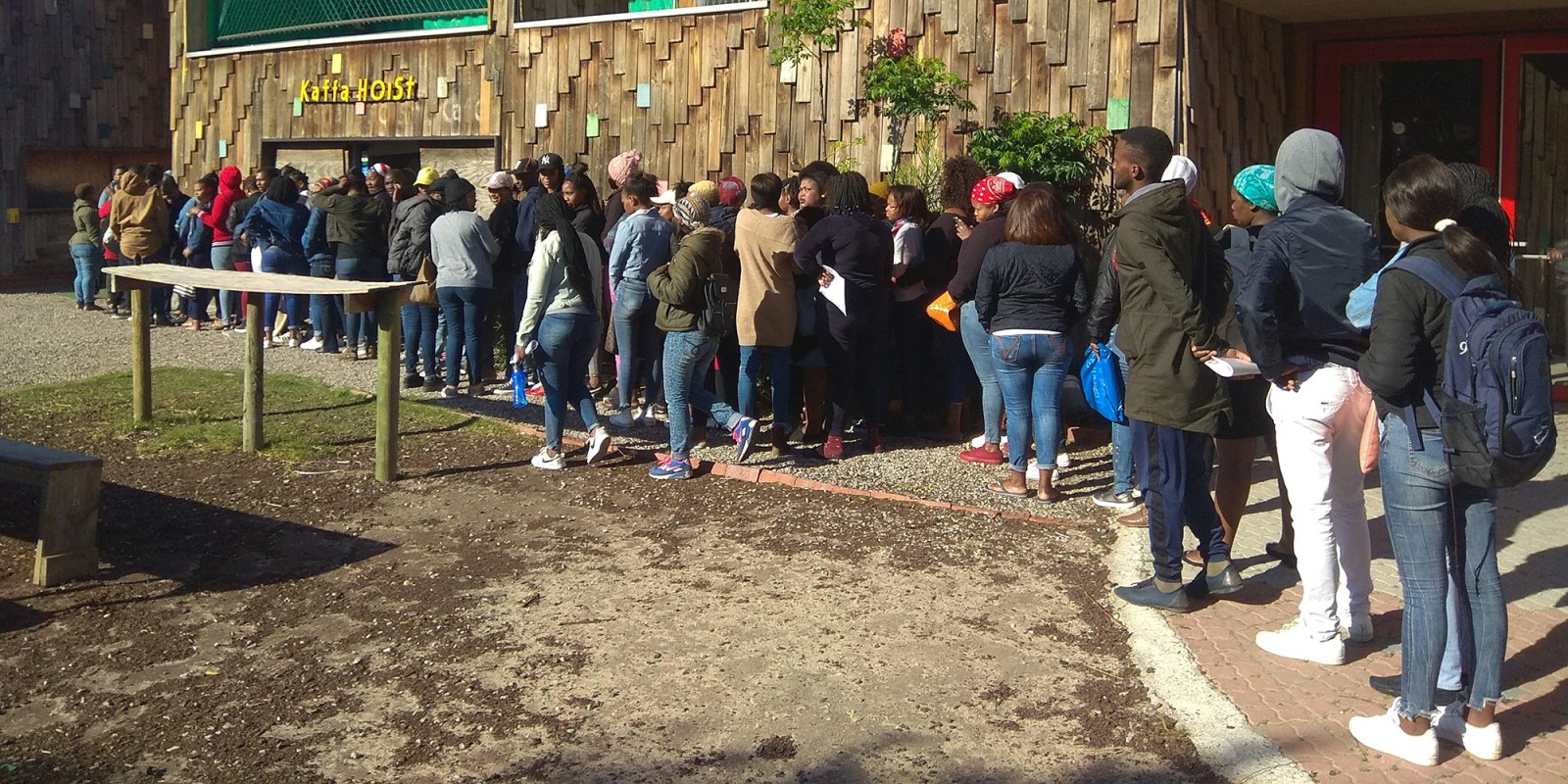 South Africa’s slow economic growth has had a detrimental impact on the youth, with close to two-thirds sitting without work. Ramaphosa said this year’s SONA was about ‘inclusive growth’, making a number of promises to eradicate the youth unemployment crisis and give young people meaningful access to the economy.

Ramaphosa raised what he has continuously called the “crisis” of youth unemployment during his SONA 2020 speech.

Statistics released this week by StatsSA show that close to 60% of youth aged 15 to 24 years old are unemployed.

During his address, Ramaphosa outlined that a two-pronged approach was necessary to combat joblessness among the youth: access to jobs and entrepreneurship opportunities.

The Presidential Youth Employment Initiative, which Ramaphosa also discussed during a pre-SONA dialogue in Cape Town, is the primary plan that the government will implement to combat the crisis at hand.

An unstipulated portion of the budget will go towards the youth employment initiative. Finance Minister Tito Mboweni will dispense further details on the funding of the initiative during his Medium Term Budget Speech.

Government has also promised grant funding for 1,000 young entrepreneurs in the next 100 days, beginning on 14 February. The plan is to fund and train 100,000 young business owners over the next three years.

“Given the necessary support, young people can create their own opportunities,” said Ramaphosa.

The emerging digital economy is also set to benefit the youth with the potential for data costs to be reduced across “pre-paid monthly bundles”, further discounts for low-income households, free daily allocation of data and free access to educational and other public interest websites.

“We have young people who have education qualifications who cannot find jobs in this economy so the question is not having access to skills, it’s about having skills and still not being able to find jobs,” he told Daily Maverick before the SONA.

He also felt that Ramaphosa needed to be more “in touch” with the realities of ordinary South Africans.

The reality is that for many young people, the barriers to job-seeking are often discouraging.

Organising for Work, a movement which helps alleviate the burden of job-seeking, shared experiences of some it’s young members with Daily Maverick.

Unathi, 26, (who didn’t want her surname included) from Khayelitsha, said paying for paper-based applications limited the number of times she applied for jobs.

“It costs the youth money for printing and postage.”

She also said the government was not making enough of an effort to engage with youth on their issues.

Pamela, 33, from Gugulethu, said the cost of travelling to interviews was an issue.

“No one comes to the townships to interview the youth.”

She felt there should be more investment in building township economies.

“The government would have to bring industrial business into the township and create a safe space so investors can invest in the township. They would fund and work with NGOs and NPOs who are working at [grass] roots level.”

But beyond tackling youth unemployment, other promises were made to young people during this year’s SONA.

Immediate interventions were promised in the education sector with the promise of nine new TVET colleges spread between the Eastern Cape and KwaZulu-Natal and a new University of Science and Technology in Ekurhuleni.

“Ekurhuleni is the only metro in our country that does not have a university.”

Government is spending R64-billion over the next few years building student housing, with a plan to offer investment opportunities to the private sector too. DM