The Great Impeachment Vacuum at the Goodwill Hose Company 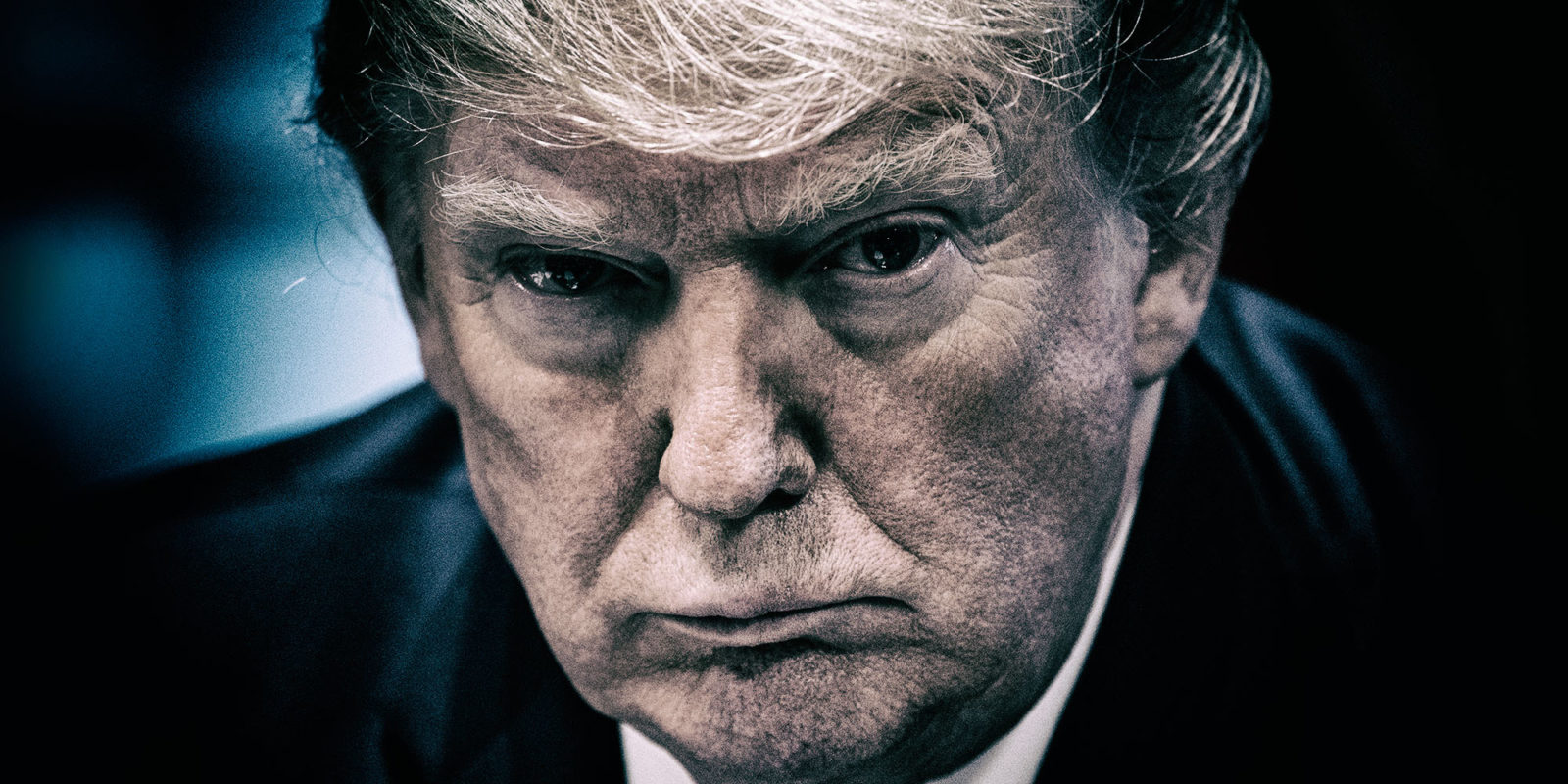 Is America snoozing its way through history?

In 1831, a bright young aristocrat named Alexis De Tocqueville received a commission to study American prison reforms. But as we say here in Trumpland, the Frenchie played hooky on his assignment.

True, he did spend one week interviewing every prisoner in Pennsylvania’s Eastern State Penitentiary. But much of the rest of his nine months he spent steamboating and stagecoaching his way around North America, focusing on small towns like Milledgeville, Georgia, and Eerie, Pennsylvania.

In his classic four-volume Democracy in America De Tocqueville promulgated the idea with which, today, he is most closely associated: that modern democracy depends, above all, on what South Africans call “civil society”.

“Americans of all ages constantly unite,” De Tocqueville wrote with untrammeled admiration. “Not only do they have commercial and industrial associations in which all take part, but they also have a thousand other kinds: religious, moral, grave, futile, very general and very particular.” De Tocqueville implied that if people ever stopped forming such groups — or if those associations stopped paying attention to the world — then democracy itself would be at risk.

Fast forward almost 200 years. Donald J Trump, only the third US president to ever be served with articles of impeachment by the House of Representatives, has just been acquitted by the US Senate of abuse of power and obstruction of justice. And I’m spending the evening in my adoptive town of Sunbury, Pennsylvania, hanging out at the Goodwill Hose Company.

As if to prove De Tocqueville’s point, Sunbury today, population 9,500, contains an array of such clubs that would put a 10-times-larger South African town to shame. Forget the Rotary Club, the Lions and the Freemasons, all represented here — and these institutions of course spread to South Africa from precisely these parts.

Put aside the Broederbond, all those secret meetings, fuelled by biltong, whiskey, subterfuge, and pipe smoke.

No, a local Sunburian can join — to mention just a sampling — the Elks, Mooses, or Eagles; the Veterans of Foreign Wars or the American Legion; the Number Ones, Americus, Rescues, Goodwills, or Friendships; the Susquehanna Valley Conservatives or the more liberal American Civil Liberties Union.

At 10pm on any given weeknight, at least 20 nondescript looking buildings like this one will host women and men sitting around a bar. Membership runs anywhere from $20-$40 a year. In return, you get dirt-cheap beer and hamburgers; the right to smoke indoors and to gamble; small-town companionship; and above all, the sense of supporting a charitable mission.

Sunbury, for example, is served by six all-volunteer fire companies, which draw their funding almost exclusively from food, drink and gambling sales. A few years ago, our large wooden house sprang a natural gas leak. We called 911 and within five minutes we were surrounded by six fire trucks, sirens flashing, hoses at the ready — all their fancy equipment funded by $1 pints of Yuengling Lager.

So tonight, when Amanda, the Goodwills bartender, asks me if I want to “write in the book”, the weekly raffle, I say, sure. I write down my name and Hose Company Membership Number. I make a mental note to stop by again next week to check if my name is written up in chalk on the board.

Meanwhile, all the past week long, the airwaves have been full of news of that other, much more political gamble — the Democrats’ filing of articles of impeachment against the president.

The conservative National Review has called Trump’s inappropriate actions in Ukraine “a comparative trifle” compared to the Democratic Party’s abuses of power, such as Clinton’s hiring of Brit-spy Christopher Steele to dig up dirt on Trump. The left-leaning Washington Post, on the other hand, has accused Republican senators of “muzz[ling] potential witnesses” and argued that, given these guilty-looking obfuscations, the only legitimate vote would have been to convict.

Centrist Andrew Sullivan has perhaps most succinctly summed up the perspective of most of my university colleagues, that it is not even the specifics of that fateful phone call with Ukrainian President Zelensky that pose a threat to American democracy, but rather the partisan rhetoric of our times: the characterisation of the media as “enemies of the people”; the dismissal of professional intelligence reports as a “deep-state coup”; the labelling of the Mueller investigation as a “witch hunt.”

According to this view, the United States faces its own moment of attempted “state capture,” where any investigations of potential wrong-doing are automatically construed as partisan persecution.

What about here, in the Goodwill hose company?

Someone puts a country hit I don’t know on the jukebox. The haze of cigarette smoke makes it hard to breathe.

I ask my neighbour, Jim, wearing a biker jacket and a long grey beard, what he thinks of the impeachment trial. (I’ll change names in this article, since I did not give my bar companions fair warning I might be writing about them).

“All just politics,” he says, swiping away the question like an annoying mosquito. “Fighting, bullshit. I don’t really care.”

What interests him and his wife, Jane, is a story popping up now on the TV, about a contestant who has falsely claimed she was bullied at school, in an effort to win sympathy from her desired date.

“I hate it when people make up stories like that, to try to play the victim,” Jane says, while smoking a cigarette and sipping a frosted glass of Budweiser.

“Like our president?” I wonder, but I don’t say anything. The crowd’s having fun. I don’t want to squash the mood.

The bartender, Deb, stoops to take my drink order. “Eggs?” she asks, then, and I shake my head, no, I’ve already eaten supper, only to understand too late that I have misunderstood the question. Standard fare in the Goodwill Hose Company is for local farmers to leave surplus produce to be handed out to members for free. Last time I was here, I got a free box of broccoli.

By the time I recover, the other patrons have snapped up all the egg cartons.

“You snooze, you lose,” as we say in Sunbury.

Is America snoozing its way through history? A recent The Economist column about American apathy towards the impeachment trial was titled “Voting with their eyeballs”.

Kyle, with a long, brunette mullet and baseball cap, is a farmer from across the wide Susquehanna River. He and Jim now get into a round of competitive macho storytelling about their most epic takedowns of high school bullies.

“Always pick the biggest guy and hit him hardest,” Kyle advises me. “If you can take down the alpha dog, the others will run scared.”

But what if the bully is backed by a majority of US senators? Sometimes, as under both apartheid and Zumafication, the thugs get the backing of the government itself.

“One thing’s for sure,” Jim says now, perhaps thinking still about my political question. “I couldn’t ever become president. All that drug-taking, weed-smoking, and sex!”

I try one more time, lamely, to turn the subject around to my worries as a South African-American, about the disturbing parallels between my adoptive country and my home one.

“And if you did become president,” I ask, “what do you think Congress might impeach you for?”

“It doesn’t matter,” Jim insists, “because I could never become president to begin with!”

We laugh, but it’s true: nobody wants this conversation. Tonight, at least, we’re all bored to death with our government for, by, and of the people.

So I drop the topic. On cue, a Bloomberg-for-President ad comes on the television, but I’m the only one who notices, because now the conversation has shifted to jobs.

The census is hiring. So is the Department of Road Works, building a big bridge over the river right to our north. Better cash in on the boom right now, we all agree, because who knows what lies around the corner? What troubles await a mile or two down the road that winds so slowly through woods and farmland? DM