Harmony picks up world’s deepest mine, setting the stage for AngloGold’s SA exit 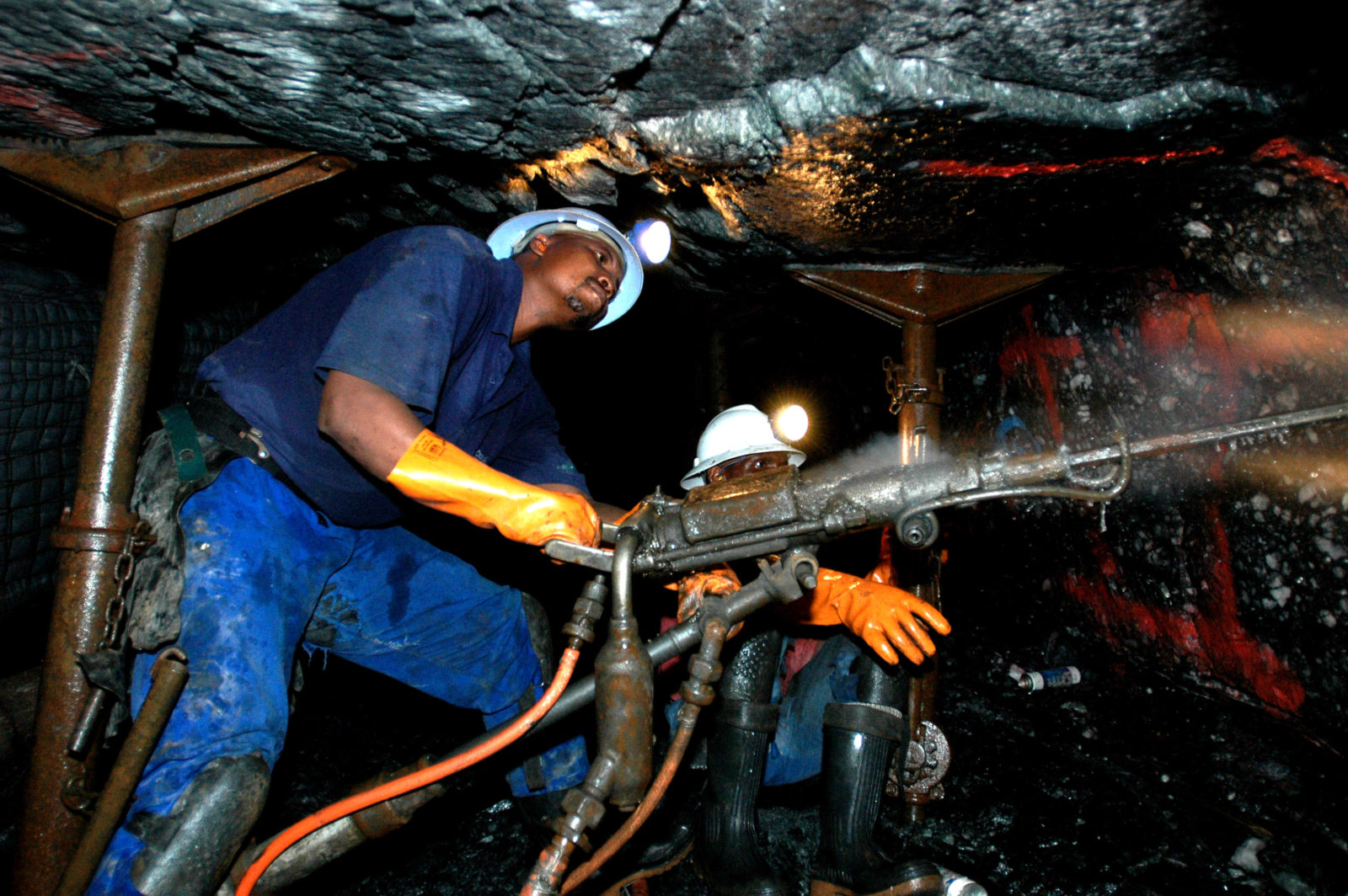 Miners drill underground at Anglo Gold Ashanti's Mponeng gold mine near Carltonville. AngloGold said the sale of the world's deepest mine to Harmony Gold was in keeping with its strategy of focusing on higher-return assets elsewhere, such as in Ghana.(Photo: Naashon Zalk / Bloomberg via Getty Images)

Harmony Gold has just sealed the deal to acquire Mponeng, the world’s deepest mine, from AngloGold Ashanti. This sets the stage for AngloGold to focus on its global stable, probably from the vantage point of a London primary listing.

Nine months after posting a “For Sale” sign on Mponeng, the world’s deepest mine, AngloGold has reached an agreement to sell the asset, the surface operation Mine Waste Solutions and some others, to Harmony Gold. The announcement was made by both companies in separate statements on Wednesday, 12 February, and the deal is still subject to certain conditions.

The amounts involved – $200-million upfront in cash, with deferred payments that could over the course of several years reach $470-million – are not huge, but the deal in many ways is a blockbuster in the history of South African mining.

For starters, Mponeng extracts gold at unprecedented depths, 4km below the planet’s surface, and with an injection of capital could extend its reach and produce profitable ounces for several more years. This was on Harmony’s mind as it seeks to add ounces to its portfolio with the purchase, which will be funded from credit facilities and cash resources.

AngloGold said the deal was in keeping with its stated strategy of focusing on higher-return assets elsewhere, such as in Ghana where it is rebooting its historic Obuasi mine into a profitable, mechanised operation. Mponeng, despite its ear-popping depths, is a conventional and labour-intensive operation.

For AngloGold, the sale also sets the stage for its historic departure from the South African mining scene. Anglo American years ago ceased being a gold producer, but AngloGold carried the “Anglo” name into the depths of the Witwatersrand. Speculation is now rife that the company, with no producing assets left in South Africa, will seek a primary listing in London.

“I see this sale as both a signal that AngloGold is bearish on South Africa’s future and also it is a strategic move as they’ve sold when the gold price has risen and going up,” Lara Smith, director of mining-focused Core Consultants, told Business Maverick.

For Harmony, the move will likely bring in profitable ounces, especially if gold remains elevated at its current levels near $1,600 an ounce, helped by low-interest rates and global political uncertainties. But it also raises the company’s “risk” profile at a time when its portfolio could do with some “derisking”. In Papua New Guinea, for example, its potentially lucrative Wafi-Golpu project has been hampered by political interference.

One of AngloGold’s big achievements in 2019 was its safety record: for the first time ever, there were no fatalities at any of its operations worldwide. That included Mponeng, where it has demonstrated that mining can be done safely at such astonishing depths. Harmony, by contrast, had three fatalities in the last six months of 2019 in South Africa. So Harmony’s approach to safety in Mponeng will be among the many things that will be scrutinised after it takes over the day-to-day management of the mine. Especially if it does take the decision to go even deeper, where enticing deposits with high grades lay.

Such decisions will hinge largely on the gold price. Harmony reported interim results on Tuesday, 11 February which showed a brisk swing into a profit of R1.3-billion from a small loss in the corresponding period the year before. This was driven largely by the gold price.

“We believe Harmony delivered a poor performance, with the gold price doing the heavy lifting,” Nedbank said in a note on the results. The company also faces declining grades at some of its operations, which curtail its ability to take more advantage of a rising gold price. A reversal in gold’s bull run will hurt Harmony’s margins and would be a big obstacle to expanding Mponeng.

On the other hand, if gold maintains its climb, the sky may be the limit far below the surface of the N12 highway. BM