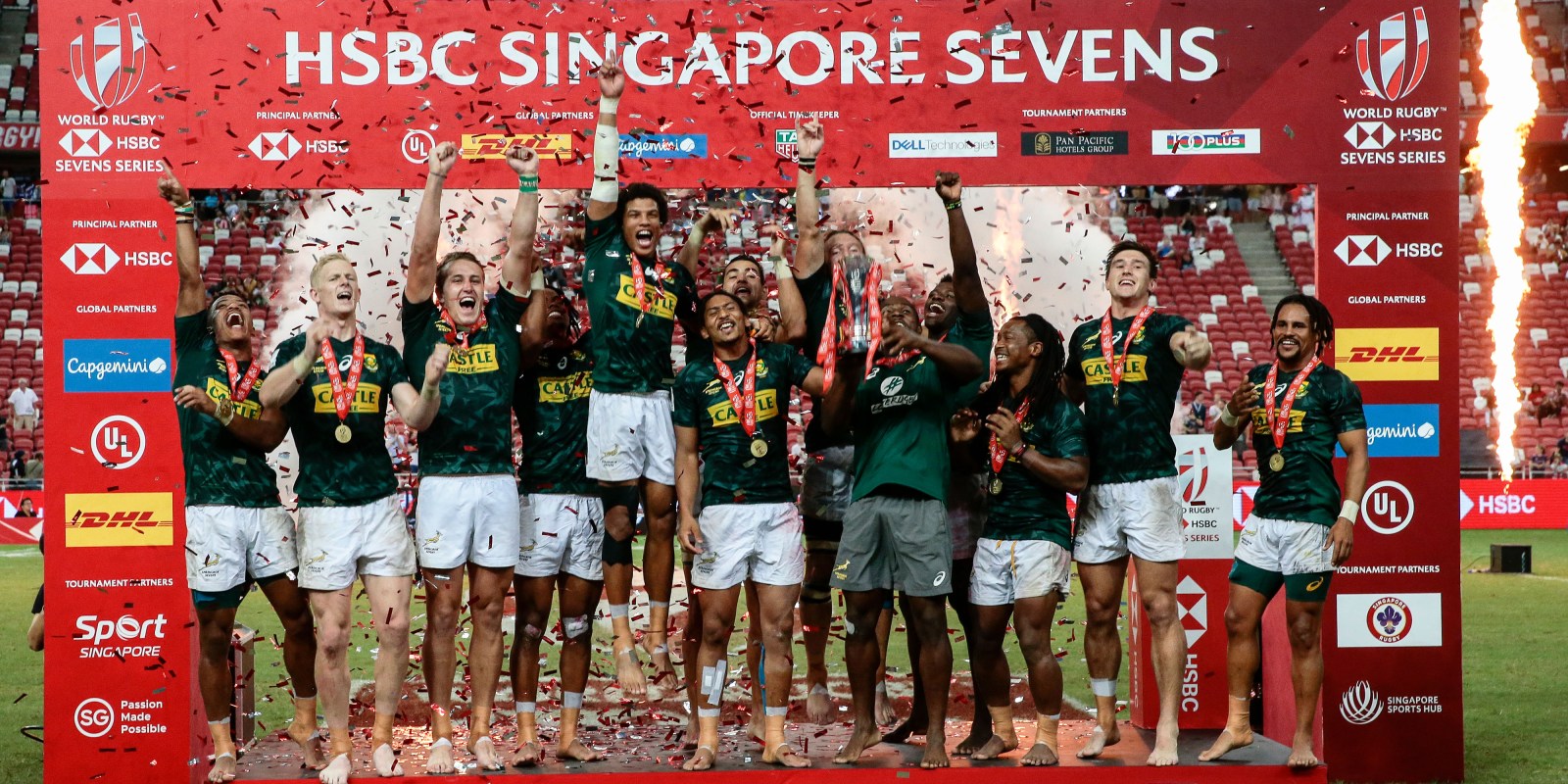 Over the last 24 hours the severity of impact of coronavirus caused the postponement of three major global sporting events, with more likely to follow.

On Thursday, 13 February, 2020 World Rugby took the unprecedented step to postpone the Hong Kong and Singapore legs of the 2019/2020 HSBC World Sevens Series due to the threat of the Novel coronavirus outbreak.

Those two tournaments, which are rounds seven and eight on the 10-stop global showpiece, were due to take place in April 2020 and have been rescheduled for later in the year. Singapore has been pencilled in for October 11-12, 2020 and Hong Kong will follow a week later.

That means that the current World Series will not be completed before the 2020 Olympic Games in Tokyo, which takes place from July 24-August 11, 2020.

The Blitzboks are currently second on the standings behind New Zealand after four rounds of the 2019/2020 World Series.

“The health and safety of our players, fans and everyone working on the event is always our highest priority,” World Rugby said in a statement.

“This prudent decision has been taken in order to help protect the global rugby community and the wider public and was taken based on the World Health Organisation and relevant public authority travel and health guidelines. The decision is fully supported by stakeholders, including unions and commercial partners.”

In the 20-year history of the World Sevens Series there has never been a tournament postponement. The Hong Kong Sevens is considered the blue riband event of the global sevens calendar. It predates the establishment of the World Series and has been played every year since 1976. That sequence should continue, although the severity and long-term impact of coronavirus is difficult to predict.

No alternative date for the Chinese Grand Prix has been finalised.

“The Chinese Grand Prix has always been a very important part of the F1 calendar and the fans are always incredible,” Formula 1 said in a statement. “We all look forward to racing in China as soon as possible and wish everyone in the country the best during this difficult time.”

The virus was first detected in the Chinese City of Wuhan in December 2019 and the latest figures suggest that it has spread to 28 countries.

Wuhan is effectively on lockdown and global travellers are being monitored for signs of the virus at most entry points around the world as countries attempt to contain its spread. The last report from the World Health Organisation revealed that 1,369 people had died from the virus with 60,000 confirmed cases.

Besides the latest events to be postponed, Chinese sports have been severely impacted. In Football the Chinese Champions League matches have been postponed until May 2020.

In Athletics the World Athletics Indoor Championships, which had been scheduled in Nanjing, China from March 13-15, 2020, were postponed until next year. World Athletics is still in discussions with organisers to settle on a date to host the biennial event in 2021. The Asian Athletics Association cancelled its February 12-13 indoor championships in Hangzhou.

There have also been cancellations and movement of several Olympic qualifying events for boxing and basketball. In golf the prestigious LPGA Blue Bay tournament scheduled for March 5-8, 2020 in Hainan China was cancelled.

The virus could have an impact on the Olympics too, especially after 174 people on board a cruise ship in Yokohama dock, just south of Tokyo, tested positive for the virus. All the passengers and crew are currently in quarantine in Yokohama. DM