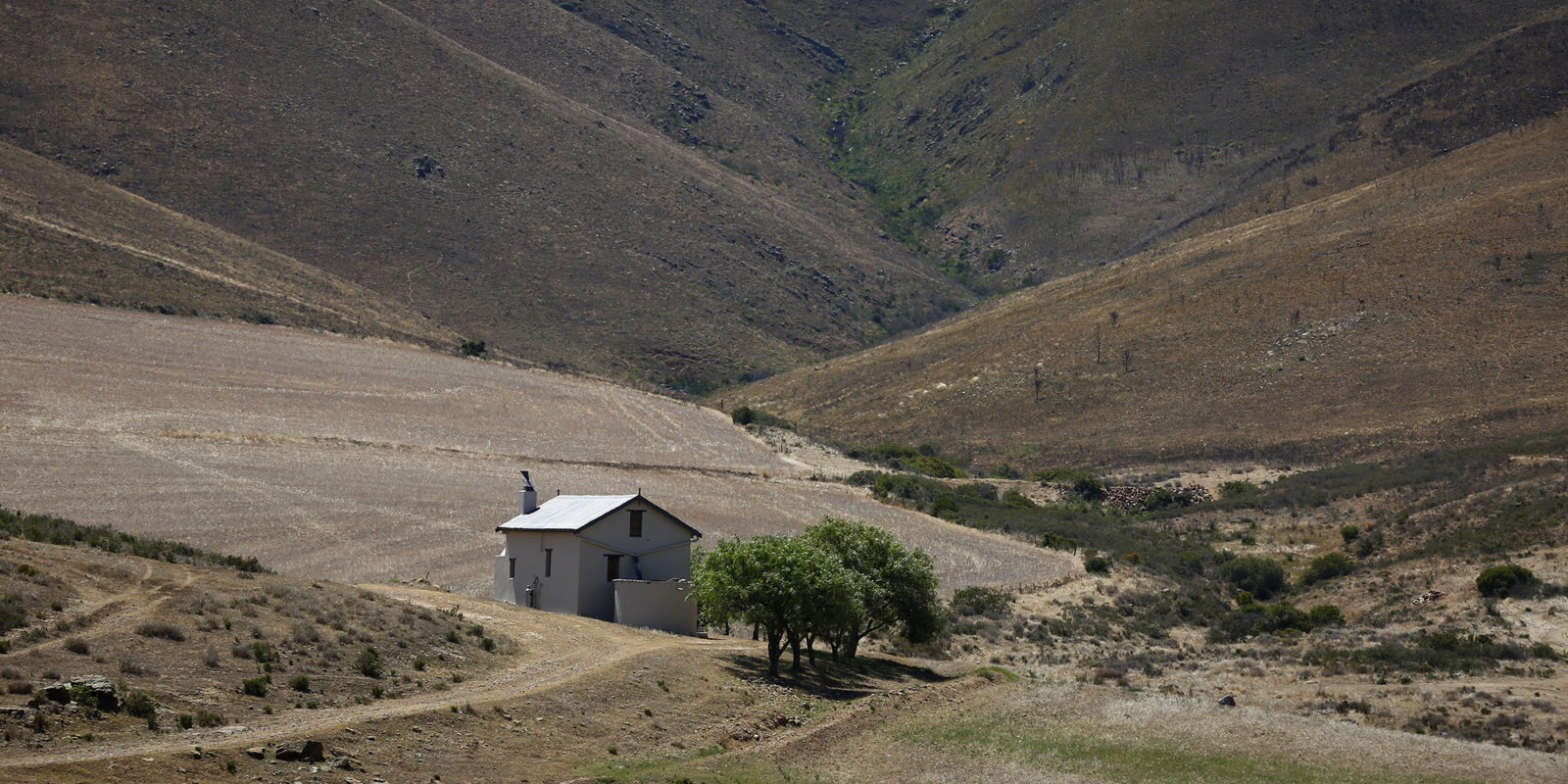 It remains to be seen whether Agriculture, Land Reform and Rural Development Minister Thoko Didiza, and possibly Parliament, must go to the Constitutional Court to request an extension on fixing the unconstitutional discriminatory provisions of the Upgrading of Land Tenure Rights Act.(Photo: EPA-EFE / Nic Bothma)

As Parliament’s ad hoc committee to amend the Constitution’s Section 25 gears up for public hearings on compensationless expropriation, insecurity hangs over ownership rights in townships and former bantustans. A failure to timeously amend legislation as the Constitutional Court ordered, now needs a last-minute dash to fix the uncertainty. It shows the complexities of land beyond the rhetoric.

The deadline is 30 April 2020. The legislation that must be passed by Parliament by then is an amendment to the Upgrading of Land Tenure Rights Act, whose provisions were found to unconstitutionally discriminate against black African women when tenure rights are converted to ownership.

In brief, Matshabelle Mary Rahube turned to the courts after her brother tried to evict her from the Mabopane home she’d lived in since the 1970s, for many years without him. Now in a township within the Tshwane Metro, the house formerly fell into the Bophuthatswana bantustan whose administration in 1988 gave a deed of grant to Rahube’s brother – only men, as heads of households, could benefit from such upgrading of tenure rights to ownership.

On 30 October 2018, the Constitutional Court confirmed the finding of unconstitutionality and invalidity by the Pretoria High Court in September 2017. Parliament was given 18 months to fix this defect, with a deadline of 30 April 2020.

But over the past year-and-a-half neither the national legislature, which is constitutionally empowered to initiate legislation, nor the land affairs and rural development ministry moved to ensure the court-ordered deadline would be met in good time. Now it’s a rush, raising questions over the impact on quality lawmaking, or government and the national legislature having to go cap in hand, so to speak, to the Constitutional Court requesting an extension.

If Cabinet approves the draft law at its Wednesday meeting, as is expected, the bill then will go straight to Parliament for legislative processing. It’s an unusual move as the traditional departmental public hearings will be ditched, but indicative of the time pressure.

“Cabinet will finalise the bill (on Wednesday). It will come straight to Parliament,” said the minister, adding she had taken note of the parliamentary legal advice that even if a draft law was introduced next week there would not be enough time to adopt the legislation in both Houses by the 30 April 2020 deadline.

“Our view was it would not take Parliament that long. We are working with the justice minister and state law advisers to approach the Constitutional Court for an opening (to extend the deadline).”

That’s not to say Parliament should steamroller the bill, or not do the public consultations, Didiza later added.

It was an important comment, as previous legislation had been found unconstitutional precisely because of rushed public consultations. The 2014 Restitution of Land Rights Amendment Act is one such example.

Meant to reopen the land claims window shut on 31 December 1998, it was ruled unconstitutional in mid-2016 by the Constitutional Court, which also ordered that all claims that fell within the first claim window had to be finalised first.

Effectively left in limbo were the about 160,000 claims lodged when the new window opened in mid-2017. Parliament was given two years to mid-2018 to fix this defect, although to date no new law has been brought either by the national legislature — an ANC initiative to bring a private member’s bill petered out — or the rural development and land reform ministry.

“We have to reflect, given the timetable. We think it will take time to resolve the older order claims (filed by December 1998),” Didiza told MPs.

More concrete steps are underway regarding communal tenure legislation, even if it’s taken some 10 years to get here. In 2020 the Constitutional Court declared unconstitutional, due to a technicality of tagging in the parliamentary legislative pipeline, the 2004 Communal Land Rights Act (Clara).

In the intervening decade, repeated consultation and workshops unfolded, and a draft law was published for public comment by the rural development and land reform department in July 2017. It has not yet been tabled in Parliament.

Tuesday’s briefing documents to MPs show new communal land tenure legislation should be tabled in Parliament in October 2020, after a study tour to Botswana, Tanzania and Uganda in February and March 2020 and a land summit with traditional leaders in May 2020.

“We appreciate there has been a delay. It’s priority legislation for this year,” said Didiza, also announcing that the land summit with traditional leaders would also include “their communities”.

Historically, traditional leaders have claimed if not ownership, then custodianship and guardianship of communal land where some 16 million South Africans live. And traditional leaders’ opposition to other land-related laws has stalled the full implementation of, for example, the 2015 Spatial Planning and Land Use Management Act (Spluma). In its preamble, the law stipulates that it is “to provide for the inclusive, developmental, equitable and efficient spatial planning at the different spheres of government”.

Didiza acknowledged “this law has been there, but its application has been delayed” in her briefing to MPs. “It’s implementation hinged on traditional leaders, (but) they’re saying there has not been enough consultation.”

Coincidentally, traditional leaders are on public record saying that communal land should not be available for land expropriation without compensation.

The ad hoc committee on amending Section 25 of the Constitution at a recent meeting agreed they would “introduce” themselves to traditional leaders as part of the public hearings.

Those have now been scheduled, at least roughly, to start from 20 February in Limpopo and Northern Cape respectively.

The ad hoc committee will ask the National Assembly to extend its lifespan from the end of March to April 2020 to facilitate the countrywide public hearings.

The legislation of general application, the expropriation law, needed to give effect to a constitutional amendment to expressly allow for land expropriation without compensation has yet to reach Parliament.

With just 10 weeks or so left, it remains to be seen whether Didiza, and possibly Parliament, must go to the Constitutional Court to request an extension on fixing the unconstitutional discriminatory provisions of the Upgrading of Land Tenure Rights Act.

It’s not a good place to be in. DM