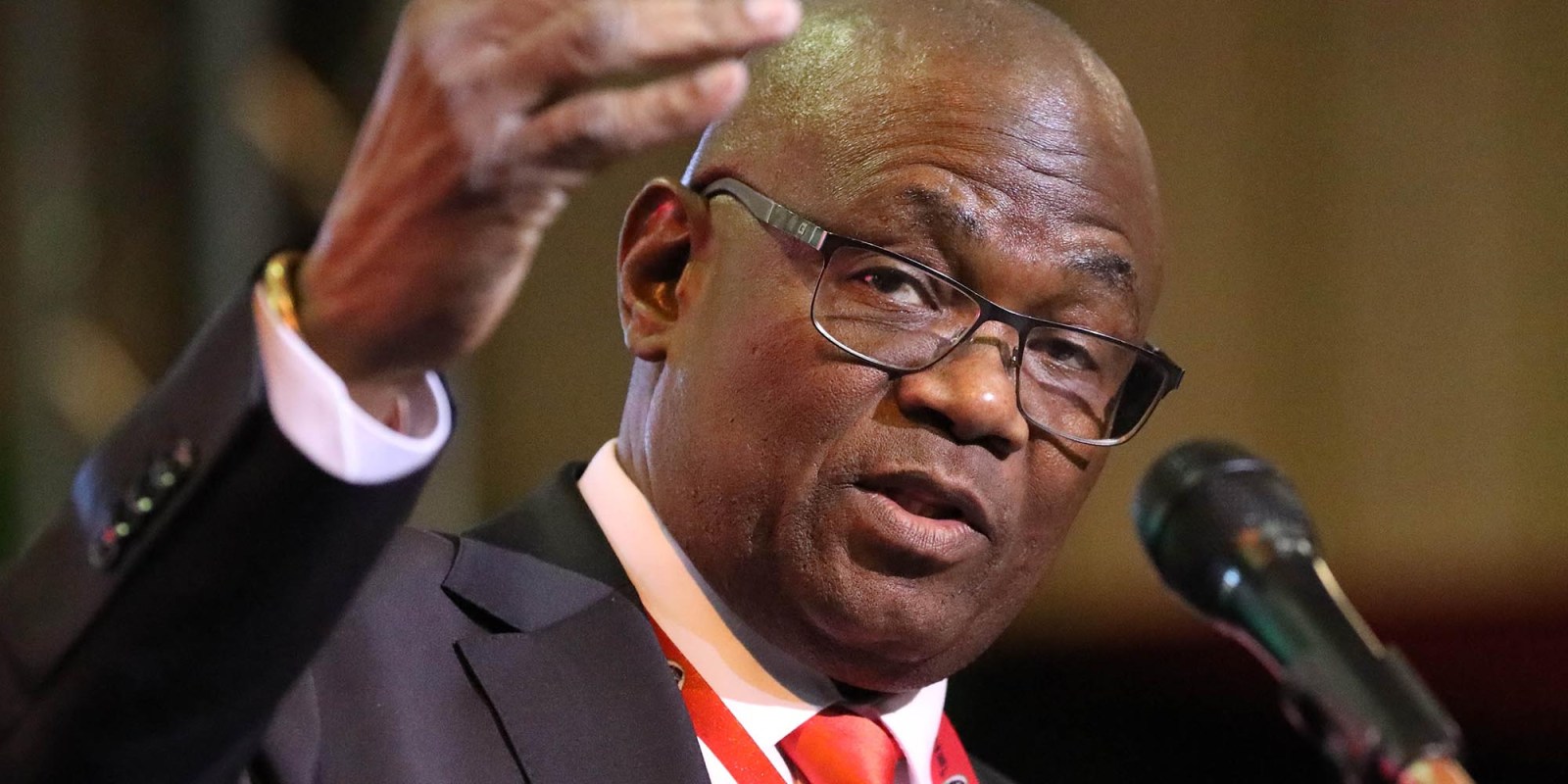 An interview with Mugwena Maluleke, a board member of the Public Investment Corporation and general secretary of Cosatu affiliate the South African Democratic Teachers Union, on the federation’s proposal to raid government employee pension fund savings to rescue Eskom.

Mugwena Maluleke is one of the few trade unionists in SA who holds sway in two important worlds. Maluleke is a board member of the Public Investment Corporation (PIC), which is the largest asset manager in Africa, managing R1.8-trillion worth of government employee pension savings on behalf of the Government Employees Pension Fund (GEPF).  He is also the general secretary – a de facto CEO role – of the South African Democratic Teachers Union (Sadtu), which is affiliated to labour federation Cosatu and the ANC.

His dual roles have put him in an awkward position since last week when Cosatu proposed that government pension savings (managed by the PIC) and funds managed by state-owned development finance institutions (DFIs) – the Industrial Development Corporation and Development Bank of Southern Africa –  should be raided to pay down a portion of Eskom’s R450-billion debt.

Arguably, it would be an act of benevolence by the PIC and other DFIs. No returns have been offered for the institutions agreeing to bail out Eskom and no clear case was presented for how the struggling power utility will be restructured.  Business Maverick quizzed Maluleke about the Cosatu proposal.

Question: Is the PIC board willing to consider the Cosatu proposal?

Answer: The PIC is an independent entity governed in terms of the PIC Act. It will take its decisions independently, based on risk analysis, due diligence and an impact study (to weigh up factors such as returns). The PIC hasn’t been approached on the Cosatu intervention. Once it’s approached by the parties to Nedlac, it will exercise its fiduciary duty and based on internal processes it will make a decision.

Q: Does the PIC board have a view on the merits of the proposal?

A: There is no view currently.

Q: Is the PIC comfortable to use the money it invests on behalf of government employees to bail out a power utility with a broken operating model? After all, Eskom is in a dire financial position, with insufficient revenue from electricity sales to service its debt and interest payments.

A: I cannot speak on behalf of the PIC board in this question. The PIC board is independent and takes decisions based on its internal investment processes.

For the rest of the interview, Maluleke requested to speak in his capacity as the general secretary of Sadtu and not a PIC board member – even though the questions referenced the asset manager and his role in it.

Q: Does it worry you that members of the PIC board were not consulted or included in high-level Nedlac talks about Cosatu’s proposal? After all, the proposal, if approved, will have a far-reaching impact on the asset manager as good money after bad will be thrown into an unproductive power utility.

A: It would be dangerous to add the PIC or/and DFIs on Nedlac meetings. This may be tantamount to undermining the independence of the PIC and GEPF. These two organisations can be engaged by any stakeholder and they can deal with any matter in accordance with the laws governing them. It was correct not to engage the PIC at Nedlac. The PIC and GEPF are independent organisations and they can take decisions informed by their internal processes and mandate as contained in their respective laws.

Q: Do you think the proposal is workable?

A: It’s an important proposal and it’s informed by the concrete realities facing everyone in the country. I believe that if engaged, the economy can be de-risked by involving all parties to invest in the economy to ensure sustainable power that we all need. If Eskom workers come to the party and use their pensions to invest in saving power supply, it will help other stakeholders to have confidence, which is required in terms of investment.

Q: If the PIC, and by extension, the GEPF’s board of trustees (who are responsible for investment decisions and money allocations) agree to bail out Eskom, would the PIC board want certain conditions attached to the R250-billion? Conditions could include the money being guaranteed by the state and an already constrained fiscus.

A: The Cosatu proposal is not a bailout. We must go back to 2009 when the government bailed out the manufacturing sector after the 2008/9 financial crisis. That was a bailout because money was given to companies to safeguard the jobs and shield the economy. Cosatu proposes an investment by all stakeholders with clear conditions. The first is a guaranteed investment return, and the second dealing with corruption and consequence management. It’s not proposing a blank cheque but an investment option that wants to save the country from economic collapse. Cosatu wants to put the country first and doesn’t propose that workers’ money be put into a baseless basket or given to Eskom.

Q: The condition attached to Cosatu’s proposal to recapitalise Eskom’s balance sheet by the PIC and DFIs is that there should be no job cuts at Eskom and that the power utility should not be privatised. Surely restructuring Eskom requires making unpopular decisions such as cutting its bloated staff of 46,000 people and finding new ownership models for the power utility?

A: Privatising the entity means neoliberalism is the winner. It means unaffordable power supply. It means those who can afford will have lights and the poor will live in the dark. It means enriching private companies at the expense of the people. Eskom must not be privatised. Just look at the unaffordable health costs due to the privatisation of health in our country. It’s profit before life. BM