Informal settlements can be better planned 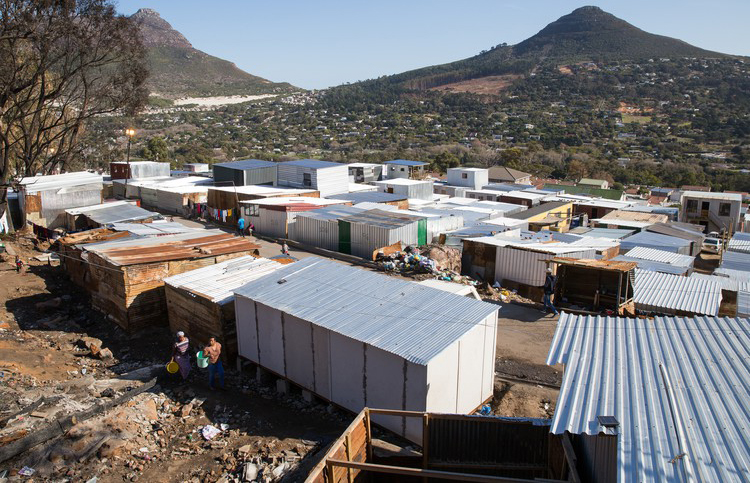 Archive photo of the Shooting Range in Imizamo Yethu which the City of Cape Town planned to reblock. Photo: Ashraf Hendricks

From their wooden shack in Imizamo Yethu in Hout Bay, Anna and her partner, Siya (not their real names) overlook a vacant stretch of land cleared for RDP housing. Siya arrived in Imizamo Yethu in 2003 from Ngcobo, Eastern Cape, and gradually established a small informal business selling “smileys” (sheep heads) to residents. The couple have endured winter floods and catastrophic shack fires. They have also witnessed violent conflicts over housing and land which have raged in the settlement.

They have been on the housing list for years, waiting patiently as the City of Cape Town goes through its spatial planning process in Imizamo Yethu called “super-blocking”.

Isaacs told us about various iKhayalami re-blocking initiatives in Joe Slovo settlement (adjacent to Langa) and in informal settlements in Sheffield Road in Philippi and BT Section in Khayelitsha.

The iKhayalami website describes re-blocking as a spatial design intervention that enables “the creation of demarcated pathways or roads, public and semi-public spaces all of which opens access for emergency vehicles”. It also involves the provision of infrastructure and basic services. To do this, re-blocking requires intensive consultation with residents in order to persuade them to dismantle their shacks and participate in community-led spatial planning processes that seek to make the optimal use of the limited land available.

The NGO often does re-blocking in communities that have experienced disasters such as floods and fires. Typically, informal settlements are overcrowded and inaccessible to emergency vehicles, allowing fires to spread rapidly. Although these re-blocking processes have been successful in some parts of the City, they have also encountered resistance and conflicts.

In all its re-blocking projects, iKhayalami has followed the principle that families get the same size upgraded shack as they had before, but in a reconfigured layout that allows for public open space, pathways and, importantly, clear access for the provision of services.

iKhayalami founder Andy Bolnick says, “The communities that we work with realise that while they wait for an RDP house that might never come, they can wait in dignity in an upgraded shack in a better layout that enables them to have toilets and taps inside their homes and safer public open spaces for women and children.”

Bolnick is critical of the ways in which “re-blocking” has been co-opted by some municipalities and been renamed “super-blocking”. She says “super-blocking” is very different to iKhayalami’s approach.

“To me super-blocking is a government co-option of re-blocking. It sees spatial planning from an engineering point of view, thinking first of roads and infrastructure, and second about where people fit in.”

Bolnick says that what happens within these demarcated plots is left entirely to residents and this typically ends up reproducing over-crowded and dense shack settlements. When people rebuild in this haphazard fashion, it re-creates the socio-spatial problems of the original informal settlement.

Jared Sacks in Expropriation of the Poor, an article stridently critical of re-blocking in informal settlements, argues the practice can best be described as “development in reverse”. Sacks, who makes no distinction between NGO-driven re-blocking and municipal super-blocking, says the spatial planning processes inevitably result in top-down, expert-driven interventions that displace residents and end up reducing the sizes of their shacks and homesteads.

Sacks provides specific examples from Estineni shack settlement in Ekurhuleni Municipality, and he suggests that re-blocking undermines residents’ autonomy by reducing the size of their plots and making it difficult to accommodate extended families. This, Sacks suggests, is one of the reasons why residents often embark upon community mobilisation and civil disobedience to resist these urban development initiatives.

Drawing on ideas that resonate with James Scott’s (1998) Seeing Like a State, Sacks concludes that re-blocking seeks to make neighbourhoods “more legible and easy for authorities to control [and] this subverts popular forms of democratic governance”.

However, evidence suggests that the story is much more complicated, as are the internal politics in the communities where re-blocking has been initiated.

In July 2019, I went to see a super-blocking site in Imizamo Yethu and met a local community “development broker”. He had been promoting the City’s super-blocking approach to in situ “upgrading” of informal settlements.

Although residents had dismantled their shacks and moved to the nearby Temporary Relocation Area (TRA), he said a group of “shacklords”, renting out shacks mostly to immigrants, had opposed super-blocking because they stood to lose rental income by virtue of being allocated a single, standard size serviced plot upon which to erect their home. He told me that his house had been burnt down. He alleged that the shacklords had spread rumours that some residents would be displaced to settlements further from the city because there would not be sufficient plots to accommodate everyone after re-blocking.

During the visit I was also told that the level of intra-community conflict over these concerns had dissipated, and that super-blocking was going ahead, notwithstanding a legal challenge to it.

Although both re-blocking and super-blocking no doubt attract considerable dissatisfaction and conflict, this does not mean that these interventions will inevitably produce such outcomes. It is the very specific configuration of local politics that influences how these spatial planning processes unfold. Where conflict is most likely to be generated in re-blocking and super-blocking exercises is when there is fear of displacement, or where there is concern that individual plot size will be reduced. These fears are often manipulated by shacklords and local politicians who seek to extend their own influence and access to land.

Sacks may be right when he suggests that there are sound reasons why some people may view these initiatives as detrimental to their autonomy, rights and interests. However, he conflates NGO-driven re-blocking with state-directed super-blocking, which is often implemented in a top-down, “one-size-fits-all” manner. Moreover, well-intentioned schemes to improve peoples’ lives may indeed end up adversely impacting upon residents’ lives and livelihoods, but Sacks errs when he implies that both re-blocking and super-blocking inevitably, and everywhere, undermine the well-being of the urban poor.

There are clearly no guarantees when it comes to these kinds of complex spatial planning initiatives, which often defy the timelines, plans and objectives of NGOs and state agencies.

Civil society and the state need to collaborate

Despite these challenges, after visiting Imizamo Yethu in July 2019, I left with some hope that shack dwellers such as Siya and Anna may, in the next year or two, find themselves in a formal housing settlement with tarred roads, waterborne sewage, electricity and the basic infrastructures of modern urban life. Meanwhile, there is likely to continue to be a complicated, and at times conflictual, relationship between small, flexible innovative housing projects and prototypes of NGOs such as iKhayalami, and the larger-scale, standardised, bureaucratic, better-resourced, and more technocratic, interventions of the state.

The complicated story of re-blocking and super-blocking in Cape Town suggests that what is needed is pragmatic policy and programmes that draw on civil society and state collaboration even though their approaches may seem incompatible. This will require housing activists who criticise state-driven urban housing interventions for being inherently top-down, bureaucratic and technocratic, to acknowledge the necessity for large scale programmes that expand the kinds of smaller-scale pilot projects that are typically run by NGOs. As Andy Bolnick observes: “There is always a danger that a well-intentioned pro-poor bottom-up peoples’ process, once acknowledged as a good practice, gets co-opted by the state which is inherently more technocratic. But this does not mean that organisations such as iKhayalami should not continue to work towards policy change in favour of the poor”. She also acknowledges that “the state remains a key player because it has the ability to replicate at scale”.

Notwithstanding all these challenges, and the kinds of problems that Jared Sacks has identified, there are still millions of shack dwellers in South Africa who, like Siya and Anna, continue to have faith in the urban development programmes promoted by NGOs, donors and governments. It is for this reason that organisations such as iKhayalami play such an invaluable role in promoting pro-poor democratic housing processes in South Africa. DM