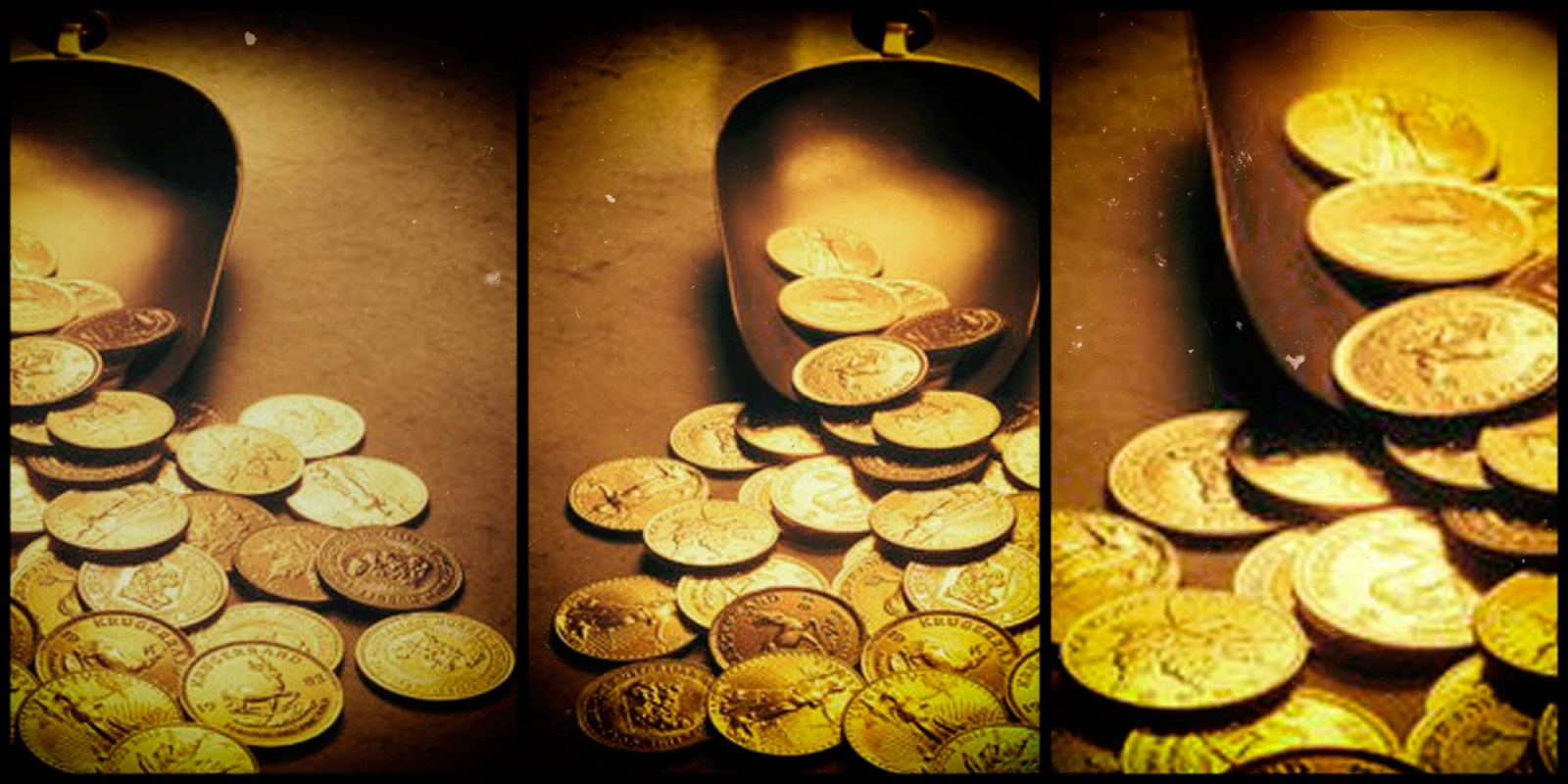 The Minerals Council South Africa has been putting together a portrait of junior and emerging miners in the country. Compared with the likes of Canada, there are hardly any to be found here. But there are a bunch of unlisted miners, and they are aiming big.

The Toronto Stock Exchange has 1,193 junior mining companies listed on it. Australia’s has 705. The JSE, by contrast, has only 10.

That is one of many revealing stats that have emerged from the Minerals Council’s latest survey of junior and emerging miners, which are defined as mining companies with annual turnovers that do not exceed R500-million. The survey was unveiled at the Investing in African Mining Indaba in Cape Town on Wednesday 5 February.

The mining industries in Canada and Australia have been built in large part on the backs of junior miners – a trend that shows up in the public listing data. In South Africa, by contrast, big players have historically dominated the scene, in part because of the massive capital requirements demanded by deep-level and often low-grade gold and platinum mining. 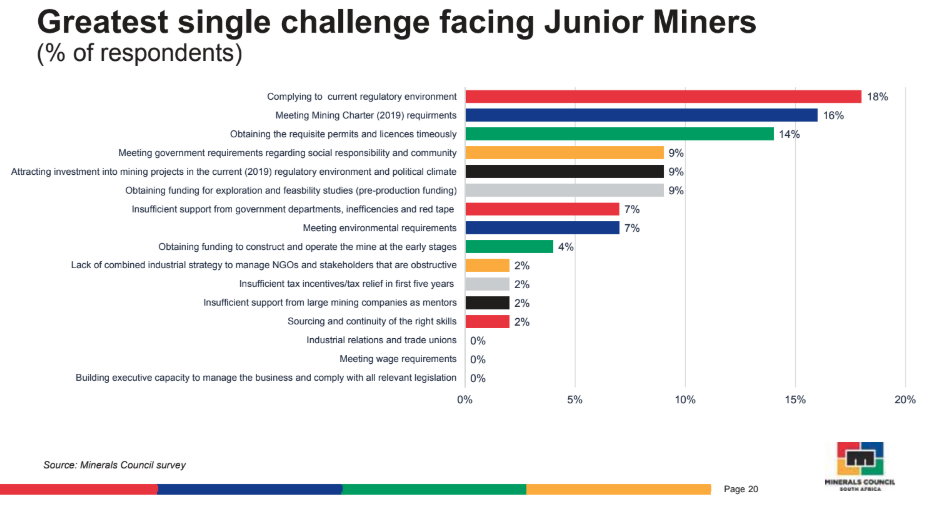 But the handful of juniors in South Africa – of which 30 are members of the Minerals Council – have big ambitions.

“Here, they want to go beyond exploration. They want to take projects all the way and build and operate mines themselves,” said Grant Mitchell, who heads the junior mining desk at the Minerals Council.

In Canada and Australia, junior miners typically carry out exploration activities and feasibility studies, meaning they find the stuff in the ground and then determine if it makes economic sense to extract it. But they then tend to sell out to established operators and go back to prospecting. 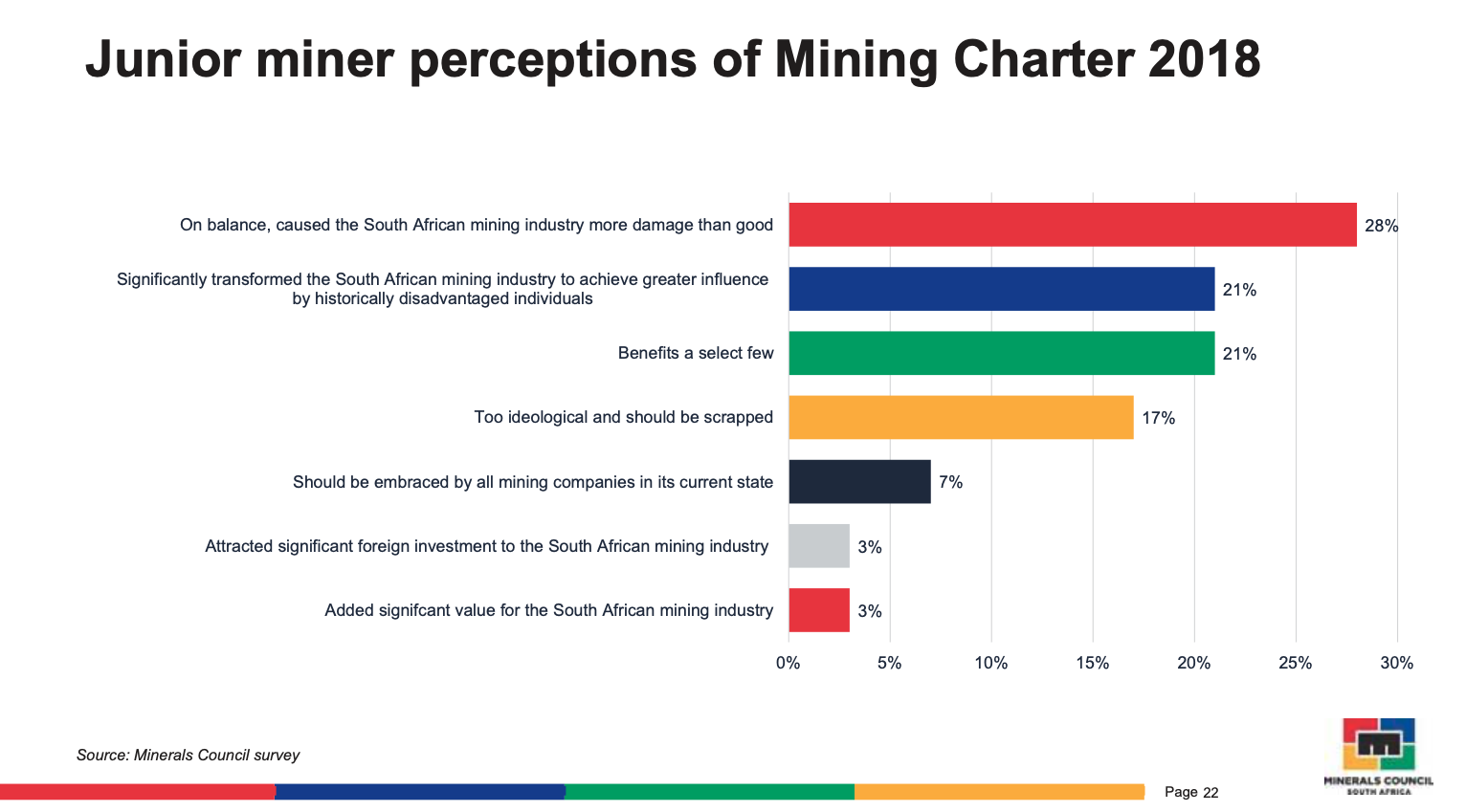 The portrait of South Africa’s juniors that is emerging is interesting. Their economic contribution in terms of revenue is estimated by the Minerals Council to have reached R54.4-billion in 2018, against expenses of R55.5-billion. So they are still in the red, but their economic contribution is not exactly insignificant. Indeed, juniors directly employ a workforce of 45,000, about 10% of total direct mining employment. 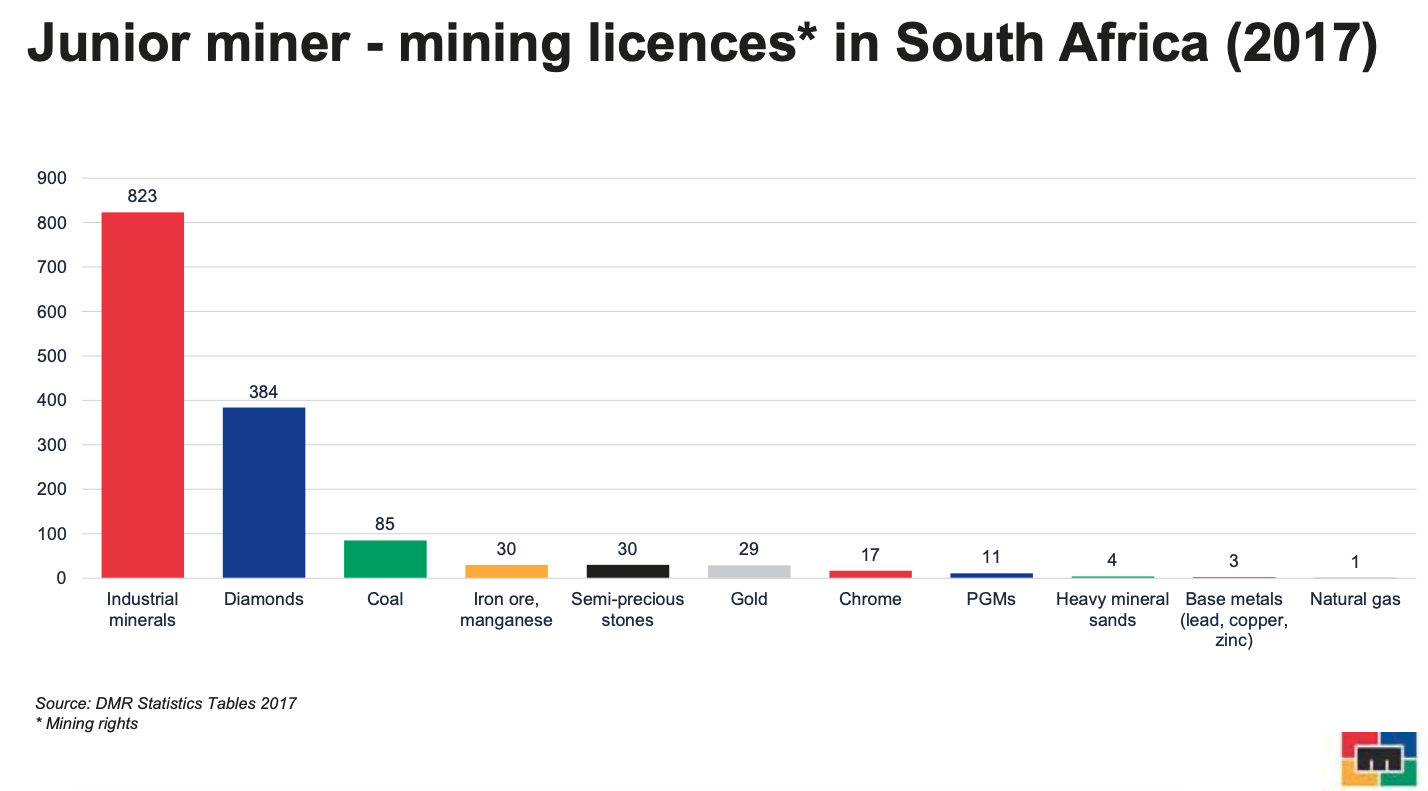 Of course, government red tape is among their concerns, and constraints to their growth. The Minerals Council, in negotiations with the Department of Mineral Resources and Energy over the Mining Charter, has asked for some exemptions for juniors. “Micro miners” with annual revenue streams of less than R10-million enjoy wide exemptions, and those with revenues up to R150-million also have some “charter relief”. But Mines and Energy Minister Gwede Mantsahe signalled at the indaba that he was open to talks on the issue.

It remains to be seen if South Africa can grow its junior mining sector. But while there are many domestic policies, social and economic challenges, at least key commodity prices are on the upswing, which can make smaller projects more viable. BM