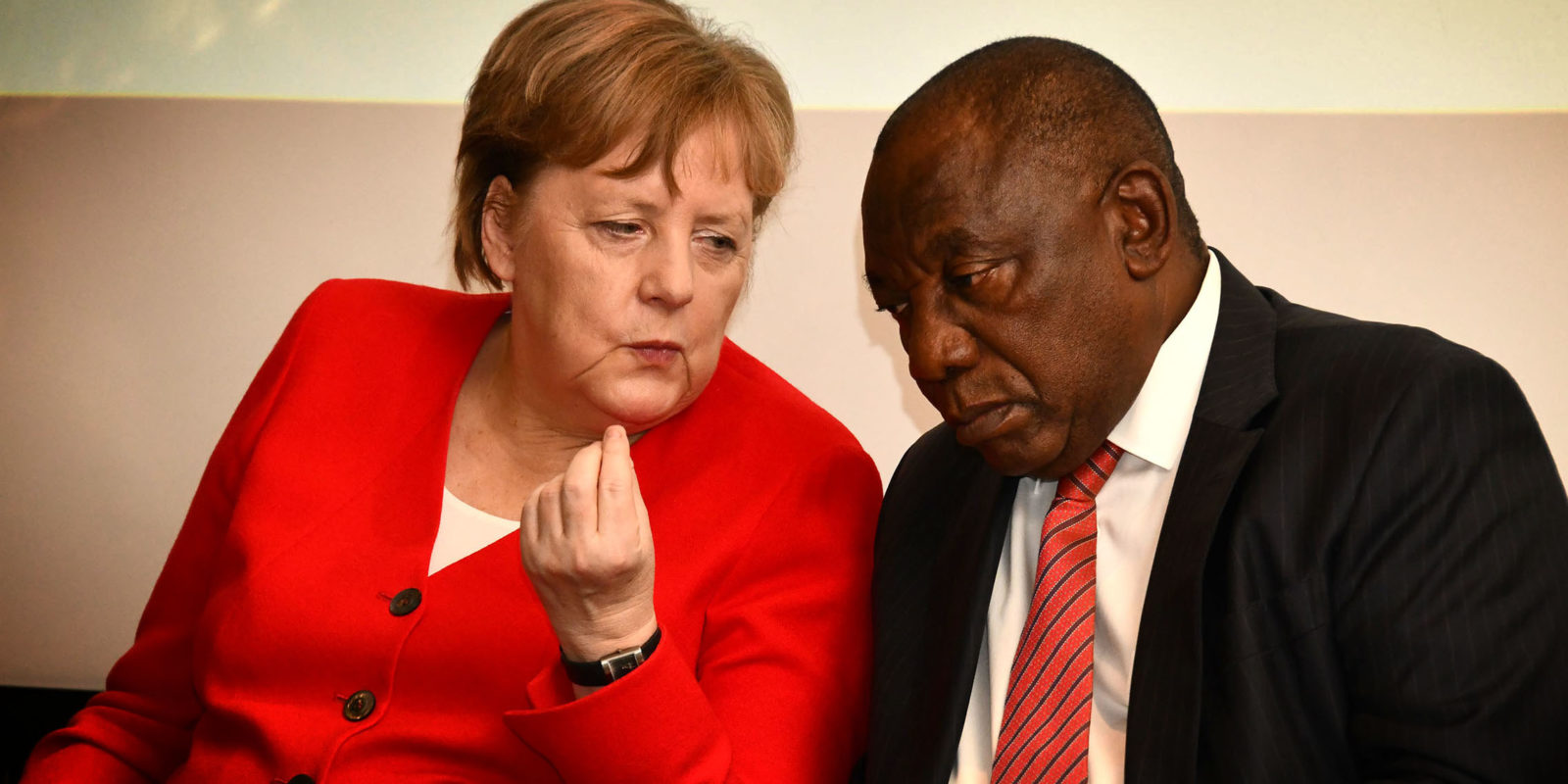 President Cyril Ramaphosa and visiting German Chancellor Angela Merkel have launched an initiative for Germany to lend South Africa its renowned expertise in vocational training. Its aim is to help find work for SA’s youth – about half of whom are unemployed – and also to boost commerce and industry which face skills shortages.

German Chancellor Angela Merkel held an official meeting with President Cyril Ramaphosa on Thursday 6 February and brought a large delegation of German business leaders exploring opportunities for investment and trade. Minister of Higher Education, Science and Technology Blade Nzimande and the German government signed an agreement on the vocational training initiative at a press conference of the two leaders in Pretoria.

Merkel said South Africa provided good youth education but after receiving that education, young people needed jobs. Although the about 600 German companies in South Africa were already providing much vocational training, it was not enough and the new initiative would expand it, starting with a few educational institutions to show how it would work.

Merkel was probably alluding diplomatically to South Africa’s existing Technical and Vocational Education and Training Colleges (TVETs) which are not held in very high esteem in business quarters, German or otherwise. What they say, and what Merkel seemed to be hinting at, is that the TVETs don’t really prepare their graduates sufficiently for actual employment.

In Germany, the equivalent institutions work much more closely with business representatives to learn what their requirements are and to tailor their education accordingly. This is likely to be the core of the joint initiative just launched, although details were not divulged.

Many German business people – like their South African counterparts – consider the levy of 1% of payroll that they have to pay to South Africa’s Skills Education Training Authorities (Setas) as a mere “sin tax” that does little to finance what the Setas are supposed to do – boost skills, create jobs and grow their companies.

Ramaphosa said at a joint press conference with Merkel that the signing of the joint initiative on the promotion of vocational training had been “of particular importance” in his discussions with the chancellor.

“I have made addressing the high rate of youth unemployment in our country a foremost priority of this administration.

“We have begun to implement the Presidential Youth Employment Intervention to address this challenge, which includes five priority actions over the next five years that will significantly reduce the rate of youth unemployment.

“An important part of this intervention is to provide young people with the skills that companies require, and to better align the skills development system with demand in the economy.

“We have to make sure that young people transition from learning to earning at a much faster rate.

“Part of our discussion with the chancellor today focused on how we can work together to strengthen technical and vocational education in South Africa.

“We know that Germany has one of the most admired and successful training systems in the world, and we look forward to finding ways for us to learn from each other’s experiences and build a world-class skills development system for young people in South Africa.”

Addressing a business forum with Merkel, Ramaphosa urged German companies operating in South Africa to partner with the country’s technical and vocational colleges to develop the skills that they needed for their businesses.

He said he and Merkel had discussed how the acquisition of critical skills “is among our foremost priorities as we prepare our workforces to adapt to the changing world of work.

“The knowledge and skills transfer that will come with greater German investment in South Africa will play a key role in propelling our economy to greater heights.”

Another focus of the discussions between the two leaders was energy. South Africa is, of course, stuck in an energy-deficit crisis with the ailing state energy utility Eskom unable to provide the country with continuous electricity.

It is not clear if Ramaphosa and Merkel discussed any specific projects but Merkel said afterwards that Germany would like to help South Africa manage its transition from coal-burning power stations to renewable energy and gas as sources of power. Ramaphosa said Merkel had extensively shared Germany’s own experience of making the transition from coal to renewables. He noted that Germany had set 2038 as its deadline for eliminating coal entirely from its energy mix.

South Africa was still far behind, relying on coal for 89% of its energy generation, “but we have started the journey towards renewables”, which he said would play a growing role.

This journey had been considerably boosted by the government’s recent decision to allow companies, towns and others to generate their own electricity.

“What was pleasing was to learn from the German experience of transition is what happens in those areas where coal stations have been,” Ramaphosa said. South Africa was just at the start of that transition and was looking at what a just transition meant for workers and communities who relied on coal.

“So, we learnt a lot which we can apply. It doesn’t mean workers can be thrown into the pool of the unemployed,” Ramaphosa said.

He told business leaders at the start of their forum that he was particularly keen to see how Germany and South Africa could collaborate in the field of clean and renewable energy.

“Our collaboration is all the more critical as we strive to meet our obligations under the Paris Agreement to combat climate change.

“Low-carbon growth that is climate change resilient is a fundamental tenet of our National Development Plan and we look eagerly to the enhanced collaboration between local companies and their counterparts in Germany in rolling out appropriate technologies in pursuit of that objective.” DM