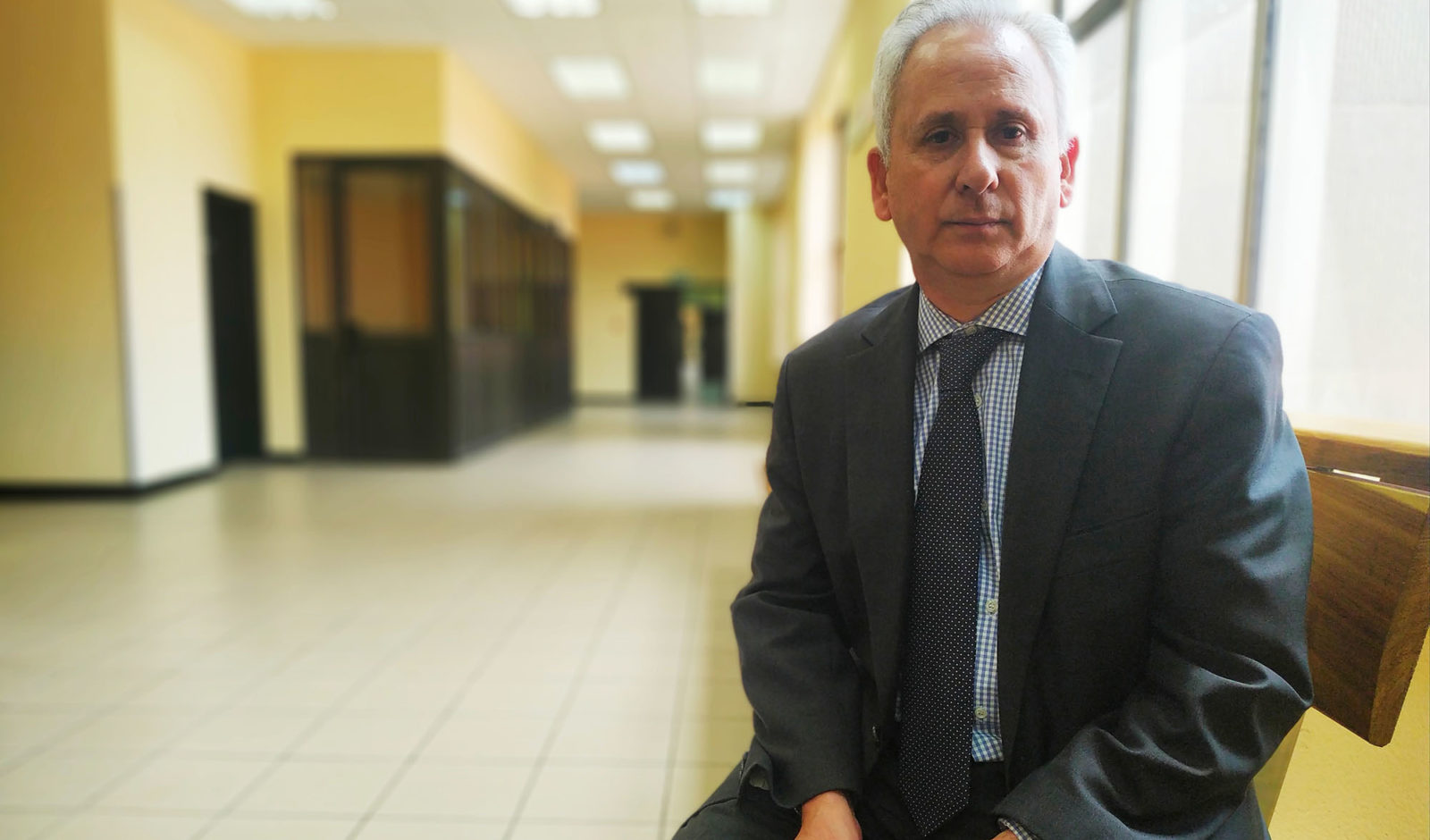 Today [5 February] marks 38 years that trade unionist Neil Aggett was found hanged in an apartheid police station. The reopening of the inquest into his death continues the search for truth nearly four decades on.

“One of us had to die for it to stop, and it was Neil Aggett they killed,” Firoz Cachalia said as he testified yesterday at the hearings of the reopening of the inquest into Aggett’s death in detention in 1982.

Cachalia has held several senior positions in government including as Gauteng MEC for Economic Development and Head of the Planning Commission in the Gauteng Province. Today he is a law professor at Wits University. In his testimony, he set out the political climate under which Aggett died.

He described torture, violence and brutality ratcheted up as the security branch got increasingly desperate. A growing number of activists were being detained, interrogated and forced to write statement after statement while in detention in 1981 and 1982.

The information in the statements though were not yielding the kind of incriminating evidence the security branch police interrogators were after in order to build a strong enough case for a treason trial.

“It was a high stakes game for the apartheid government; their project was to stabilise apartheid by defeating this generation of activists. They were desperate to smash the network of activist who were pushing back. We were very effective and we were able to mobilise and to organise things like boycotts,” Cachalia says.

At the time he was 22 years old and president of the Black Student Society at Wits University. The Society had adopted the Freedom Charter and had an aligned ideology to the banned ANC but was not an ANC organisation.

“We believed there were many different ways from a strategic and tactical point of view to pursue our objectives of freedom and liberation – but we were not taking direct instruction from Lusaka,” he said.

It kept the apartheid machinery on the hunt to connect detainees to a banned organisation or any other thing they could pin on them. Detainees were not charged; it was also strategy, Cachalia said. Detainees would be told they would then be made state witnesses “knowing that none of us would testify they could then charge us for refusing to testify and we’d get jail sentences anyway”.

But it was still torture and violence that the apartheid police returned to most. Cachalia told in detail how he was slapped, punched and beaten, how they used batons on the soles of his feet and how he was given the “wet sack” treatment – Americans call it waterboarding.

Cachalia described the repeated times a wet sack was placed over his head, while he was held down as someone pinched shut his nostrils. He would then be punched in his solar plexus. As he gasped for air he would breathe in the soaking wet bag, gagging and breathing in fear instead.

“You feel like you’re losing consciousness, suffocating because you can’t breathe and then you always ask them to stop. You write another statement, you try to give them information that won’t harm others; with a pretence of co-operation. You write a longer statement but you keep thinking will this be enough,” he says.

Torture was also threatening to arrest his parents, humiliating and denigrating him and letting him hear the screams and cries of other detainees being tortured.

“You knew that if it wasn’t you being tortured then someone else was going through that,” Cachalia said, becoming choked and emotional with the trauma that flesh, skin and the mind can’t forget easily.

“Neil’s case was worse; he was not politically aligned would not have known the security branch police’s theory that we were all taking direction from Lusaka. He had nothing to tell them that would satisfy them,” he adds.

He said by January of 1982 he was certain someone was going to die. “It could be me or one of the other comrades,” he says.

It was weeks later that he met Aggett –the one and only time – he thinks it was possibly the day before Aggett died.

“We came into a space that was a kind of intermediary charge office at John Vorster Square, now Johannesburg Central Police Station. He struck me forcibly that day. He had a gentle visage, a handsome face and he reminded me of my younger brother. You don’t communicate but you share that human exchange and warmth. But I could see this comrade had been to hell and back – he looked terrible.

“The next day when I heard Neil had died, I wasn’t shocked at all.”

Cachalia named Lieutenant Steven Whitehead, Major Arthur Conwright and a Captain Swanepoel from Benoni police, where he was first detained after being arrested, the “groot manne” (the big men) he remembered who exacted their beatings, torture and insults at John Vorster Square 10th floor.

He recalled Conwright especially, calling him the Frankenstein who was “head of the show”. He sticks out in Cachalia’s memory he said, because he was especially mean-spirited.

After Aggett died, everything changed, Cachalia said. He said he believes the security branch police went too far with their torture and didn’t intend to kill Aggett. They were left to cover up their tracks and spin the story that Aggett hanged himself in his cell, Cachalia said. He added that there was “no way” detainees were allowed anything they could harm themselves with, from a belt to a scarf to metal utensils.

Aggett’s death in detention became global news. More than 15 000 people attended his funeral and the scales tipped against the apartheid machinery. That’s when Cachalia said detainees were allowed food parcels, clothes from home and importantly, books.

“They had to make concessions; their methods were under scrutiny. It took Neil’s death for them to take the pressure off. He had to die before the beatings stopped,” he says.

Speaking to Maverick Citizen later, Cachalia said it was an emotional day for him. “I have never spoken about my experience in detention at that time to anyone, not family, friends and comrades and I didn’t expect the emotion I felt today on the stand.

“I think coming here today to speak about Neil’s death is important for historical memory and record and for interaction across generations. It reminds us all what the struggle was about.

In a way, it was a pure ethos. We were bound together to fight for a cause. But not that we’ve achieved this cause we see that moral clarity has dipped.

“Talking about Neil today helps rekindle the memory of something that is pure and good and it’s what we need right now to keep our society on track.”

Cachalia says he thinks about Aggett a lot, misses him, even though he met him only once. He describes that one encounter as being in the presence of spiritual beauty. Over the years, Cachalia says, Aggett has come to hold symbolic power for him.

“Here was a man who made moral choices; he wasn’t an ideologue. He observed his world, he saw what was wrong and he took a stand – at great cost. His was a noble and heroic character,” Cachalia says. DM