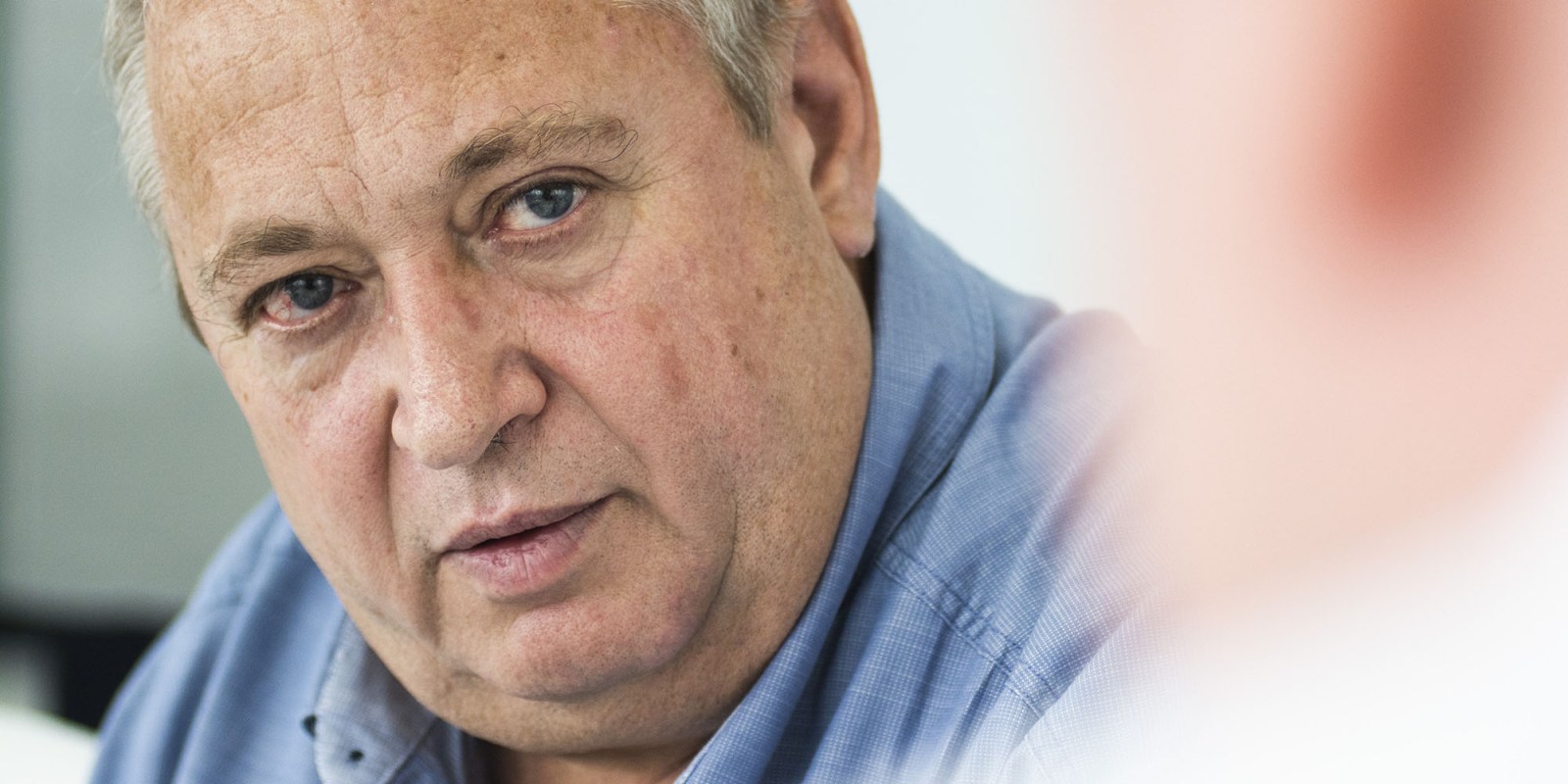 Sibanye-Stillwater CEO Neal Froneman says if the company expands its gold portfolio, it will look outside South Africa for shallow, mechanised operations to reduce its risk profile. That pours cold water on speculation that the company might take Mponeng, the world’s deepest mine, off of AngloGold Ashanti’s hands. He also had some choice words for Gwede Mantashe.

AngloGold Ashanti has a for-sale sign on its Mponeng operation, the world’s deepest mine with shafts that descend 4km below the surface. There has been lots of speculation about potential suitors, including Sibanye. But CEO Neal Froneman told Business Maverick in an interview at the Cape Town Mining Indaba that Mponeng may not be such a good fit for its portfolio.

“Mponeng is not going to materially impact our company. Mponeng would just be a bolt-on acquisition,” Froneman said. There are synergies and Mponeng is cash generative, especially at current gold prices. But as a conventional mine 4km deep, it would add another layer of risk to the company’s portfolio.

“I don’t think acquiring more deep-level South African gold mines is going to improve our risk profile… A shallow and international portfolio of gold assets is the type of portfolio that shareholders will support. We need to reduce the perceived risk of our gold business,” he said.

That in many ways mirrors the strategy of Gold Fields, which spun off its conventional, deep-level gold mines to create Sibanye in the first place.

Sibanye has since diversified into platinum group metals (PGMs) and is studying the battery metals market to see if it will be worth its shareholders’ while to get into that game. Froneman hinted that an announcement on that front might be made later this year.

Sibanye has also taken steps to improve its risk profile even at deep levels. The company just recorded 10 million fatality-free shifts in its gold operations — a South African first. If nothing else, it shows that conventional mining at deep levels can be done safely.

Froneman said Sibanye’s focus, for now, is to work on resuming dividend payments. The company will release its results later in February 2020 and investors are waiting to see if Sibanye is going to turn the dividend taps back on.

Froneman also had some words for Minerals and Energy Minister Gwede Manatashe. The minister said at a press briefing at the Indaba that Sibanye had permission to generate 50MW of power, but had done nothing about it. Mantashe seemed to be saying that while there is a sense of urgency around all power issues in South Africa, company actions did not give that impression.

Froneman said that was completely misleading. The company has environmental approval for a 50MW photovoltaic plant, but it requested 150MW.

Froneman also said that while mining companies want to generate their own power, Eskom needed to be repaired as well.

“We have to make Eskom work. Business and Eskom are joined at the hip; if Eskom fails we are all going to fail,” he said. BM