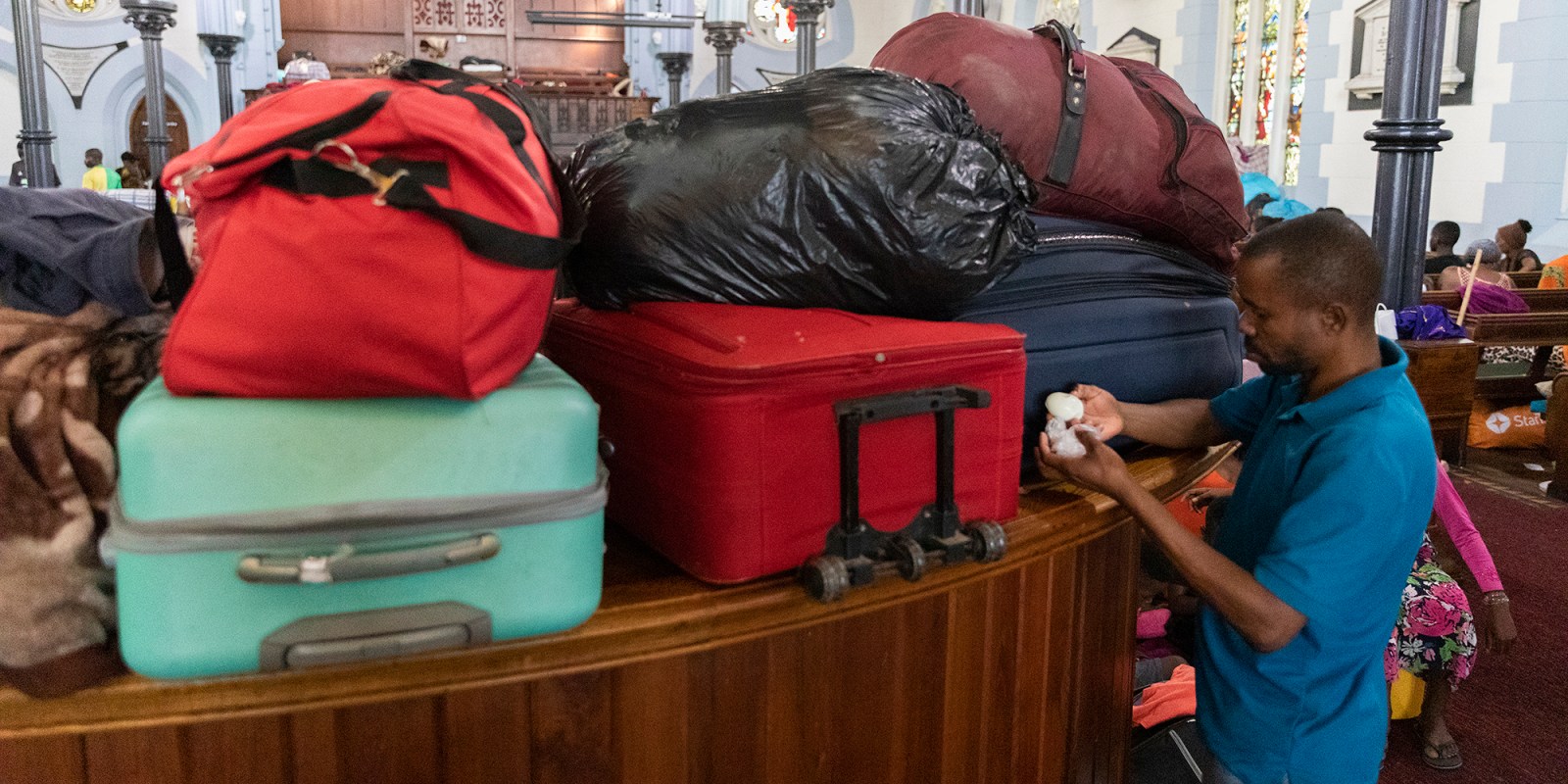 An amendment to South Africa's Refugees Act, introduced in the name of 'national security', is instead a direct assault on the constitutionally guaranteed separation of powers between government and the courts. It violates national, regional, and international law.

Since its inception, the Constitution of the Republic of South Africa has protected South Africa from its government. A document heralded internationally as a model of democratic rights, the Constitution guarantees all people on South African soil the right to dignity, the right to food, and most important for the purposes of this article, the right to access the courts. But in one fell swoop, the government has removed that right from asylum seekers and refugees. With the amendments to the Refugees Act, that protection is under threat.

In America, it typically starts by being a Muslim male of Middle Eastern origin, as seen in recent executive orders from President Donald Trump that ban citizens from five Muslim-majority countries (Iran, Libya, Syria, Yemen, Somalia) from travelling to the USA and which he is currently seeking to expand. Though there are certainly exceptions where other minorities have had the honour of being designated a national security threat. In short, “national security” is a vague term which can easily be used as a vehicle for unconstrained discrimination against the most vulnerable in society.

The results of national security legislation in other countries in the past 20 years have played out in various ways. Children have ended up on the no-fly list in Canada because their names sound similar to wanted terrorists. National security forms the justification of the concentration camps at the southern border of the USA where asylum seekers are sent and children separated from their parents. In India, it has led to new citizenship legislation that is widely seen as anti-Muslim. America was caught tapping the phones of European leaders, including close allies, in the name of national security. Everywhere it has led to reduced rights of private individuals in the name of an undefined threat.

More worrisome still, the provisions allow the Director-General of the Department of Home Affairs to ignore an order from the High Court of South Africa. The provision states that if the Minister issues an order to remove a refugee or asylum seeker on the basis of national security, the individual the order is issued against may file an application for judicial review within 48 hours.

In reality, this is almost impossible. It would require the individual to find an attorney willing to take on their case while in detention. Even if they find an attorney, the attorney has to meet with the client in detention. Currently, if an attorney wants to meet with a client detained at Lindela Repatriation Facility, the largest and principal holding facility for detained migrants, they are required to give 48 hours notice to the facility. This alone makes the provision impossible to comply with. Even if that were not the case, the newly hired attorney would have to draft several legal documents that outline all of the intricacies and details of the individual’s case, their life story, and the basis on which the order is unlawful, serve it on all parties involved, and file it with the court all within two days.

If by some miracle the individual and their hypothetical attorney are able to overcome the monster task above, and they are granted a court order overriding the deportation order, they are still not safe. They then have to get a confirmation of that High Court Order from the Constitutional Court within two calendar weeks. Usually, once you file an application for confirmation with the Constitutional Court you will be given a court date that is several months in the future. Oral submissions are then made on that date, and in rare cases, the Constitutional Court will grant the order on the spot. More often they reserve their decision and it will be released anywhere from a few weeks to several months later. The idea that confirmation could be acquired within two weeks is laughable to anyone with any experience at all with the judicial system.

But timelines are not even the most concerning part of this amendment. What is most concerning is this: if the Constitutional Court does not confirm the High Court order within two weeks, then “… the Director-General must, notwithstanding the legal status of the order issued by the Minister, proceed with the removal of the person from the territory of the Republic… ”.

Courts are the guardians of the Constitution. The Constitution grants all people on South African soil the right to access the courts. By issuing the authority to override a court order, the newly enacted Regulations and amended Act directly violates the Constitution. There is a separation of powers between the courts and the government for a reason. The courts provide checks and balances on the authority of the government in order to protect the people. By violating the Constitution, the government is overstepping its own authority and entering the realm of the courts. The new amendments also infringe upon the Convention Governing the Specific Aspects of Refugee Problems in Africa, which adopts the United Nations Convention on the Status of Refugees and the United Nations Protocol on the Status of Refugees. Article 16 of the UN Convention guarantees the right to access to the courts. In other words, it violates national, regional, and international law.

So why should South Africans care? If this only impacts non-South Africans, why should citizens and permanent residents be concerned? Every single person on South African soil should care, regardless of their status in this country, because once a government starts violating the Constitution, it is a slippery slope and there is no way to know who will be next. Today, refugees and asylum seekers are losing their rights. Tomorrow, it could be women, the elderly, or members of the LGBT community. Allowing even a single individual person to lose their constitutional rights sets a precedent that could lead to the rest of South Africa losing them too.

Let’s be clear: there are real threats to the security of the nation that the government needs to be aware of and protect against – the climate crisis, water shortages, and gender-based violence all come to mind. But that does not mean normal administrative roles should be placed under the umbrella of defence. South Africa is not at war. Unlike other nations that are hiding behind the guise of national security with zero regard for the fallout for ordinary citizens, South Africans remember what it is like to live under an opaque regime that commits horrific atrocities in the name of keeping the peace.

South Africans fought to overthrow that regime; the struggle is within living memory. Using national security as an excuse to grant excessive power to a single member of the executive and to attempt to circumvent the Constitution and the judiciary – which is exactly what this new amendment does – is a blatant disregard of the rights South Africans worked so hard to achieve. This legislation belongs in the apartheid era; today South Africa is better than this. DM

Nadia Shivji is a Canadian lawyer currently interning at Lawyers for Human Rights as part of the Strategic Litigation Programme in their Johannesburg Office.