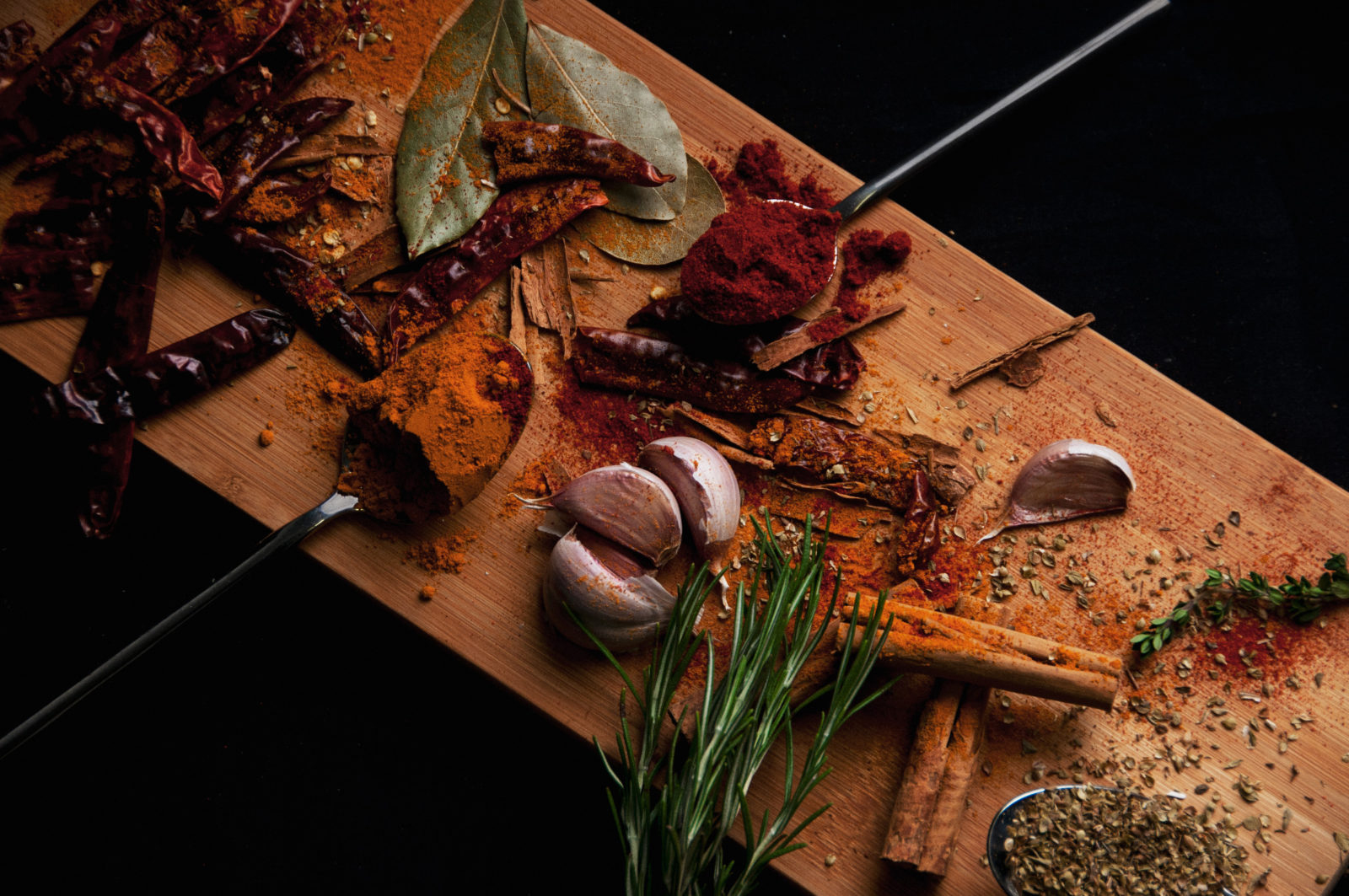 Photo by Zahrin Lukman on Unsplash

Chefs at Sepial’s Kitchen, Andalousse Moroccan Restaurant and Timbuktu Café are dishing up flavours from the global south.

Cape Town may have a reputation for hipster cafes and trendy eateries, but it’s also a city with a multitude of immigrant cuisines. Many immigrants look to food as a tradable skill, a way to introduce their culture and connect to their identity. They bring with them knowledge of recipes, techniques and sometimes ingredients. This creates an exciting culinary encounter and, in the present time of recreational dining and social media, a chance to share knowledge of food and culture.

Increasingly, it’s becoming important to diners to support small, family-run restaurants. The experience is about the food and more: the people, their story and to learn something about the world. These restaurants also become a base for other immigrants to eat something familiar and have a brief time out from being the outsider.

With rave reviews and consistent, quality food and hospitality, three restaurants are starting to become institutions on the Cape Town dining scene. In a place where European cuisine still dominates, it’s a celebration of food from the Global South.

Eating at Sepial’s in Salt River is like eating at a friend’s home – if your friend is a highly skilled chef. In her chef’s whites, Sepial Shim can often be found cooking in an open kitchen with her small team.

“I never dreamed of becoming a chef, or even being in the kitchen,” she says. Growing up in a big extended family in Korea, her mother had to take care of many. She didn’t want the same for her daughter and wouldn’t teach her how to cook, wanting her to focus on her studies.

She studied and worked in numerous jobs, but she always felt something was missing. She had been working 14-hour days in an intensely high-pressured job, running PR and marketing for a film company. After suffering from severe burnout, she decided she needed a career change. She did odd jobs and voluntary work, but the effects of her previous job had taken a toll on her physical and mental health.

After a few years of trying to figure it out, an idea occurred to her when her son enrolled at Silwood School of Cookery. The allure of practical work and the fact that she would be driving her son there every day anyway, made her think, “why not join?” They studied together and she found excitement and energy again. Cooking was straightforward. You get a result according to what you put in. “With food, you can’t lie, you don’t even need to talk. It’s an amazing medium.”

Her small restaurant packs a punch. The food tells of that second wind she gained for life. The menu has a variety of dishes, with vegan and gluten-free options. The crisp and complex seaweed and cucumber salad is packed with umami. Crowd favourites include the Korean fried chicken, bibimbap (a Korean rice dish) and deep and spicy broths. And, of course, everything is accompanied by a serving of moreish kimchi.

Sepial also posts about where she sources her sustainable seafood from and serves seasonal dishes based on what’s available at the time. The food is served so beautifully that your need to snap some pictures for Instagram might take over. She is always working on something new. Sometimes it’s popcorn tea, a homemade cold brew coffee or a type of kimchi made with apples. You may be lucky enough to taste-test samples if you are dining at the right time.

These days she also trades at the Oranjezicht Market, an environment that offers a challenging dynamic. “When people choose to go to a Korean or ‘Asian inspired’ restaurant, they are ready to try something new and go on an adventure.”

But at the market, she is sometimes met with squirms and fear as she offers tasters to people. She laughs as she remarks that she understands the human instinct to react out of survival at a “strange” thing. “That said, maybe kimchi is like cheese, the taste is acquired. I want people to at least try. It’s safer than snowboarding and paragliding, and people try that.”

Andalousse, in Cape Town’s Woodstock, is a feast for all the senses. The bright colours, textiles and artwork transport you to a café in Fes or Marrakech. The aromas of cinnamon, ginger, anise, fennel and cumin can be smelled as soon as you walk in.

The rhythms and sounds of oud melodies can be heard, as popular Arabic music is played in the background. Musa Bouchta, the owner, prefers the classics like Umm Kulthum, the matriarch of Egyptian music, while complaining about the racket of the more uptempo pop songs that the younger staff prefer. The wide tables and cushioned benches are inducive of a long sitting of slow eating and tea drinking. “I wanted to make people feel at home,” Musa says.

Musa Bouchta and his colleague Naser Ghalal arrived in South Africa roughly at the same time, about 25 years ago. Musa was the one with the dream of opening a Moroccan restaurant. He was too modest to talk about his cooking but Naser spilt the beans, praising his cooking. They had both worked in other businesses, mostly in fast food. Musa had a shawarma takeaway spot in Goodwood before opening the restaurant.

Three years ago, Musa decided it was time to bring his dream to fruition and opened Andalousse Moroccan restaurant in Woodstock. He trained cooks and his wife made the sweets.

Although Moroccan cuisine is popular globally, the restaurant had a slow start at first. But as more people were willing to try the food, word spread, making it a “hidden gem” no more. A second branch with a larger layout was recently opened in Sea Point, so business must be good. Naser thinks South African chef Jenny Morris had something to do with that, exposing more South Africans to Moroccan cuisine with her show, Jenny Morris Cooks Morocco.

The menu at Andalousse covers all the North African flavour bases, from the spicy harira soup and the sweet tagines to the colourful vegetable couscous. And if you order the (must have) mint tea, a complimentary plate of spiced pastries and biscuits will accompany it.

Musa likes to keep the menu small but do it well.

“I don’t use a freezer or a microwave; like in Morocco, everyone buys from a fresh market every day.”

He buys a small quantity of fresh meat and produce every day before opening. It might not be as profitable, but he feels peace, knowing he is offering quality food.

“It’s hard work, but I’m happy to do that. You’re not going to make a million bucks but when people try the food and say it’s good, you feel proud.”

Although Timbuktu is a city in Mali, Timbuktu Café serves Ethiopian food. Solomon Yigzaw, the owner of Timbuktu Café, Madam Taitou and Madam Taitou 2, didn’t envision being a restaurateur when he moved to South Africa 22 years ago. His explanation for the name Timbuktu is, “Everyone knows it, but nobody knows it. It’s what people say when they imagine a faraway place.” And that’s what he wanted it to be. A homely but different kind of place when compared with so many restaurants in Cape Town which have a largely white clientele.

“In those days, especially, you couldn’t go to a certain place without categorising it as a white place or a black place.”

He decided he would create an environment that would bring people of all backgrounds and “allows them to have a conversation”. The type of place he liked, relaxed with good music, food and coffee. His work is mainly in the arts and he wanted the venue to reflect that. As anyone who has ever visited the café can attest, the décor is eccentric and a mismatch of colours, antiques and artworks.

He first fell in love with the concept of the Pan-Afrikan Market, the building on Long Street where Timbuktu was first housed. He was a floor up with a large balcony, which he filled with greenery. He wanted it to be a venue where people could gather, talk and listen to jazz. He started playing jazz from the balcony with a loudspeaker. People started to come in, attracted by the music. “A lot of youngsters thought it was new music,” he observes, when in fact some of his records were from the Seventies and earlier.

It started as a small coffee shop, serving small dishes of what he thought people would want to eat, “chicken mayo sandwiches and spaghetti”. The customers were the reason he started serving Ethiopian food; they always asked him why he didn’t. After some time, he decided to train some cooks to cook Ethiopian recipes, according to the taste of dishes from his memory. He wanted the dishes to have a distinct taste that you could only get at his restaurant.

Timbuktu’s menu boasts numerous meat and vegan dishes, all served with injera, a spongy flatbread made from teff (or sometimes rice) flour. It’s gluten-free and is a perfect vessel for soaking up flavour and gathering morsels of food with your hands. Several vegan dishes exist in Ethiopian cuisine because of the Ethiopian Orthodox tradition of fasting from animal products at different times of the year.

You will be politely asked to wash your hands before the meal, as is customary in Ethiopian dining. Meals are likely to be shared and eaten with hands. Spice blends like mitmita and berbere, are commonly used in Ethiopian cooking, with extra mitmita brought on the side to adjust the chilli level to your taste. The restaurant eventually got so busy that the balcony could no longer accommodate demand. Solomon found a bigger venue in Observatory, a suburb that suited the artsy character of the café. The greenery and spirit followed. DM