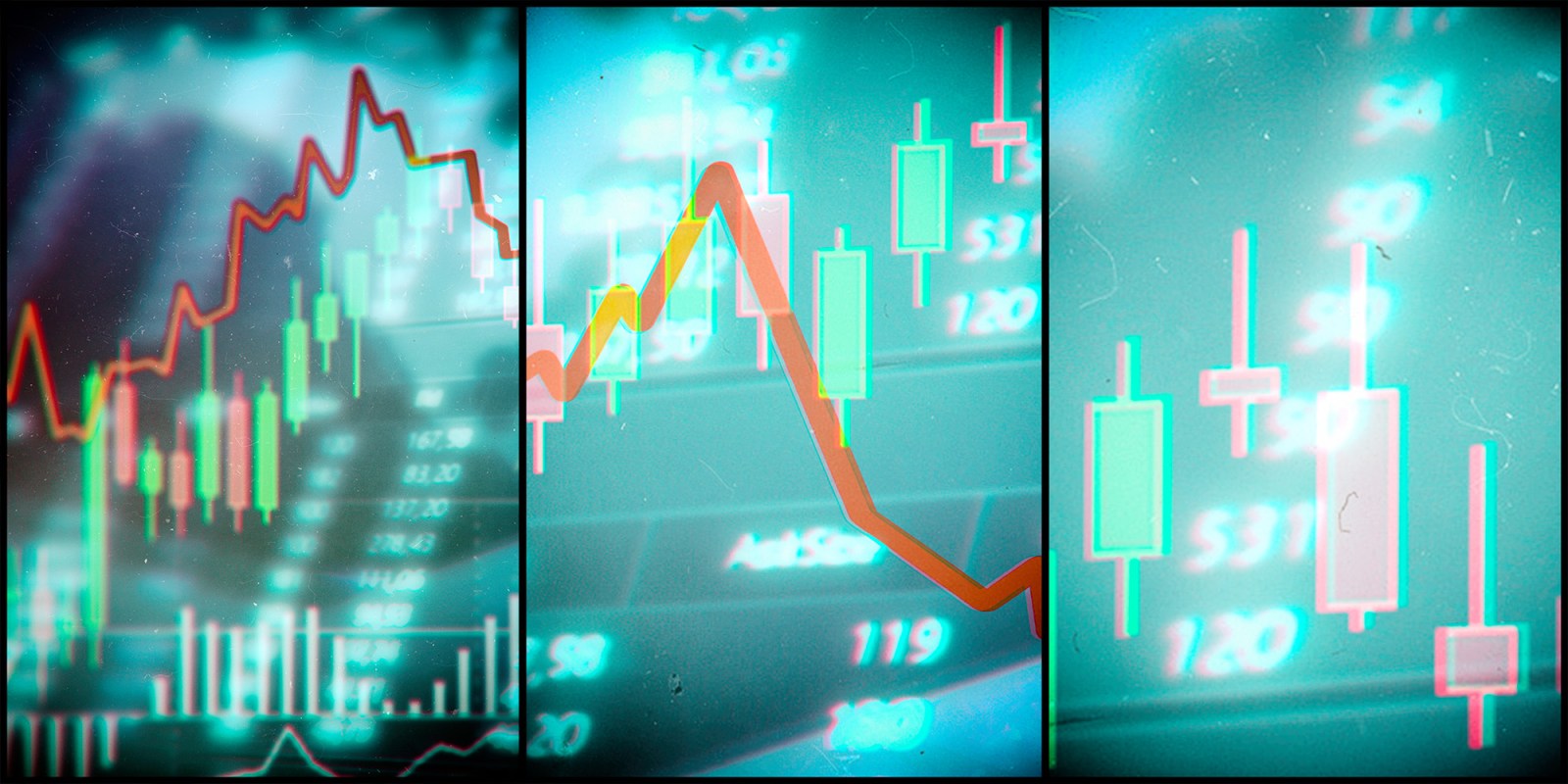 Africa is one of the world’s fastest-growing and fastest-changing regions. This should be presenting opportunities galore for foreign and local investors, but the truth is, investors have been trying to tap into these for years with limited success.

As the global economy shows signs of cooling, investment appetite for Africa’s emerging and frontier markets has dimmed. But there are many who continue to believe in the promise of Africa, and for these investors, their understanding of the continent and its people is becoming more nuanced.

Investors now realise that Africa is not a country with a single set of standardised risk factors and homogenous potential for reward. It’s the world’s second-largest continent, with marked structural differences between different regions.

“Investors need to look past the headline GDP numbers to understand what is really happening on the continent,” says Gilbert Anyetei, an associate at financial investment firm Riscura.

Riscura recently published its Bright Africa report, which examines inter-Africa connectivity, currency risk, sources of capital on the continent and has a closer look at asset classes like sovereign bonds, real estate, equities and infrastructure.

Without drawing any conclusions, the report paints a picture of enormous, unfulfilled opportunity – but with little low-hanging fruit.

In the competition for which country has the largest economy on the continent, Nigeria narrowly pips South Africa to the post, followed closely by the Maghreb region (Morocco, Algeria, Libya, Mauritania, and Tunisia).

Which isn’t to say much. Across the board, the continent continues to feel the adverse impact of the commodity cycle, with total exports (mostly oil) decreasing from 2014 to 2018 by a hefty 21% in US dollar terms.

The exception to this trend is Ghana, which thanks to the recent oil discovery has seen crude oil petroleum overtake cocoa beans to become that country’s largest export product.

South Africa is the outlier in the countries analysed – its agriculture sector contributes 2% to its GDP.

The oil wealth of Nigeria may be enviable but BrightAfrica notes that while the extractive industries made up 95% of exports in Nigeria in 2018, they contributed about 5% to GDP output.

In South Africa, utilities and government services contribute a hefty 21% to the country’s GDP. This was higher than all the other African regions analysed by BrightAfrica and highlights the structural difference between the SA economy and other African countries.

It also highlights the impact that mismanaged state-owned enterprises can have on the South African economy.

The resource curse was in evidence as those countries that rely most heavily on extractive industries (Nigeria, southern Africa – excluding SA – Central Africa and the Maghreb region) saw huge declines in export value between 2014 and 2016, with muted recoveries since then.

The Maghreb region appears determined to break free of the curse. While it is the largest exporter of extractive commodities in Africa, its reliance on oil and other products has declined as countries in the region expand into the production of fertilisers, organic and inorganic chemicals, electrical machinery and equipment, and vehicles.

While Africa exports significant quantities of crude oil, about 18% of imports are mineral products – mostly refined fuels. But this could change, says the report.

Nigeria’s Dangote oil refinery is scheduled for completion in 2020 and will have a major impact on the refined fuels imported. It will have the capacity to meet Nigeria’s needs and supply the surrounding region.

This highlights the need for improvement in infrastructure between countries and for efficiency in border posts and bureaucracy. 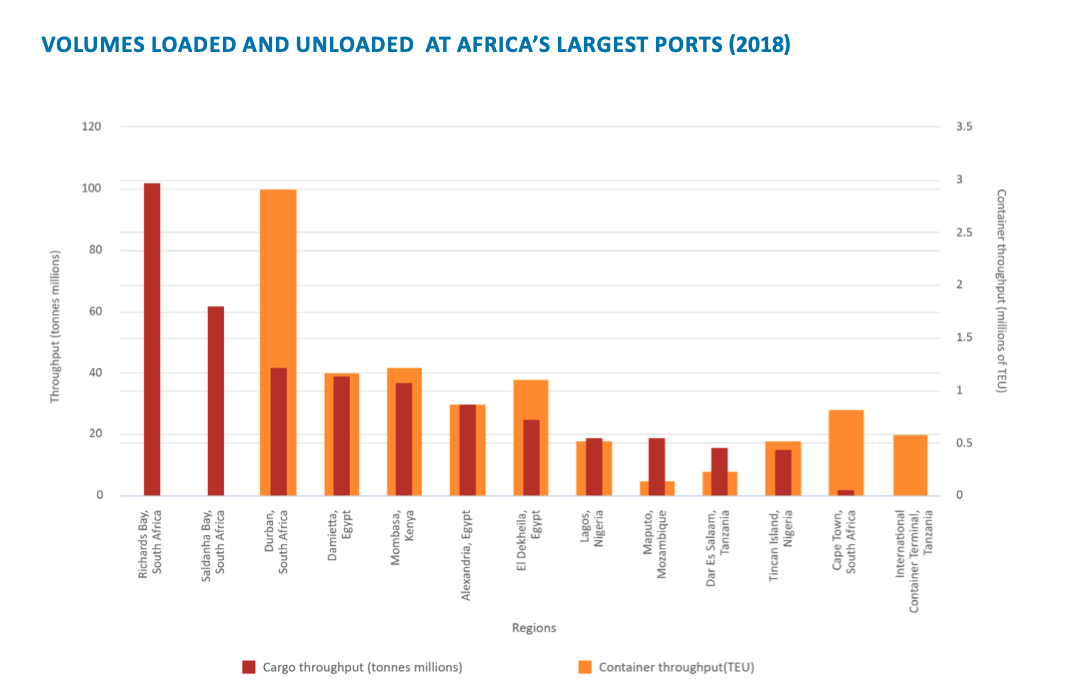 Africa’s growth has been throttled by its low level of intra-Africa trade. A full two-thirds of African imports come from Europe and Asia and intra-continental trade is only 13% of all African imports.

Aside from onerous import restrictions, the obvious culprit is road infrastructure. The World Bank estimates that Africa’s road networks carry $200-billion of trade in Africa, less than 10% of total GDP on the continent.

In comparison, about $260-billion, or 85% of Mexico’s exports to the US occur via road alone, according to the US Bureau of Transportation Statistics.

Removing the high border tariffs between nations could increase intra-Africa trade by 52% in less than five years, says the UN Economic Commission for Africa.

Time is another expense. Exporters and importers require 50% more time to get exports to market in Africa than in East Asia. 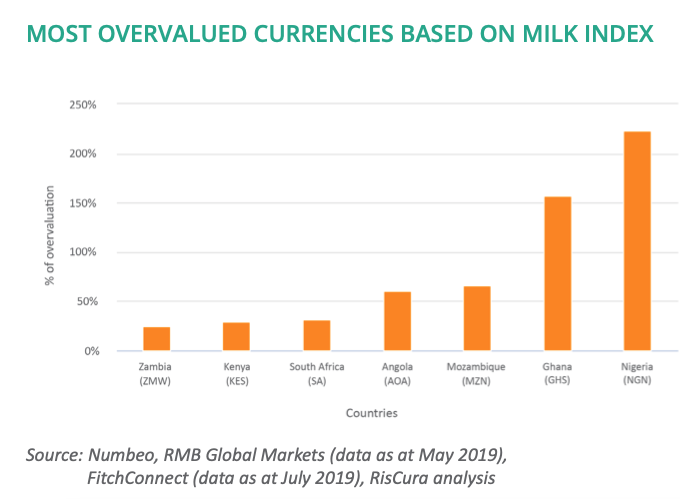 Currency volatility scares away investors – but so do pegged exchange rates. Yet many countries, including Chad, Mali, Niger, Namibia, Morocco, Senegal and Cameroon have pegged their exchange rates to other currencies.

During relatively stable economic times this brings a degree of price stability to investors, but it means the country in question must have the reserves to defend the peg during economic shocks.

Just think of Nigeria and Angola, which could not protect their currencies following the oil price collapse in 2015.

But as African financial markets deepen, more countries will float their currencies. This is a natural consequence of increased international capital flows and less reliance on government intervention.

While Africa’s development needs are on the rise, the slowdown in the global economy reduces the expected foreign direct investment and the level of foreign trade.

However, there is a reason for hope. The private equity industry continues to grow, with deal activity still increasing and asset prices remaining robust, the report notes.

The growth of Africa’s pensions and insurance industries and the resulting increase in local capital available for investment also provide significant opportunity.

Stock markets are becoming more liquid. And a reversal in the commodity cycle could provide an additional boost.

So where to invest?

Africa’s exchanges have two things against them – higher trading costs and lower liquidity.

Between 2018 and 2019, daily turnover on Africa’s exchanges dropped by 30%, largely because of the emerging market contagion in the second half of 2018.

The exception here was the Stock Exchange of Mauritius, which saw its daily turnover increase by 57% in 2019. This was partially thanks to the increased size of its real estate sector which attracted significant foreign direct investments, the report said.

Second to the JSE, which is still Africa’s largest and most liquid stock exchange with $1.4-billion traded daily, is the Cairo & Alexandria Stock Exchange with a daily turnover of $44-million.

Both of these markets are classified by MSCI. From there they get smaller – the next most liquid exchanges are the Casablanca and Mauritius Stock Exchanges at $19-million and $15-million respectively.

While South Africa usually gobbles up most of the transaction activity, this reduced significantly from 50% in 2009 to 22% in 2018.

East Africa is the new flavour of the month.

In South Africa, limited growth opportunities are the catalyst for the downward trend in investment activity.

There was also an uptick in deal activity in Egypt in 2018. Egypt maintains its ranking as the number one investment destination in Africa by RMB’s Where to Invest in Africa 2019 report. Investor sentiment has improved due to its large and diversified economy and better business environment stemming from recent investment-related legal reforms.

Deal activity in Nigeria also increased slightly in 2018 thanks to the recovery of the oil price, government incentives and higher than expected GDP growth. 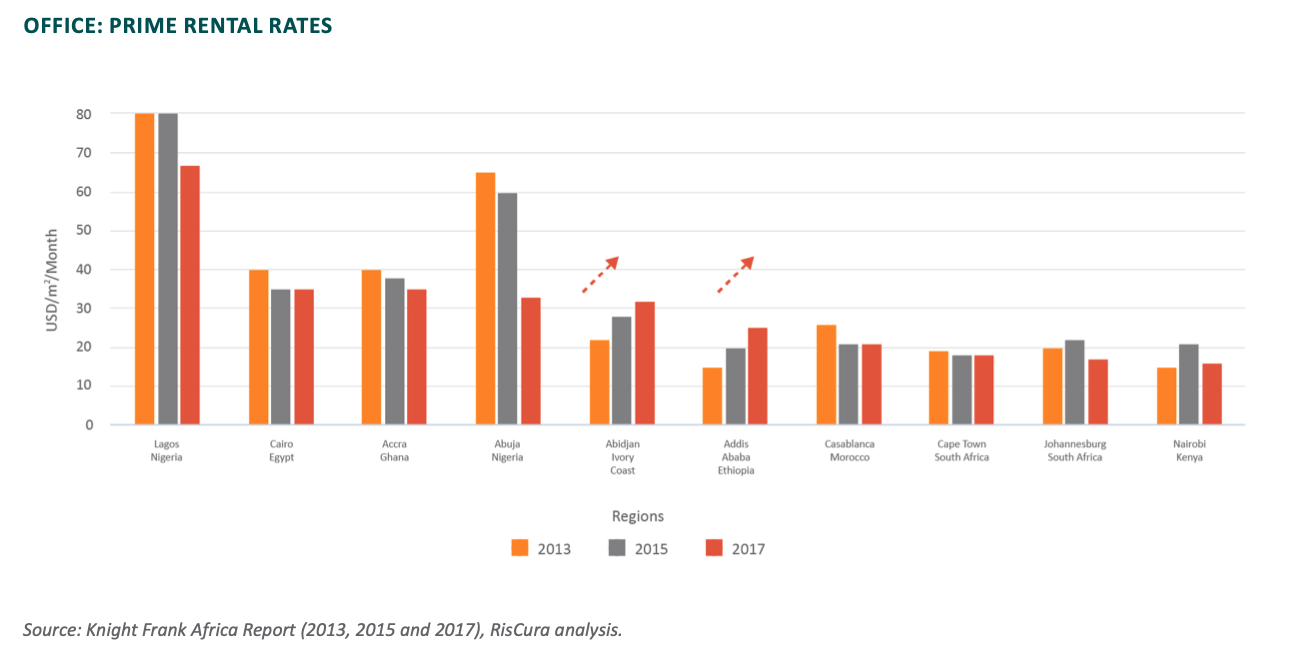 Pension funds in countries with relatively small and under-developed capital markets have invested in local real estate to fulfil their mandates and local allocations.

Once this might have seemed sensible – after all, many international companies planned to expand into Africa in the last decade. But the uptake of physical office and retail space has been slow and oversupply has resulted. Thus rental rates and property values have fallen.

The one exception to this trend has been in Addis Ababa, but international participation is limited because of the country’s restrictions on foreign investment.

Abidjan in Ivory Coast is attracting international interest instead and has had the fastest rental growth rate in Africa over the past four years.

The report makes no investment recommendations but notes that considering the need for high growth to reward investors and promote socio-economic security, the low rates of growth in Nigeria, South Africa, southern Africa and Central Africa are worrying.

In contrast, the high growth in the Maghreb region, East Africa, Ghana and Francophone West Africa will reinforce investor interest in these regions. DM