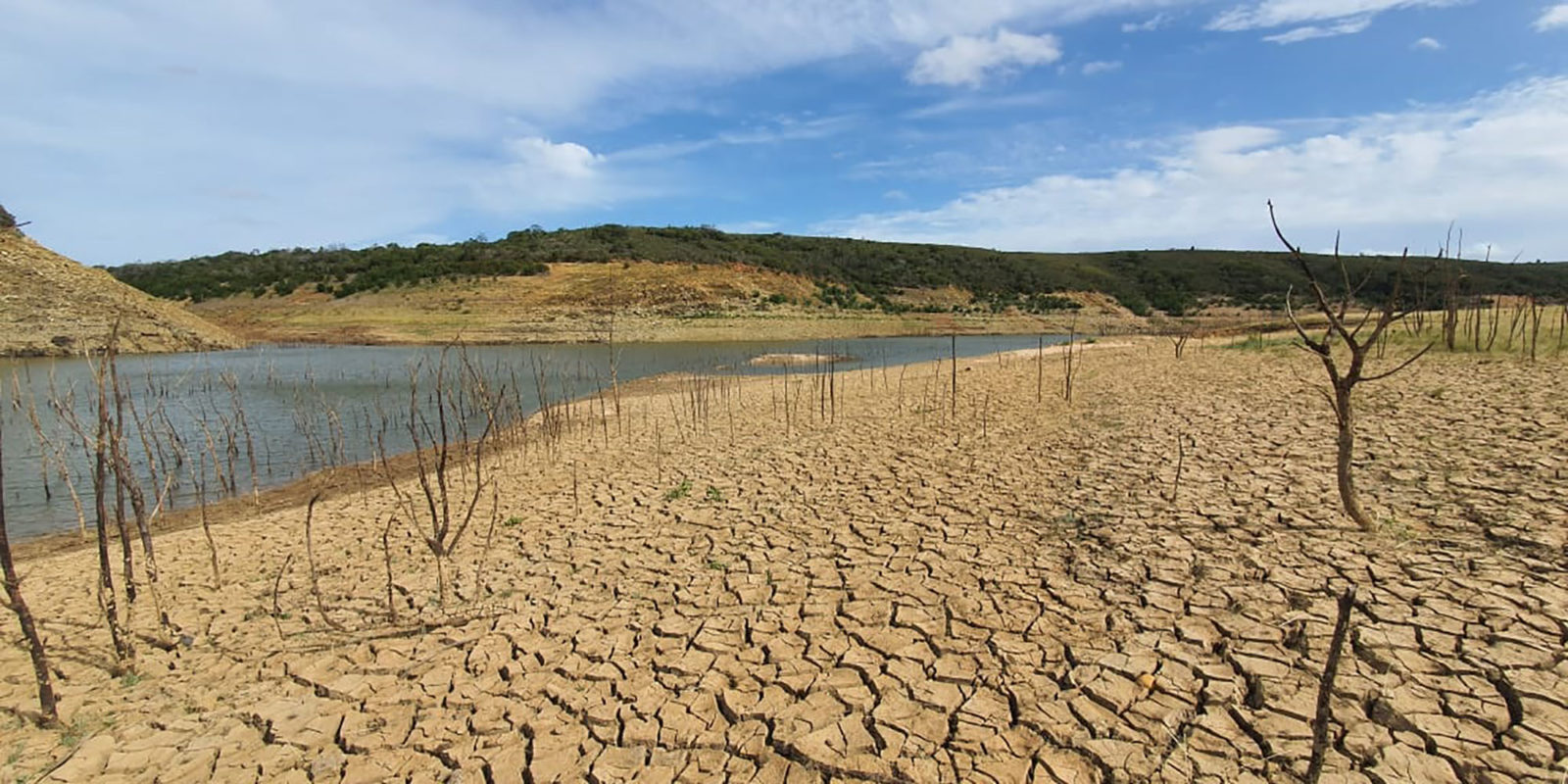 In South Africa, the Eastern and Northern Cape, and other provinces have had to contend with recurring and worsening droughts resulting in severe water shortages, losses to agriculture and inflated food prices. (Photo: Estelle Ellis)

The United Kingdom and Italy take over the presidency of COP in 2020 and are joint hosts of the 2020 COP26 talks on the climate crisis. Both countries recognise that time is running out and that the time for action is upon us.

In December 2019 in Madrid, the world met to address our shared climate crisis, at the latest “Conference of Parties” to the UN Framework on Climate Change – or COP. This annual gathering sees negotiations that aim to secure a future where global temperature rise will plateau below 2°C, as agreed in Paris in 2015. COP25, as the event was known, underlined again how hard it is to reach consensus on tackling what is the ultimate shared global challenge.

The United Kingdom, in partnership with Italy, takes over the reins as the next COP President and will host the next summit – COP26 – in Glasgow in November 2020. We will put climate change and protecting the environment at the heart of the multilateral agenda. And we need to remind ourselves why 2020 is so important in addressing climate change as a global priority.

Climate impacts are being felt now

South Africa is no stranger to climate impacts. The drought that threatened the Western Cape made global headlines, but the Eastern and Northern Cape, and other provinces have had to contend with recurring and worsening droughts resulting in severe water shortages, losses to agriculture, and inflated food prices. In April 2019, flooding in KwaZulu-Natal led to the loss of over 80 lives and caused billions of rands damage.

Further afield, by 2050, 720-million people globally are at risk of being pushed into poverty by climate change – particularly in sub-Saharan Africa, where 65% of Africa’s population is likely to be impacted by the consequences.

When world leaders committed to a target well below 2°C temperature in Paris, they agreed to review progress every five years. This year, COP 26 is that critical moment to take stock.

As we stand today, we are not on track to achieve this target. We need a greater sense of urgency and commitment from the international community and all of society. The UK and Italy want COP26 to be a milestone for ambition; for cleaner energy, a more resilient future supported by green financial systems; essential for green and sustainable economic growth. And we will work to build partnerships towards achieving the highest ambition, through new, or updated commitments from countries, regions and businesses that set a course for net zero.

Recognising the disproportionate impact that climate change will have on younger generations and hearing their growing call for global action, Italy and UK will host in October 2020 in Milan the “Youth for the COP” event – an opportunity for young people from around the world to present their proposals and actively be part of the COP negotiations.

South Africa is a key partner for us, as it is influential in shaping and amplifying the voice of those developing economies which are most at risk and are least responsible for causing climate change. We want to work closely with South Africa to try to work through some of the seemingly intractable challenges that the negotiation process faces.

South Africa is also a globally significant emitter of CO2. The UK and Italy are acutely aware of the challenge faced by South Africa in delivering a just transition to a low-carbon economy, while also tackling unemployment, inequality and poverty. But for as long as greenhouse gases are above net-zero, the climate will continue to warm and the dramatic threats posed by climate change will continue to increase. So a transition needs to take place everywhere to help deliver global climate security and to support a new kind of economic development.

Governments need support from all spheres of society and there has been some progress. In September 2019, over 100 cities committed to net zero emissions by 2050 (this includes Glasgow, which wants carbon neutrality “well before 2045”, and Milan, host to the COP26 preparatory events), and 130 banks, over a third of the global banking sector, signed up to align their business with the Paris ambition.

Both the UK and Italy have been through such transitions, and we want to share our experience and support South Africa in creating the conditions that allow for a phased transition, coupled with green growth, and creating the secure jobs of the future. The UK is already providing South Africa R3.5-billion in climate finance to support projects in solar, wind, carbon capture and battery technologies, and is developing a new bespoke technical assistance programme. Italian companies have already invested more than R30-billion in South Africa in the renewable energy industry, building innovative photovoltaic power plants and wind farms, and creating jobs and capacity-building opportunities throughout the country. Also, recognising the need for wider support for the continent, an African Centre for Sustainable Development (ACSD), has been established in Rome with the FAO and UNDP.

We are already feeling the impacts of climate change today. If we do not address emissions globally, then these will only worsen, making adaptation and building resilience increasingly challenging. This is the year for the world to stand up and recognise that time is running out. We need to come together with a shared resolve to do what is needed to save our planet for future generations. DM

Spotted! How a surfer’s project turned the tide on shark fear

How the Green Revolution is in fact giving Africa the blues