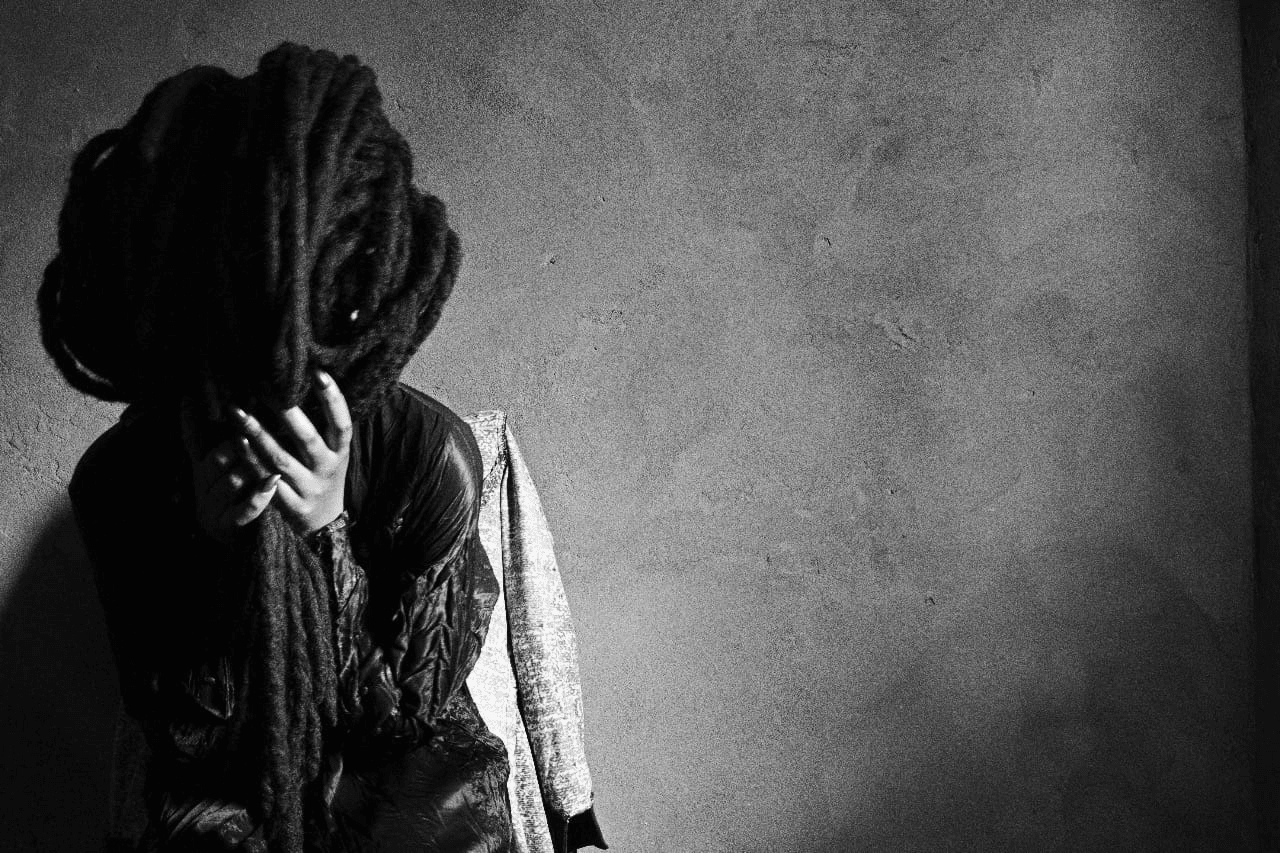 Approximately three years ago, Soweto-born photographer, Nelisiwe Nkosi, was sexually assaulted. She didn’t speak about it for nine months. Months after she first broke her silence, she was assaulted again. During this time, she had started a photographic project that she later understood was a result of unravelling her trauma and breaking her silence. ‘Breakeven’ is a body of work that depicts this process.

Nelisiwe Nkosi’s bedroom wall is peppered with images of her family members, herself and others that are dear to her. The 20-year-old photographer’s work has always been influenced by her life experiences, her relationship with her family and childhood memories.

Most recently, photography has been an art form that empowered her to progress beyond silence in order to find healing. Her body of work, titled Breakeven is a representation of this process.

The project features a series of self-portraits through nuanced symbolism that depict her experience of speaking out after being raped. Nkosi says she uses her body as a way to express her trauma, speak to other survivors of sexual violence and to confront the perpetrators of these crimes.

“The title of the body of work came from listening to a song by The Script called Breakeven,” Nkosi explains.

And while she presents a courageous demeanour, creating a series of self-portraits has not been easy. And Nkosi is honest about the amount of mental energy the project required of her.

“The process has been intense for me. It has shaken me a lot. And also it has been very healing. Speaking about the work and engaging with other people, and getting to hear especially the male views on how they feel about the body of work also shifted a lot for me and how I approach it,” says Nkosi.

“Sometimes I didn’t actually feel like photographing it, but it would nudge at me.”

The 20-year-old photographer says after she was raped a second time, it changed her relationship with the silence she had maintained after the first incident.

“The first time I got raped, I never spoke about it until it was like nine months later. When it happened the second time [it occurred to me that] maybe the silence doesn’t help because I’m the one who’s dying on the inside,” says Nkosi.

Three years later, Nkosi is able to speak about the trauma in ways she was initially unable to. Her silence haunted her until she felt it was breaking her.

“I was depressed half the time. Another thing that came from that was anxiety as well. There was a time when I was having panic attacks and I just couldn’t breathe when I’d walk in the street and a man would approach me,” says Nkosi.

“I’d spent a lot of time in my mind. And that was challenging and it was breaking me at a certain point,” she adds.

However, the value of her silence is not lost on her. Nkosi says that had she not known what living in silence did, she would not have understood her process as deeply as she understands it now.

“But the silence really did push me in its own way because I’d started making images. I’d started this thing, but I didn’t fully understand what it was until I could speak up about it.”

Nkosi was 17 when she was first raped, and 17 when she first started following her instinct to photograph shapes she saw around her. It was this process that gave birth to the photographic installment which is now exhibited at the Market Theatre in Newtown, Johannesburg.

Nkosi is quoted in a press release about her installment saying, “I was raped as a teenager and I remembered it clearly for so long and yet I never spoke up, or told my family about what had happened. It was only when I picked up the camera that I started this conversation firstly with myself […]”

Nkosi says sharing her work and receiving feedback also made her realise that it was not only important for her healing, but that of other survivors of sexual assault.

“[My] work is also to say to other women that they’re not alone. But mostly it’s directly to the male gaze to say look, I’m here. This is happening. And it’s about time you own up and look at it,” says Nkosi.

“What I use mostly is my body to speak about the idea of being seen, instead of the face. So I’m hiding the face [so as] to not necessarily not to put a name on myself, but to speak to a greater cause and to more people than just me.”

Nkosi says she will continue with the project as her journey to healing progresses. ML