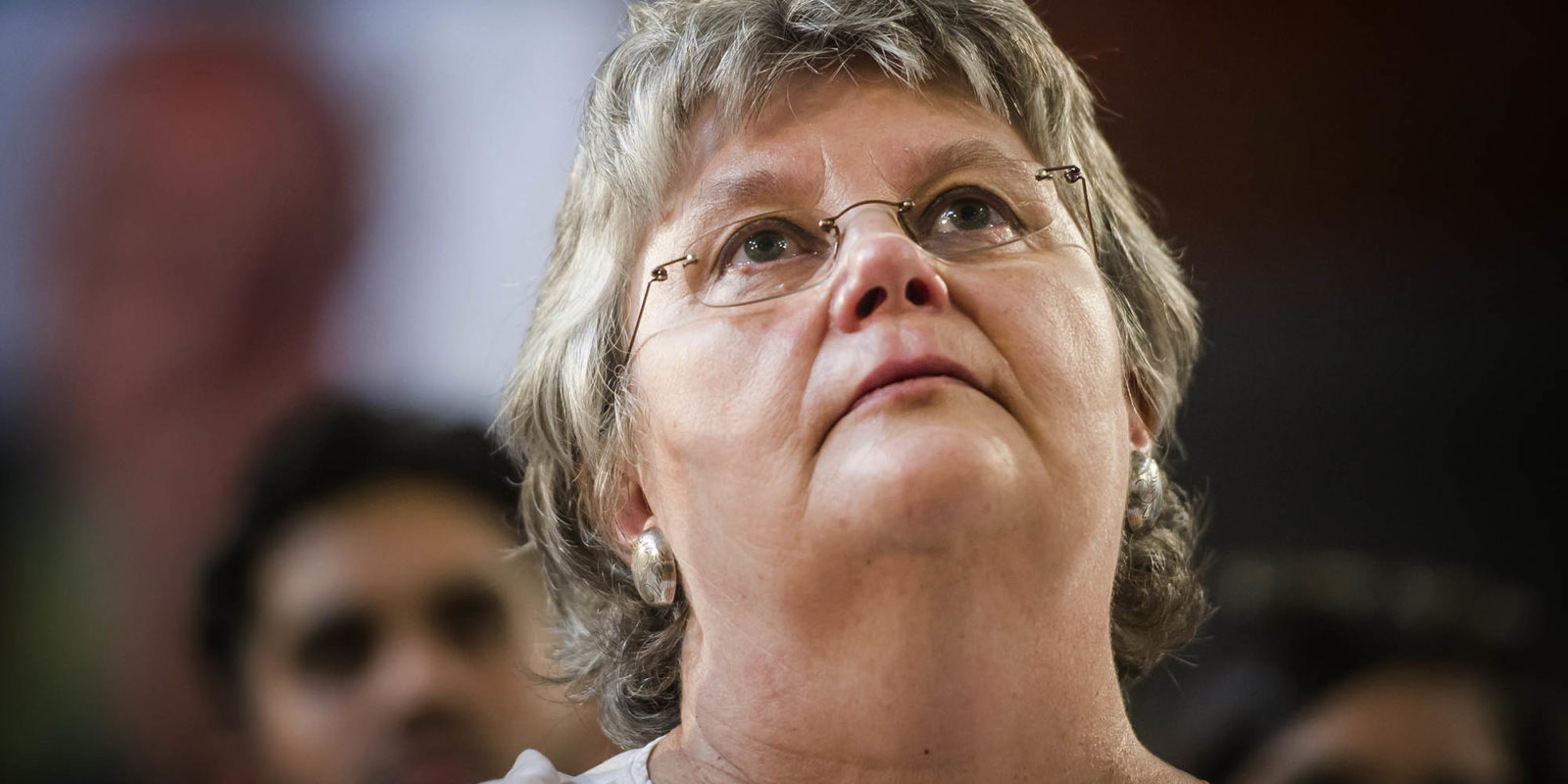 Former Cabinet minister Barbara Hogan has told the reopened inquiry into Neil Aggett's death about the letter that led to his arrest and of her brutal treatment while she was in detention at the same time as the medical doctor and unionist.

Barbara Hogan was being driven by police, including the Security Branch’s Nicolaas Johannes Deetlefs, from Heidelberg Police Station to John Vorster Square when she first suspected Neil Aggett had died.

They passed a newspaper delivery van and Hogan, who had been in detention for months, saw the day’s headline: “Detainees Death Creates a Furore”.

“And I said to Deetlefs, ‘You bastard, who have you killed?’ ”

Hogan, a former minister and ANC stalwart, testified in the reopened inquest into Aggett’s 1982 death on Wednesday, 29 January 2020 at the South Gauteng High Court, detailing the brutal treatment she received from interrogators, some of whom also interrogated Aggett.

Aggett was a unionist and medical doctor. He was found hanged in his cell on 5 February 1982. An inquest in the same year found he had committed suicide and no one was to blame, despite accounts that he was tortured.

Hogan was working with the banned ANC’s political wing and in June 1981, the party believed her secret correspondence with members in Botswana had been intercepted and that she should leave the country.

Through a comrade, she sent a coded report to the party detailing problems with the communication network. That report didn’t mention names, but the party purportedly requested she sends another report listing her associates and comrades who might be compromised.

That report was intercepted by the Security Branch and Hogan, and dozens of others were arrested across the country, including Aggett and his partner Elizabeth Floyd. Hogan had spoken to Aggett, an organiser for the Food and Canning Workers’ Union, about worker solidarity and he said joining the ANC would compromise that work. She never revealed she was an ANC member.

Hogan’s “close comrades” list was meant for the ANC and she said she clearly noted who her comrades in the party were and who might have been sympathetic to the cause, but were working through legal channels, such as Aggett. The Security Branch, however, believed otherwise.

“They thought they had uncovered the major ANC network. It was a foolish assumption that they made and fatal for some people.”

Cronwright and Lieutenant Stephan Whitehead have been accused of severely torturing Aggett. Aggett’s family believes the police officers either staged his death, or he committed suicide as a result of the brutal treatment he received.

Cronwright died in 2012 and Whitehead in 2019, shortly before it was announced that the Aggett inquest would be reopened.

Hogan said Cronwright was “extremely angry” and “aggressive”, and even his own staff called him Hitler. “He saw us as the devil incarnate. He hated the white left.”

Whitehead rarely interrogated Hogan, but during their interactions, she felt he acted like “a voyeur” in Aggett and Floyd’s relationship and asked questions about “icky stuff” between the couple, such as, “Who wears the pants in the relationship?”

“I became very uncomfortable because I got the impression that Whitehead had a morbid, and I mean I really felt it at the time, a morbid interest in Liz and Neil,” she said.

Hogan said her interrogators had little experience in interviewing ANC members who weren’t part of uMkhonto weSizwe (MK), which was “terrifying”. She said they repeatedly tried to get her to implicate her associates as ANC members when they were not part of the organisation.

She recalled multiple assaults during interrogations by Deetlefs and others, and said Deetlefs threatened to take her to the mines and kill her if she mentioned the assaults during a meeting with the district surgeon.

“I was desperate. I wanted to kill myself. I saw no way of my getting out of that situation because I knew of many people who died in detention. I had friends who had been tortured very badly at John Vorster Square. I knew what they were capable of and I just saw myself being tortured to death for information I simply could not provide,” Hogan testified.

She said she tried to commit suicide by stealing the medication she was prescribed for her injuries and swallowing it all while she tied the cord from her dressing gown around her neck.

The district surgeon wrote to the Security Branch’s head office and called for the assaults to stop. Instead, Hogan was moved to a police station in Vereeniging, a different district, and the assaults continued. When she told a magistrate there she wanted to report the officers, he said he couldn’t because they didn’t occur in his district.

Deetlefs, who was one of Hogan’s chief interrogators and also interrogated Aggett, is expected to testify at the inquiry on 18 and 19 February. His lawyer on 29 January said Deetlefs denies he ever assaulted Hogan.

“He’s not telling the truth. Why would I have instituted charges against him if it’s not true?” responded Hogan.

Hogan instituted charges against Deetlefs and another Security Branch officer for assaulting her, but the pair were acquitted.

She, however, was convicted of treason and being a member of a banned political party and was sentenced to 10 and four years, to be served concurrently. She was released from prison after the ANC was unbanned in 1990.

“Can I just say that the reopening of the inquest is very painful for everyone sitting here, but it’s timely and I have just spoken of the terrors that I faced and many people faced worse,” said Hogan.

“Neil and everyone who died in detention under these terrible circumstances needs to have justice, need to be heard and have justice done.”

Hogan said she last saw Aggett while she was being processed at the Johannesburg police station before being moved to Heidelberg in January 1982. Aggett was being led past her and greeted her with a large smile and an “amandla” (power) salute.

The inquiry is expected to last until the end of February 2020. Firoz Cachalia, Frank Chikane and Parmananthan Naidoo, who were all detained at John Vorster Square at the same time as Aggett, are due to testify on 30 January. DM