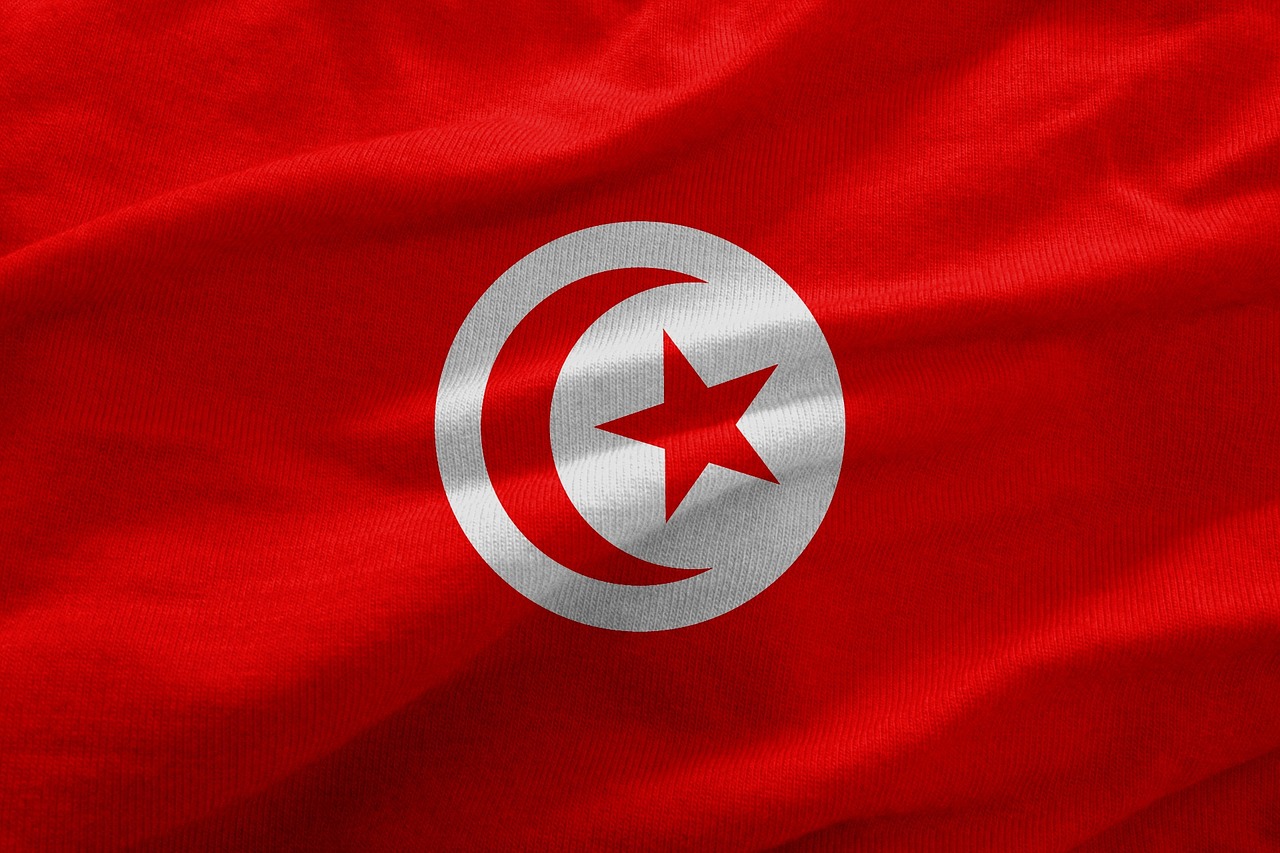 Image of the Tunisian flag by Mourad El Mekki from Pixabay

Although the risk to the state is low, several changes in the persistent and bloody conflict warrant attention.

Tunisia has made significant progress against terrorism over the past four years. Security has been tightened throughout the country’s urban and tourist areas. Along the border with Libya, there are better surveillance systems. The scattered attacks that do occur are mostly amateurish and cause few casualties apart from the terrorists themselves.

The country does however still face a low-level insurgency along a band of mountains in north-western Tunisia by Katiba Uqba ibn Nafi (KUIN), part of al-Qaeda in the Islamic Maghreb, and Jund al-Khilafah (JAK), which is linked to Islamic State.

In the past nine years, at least 150 terrorists have died in the conflict, and over 300 Tunisian police and defence personnel have been killed or wounded. Some of the terrorists are foreigners, mainly Algerian, but most are Tunisian, recruited largely from the country’s west. Despite the large number of Tunisian foreign fighters in Syria and Libya, there are few indications that returnees are involved in the conflict.

It’s important not to sensationalise what is happening in western Tunisia. While unprecedented for the modern Tunisian republic, the conflict has generated minimal casualties compared to ongoing terrorist insurgencies in Egypt, Mali or Nigeria.

Neither KUIN nor JAK controls large parts of the country or many people. Local support for the insurgency is limited, with the terrorists frequently conducting violent raids on houses close to their mountain bases for supplies. The risk to the state is low, with little danger posed to most Tunisians, foreign visitors or the economy. 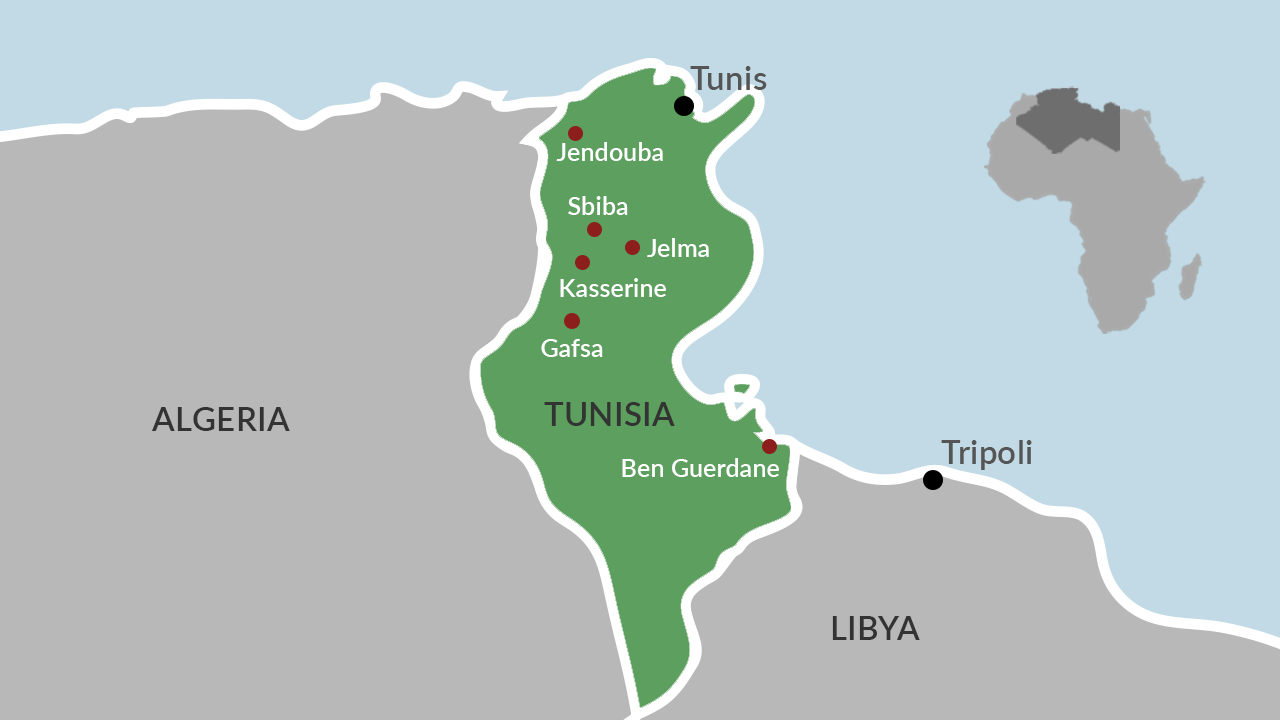 However it’s important not to minimise the problem. The conflict is persistent and bloody, with both KUIN and JAK enduring in the face of significant military and security attempts to eliminate them. It is also changing in worrisome ways. Over the past two years, six trends have emerged that warrant close attention.

First, the conflict has expanded (modestly) in geographic reach. In early 2019, a JAK unit occupied Mount Orbata in Gafsa governorate (see map). Government forces and infrastructure were attacked, and a local shepherd kidnapped and murdered. This was the first real geographic expansion of the insurgency in years. It brought the conflict closer to the economically important phosphate mining industry in that governorate, though it hasn’t yet disrupted it.

Second, as government pressure intensifies, the unity of the JAK, and to a lesser degree KUIN, has dissipated, with small units seeming to operate increasingly on their own. In one instance, breakaway JAK members tried to form a new group, the Jihad and Oneness Brigade, in the centre-western Tunisian town of Jelma in late 2018. It was uncovered and destroyed by the government.

Loosening hierarchical control seems to have given autonomy to individual terrorist units in the west, leading some to engage in transgressive violence and others to develop new tactics aimed at non-traditional targets.

Third, both KUIN and JAK have demonstrated disturbing innovation in tactics. Complex ambushes involving improvised explosive devices and small arms fire have proliferated, including an incident in Jendouba in June 2018 when six National Guardsmen were killed.

Secondary explosive devices have been used to target personnel rushing to aid victims of an initial attack, and in at least one instance booby traps were laid around the body of a murdered shepherd. A growing number of militants have also been found to be wearing explosive belts, though most detonations occur when they’re overrun by security forces, rather than during attacks.

Fourth, there have been changes in targeting. In Kasserine, a small oil pipeline was bombed – the first known instance of the terrorists targeting critical infrastructure. In another first, terrorists robbed two banks in the towns of Sbiba and Kasserine. This suggests that the KUIN and JAK units are financially stressed, as other avenues of fundraising have been closed. It also shows a worrisome ability to plan and execute attacks in small towns in the west.

Fifth, and perhaps most ominous, a growing number of civilians have been targeted through abductions, the beheadings of shepherds, and the murder of a soldier’s relative. These attacks represent a U-turn for the insurgents, especially KUIN, which had assiduously avoided attacking civilians in order to build local support. This strategy largely failed and the groups now seem intent on terrorising local citizens into acquiescence (or at least not active opposition).

The targeting of civilians has sparked public anger against the insurgents. It has also led to small demonstrations against the government for not protecting its citizens. These frustrations should be taken seriously, lest the significant public support enjoyed by the government in the western governorates be placed at risk.

The final inescapable point is that the conflict in western Tunisia isn’t a purely military contest. Rather, the struggle is for the support of the population in the region – and, for the terrorists, whether this comes through passive or active coercion.

The Tunisian government should focus not just on training and deploying troops or acquiring military equipment. It needs to buttress public support by protecting civilians and addressing the deep social frustration in the area, including the dearth of economic options, governance failures and entrenched inequality. A considered and holistic approach can tackle key drivers of terrorism and improve prospects for residents of a historically marginalised region. DM