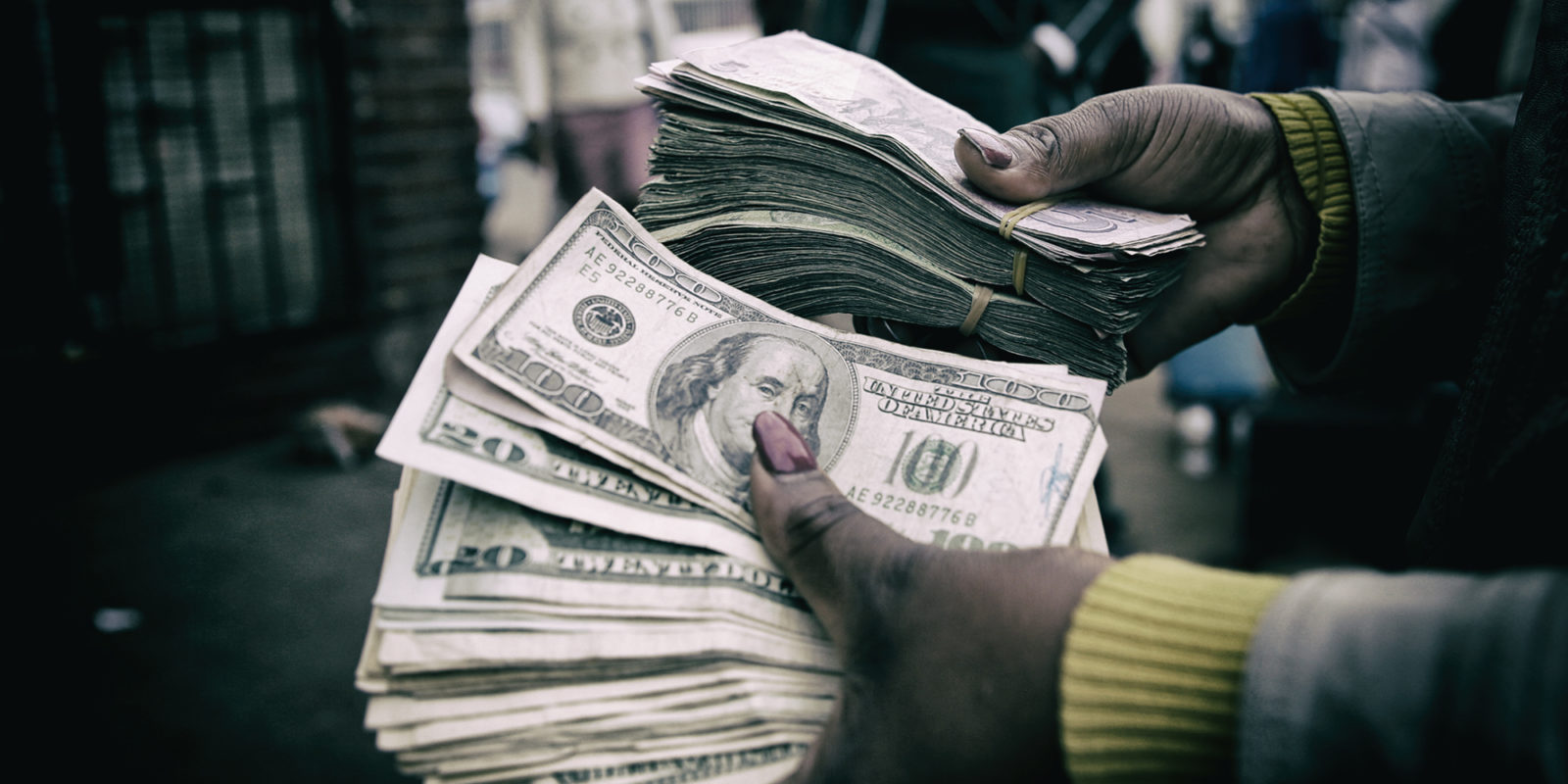 When Zimbabwe brought its currency back from the dead in 2019, its obituaries were already being written, says the author. (Photo: EPA-EFE / Aaron Ufumeli)

Zimbabwe has frozen the accounts of a Chinese company which it said weakened the local currency through manipulation. With inflation reckoned to be galloping at more than 500%, Zimbabwe's farcical attempt at dumping the US dollar appears to be failing, with or without manipulation.

This was all bound to end in tears. In the latest twist in the saga of Zimbabwe’s bid to ditch the US dollar as its currency of choice, the Reserve Bank of Zimbabwe on Friday 24 January suspended the bank account of China Nanchang, a government contractor responsible for a major dam project, over allegations that its manipulations “exerted pressure on the exchange rate”.

“The Financial Intelligence Unit (FIU)… has so far identified one entity (China Nanchang), which has used its bank account to inject millions of dollars into the parallel market in the past few days,” the bank said in a statement. It is also launched a probe to find other “culprits”.

Officially, the local currency is pegged at 17 to the US dollar — a Potemkin-like fiction which few people are buying. On the black market, according to Reuters, its value fell last week to 25 from 22. It appears to have been this move which prompted authorities to act. The bank has made this ham-fisted move before. It suspended the accounts of four companies in 2019 for the same reasons before reinstating them.

When Zimbabwe brought its currency back from the dead in 2019, its obituaries were already being written. The currency was initially buried in 2009 when hyper-inflation reached terrifying levels — if you went to a bar back then, it was often best to pay for all of your anticipated drop up front, because the price could rise before you finished your first drink, shooters included. Zimbabwe $100-trillion notes were in circulation. “Dollarisation” curbed inflation, but without major structural reforms and an end to rampant ZANU-PF looting, the economy has remained in dire straights.

Now inflation is on the rampage again, devouring household incomes at a time of chronic food and fuel shortages. Zimbabwe halted publication of annual inflation data in August 2019 — a sure sign then that the government saw the pear in the shape of things to come — but it is reckoned to have hit more than 500% in December, and the sky is probably the limit. Monthly inflation is still published and it was almost 39% in October. Economists use the monthly figure to make their own calculations on the annual rate.

All of this was sadly predicted. Zimbabwe was far from an ideal candidate to embark on a process of “de-dollarisation”. There is simply no confidence in the Zimbabwe currency — the memories of the past wave of hyperinflation are seared into the public mind and the foreign currencies that people trust, such as the US dollar, are in short supply. Exports of key commodities such as tobacco do not look promising because of drought, so forex is hardly flowing in. Hence the chronic shortages of things such as fuel, which a functioning economy needs to run on.

Zimbabwe’s central bank last week also released the “Deliberations of its Monetary Policy Committee (MPC)”. It said monthly inflation was trending down from the almost 39% it reached in October and was seen breaking further.

“The month-on-month inflation ended the year within close range of the MPC end 2019-year target of 15%. Given the Bank’s key focus on price and exchange rate stability in 2020, the MPC expects the month-on-month inflation to continue decelerating and forecasts it to close the first quarter in single-digit levels. This trend would see the year-on-year inflation coming down to about 50% by December 2020,” it said.

This is at odds with forecasts by local private-sector economists.

“I have inflation averaging 300% this year, I think on inflation there is no chance of sorting it out in the near term,” Zimbabwe economist Tony Hawkins told Business Maverick.

He said part of the problem was that the government was attempting to hang on to scarce foreign currency without finding ways to actually attract it.

“Their focus is on getting people not to use foreign currency, rather than on earning foreign currency. In fairness, the government would say prospects for exports are not good,” he said.

Public-sector wage talks are also ongoing, with an offer of an almost doubling of the salaries of the lowest-paid workers recently rejected, according to local press reports. This indicates huge wage hikes are probably in the offing, which will only serve to bring inflation further to the boil while eroding whatever confidence is left in the currency.

Expect to see more obituaries on the Zimbabwe currency. BM