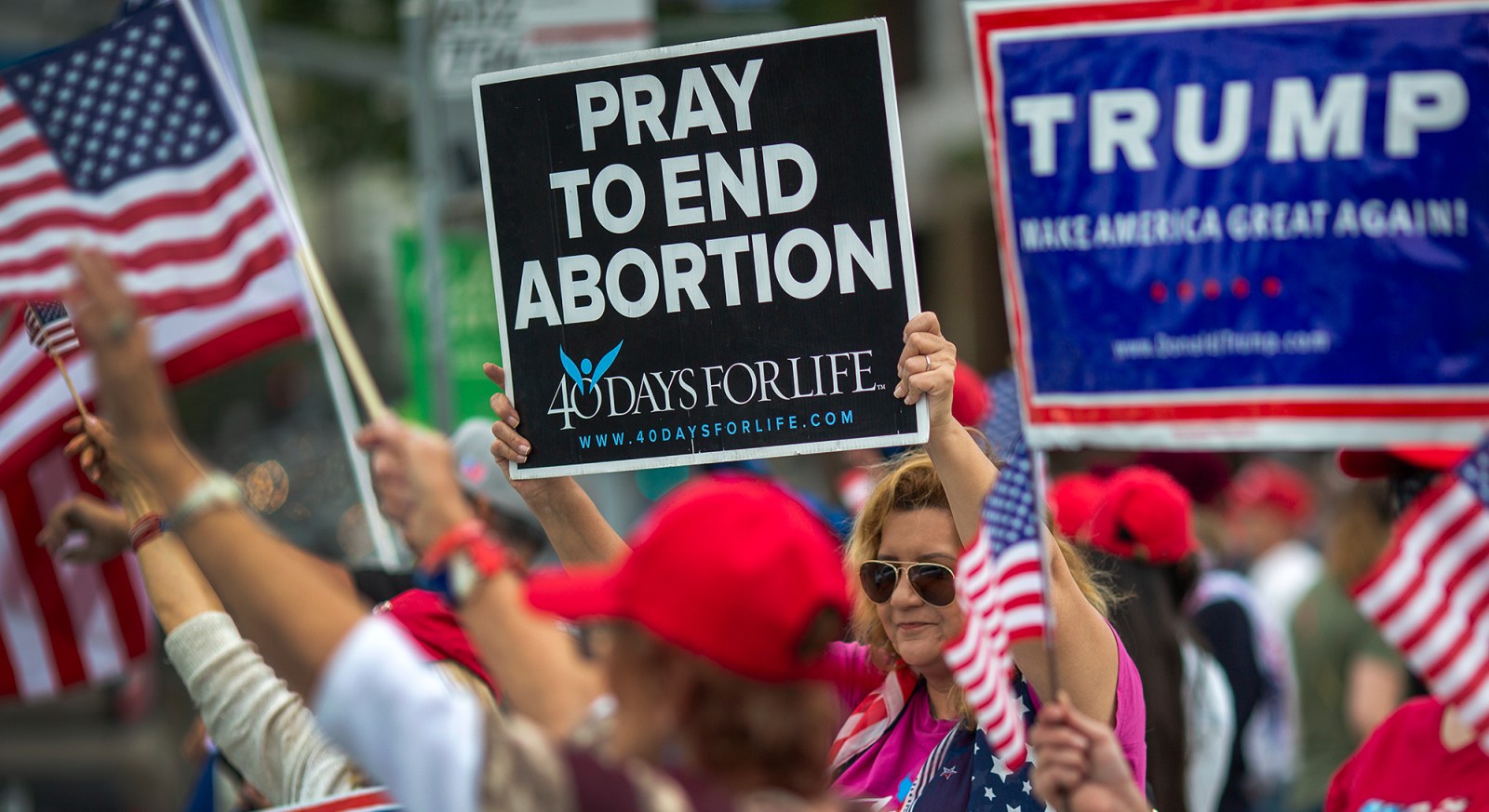 They want a place where men are the head of the household, women are obedient child-rearing wives, LGBTQI+ people don’t exist and abortion is illegal – and believe this is possible in Africa.

The discussion is often bizarre. Some speakers describe the UNFPA conference as “doing Satan’s work”.

“This is how they are getting the whores of Troy into the city,” says Archbishop Hubertus van Megen, the Catholic Apostolic Nuncio to Kenya and South Sudan, about the meeting. He also believes that, by delinking sex from procreation, this will make women think, “I am lord over my body”.

After claiming that “five-year-olds are being recruited into the homosexual agenda”, by being told about same-sex parents, Stephen Green of Christian Voices UK, calls on African governments to close the offices of donor organisations such as the Open Society Foundation and the Ford Foundation for “promoting LGBT and abortion”, stop their aid money and deny their officials’ visas.

“This is the sort of thing that Russia has done already and there are African countries that are moving in that direction,” says Green, who lists the addresses of a number of Nairobi-based organisations that he says are “promoting immorality”, including the Kenyan Human Rights Commission.

Although Green is a passionate advocate of “family first” values, his ex-wife, Caroline, told the UK Daily Mail how he would beat her, force her to have sex and inflict harsh physical punishments on their children during their marriage.

Brazil’s Secretary for Family Affairs, Angela di Silva Martins, is applauded when she reports that her government discouraged pregnant women infected with the zika virus from having abortions and instead offered them grants if they gave birth. The zika virus can cause microcephaly and other severe brain defects in babies born to infected mothers. Martins also argues that when women are raped, they should not opt for abortion.

The scene could well be happening in the dystopian world of Margaret Atwood’s Handmaid’s Tale, where women’s roles are limited to those of wives, servants and concubines – except that representatives from the US Agency for International Development (USAID), are in attendance to run a skills session for these groups and individuals on how to access US government funding.

Far from being fiction, the scene is a peek into how US conservatives, with support from the Donald Trump administration, are increasingly trying to influence African countries against abortion, LGBTQI+ people and comprehensive sexuality education.

Across the continent, an alliance of conservative US and African evangelical and Catholic organisations is coalescing into a lobby group in pursuit of an Africa where men rule households, women are mothers, abortion is illegal, LGBTIQ+ people don’t exist and children are “protected” from knowing anything about sex. They call it “family first” and enjoy massive support from the Trump administration in the US.

However, a phalanx of Trump’s evangelical appointees at the forefront of global and US effort to curtail women’s access to abortion, and sex education at schools are in attendance and show support for views like Green’s.

Dr Valerie Huber, the HHS’s Special Representative for Global Women’s Health, and one of the Trump administration’s most active international anti-abortion crusaders, tells the meeting that inserting “sexual and reproductive health and rights”, into international agreements is an attempt “to ensure that abortion is entrenched as a universal right”.

“Family planning is planning for a family… not help to prevent pregnancy,” says Dr Diane Foley, the US Deputy Assistant Secretary of Population in the Department of Health and Human Services (HHS), who used to oversee anti-abortion advice centres.

USAID’s Deputy Assistant Administrator in the Bureau for Global Health, Dr Monique Wubbenhorst, downplays Africa’s need for contraception by arguing that “the dire predictions of over-population in Africa and Africa running out of food has not happened as humans are ingenious and can overcome obstacles”.

“There are 36,4 people per square kilometre in Africa in comparison to 79 people in Europe,” adds Wubbenhorst, omitting to mention that huge tracts of Africa are uninhabitable desert.

With support from these and other Trump appointees, previously fringe alt-right organisations are having a significant impact on reproductive health policy in Africa. The organisations at the forefront of these campaigns are the World Congress of Families (WCF), Family Watch International (FWI), the Center for Family and Human Rights (C-FAM) and CitizenGo – with a supporting cast of many others, including anti-evolutionists and right-wing European and Russian politicians.

The Department of Basic Education was forced to explain that CSE has been part of the South African school Life Orientation syllabus since 2000 and that the content had simply been updated after research showed that children needed to be equipped with more tools to counter sexual abuse.

However, in Ghana, the campaign against CSE has resulted in that government halting its rollout plans.

The message of US conservatives has resonated with a number of individuals and organisations in Africa. Prominent African speakers included Nigerian conservative Theresa Okafor, the Africa coordinator of the World Congress of Families, who supports the harsh anti-gay laws in Nigeria and Uganda, and has speculated that gay rights may be “a ploy to depopulate Africa”.

Another Nigerian, Catherine Emmanuel Onwioduokit of Family Renaissance International, a ferociously anti-gay organisation, tells the meeting that Trump is “a breath of fresh air”.

The two seem to have no problem with associating themselves with the World Congress of Families, which has been designated a “hate group” by the US Southern Poverty Law Center and described as an “incubator for extremism” by Neil Datta, secretary of the European Parliamentary Forum for Sexual and Reproductive Right in Brussels.

The Nairobi meeting was not a stand-alone event, but one of a number of continental meetings that have been organised by this increasingly emboldened alliance, which seeks to make reproductive health an ideological tug-of-war.

While these organisations are not yet well known in South Africa, they have been active here for quite some time and are working with some of the most conservative elements of our society to undermine our Constitution and a range of progressive government policies. MC

Kerry Cullinan is health editor of openDemocracy 50.50 which is tracking the global right-wing backlash against women’s and LBGTQI+ rights.