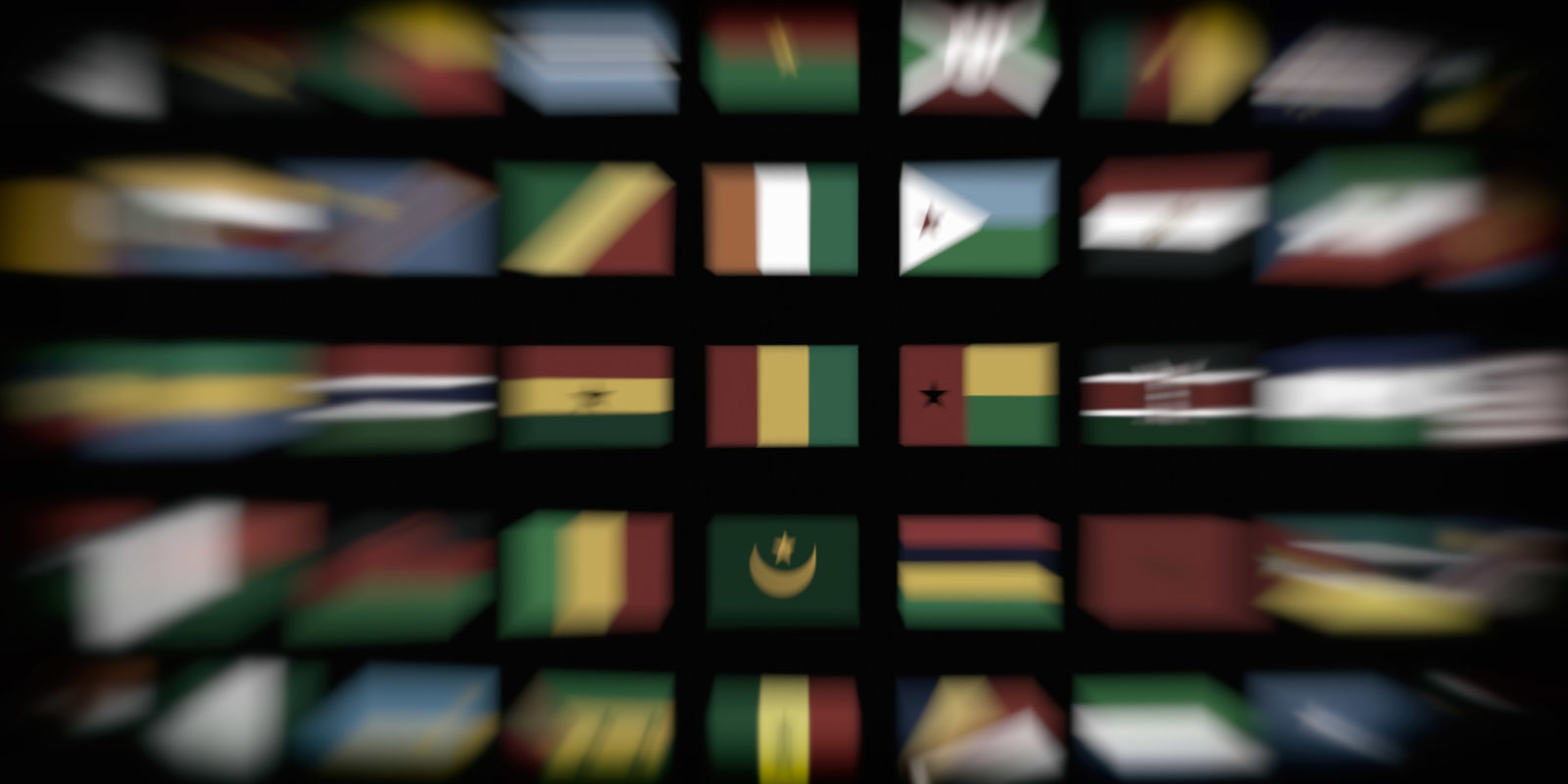 Overall the security problem for Africa is that governance and the institutions which enable it are frail and unable to match the scale of the challenges.

“Why, after my 28 years of working in conflict resolution across Africa,” asked one delegate to a recent security conference, “have so many things remained the same, and so many conflicts and their causes remained unresolved?”

This is only partly true.

Most African states have done a lot better than was feared at the start of the independence process, more than 60 years ago. They were weak then, ruled by outsiders in some cases in concert with unelected traditional leadership, with an economy based on an extractive, commodity-based model. There have been staggering improvements particularly to health care and education, unimaginable at independence.

But that African states have across the board failed to deliver enough to their citizens is indisputable, not only when measured against the expectations of their citizens, but against the performance of peers in East Asia.

Now, new drivers of conflict threaten to unravel even the limited progress made. The projected doubling of the continent’s population within the next generation and the even more rapid increase in the size of African cities are two game changers. The vast majority of this African “second billion” will be living in cities by 2050.

The depth of regional integration as a conduit for both prosperity and security remains weak, in spite of noble goals such as the African Continental Free Trade Area. Just 17% of Africa’s exports are between the continent’s states compared for instance to 59% in Asia. There is no mystery as to why. World Bank estimates put intra-African trade costs at 50% higher than in East Asia for instance. The fundamental determinant of regional integration rests in the presence (or not) of a hegemonic state willing to live up to that responsibility.

Overall the security problem for Africa is that governance and the institutions which enable it are frail and unable to match the scale of the challenges.

The statistics are clear. African states remain in the bottom quarter of most governance, human development and corruption ratings. On average, sub-Saharan African countries score 51.8 out of 100 World Bank’s Doing Business indicators, well below the global average of 63.0.

The lack of investment reflects the absence of suitable conditions to encourage investment – a premium of risk and the costs and ease of doing business, and a consequent lack of investor opportunities. Investment is needed for jobs, and jobs are needed for growth and political stability. In 2018, for example, foreign direct investment flows to Africa touched just $50-billion, only 3.5% of the global total of $1.3-trillion.

Why has governance performance been so poor?

In some instances, it is because the inheritance is poor, in that the state has always been weak, and has remained so. In others, especially in states controlled by liberation movements, the party is the nation and is the state, and decisions are thus taken in the interest of the movement, primarily, and its leadership, where party unity can trump common development logic. And in others, the political economy is simply geared to elite accumulation and rent-seeking.

But there are common problems between African states: for one, the link of accountability between governments and populations is generally weak, sometimes because of passive electorates, or traditional (unelected) forms of authority, or downright poor leadership.

Until now, outsiders have, at least, not made things better, and in many instances made them worse, in spite of spending nearly $1-trillion in aid since independence.

Somalia and South Sudan, for example, have been two of the largest recipients of aid in this century. Somalia receives more than $1-billion annually to try and keep the peace and build domestic security and other systems of governance. South Sudan has received – from the United States alone – no less than $15-billion since 2005. Both remained locked in civil strife.

Revealingly these two countries rank at the bottom of Transparency International’s Corruption Perception Index. Leadership is apparently less directed to the concerns of its citizens than the needs of the outside world. And that world finds it difficult, it seems, to link its generous giving with local governance. Aid continued to flow into South Sudan during the civil war after 2013, during which perhaps as many as 400,000 people were killed.

Take Uganda as another example. The country has been ruled by one party and president since 1986. It is ranked as “unfree” by Freedom House, which notes that the “ruling party… retains power through the manipulation of state resources, intimidation by security forces, and politicised prosecutions of opposition leaders”. Yet Uganda has long been among the world’s top aid recipients. In the 10 years until 2012, for example, the country received more than $16-billion in official development assistance, with a peak aid-to-GDP of over 10%.

Yet Uganda’s strategic situation illustrates a key tension in the relationship. While the ruling party might not align with the West on democracy, this is excused by Uganda’s role in South Sudan and Somalia, roles which Kampala has not been shy to use as leverage with donors.

There is a tension, too, between favouring short-term stability over democracy. In the Democratic Republic of Congo, the international community preferred recognizing the government of Félix Tshisekedi which came to power after a deal with the incumbent Joseph Kabila, on the grounds that the country would otherwise be thrown into tumult. However, the cost of this circuitous route to state house is inevitably a lack of legitimacy and credibility, making virtually impossible the new president’s task of national consolidation and development.

Another tension surrounds the nature of the international community itself, which is increasingly diverse, and no longer governed by state-to-state interactions. In Africa, this community, such as it exists, is no longer centred around the financial activities of the West. Rather it is a much more complex and less cohesive configuration than before. Turkey, Brazil, the UAE, China, Saudi and Russia among others are all players. China, especially, has proven highly transactional in its dealings, which requires Africa appreciating the line between risk and reward inherent in the relationship. On the other hand, the Chinese share concerns about the need for a rules-based system given their reliance on contractual relationships.

For outsiders, there is a tension between the need for strong local leaders, of the sort that “get things done”, and strong institutions. Similarly, there is widespread recognition of the imperative for local ownership, while there is obvious frustration at the pace of local partners and the realization that not all this local ownership is good – as violent events in South Sudan illustrate. Letting the locals do their thing, and fail, is hard to do when the humanitarian bill is picked up elsewhere.

Do no harm: Recognise where assistance can help and cannot, and where it might make things worse. There is an overall need to see external assistance as an investment in the future and in building institutions.

Politics matters: If the political context is wrong, donors are guaranteed to be throwing good money ultimately after bad. It is also folly to believe that tactical and technical level engagements – for example, training soldiers on basic tasks – will shape strategic, leadership alignment between the donor and the recipient. The prevalence of UK, French and US training teams across Africa suggests that African countries will take the help but not necessarily follow the provider’s advice or politics.

Agency is not only about government: While the preference always for governments is to deal only with their counterparts, where authoritarianism prevails, this would necessarily have to involve wider consultation to determine how to avoid simply regime as opposed to human security.

Work out what works, and adapt and emulate: Simply cutting and pasting development solutions is unlikely to work. Rather identifying best practice from outside Africa and from within the continent and sharing and adapting these lessons to the specific circumstances has a better chance of success.

Calibrate support: While recognising that change and development is a long-term project, donors should not be shy to cut off those that go awry, or fail to align with their values, such as over democracy. The empirical evidence is clear: the stronger the democracy – essentially the connection between people and the government – the better the development result.

Security, like development, is a complex process, at least as complex as government itself. Approaches should not be driven by the solutions available, but rather the problems present, responses thus requiring careful iteration and adaptation. A dose of realism is necessary, too, for example over Somalia. If achieving security has been problematic even with a large African peacekeeping force in Amisom and with international aid, it is unrealistic to expect Mogadishu to cope alone with the status quo. Something will have to give.

Any security strategy for Africa worthy of the title will take time, and demand patience and persistence. At its heart is the need to connect people with leadership through politics. DM

Hailemariam Desalegn is the former PM of Ethiopia and a member of the board of the Brenthurst Foundation which is directed by Greg Mills. They are co-authors of the forthcoming The Asian Aspiration: Why and How Africa Should Emulate Asia.