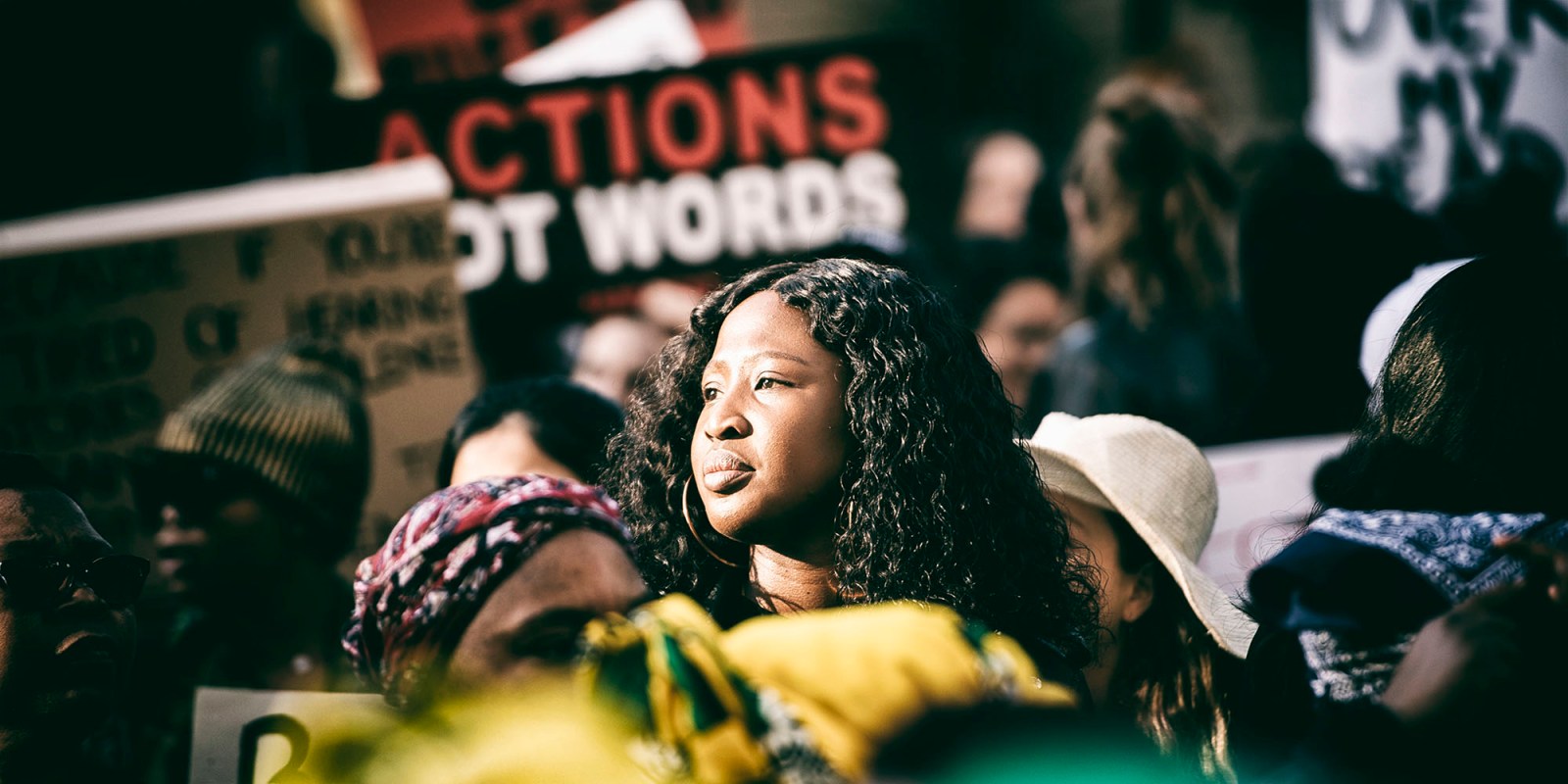 The Durban High Court has handed down judgment in favour of women who were stripped of their financial and property rights after being married under an archaic apartheid law.

The Legal Resources Centre (LRC), obtained judgment in the Durban High Court on 24 January 2020, on behalf of Ms Agnes Sithole and the Commission for Gender Equality, in a challenge to the application of sections 21(1) and 21(2) (a) of the Matrimonial Property Act 88 of 1984, which perpetuated the effect of the now-repealed section 22(6) provision of the Black Administration Act 38 of 1927.

Sithole, the first applicant, acted in her own and in the public interest on behalf of all affected South African women, whose right to property and financial security in marriage was in issue in this case. There are approximately 400,000 women affected by the provisions of section 22 (6) of the Black Administration Act 38 of 1927.

Sithole is 72 years old and entered into a civil marriage with her husband nearly 50 years ago. At the time, all African couples were married under section 22(6) of the Black Administration Act as were Mr and Ms Sithole. During the course of their marriage, Ms Sithole worked hard to support and elevate her family, and her four children are fiercely loving and protective of their mother.

In addition to bearing all the responsibility for housework and child rearing, Sithole supported her husband’s business as a project manager. She also ran her own clothing business, which paid for her children’s education, putting all four through private school and university (including terms of study abroad).

Her children have grown into successful adults with their own careers and families, and Sithole continues to provide the same love and support as a grandmother as she did as a mother. All of Sithole’s income was used for the benefit of her family and the household, and her contributions not only saved her husband large sums of money, but also increased the value of his estate.

Sadly, because the couple concluded a civil marriage under section 22(6) of the Black Administration Act 38 of 1927, the marriage was automatically out of community of property and on the breakdown of her marriage, Sithole has to now confront impoverishment in her old age.

In 1984, the Matrimonial Property Act 88 of 1984 abolished marital power and allowed parties married either before, or after its enactment to change their marital property regimes, but it expressly provided that these amendments did not apply to black couples married under section 22 of the Black Administration Act 38 of 1927. Then in 1988 the Marriage and Matrimonial Property Amendment Act repealed section 22(6) of the Black Administration Act and amended the Matrimonial Property Act 88 of 1984 to permit couples in Sithole’s position to change their marital regime. However, the change in marital regime was only possible within a two-year window period and with the consent of both spouses.

Having heard of the legislative changes from their community, Sithole and her husband incorrectly believed that the Marriage and Matrimonial Property Amendment Act automatically changed their marital property regime to in community of property. In fact, their bank also acted on this information and required Ms Sithole’s signature on Mr Sithole’s financial contracts.

In reality, however, all these laws maintained the default marital property regime of out of community of property for black couples married under section 22(6) of the Black Administration Act. This left Sithole and the estimated 400,000 women like her, vulnerable to this day. It was only upon the breakdown of her marriage and facing her husband’s threat to sell the family home that Sithole learned that her marriage had remained out of community of property and that she had no recourse in law except divorce, to protect herself in her old age from the financial control and decisions of her husband.

It is not surprising that the Sitholes assumed their marriage was in community of property. In fact, the Commission for Gender Equality states that there is no evidence that couples married under section 22(6) of the Black Administration Act used the 1988 amendment laws to change their marital property regimes.

The default position for all other married couples in South Africa is in community of property – except for African couples married before 1988. The consequences of this discriminatory provision have remained to haunt older African women like Sithole.

According to the Legal Resources Centre, Section 22(6) discriminated against black women on the grounds of both gender and race. First, it disadvantaged women relative to their husbands. Evidence demonstrates that women traditionally bear greater responsibility for housework, child bearing and rearing, are less likely to be employed, and even if they are employed, usually earn less than men. Black women earn even less than their white counterparts because historically, black women in South Africa had far fewer opportunities to obtain financial security through paid work.

For women who render unpaid contributions to their marriage and families, financial equality is somewhat easier to attain if they are married in community of property because the assets acquired during the marriage fall into the joint estate and the woman automatically becomes co-owner of those assets. This, to some extent, reciprocates the unpaid labour rendered by women during the course of their marriages.

Unfortunately, the default position created by section 22 of the Black Administration Act of marriage out of community of property without profit and loss, caused the assets to accrue only to the husband’s estate, and automatically prevented the wife from acquiring, or controlling the assets. Her husband could dispose of the assets without any consultation with her, or consideration of her needs. Many women have been forced out of their homes after husbands exercised the power of the control they enjoyed in terms of section 22 of the Black Administration Act.

Second, only black couples were automatically married out of community of property. All other racial groups in South Africa, on the other hand, automatically enjoy the default protection of community of property in their marriages, but may choose to get married with an antenuptial contract. The option under section 22(6) of the Black Administration Act to jointly declare an intention to marry in community of property is premised on the belief that couples will be aware of this option and will consent to this property regime. During apartheid, black couples would have had even less access to the information that the law empowered them to select their marital property regime and the LRC was unable to find evidence that the apartheid government had any interest in notifying black persons of this right.

The requirement of consent posed an obstacle because men own and control family assets in marriages out of community of property and there is no evidence of men wanting to water down their rights by consenting to a marriage in community of property. With limited access to money, formal education and employment opportunities, there is little evidence of women having the power, or standing to obtain the consent of their husbands to change their marital property regimes. Even if couples were properly advised of the amendments to the law, the gendered nuances of unequal access to resources prevented the equity of arms essential to negotiate the desired change.

The measures taken to ameliorate the discriminatory legacy of section 22(6) of the Black Administration Act have helped, but they are woefully inadequate. It was argued that the default discriminatory consequences of marriages concluded under section 22(6) could be cured by an order of an equitable division of assets upon divorce. This is because the Divorce Act empowers divorce courts to order the equitable distribution of assets between spouses married out of community of property under the Black Administration Act “as the court may deem just”. However, this remedy is only available on divorce and does not address the discrimination women like Sithole face during the course of their marriages. Forcing a woman to obtain a divorce in order to acquire ownership, or control of the matrimonial property and essentially to achieve her right to equality, would be intolerable.

Sadly, the Black Administration Act continues to adversely affect the lives of black women some 30 years after section 22(6) was repealed. This is why the LRC, with the help of advocate Geoff Budlender, argued to cure the discrimination and were successful in obtaining the following relief:

In his judgment handed down on 24 January 2020, Madondo DJP explains that: “The discrimination the impugned provisions perpetrate is so egregious that it should not be permitted to remain on our statute books … The recognition of the equal worth and dignity of all black couples of a civil marriage is long overdue.” DM

Sharita Samuel, Kathleen Wootton and Simone Gray are lawyers with a land and education focus at the Legal Resources Centre in Durban.