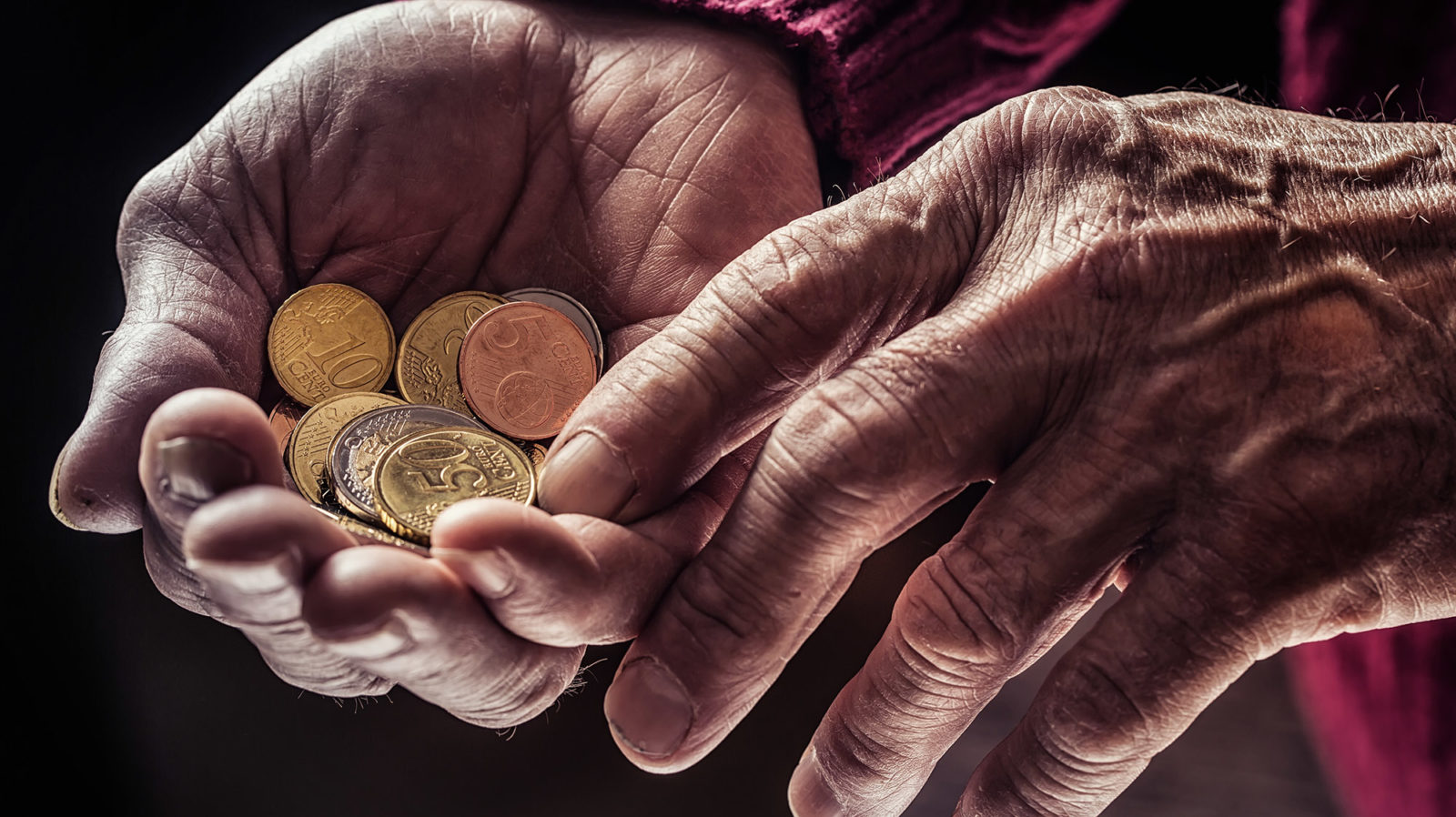 One only has to Google ‘Thelma Melk’ –  the current Head Of Legal and Corporate Secretariat at the Eskom Pension and Provident Fund – to realise her career path has been anything but stellar. She was replaced as the SABC's company secretary in 2012 after she was suspended in September 2011, allegedly for ‘poor work performance’. Word is that Melk allegedly received a R3,2-million payout from the struggling public broadcaster just to go away. Now her past has come to haunt the members of Eskom’s retirement fund.

Before Thelma Melk’s suspension from the SABC made headlines, she was linked to another controversy at the struggling broadcaster. She was known as an international jetsetter and big spender before the broadcaster clamped down on hers and other executive extravagance.

Besides other international destinations, Melk jetted to Los Angeles, first class, on a so-called “content purchasing visit” with a ticket that cost the SABC R175,000. According to the SABC’s annual report, she was one of the public broadcaster’s top earners with a remuneration package of R1.75-million per annum.

She started her career as a legal advisor, employed by Mmabatho City Council before joining the Department of Trade and Industry where she started out as the Secretary: Board Manufacturing Development.  She was later appointed as Deputy Director. She also worked at Transnet as the Deputy Group Company Secretary before moving onto the SABC and SAA, where she held the Group Company Secretary roles. Before joining the Eskom Pension and Provident Fund (EPPF), she was employed by Joburg Market as company secretary and was a consultant in such a capacity to the North West Development Corporation.

She also has a vested interest in Vox Telecom, which was set up by Regiments Capital as part of a BEE consortium in which former ANC Johannesburg Finance MMC Geoff Makhubo was also given shares. It is the same outfit that got Former ANC Gauteng Chief Whip Brian Hlongwa into trouble for failing to declare his interest. Other related parties include Geoff Makhubo, Zukile David Nomvete, Miles Nzama and Sipho Twala.

There is no doubt Melk is a mover and a shaker, and her experience must have counted in her favour to be appointed to the executive of a state utility’s pension fund. And one would like to believe that as a private retirement fund, which is subject to the Pension Funds Act, and is state entity-adjacent, and which publicly claims it also complies with the Public Finance management Act, due diligence and corporate governance procedures were followed in doing so.

But, according to a letter sent to the board of trustees in 2018 by concerned internal parties, and which Business Maverick has a copy of, her appointment did not follow due process when compared to the appointment of other members of the executive like the IT Manager and CFO, which joined the EPPF around the same time.

In fact, as one insider put it, “the first we heard of it was when the board condoned her appointment despite having clear knowledge of her chequered past”, and “with a well-documented background such as hers, she should not even have made it onto a shortlist, never mind being the candidate of choice”.

The only stakeholders that are regretting her appointment at this stage are members of the pension fund, who continue to finance her jetsetting, something that hasn’t changed since her days at the SABC.

She was appointed in April 2018 and according to leaked documents, she jetted off in June/July of that year to Russia and China for a 10-day “training” visit. The total cost of this trip is unknown and the nature of the training, or the benefit to the organisation has never been formally shared with the EPPF board of trustees, or most of senior management.

According to the EPPF HR policies, each employee must have a Performance Development Programme, which should be clearly documented and tracked.

But it is not just the dubious company she keeps, her chequered past, or her international adventures which are raising eyebrows. Other leaked documents indicate the appointment of vendors to the EPPF, without following official policy and procedure.

The letter to the board states that she onboarded a scanning company – Providence Software Solution – to assist with corporate secretariat and legal requirements, despite the fact that the EPPF was already in the process of successfully scanning its own historic documents and against the protestations of the CIO at the time.

The EPPF process dictates that, “if the effort is less than the agreed amount (as approved by the board), then one is allowed to request three quotations, thereafter approval is required from the IT Steering – and Procurement committees before the CEO will approve the contract. Work can only commence once a contract is approved”.

“Melk didn’t follow any of the above steps and just appointed the vendor,” the same  letter states, adding that payments were made “without a contract”.

Insiders further alleged that there was a direct relationship between Melk and the vendor. The same goes for a vendor who quoted the EPPF to supply sports shoes (tekkies), at inflated prices.

“Melk initiated the purchases of ‘tekkies’ without following due process. She further created an expectation among employees that this will be free. Shoe fitting sessions were even arranged and then it was cancelled at the last minute, when the arrangement was suddenly cancelled,” the letter states.

Other examples mentioned are the purchase of 24 bottles of very expensive champagne for the 2018 year-end function, which she did not obtain approval for, nor could be accounted for at the function.

Furthermore, under the guise of a “book club”, Melk had selected members of the legal and HR teams to frequent expensive restaurants, all paid for by the fund.

None of these lavish expenses have been explained, or properly documented to date, the letter says.

The list of curious transgressions is long and wide, and includes appointing related parties to chair her disciplinary hearings, and sending the chairman of the board (and nobody from the IT department), on lavish US trips to investigate pension fund administration systems.

Melk’s failed performance review at the SABC has echoes of her role at the EPPF. Examples quoted in leaked documents include the fact that she has made little to no progress in the fund’s King IV initiative; the refurbishment of the Investment Management Unit requirement (due to be completed end of November 2018 and not even started); the replacement of admin services (contract ended October 2018), and prompt feedback to the Financial Sector Conduct Authority (FSCA) on all these matters, among others.

What she did do, however, is clean house, as she was a key player in closing down the project office at a time that this action brought massive risk to the implementation of a new Pension Fund Administration System.

The R1-million question that remains is why the EPPF board paid no mind to the revelations made to them on all the Melk matters and subsequently made no effort to rectify the breaches in protocol.

Business Maverick was told, however, that it was only once the letter found its way to the desk of Eskom management itself, that a complaint was lodged and the board ordered to address the matter. The utility proposed that Melk’s contract be terminated, but it seems the fund took that as more of a suggestion than an instruction, and opted for a disciplinary hearing after which Melk took a three-month leave of absence.

But she came back.

Of course, the 2019 integrated report does not reveal the cost of these transgressions and the opportunity cost of her poor performance, nor does it specify executive remuneration packages, but it does indicate a meagre bonus allocation of between R4,000 – R6,000 and a below-inflation average increase of 4% afforded to members pay-outs to protect positive flow.

With no government oversight and the Financial Services Conduct Authority yet to conduct an on-site audit, it’s becoming a jungle out there where members earn peanuts and top brass get away with milking the system.

Business Maverick is yet to receive a response from Melk, or the head of communications, Thato Motlhabi. BM

Parliament: Eskom and SAA crises in focus once more

Diversity is not just about race, gender, ethnicity and age

The world needs a prosperous and properly funded Europe

Budget 2020 is not only about the numbers