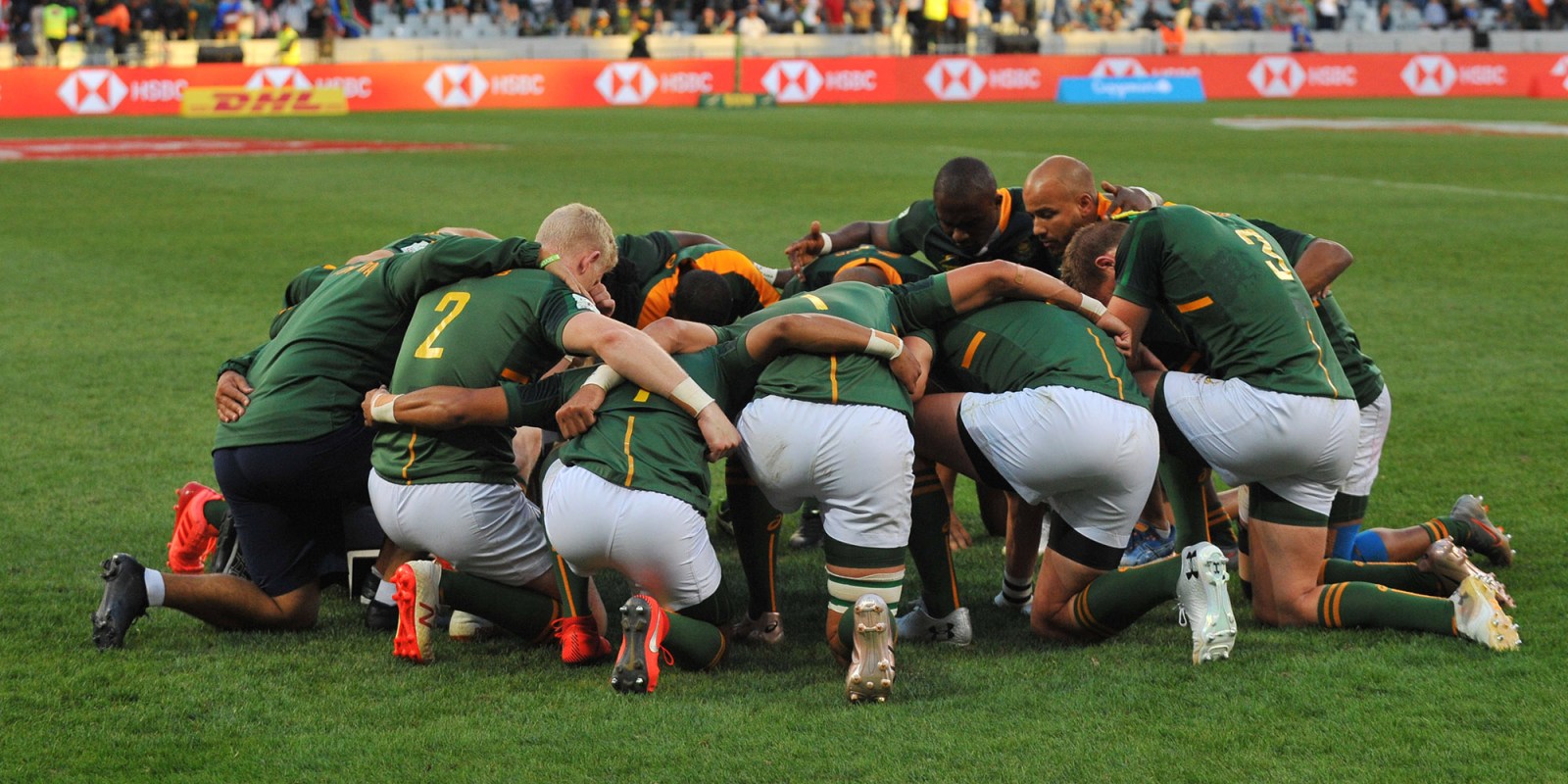 The consequences of inconsistency were starkly punished when the Blitzboks ended a lowly 10th place at the Hamilton leg of the World Sevens Series on 26 January 2020.

It’s been almost seven years since the Blitzboks were consigned to a 10th place finish at a World Series event, but that is the reality of what happened in Hamilton. The last time they were among the rank and file of Sevens rugby was at Hong Kong in 2013.

That year, the Blitzboks bounced back after that anomaly to win the next two tournaments in Tokyo and Edinburgh, ultimately ending second in the overall standings behind New Zealand. It’s going to take some similar heroics this season to repair the damage of what happened in Hamilton.

After the debacle, the Blitzboks are still second on the current 2019/2020 standings but they are now a distant 15 points behind New Zealand. South Africa and Hamilton runners-up, France, are locked on 48 log points with New Zealand – winners in Cape Town and runners-up in Dubai – topping the standings with 63 points.

Losing so much ground in one tournament is catastrophic for the Blitzboks’ overall title ambitions and their only hope is that New Zealand somehow stumble in Sydney, where round four takes places on 1 and 2 February 2020.

With the format of the competition tweaked for Hamilton and the next tournament in Sydney, where the four Pool winners advance directly into the semi-finals, instead of the top eight teams contesting a quarter-final, the Blitzboks paid the price for mistakes.

Given the cutthroat nature of the format, losing a Pool match almost certainly meant elimination from the main places. Losing 21-19 to England in game two, after beating Japan in their opening match, meant that the Blitzboks needed Japan to somehow beat England for them to have any chance of qualifying.

That never happened and to compound the problem, the Blitzboks gave an uncharacteristically gutless performance when going down 36-14 to Kenya in their final Pool match. It was as if they put up the mental white flag knowing that they had blown their chance against England when they led 14-0. That capitulation, more than the final result itself, demonstrated a worrying lack of spirit as they trailed 19-0 at the break.

“We were just poor against Kenya, with our basics not on par,” an angry coach Neil Powell said after the tournament. “If you can’t even win kick-offs you are in trouble. We were also playing catch-up rugby from early on and forced the game a bit, which again created mistakes they capitalised on.

“The unpredictability of sevens again showed. Sometimes you have a good week and a poor tournament, like this one, other times a bad week resulted in a good tournament.”

In their final match, a play-off for ninth and 10th against the equally struggling Fiji, the Blitzboks at least showed some fight despite losing 12-5. It left South Africa with three defeats in four matches after they had won 11 of their previous 12 coming into the tournament.

“Yes, there were some positives from that (Fiji) match, and we can take that into Australia,” said Powell. “We managed to improve our control and it gave us some momentum to take to Sydney. The lack of finishing was still present though, but that was sort of the theme of our weekend. We could not finish the numerous opportunities we created and that was clearly not good enough.

“We will have to plan this coming week accordingly. We will review what and why happened here and take it from there.”

The main objective this season remains winning an Olympic gold medal at the 2020 Tokyo Games in August 2020. For the players involved in Hamilton though, they did themselves few favours in the long-term selection process.

The Blitzboks’ programme is the envy of every team on the world circuit and the 12 players in Australasia on this leg of the World Series are all under pressure. There are another 16 high quality performers contracted to South African Sevens waiting for another opportunity, which includes the likes of all-time leading try-scorer Seabelo Senatla and dangerous playmaker Rosko Specman who are on fifteens duty currently.

The Blitzboks were among several teams unhappy with the change in format for the tournament as organisers in Hamilton and Sydney tried to accommodate a full women’s tournament in a two-day schedule. The only compromise was to reduce the number of men’s games in the draw.

Anecdotal reactions from fans on social media were of unhappiness. Why change a formula that has been so successful over two decades for just two tournaments in the middle of a campaign, was the overwhelming sentiment.

World Rugby claimed the changes to the format were because Hamilton and Sydney would not increase the duration of the events from two to three days – as Cape Town did for round two in December 2019.

“The number of women’s tournaments on the HSBC World Rugby Sevens Series 2020 has been increased to a record eight, with six of these combined with men,” World Rugby explained in a statement.

“It required a revised competition format to be implemented and tailored to each individual event on the series to best fit the local needs of the host union and maintain the player welfare protocols that are in place for the Series.

“Hamilton and Sydney tendered to be included in the Series on the basis of hosting two-day combined events and the match schedule has been developed with player welfare front of mind and following consultation with participating unions, host unions and international rugby players.”

Although Powell was naturally disappointed with the outcome for his team, the reality was that they lost two Pool matches and would not have qualified for the quarter-finals anyway.

Obviously, South Africa might have been more clinical against Kenya if they had a chance of staying in contention for the overall title instead of playing a match that sorted out the minor places. Still, the fact that they seemed to give up against their African rivals says more about the Blitzboks’ attitude than it does about the tournament format.

“We can’t complain. It (the format) will be the same at the Olympics later this year,” Powell said. “We knew what the format was, so we only have ourselves to blame.” DM