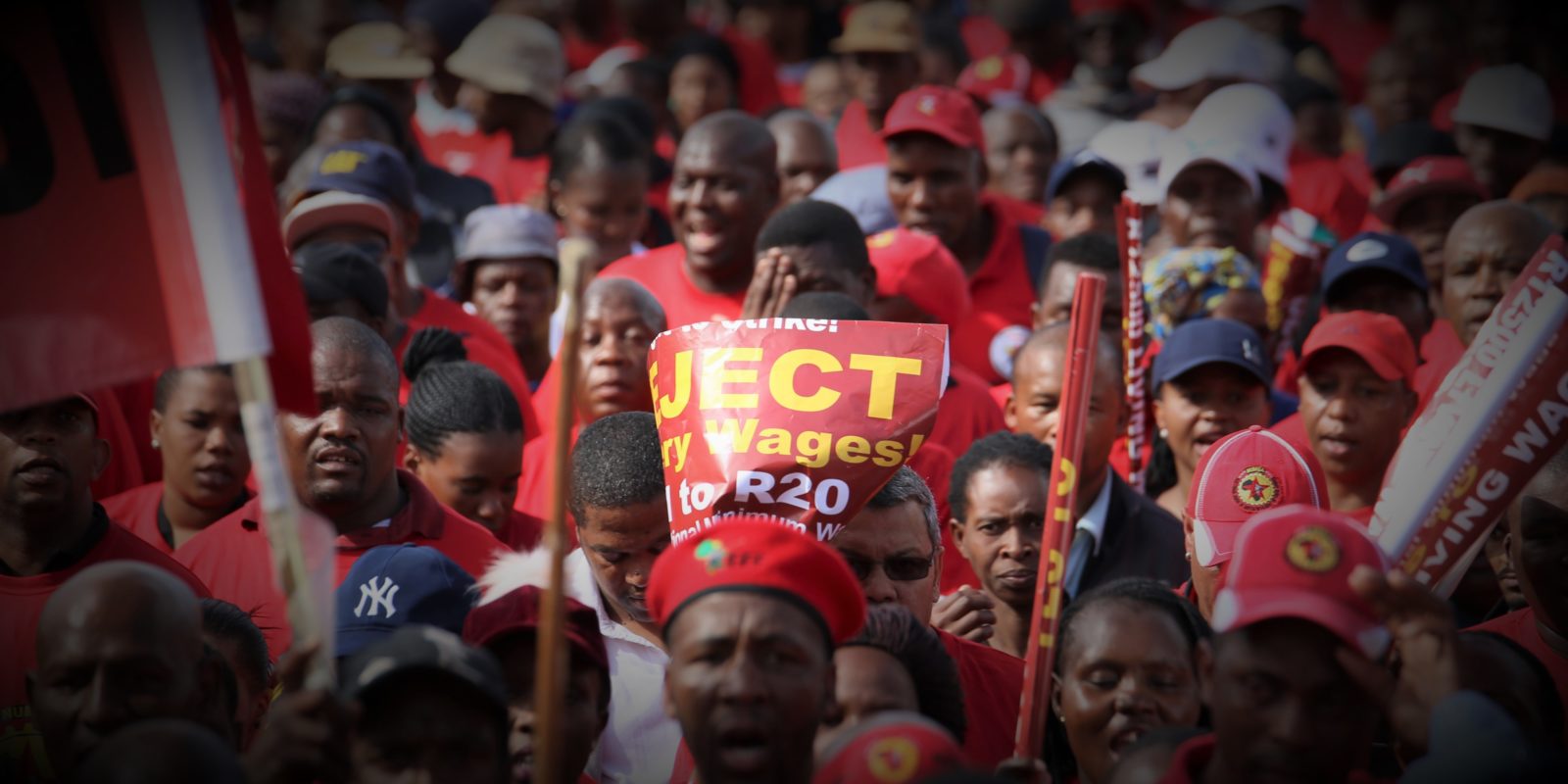 Saftu released a statement on Thursday announcing that they had axed their national spokesperson after the union discovered the former freelance journalist was an alleged rapist.

The South African Federation of Trade Unions (Saftu) fired Ntozakhe Douglas Mthukwane after discovering a string of rape allegations against him.

Secretary-General, Zwelinzima Vavi, announced that Mthukwane had been removed from the post in a statement released on Thursday, 23 January.

The move came after the union conducted a background check and found that Mthukwane, who was appointed national spokesperson on 1 October 2019, had an “alarming pattern of rape allegations” dating back to 1995.

“In our letter of appointment, we categorically stated that we were still doing a background and criminal record check, and that should the result come back positive we reserve the right to retract the appointment.”

The statement says Mthukwane, a freelance journalist from the Northern Cape, had four different rape cases against him, one of which included him pointing a firearm.

Regional Prosecuting Authority spokesperson Phaladi Shuping, confirmed the most recent set of charges from 2019. The case was lodged at the Kimberley Sexual Offences court and included three counts of rape, one of which includes the rape of a 14-year-old girl, for which he had been granted R500 bail.

Shuping could not confirm any previous charges.

According to media reports, in May 2019, Mthukwane allegedly raped a 33-year-old woman in his Beaconsfield flat in Kimberly.

Mthukwane alleged, in court, that the complainant, a sangoma, had sensed “poison” in his body and said she would “suck it out of him” during unprotected intercourse.

In that case, he had also been released on bail.

Vavi, in his statement, said Mthukwane:

Spokesperson for the Commission for Gender Equality, Javu Baloyi, applauded Saftu for removing Mthukwane, saying the Commission needed “all hands on deck” to fight the scourge of GBV.

“We hope other Trade Unions and other institutions would follow what Saftu has done,” said Baloyi, adding that workplaces should have policies which protect their employees from sexual harassment and gender-based violence in the workplace.

Baloyi found fault with how the justice system deals with gender-based violence (GBV) cases and felt that rapists should not be granted bail.

“They need to be dealt with decisively,” said Baloyi.

According to his profile on the South African Freelancer’s Association (Safrea) website, Mthukwane has been working in the media industry since the early 1990s.

He’s the former spokesperson for the MEC for Education in the Northern Cape and was a member of the Information Communication Technology Union (ICTU), one of Saftu’s affiliated unions. Because of this, he was already on their radar when he applied for the job.

Vavi told Daily Maverick that Mthukwane was suspended on 13 January and officially removed on 21 January.

“He is obviously very upset. He’s calling me a Stalinist, a dictator,” said Vavi, referring to comments Mthukwane had posted on social media regarding his axing.

“It’s appalling that a trade union federation can act in such a flagrant disregard for the law. These are doctored lies by Vavi as an individual and not Saftu. I’ve reported this hence the public vilification now. Vavi must prove this nonsense,” Mthukwane wrote below Saftu’s tweeted statement.

He even changed his Twitter bio, wherein he accuses Vavi of being a hypocrite for “abusing labour laws” while calling him an “unethical tsotsi” and referring to himself as a “victim of Zweli Vavi’s Stalinism”.

On Facebook, he said that he’d taken legal “steps”. It is unclear whether these are against Vavi or Saftu.

“The matter is before the authorities. I will release a full statement shortly.”

Daily Maverick could not get hold of Mthukwane for further comment. DM