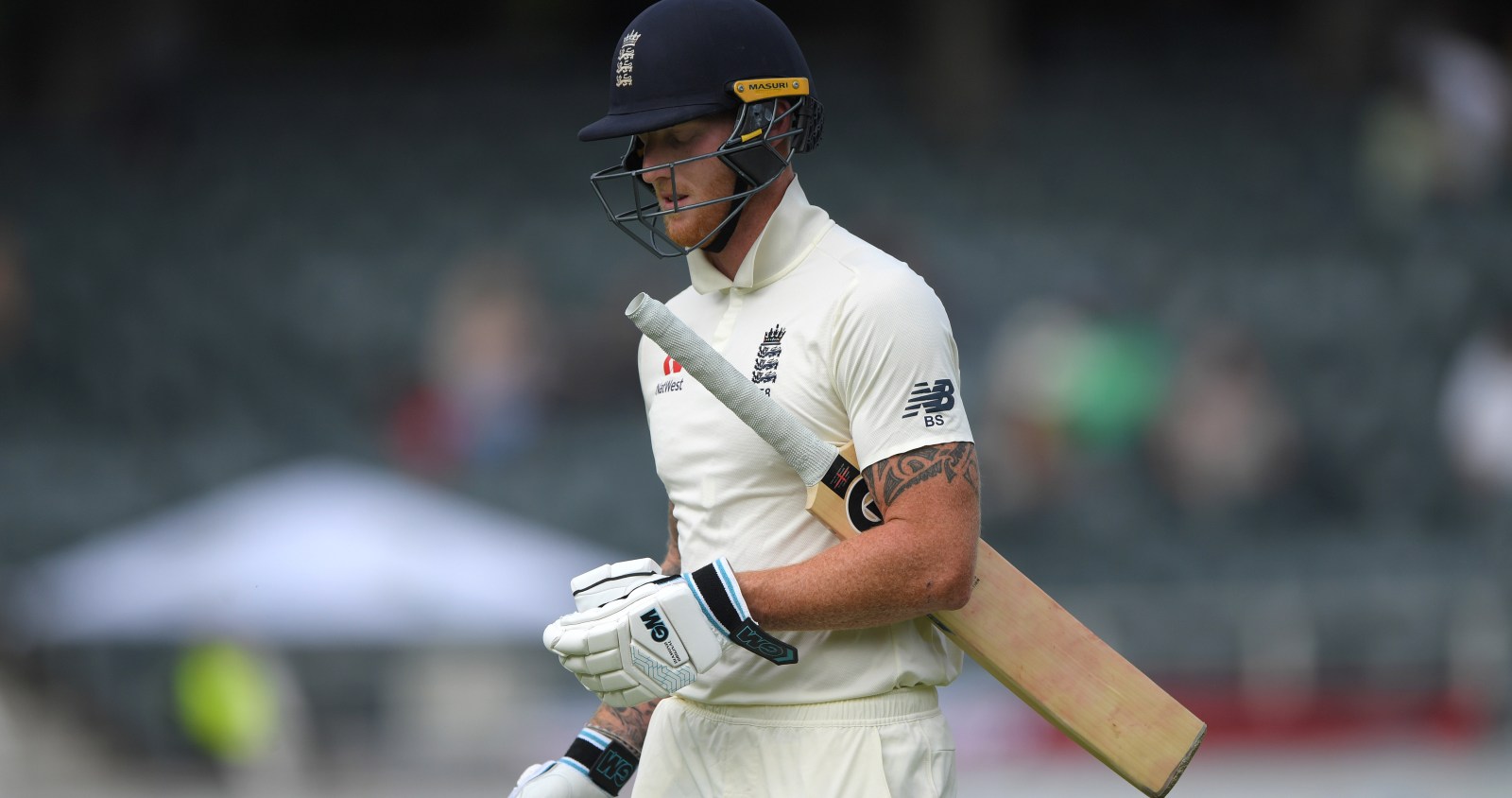 England batsman Ben Stokes reacts after being dismissed during Day One of the Fourth Test between South Africa and England at The Wanderers on January 24, 2020 in Johannesburg, South Africa. (Photo by Stu Forster/Getty Images)

After England’s opening pair put England in the driving seat early on in the final Test at the Wanderers Stadium in Johannesburg, South Africa’s bowling attack fought to leave the match balanced at the end of play on Day 1.

“It’s a big match for us. We’ve had a week where we’re trying to make sure we’re improving as a team. I think that – disappointed from the previous Test – we just took a step back from the first two that we played, to get back on track and make sure we do the basics as best as we can. And then put ourselves in a position where we can handle those pressure moments in the game a little bit better,” said Proteas skipper Faf du Plessis prior to Friday’s game.

They would have to do that without star bowler Kagiso Rabada, who was suspended for the Test after picking up four demerit points in 24 months.

After a three-hour rain delay to the start of play, the first session finally kicked off at 13:20, at an overcast Wanderers Stadium in Johannesburg.

For the seventh Test match in a row, Du Plessis lost the toss. England captain Joe Root opted to send his team out to bat, with Du Plessis commenting that had he won the toss, they would’ve opted to bowl anyway. No doubt a bit of mind games from the Proteas skipper.

South Africa started the match with no spin bowler, choosing instead to go with a five-seamer attack, with the inexperience of the attack showing the rebuilding phase which South African cricket finds itself in.

The most experienced from the attack was the retiring Vernon Philander. The other four who were supporting him, namely Dane Paterson, Anrich Nortje, Beuran Hendricks and all-rounder Dwaine Pretorius, had all played fewer than five Tests each prior to this match.

England also had the inexperienced pair of Zak Crawley and Dom Sibley – who had played 8 Tests between them – opening the batting. And the pair frustrated the Proteas attack, putting on a masterclass on how to drive. They took turns opening the face of the bat, then watching on in admiration as the ball raced away on a quick Wanderers outfield.

They paced themselves, and managed to put together England’s first century stand for the first wicket since 2016, taking the team to 100 for no loss at tea.

Whatever the Proteas coaching staff said to the team during the interval worked a charm, this as the bowlers stepped back onto the field with renewed vigour.

The English opening pair only added seven runs to the partnership before debutant Hendricks picked up the wicket of Dom Sibley. The batsman had earlier survived being caught out of Philander’s bowling by the returning Temba Bavuma; the bowler overstepping for a no-ball.

Philander then got his first wicket on his farewell match, the 223rd of his glittering Test career.

He enticed Crawley, who scored his maiden Test fifty in the game, with a ball that was nipping away from the opener. Sitting on 66 runs, he edged the ball to the safe hands of Rassie van der Dussen at first slip. And just like that the Proteas wrestled back control of the match.

They capitalised on this momentum, adding two quickfire wickets – Joe Denly as well as the priceless wicket of dangerman Ben Stokes. Paterson and Nortje doing the damage to peg back the English onslaught, and leaving the English reeling at 157 for four.

The umpires called an end to the day’s proceedings, citing bad light. England will resume on 192 for four on Saturday with captain Root and Ollie Pope at the crease. DM