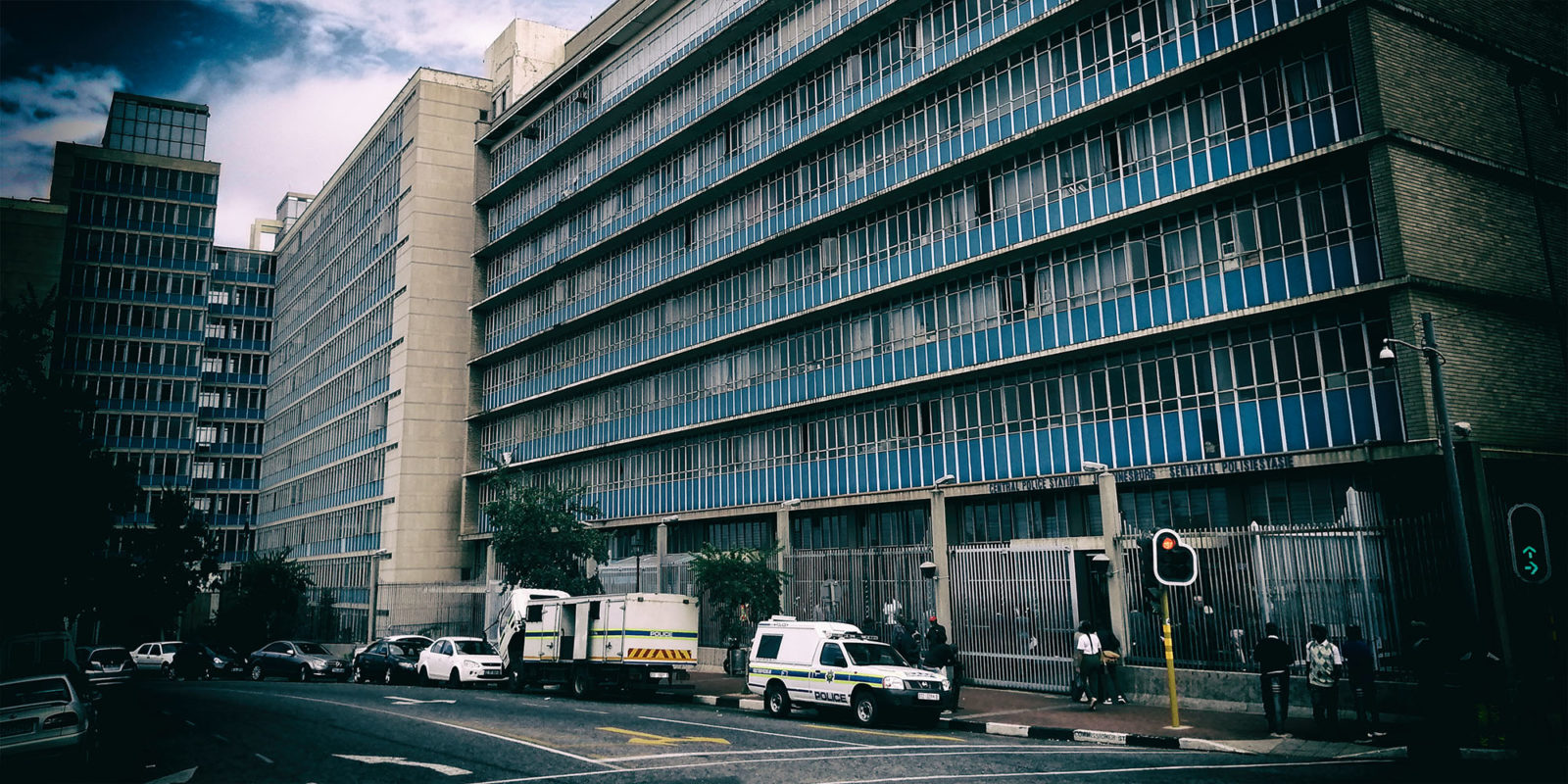 As the reopened inquiry into Neil Aggett’s 1982 death continues, Aggett’s sister has had to walk the infamous halls of Johannesburg Police Station (formerly John Vorster Square) where he was tortured and hanged. While lamenting the delay in returning to the case, she hopes to learn the truth about how her brother died.

Judge Motsamai Makume leaned over a desk in office 10.12 at Johannesburg Central Police Station and took detailed notes. The row of offices on the 10th floor, lined with parquet flooring and separated by ribbed glass windows, resembled many other bureaucratic blocks built in the 1960s and 1970s.

But in 1982, John Vorster Square, as the police station was formerly known, was synonymous with apartheid brutality and its 10th floor was where detainees were interrogated and tortured by the Security Branch.

Makume was visiting the police station on Tuesday 22 January, the second day of the reopened inquest into medical doctor and trade unionist Neil Aggett’s death in 1982.

Aggett was found hanged by a kikoi in his cell in the police station on 5 February 1982 after being arrested with other anti-apartheid activists and spending 70 days in detention. An inquest later that year exonerated his interrogators and ruled his death a suicide.

A plaque erected in 2005 sits on the wall of the police station’s main reception area listing the names of those who died in detention during apartheid.

Aggett was the 51st person to die in detention since the government introduced a law in 1963 allowing police to detain anyone suspected of a politically motivated crime for 90 days without a warrant.

He was the first white person to die in detention, potentially causing great embarrassment to the government, said the Aggett family lawyer, advocate Howard Varney, during the inquiry’s opening statements at the South Gauteng High Court on Monday.

The family will argue that Aggett’s death was either induced by the Security Branch, with Aggett taking his own life after being repeatedly tortured, or that officers staged his death, murdering him.

Makume on Tuesday led a group of witnesses to the cell where Aggett was found hanged. Aggett’s sister Jill Burger turned away as lawyers moved to a neighbouring cell and tested whether it was possible to hang a kikoi from the steel bars 2.6 metres from the ground, replicating her brother’s hanging.

“My brother’s death has left an open wound which has never fully closed and I would like to have closure, and that closure can only come from finding the truth,” Burger told the inquiry at the South Gauteng High Court while testifying on Wednesday.

She described her brother as having been generous and softhearted as a boy and as empathetic and compassionate as a doctor. She said he was “always inquiring and searching for the truth”.

Burger was “shocked and appalled” when she heard Aggett was arrested in 1981 and she and her mother Joy went to visit him on 31 December. He told them not to worry.

“He looked very pale, quite thin. He had quite bad eczema in his eyebrows and eyelashes which hadn’t been treated. He had no shoelaces and no belt.”

When Burger and her mother left the police station in 1981, they shared a lift with Security Branch officers who were on their way to a New Year’s Eve party. “That building was very formidable and we left with very heavy hearts.”

Aggett was working at Baragwanath Hospital before his arrest and asked his family to get him a book on emergency surgery so he could study while in detention, which lawyers will argue showed he was not suicidal.

“I couldn’t imagine he would ever take his own life. He had a loving family, loving friends and he knew he meant the world to us,” said Burger.

The death took a heavy emotional toll on the Aggett family. Before the death in 1996 of his father, who was right-wing according to Burger, among his last words were, “I just hope they get those bastards one day.”

Aggett’s family’s legal team will bring evidence to show that he and other political detainees at the time were brutally tortured, including being electrocuted and assaulted, leading to either Aggett taking his own life, which the inquiry refers to as induced suicide, or that Security Branch officers murdered him and staged his death.

Activist Maurice Smithers was detained at the same time as Aggett but was kept in Randburg. Police officers brought him to John Vorster Square when he needed to see an optometrist. While he was detained in office 10.11, he saw Aggett through the window in the next office.

“He was basically being made to run up and down on the spot and do push-ups,” Smithers recounted while visiting the same office on Tuesday.

Smithers said a cop was harassing Aggett by hitting with him with what looked like a rolled-up newspaper. Smithers was taken to an optometrist in Hillbrow and when he returned to the same office at the police station Aggett was still being forced to do exercises.

He had no shirt on and when officers eventually told him to dress, Aggett bent down multiple times to collect his clothes, leading Smithers to believe he may have been naked.

In the lead-up to the 1982 inquest, Burger believed her home telephone was bugged and said a car was often parked outside, which she assumed belonged to the Security Branch. She received a call one day from Security Branch officer Paul Erasmus, who lied about his name, inquiring about the family.

Erasmus and Lieutenant Stephan Whitehead were illegally in Aggett’s parents’ house at the time of the call searching for evidence to show Aggett was suicidal.

“You couldn’t imagine a police force being so desperate that they had to resort to criminal activity,” said Burger.

“Why would they need proof by looking through my parents’ home?”

The family will argue that the Security Branch embarked on a widespread cover-up to hide their role in Aggett’s death. Whitehead died in the same week the government announced the reopening of the inquiry in 2019. Aggett’s other chief interrogator was Major Arthur Cronwright.

Burger said she believed Whitehead might have had a deal with someone to ensure the inquiry was not reopened while he was alive.

“I so rejoiced when this country became a democracy. It stood out as a paragon of virtue when the Constitution was written. We all had high hopes and at that stage I thought there would be some reckoning of how the bullies and the security police treated so many people, not only my brother but many, many others,” said Burger on Wednesday.

“It shocks me now that it’s taken so long for the state to look back at these crimes.”

The inquiry continues and will hear the evidence of David Dison, the junior attorney for the Aggett family in 1982, and will spend Thursday and Friday hearing the evidence of Aggett’s partner Elizabeth Floyd. DM