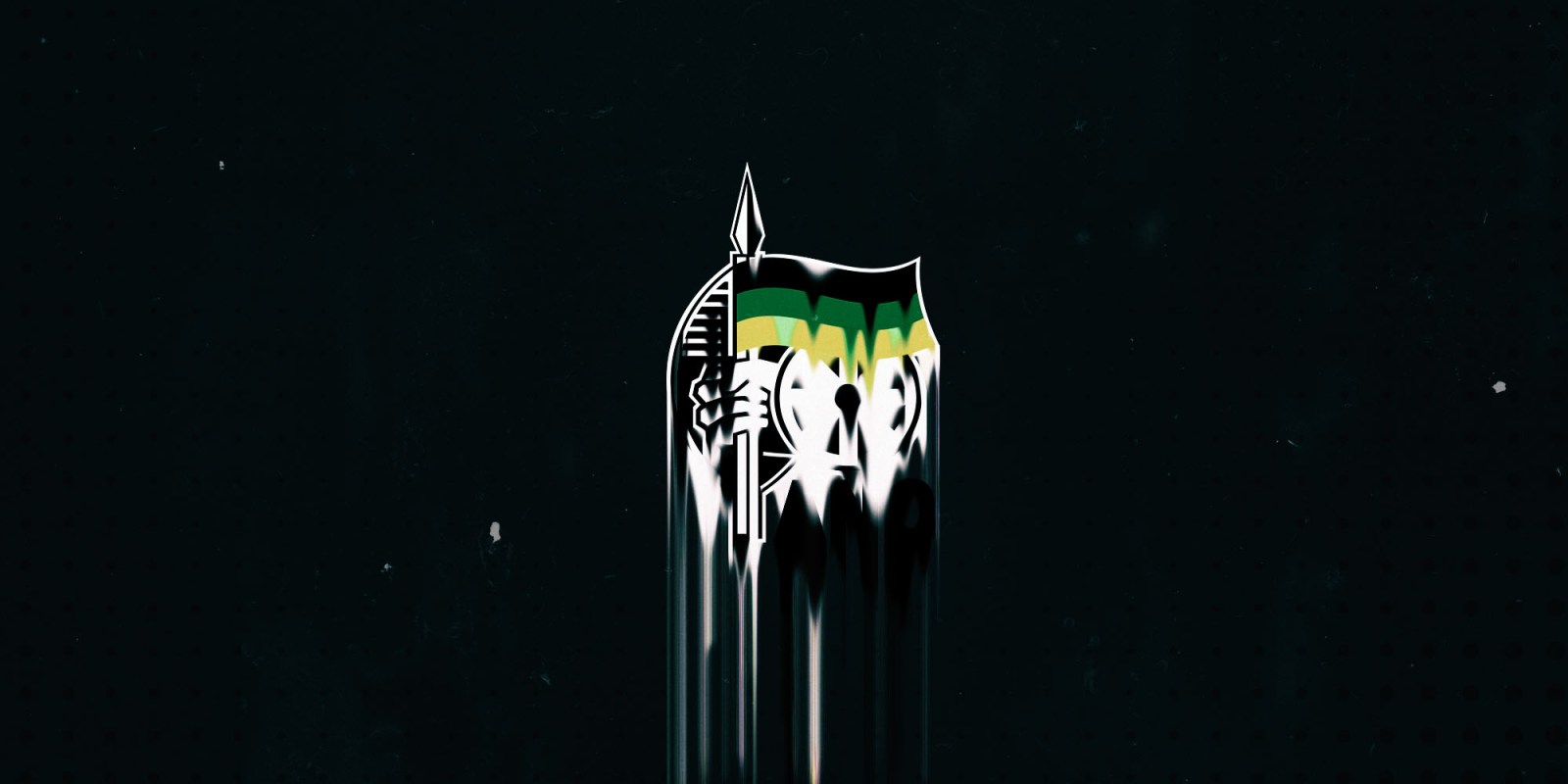 Overall, the policy intervention proposals of this January 2020 ANC NEC lekgotla at this pivotal point in South Africa’s history is a case of more of the same, even if dressed up in glossy spin, says the writer. (Illustrative image | source: ANC logo / wikimedia)

The ANC National Executive Committee lekgotla put on a glossy spin of being proactive in its responses to South Africa’s economic gloom of stubbornly high unemployment, a stalled economy at 0.4% growth and rising inflation. But just a light scratch on the proposal offering shows what’s proffered is neither new — much dates back years — nor that effective.

South Africa’s flailing economy and profoundly distressed state-owned entities (SOEs) such as SAA and Eskom emerged as central to the ANC National Executive Committee (NEC) lekgotla whose decisions will now feed into the Cabinet lekgotla, and ultimately the programme of government action to be announced at the State of the Nation Address on 13 February 2020.

Discussions were described as “robust” and “constructive”, coming at “a pivotal moment for our country, when our economy is facing severe challenges and many of our people continue to endure great hardship” as both the statements from ANC Secretary-General Ace Magashule and President Cyril Ramaphosa said on Wednesday and Monday respectively.

The solutions crafted, presented and ultimately adopted by the ANC NEC lekgotla were styled as detailed, concrete proposals for solutions.

As long as eight years ago government proposals emerged to consolidate and rationalise SOEs and improve efficiencies while clarifying their commercial and developmental mandates.

In March 2012 the Presidential Review Committee on SOEs final report was handed to then president Jacob Zuma by the review committee chairperson Riah Phiyega. Subsequently she was appointed as head of the SAPS and was national commissioner when police killed 34 Marikana miners in August 2012.

The SOE review had taken almost two years and the recommendations were plentiful, including that government should “ensure consolidation of the SOEs”, also by clustering these entities into commercial, developmental financing and strategic groupings, “reduce the number of SOEs and streamline, where appropriate”, and “performance should be assessed on the basis of efficiency, effectiveness as well as service delivery”.

Also recommended was an overarching SOE Act to apply to all such entities, and clearly defined roles for the SOE, the sector regulator and stakeholder, or government.

According to the review timeline, 2020 would be the year after consolidation and legislative interventions when “selected world-class SOEs are in place”.

Those March 2012 recommendations clearly shine through the governing ANC lekgotla’s decisions to consolidate and rationalise SOEs, to “clearly outline commercial and developmental mandates” of SOEs, ensure better “operational efficiency, integrity of SOEs” with fit-for-purpose appointments and to “avoid political interference in operational matters, other than an intervention in the case of mismanagement and possible company failure”.

Somewhat ironically, only political and ideological motives could underscore the decision that “SAA should be retained as a national airline, which will require substantial restructuring”. Keeping SAA in state ownership has frequently been described as a vanity project, given the R15.7-billion in bailouts the troubled airliner has received since June 2017.

In the 2001 State of the Nation Address, then president Thabo Mbeki launched the Urban Renewal and Integrated Sustainable Rural Development Programme that identified an initial 15 rural and seven urban nodes for focused attention.

Political machinations around the 2007 Polokwane ANC national conference that saw Zuma elected party president, and Mbeki’s September 2008 recall from the Union Buildings, ultimately saw the petering out of rural and urban renewal interventions in places such as Alexandra in Johannesburg, Galeshewe in Kimberley and Mitchells’ Plain in Cape Town, and rural areas such as KwaZulu-Natal’s uMzimkulu and uMkhanyakude.

Roll forward to 2020, the year before another municipal election, and for the governing ANC the district development model may just be an important electioneering platform.

Elsewhere on the local government front, the ANC NEC lekgotla decision transverses stale points like improving municipal skills, which has been a focus since the 2004 Project Consolidate under then provincial and local government minister Sydney Mufamadi.

Also not quite new, and somewhat odd, given the existence of the Municipal Finance Management Act and the Municipal Systems Act for about two decades, would be the ANC NEC lekgotla’s decision for “the clarification of roles and functions between political and administrative leadership”.

On the manufacturing front, the identified growth industries also do not herald much fresh.

Automotive manufacturing has long been a leading sector under the long-standing Industrial Policy Action Plan (Ipap), which also provides incentives. This policy intervention under former trade and industry minister Rob Davies has ensured key manufacturing investment hubs at Port Elizabeth and East London in the Eastern Cape or Rosslyn near Pretoria. Coincidentally, Ramaphosa opened a special economic zone in November 2019 that is said to potentially attract R60-billion in investment, named the Tshwane Automotive Hub.

“The creative and cultural economies are one of the fastest-growing industries and should be at the centre of national strategic priority to unlock the wider socio-economic participation and inclusivity in the mainstream economy”.

The Mzansi Gold Economies initiative is long launched, and by September 2019 so were the automated applications for creative industries funding for public art, cultural events and touring ventures at least.

So, not that much new here either.

Identifying renewable energy as a growth sector is running the gauntlet. Renewables such as solar and wind and related independent power projects are heavily politically contested territory. The National Union of Metalworkers of South Africa (Numsa) and the National Union of Mineworkers (NUM) are publicly opposed, given the impact of moving from coal, where many of their members are employed.

However, it is here that one of the new policy initiatives emerged – the ANC’s move to allow municipalities to purchase their own power and for businesses to be able to generate their own power.

Godongwana confirmed a decision to “ease the regulations and allow for municipalities in good financial standing to procure their own power”.

Much regulatory, and legislative, work would still have to be done for this to happen. It comes as Eskom is being unbundled into three entities, with transmissions the first to be established by March 2020 under the umbrella Eskom Holdings.

But the curveball news from the ANC NEC lekgotla was its decision that the executive, effectively ministers, would decide on issues related to expropriation without compensation.

That decision stands in stark contrast to the draft Constitutional Amendment Bill that puts courts in charge of determining compensation, including nil compensation, or nothing.

This decision may well be a factional win for the so-called radical economic transformation grouping, in return for softening on SOEs, strategic equity partners and renewables as a growth sector. But how this sharp turn on compensationless expropriation ultimately plays out in the parliamentary legislative process remains to be seen.

Overall, the policy intervention proposals of this January 2020 ANC NEC lekgotla at this pivotal point in South Africa’s history is a case of more of the same, even if dressed up in glossy spin. And given Ramaphosa described the gathering as “the brains trust”, that’s just plain disappointing. DM