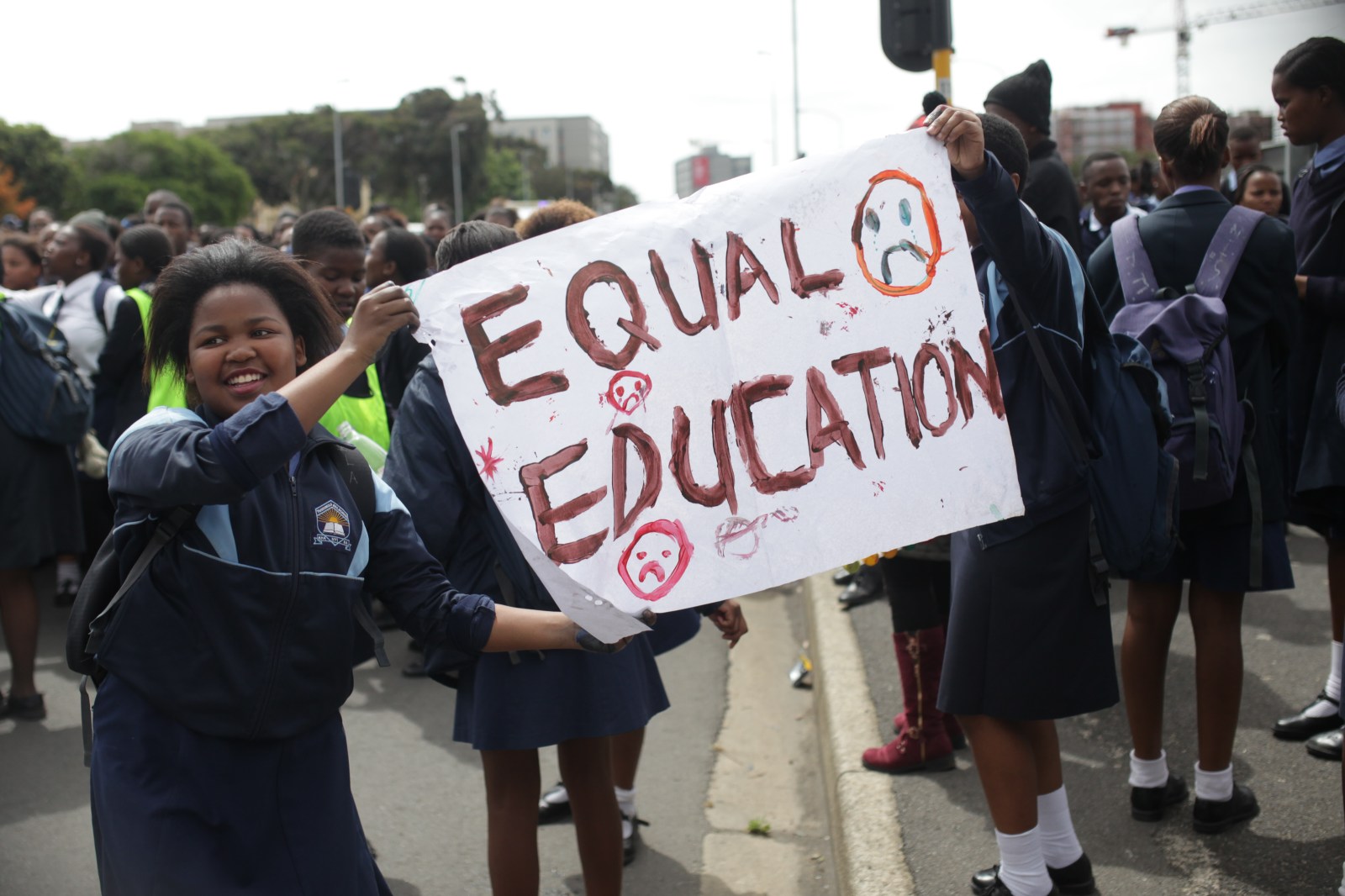 A close look at the statistics raises troubling questions.

As schools re-opened last week, trends for the last three years reveal that about 40% of the learners who entered Grade 11 last year will not have enrolled for Grade 12 this year.

Basic Education Minister Angie Motshekga on 7 January announced a national 81.3% pass rate for the 2019 National Senior Certificate exams, up from 78.2% the previous year. But DA Shadow Minister of Basic Education Nomsa Marchesi, a week later said that taking into account the throughput rate — the number of learners who started Grade 1 in 2008 against how many of them passed the NSC in 2019 — only 37.6% of them wrote and passed at the end of Grade 12.

Calculating the NSC pass rate against learner throughput, which the DA labels the “real” pass rate, changes the provincial rankings and moves the DA-run Western Cape up from fourth spot to number 2 with a 50.7% pass, while Gauteng takes the lead with 58.8%. The Free State, which had the highest pass rate of 88.4%, drops to 42.8% and fourth spot.

When looked at this way, Gauteng and Western Cape are still the best performing provinces, although the results are grim across the board. These provinces have largely urban populations, where schools are typically better equipped than those in rural areas. Gauteng and Western Cape also have lower percentages of households living in poverty than other parts of the country (see the last column of the table above).

A surprising finding is that Limpopo is in third place in this analysis. This is surprising because of Limpopo’s high household poverty rate (55.4%) and the rural nature of the province. Free State comes in fourth. Eastern Cape and Northern Cape fare the worst in terms of learners being able to stay the course in the system and matriculate after twelve years of schooling.

Mary Metcalfe, former Gauteng MEC for Education, weighed in on Twitter with another way to look at the data. She tweeted a graph that the Department of Education included in its 2019 NSC examination report. The grade 12 attainment graph developed by Statistics South Africa based on household survey data shows the percentage of youth per province that completed matric. Gauteng has the highest percentage of youth aged 20 to 28 who finished grade 12. The Eastern Cape fares worst. Of course this is also skewed by migration between provinces. And even Gauteng’s percentage of about 60 to 65% of youths aged 28 or younger having matric is dismal.

Western Cape Education MEC Debbie Schafer, in an interview with EWN, attributed the high drop-off rate to “culling” learners between Grades 10 and 12 to improve the matric pass rate.

Asked to expand on her comment, Schafer told GroundUp “culling” involved “’losing’ weak learners along the way so that schools and provinces can achieve a higher pass rate”.

“When 20% or more of a province’s entered candidates for the matric year do not write their exam, it is difficult to explain this away without considering that some of those learners may have been kept back on purpose. We have heard reports of this in some provinces,” said Schafer.

A Gauteng teacher with 12 years of experience in state schooling and five years teaching within the private school system, disputed that culling takes place on such a large scale, or that holding back poorly performing learners was a bad thing.

The teacher, who cannot be named, said in her experience, culling, in which learners were asked to leave the school prior to Grade 12 as they were unlikely to pass their exams, happened at private schools that wanted to maintain their 100% pass rate. She believed this was a despicable practice among some Gauteng schools which cared more about their reputation than the education of the child. But this was not widespread enough to account for a significant percentage of the large drop-off between Grade 11 and Grade 12.

She said other factors, such as deaths and family disasters, meant a learner might have to leave school to care for a family member or contribute to household income. Also, she said, many learners, upon reaching Grade 10, realised they were better suited for technical qualifications, and left to pursue Grade 12 equivalent qualifications. There were even some learners, she said, who left school before Grade 12 because they had developed successful businesses.

She said many learners who were struggling academically were persuaded to repeat Grade 11 rather than go on to fail Grade 12. This, she said, was in the learner’s best interests, as failing Grade 12 could have a “huge” psychological impact.

Martin Gustafsson from the ReSEP Research Group at Stellenbosch University says the drop-off of learners between Grade 10 and Grade 12 is inflated by very high levels of grade repetition and not representative of the actual drop-off level.

“But there is of course still massive dropping out in the sense that around 45% of youths do not obtain a National Senior Certificate, and only about a further 3% obtain an NSC equivalent, without also having the NSC,” he says.

Gustafsson says there are no properly calculated dropout rates for South Africa.

“The problem for us in South Africa, and for most developing countries, is largely that we do not have excellent administrative data on how many learners in any year are repeaters. Without this, one cannot do the calculation properly,” states Gustafsson on his blog.

Is the drop-off between Grade 11 and 12 worsening?

We looked at whether the drop-off is becoming worse by analysing data from 2014 to 2019. It indeed does appear to be getting worse as the graph below shows.

A complicating factor which we have not taken into account is the Multiple Exam Opportunity (MEO). This allows struggling matric students to spread their final exams over two sittings: some are written in December and the remainder in June the next year. These students results are not captured in the annual matric pass rates or enrollment figures for the subsequent year.

Also not taken into account is the rising number of part-time students.

There has been some euphoria over the rising matric pass rate. But this analysis shows that it is probably a mirage. There is little to celebrate about South Africa’s school results. DM