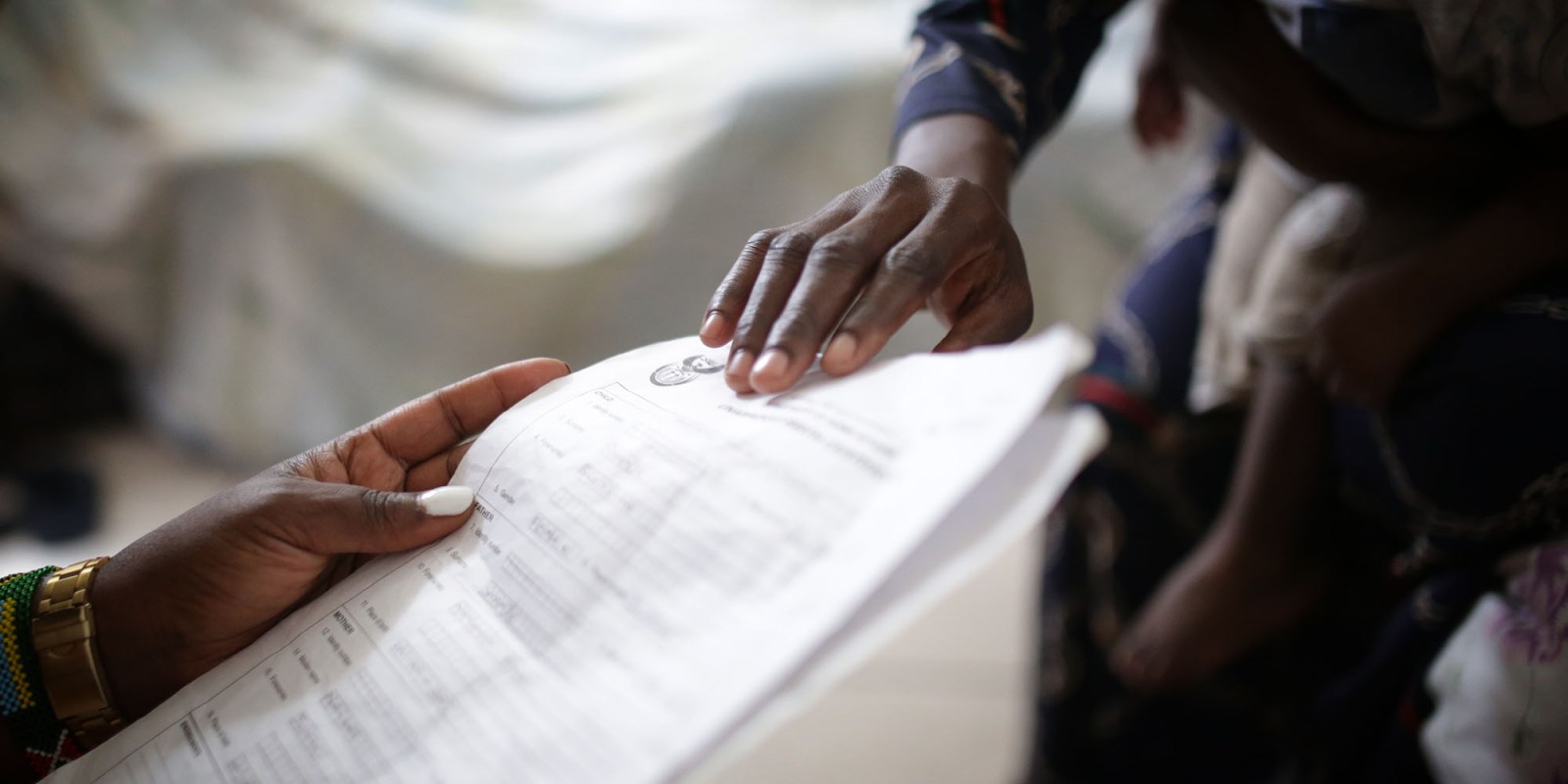 For the past nine months, the Department of Home Affairs has ignored a court order compelling them to issue birth certificates to 24 children who live in towns bordering Lesotho without requiring their parents to pay thousands for DNA tests — because one parent is not South African.

The Department of Home Affairs (DHA) requires that a South African-born child cannot be registered if both parents do not have current identity documentation and if both are not present at the DHA office. They also require that the parents pay thousands of rands for DNA tests before the births of their children are registered. Grandparents who look after children must pay even more to provide the DHA with a positive “kinship DNA” test.

The above rule resulted in a class action case in the Makhanda High Court against the DHA, which was also aimed at helping 200 families who have been left in limbo because of government demands for expensive DNA tests for their children before they can be issued with birth certificates.

Among other things, the court ordered the DHA to pay for travel costs, accommodation and DNA tests, if this is what they require before registering a child. The court also ordered officials to register children where one of the parents was not present.

The court ordered in April 2019 that all 24 children who were mentioned in court papers be registered within 30 days, failing which, the DHA should explain why they are not doing so.

None of this has happened.

“This is an impact matter handled by Legal Aid SA. We obtained the court order in April 2019. We have been informed that there was no compliance with the order. The next step will be to apply for a contempt of order application in the Makhanda High Court. The papers are being drafted to be served soon,” said Nzame Skibi, a senior litigator in Legal Aid-SA’s Impact Litigation Unit.

At the time of the order, the children were not in school because they were undocumented, but in December 2019, the Makhanda High Court made another order, in a different case, compelling the Department of Education to take undocumented children. Despite this, the heartbreak of the undocumented continues in towns on the Lesotho border.

One of the children who could have been registered if the department complied with the court order had to borrow money to get a DNA test just to get a birth certificate so she could write her grade 12 exams. Her results came too late and she could not register.

The affected parents in the first part of the case all live in the Aliwal North and Sterkspruit areas.

The first applicant in the matter, SA citizen Andile Nyangintsimbe, 32, a spaza shop owner said in an affidavit that the mother of his three children was from Lesotho, but was legally in SA. They had two kids, born in 2004 and 2005. Both were registered as South African citizens. Their third child was born in 2011. DHA officials refused to register him and issue him with a birth certificate. He had to enrol his son in a private school because all the government schools refused to take him.

“We tried to register our son after his birth. We were told by officials at the Sterkspruit office of the DHA that we must go to East London to do a DNA test to prove that he is indeed my biological son. We do not have money to travel to East London and to pay for the DNA tests.  I have also gone back to the DHA in Sterkspruit, before it closed down, and was again told that I need DNA test results, but also that my son’s mother must personally attend with me after the results were obtained. She does not live in the Eastern Cape and very seldom visits here. She was at Sterkspruit during October 2018 for the first time since 2015, when our relationship ended. It is uncertain when she would again have enough money to visit Sterkspruit,”  Nyangintsimbe said. “My son knows no other father but me.”

Maserame Makoloane, 38, has four children between the ages of seven and 16, none of whom are registered as their father has disappeared. She said in papers before court that the DHA has told her she must go and find their father, get his DNA and bring him to a DHA office before they will register any of the children. She added that the requirements frequently change depending on who is working on the desk when you go there. As a result of this, none of the children are attending school. She isn’t working, but is also unable to access grants for the children.

DHA spokesperson David Hlabane refused to comment on the issue.

In 2018, The Scalabrini Centre of Cape Town, Lawyers for Human Rights and the Legal Resources Centre launched a campaign to advocate for the plight of stateless children and for an amendment of the regulations on birth registration relating to children born to undocumented parents.

In a statement at the time, they said: “A birth certificate is a vital document. It establishes a child’s identity, nationality and existence in a state. It is required to access services such as education and health. Without a birth certificate, a child does not ‘exist’ in the state’s eyes. This child cannot access school, is at risk of statelessness and is vulnerable to falling under the radar of child protection services. Hundreds of children exist in this shadow-state, due to the restrictive rules around birth registration in South Africa.”

In early July 2018, the High Court of South Africa, Grahamstown Division, declared the birth registration regulations unconstitutional in that they denied birth certificates to children whose parents could not fulfil documentation requirements. At the time, the UN Committee on the Rights of the Child also officially recommended that South Africa change the regulations around birth registration. MC