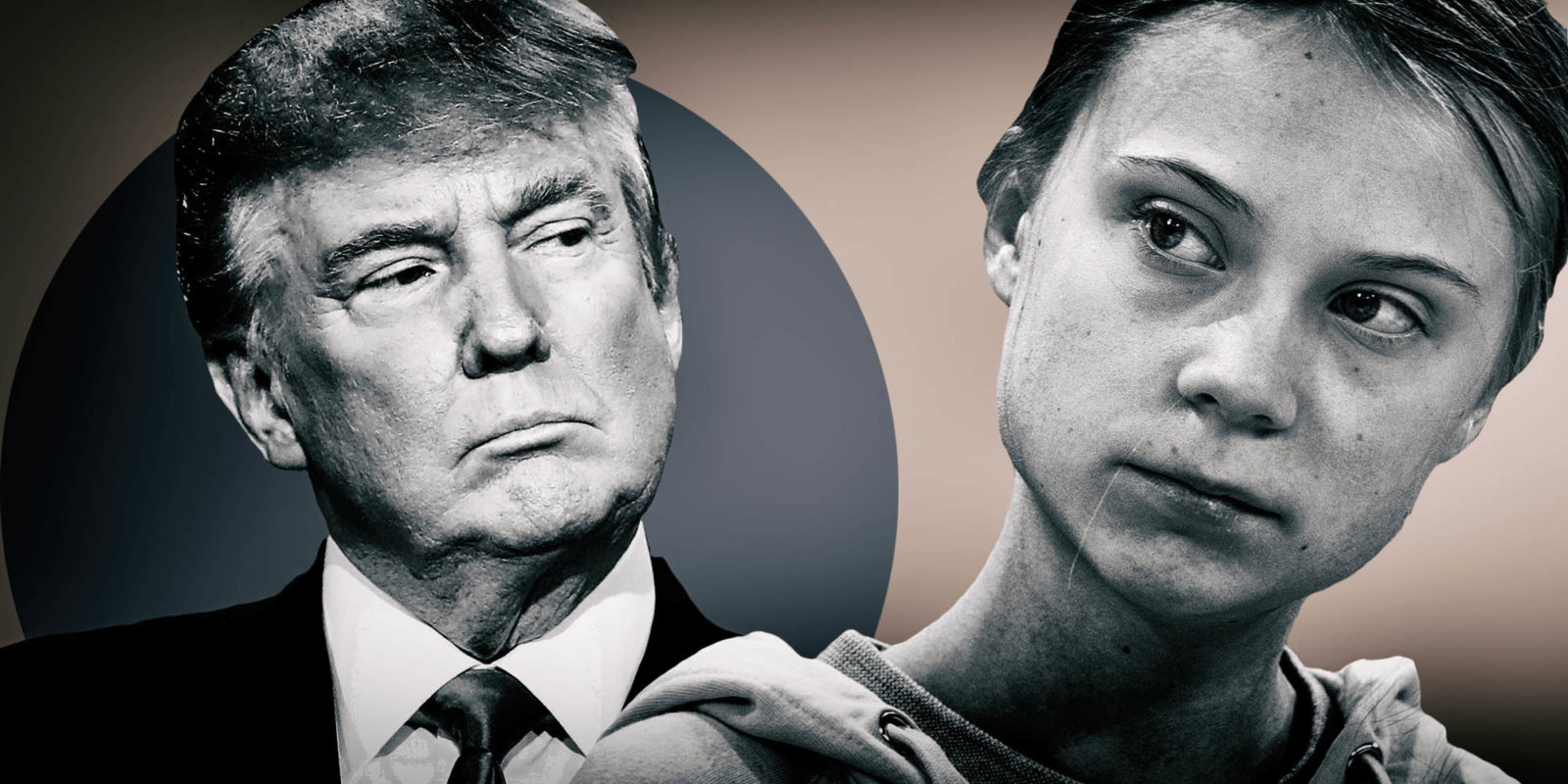 Greta Thunberg is a rare, strange, wonderful icon. But is she the icon the global climate crisis really needs? Or wants?

Day one of the 2020 World Economic Forum (WEF) was the “Greta Thunberg and Donald Trump show” – the Swedish climate crisis activist vs the American climate crisis denier. It’s a truly bizarre match-up, but they are oddly evenly weighted: youth vs age; cold logic vs grand showmanship; an ego-less Asperger’s sufferer vs an extremely ego-driven businessman/politician. But there is one other comparison that is less than flattering – just as Trump is an anomalous politician, it’s possible Thunberg is, in some ways at least, an anomalous climate activist.

It was a classic Thunberg moment. She was on a WEF panel among a group of youth activists. The group consisted of Salvador Gómez-Colón, who raised funds and awareness after Hurricane María devastated his native Puerto Rico in 2017, Natasha Mwansa, a campaigner for women’s and girls’ rights from Zambia, and Autumn Peltier, Chief Water Commissioner for the Anishinabek Nation of indigenous people in Canada.

Various topics were canvassed; the group was chirpy, enthusiastic and positive. Except for Thunberg. She was largely silent, except for a wry, self-aware comment that she didn’t feel she had trouble being heard.

Toward the end of the session, the topic drifted to the media, with Edward Felsenthal, editor in chief of Time magazine (the magazine that declared Thunberg the “person of the year”), asking the panellists how they deal with “the haters”.

Peltier answered the question as best one could. Just ignore them, she said. “We know we are doing something positive …”

Thunberg took a different approach; she just ignored the question entirely, brushing it aside as if it was a triviality. For reasons that will become apparent, this is exactly what she said:

“I would like to say something, which I think is more important than how I deal with haters  (embarrassed giggles and smattering applause from the audience). I will speak later today, but I would just like to remind everyone of our current situation.

“In Chapter Two, page 108, in SR1.5 IPPC report (Special Report on Global Warming of 1.5 °C by the Intergovernmental Panel on Climate Change), that came out in 2018, it says that if we are to have a 67% chance of limiting the global average temperature rise to below 1.5 degrees celsius, we had on January 1st, 2018 about 420 gigatons of CO2 left to emit in that budget. Of course, that number is lower today, as we emit about 43 gigatons every year, including land use, with today’s emissions level, that global budget is done in less than eight years.

“These numbers aren’t anyone’s opinions, or political views, this is the current best available science, though many scientists suggest these numbers are too moderate, these are the ones that have been accepted by the IPCC. And please note these figures are global and do not say anything about the aspect of equity, which is absolutely necessary to make the Paris agreement work on a global scale, and that means that richer countries need to get down to zero emissions much faster and then help poorer countries do the same so that people in less fortunate parts of the world can raise their living standards.

“These numbers also don’t include most feedback loops, nonlinear tipping points, or additional warming hidden by toxic air pollution. Most models assume, however, that future generations will somehow be able to suck hundreds of billions of tons of CO2 out of the air with technologies that do not exist today in the scale required, and perhaps never will.

“The approximate 67% chance is the one with the highest chance given by the IPCC, and now we have 340 gigatons left in that budget to share fairly. And why is it so important to stabilise at 1.5%? Because even at 1% change, people are dying from climate change because that is what united science calls for to avoid destabilising the climate, so we have the best possible chance to avoid setting off an irreversible chain reaction. Every fraction of a degree matters.

“Since last summer, I have been repeating these numbers over and over again in almost every speech, but honestly I don’t think I have once seen any media outlet or person in power communicate this and what it means. I know you don’t want to report about this. I know you don’t want to talk about this. But I can assure you, I would continue to repeat these numbers until you do.”

Several things arise from this extended quote: The scientific basis, the amazing maturity of this 17-year-old and the directness of her language, all of which is admirable.

But the confrontational, slightly discourteous approach is visible too, is perhaps a result of Thunberg’s malady, a mild version of Asperger’s syndrome, which one assumes makes her immune to many default characteristics such as the need to please, ego-centrism and the instinct to not offend.

The Time article that named her “person of the year” pointed out that Asperger’s means she doesn’t process information in the same way “neurotypical” people do.

She can’t compartmentalise the fact that her planet is in peril. “I see the world in black and white, and I don’t like compromising. If I were like everyone else, I would have continued on and not seen this crisis,” the article quotes her saying.

The problem is that the world is not black and white, and solutions require negotiation and compromise. Thunberg is loved by climate activists, her achievements are remarkable and her commitment is exemplary.

But you wonder slightly if that will always be the case. BM