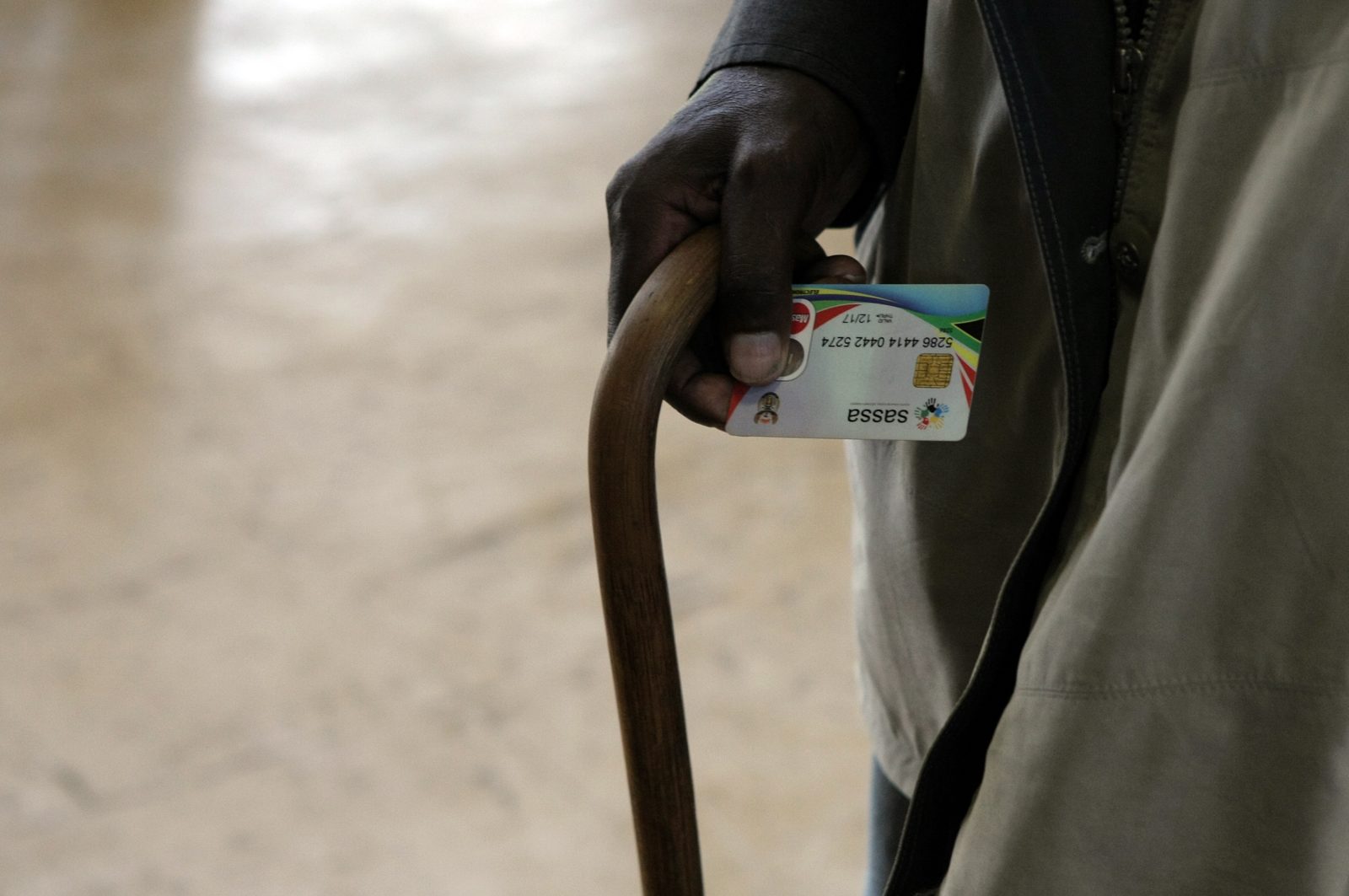 The population of retirees globally is expected to grow from 1.5 billion to 2.1 billion from 2017 to 2050, while the number of workers for each retiree is expected to halve from eight to four over the same timeframe. (Photo by Gallo Images / Sowetan / Sandile Ndlovu)

State-owned pension funds have been rocked by scandals over the past few years. Transnet corruptly appointed the Gupta-linked Regiments Capital as fund manager; Eskom overpaid Brian Molefe millions in employee benefits; and the Public Investment Corporation bankrolled unsavoury politically charged deals, to name a few. But it is not unsavoury acts that pose the biggest risk to the country’s largest financial asset. It is the act of legislation, which may prove the biggest liability of them all.

According to an analysis by the World Economic Forum (WEF), the combined retirement savings gap of the world’s eight largest economies is growing by $28-billion every 24 hours. If nothing is done to slow the growth rate, it estimates the deficit will reach $400-trillion by 2050, or about five times the size of the global economy today.

It has to do with a growing ageing population that is living longer and the younger millennial folk that are skimpy on the savings front. This problem is amplified by fertility rates.

The population of retirees globally is expected to grow from 1.5 billion to 2.1 billion from 2017 to 2050, while the number of workers for each retiree is expected to halve from eight to four over the same timeframe.

The WEF has made it clear that the situation is not trivial, likening the scenario to “financial climate change”.

South Africa faces an even greater looming storm. With the close to R4-trillion in local pension fund assets in government hands, most underwritten by the state and a quarter of its members already on a pay-out plan, the country’s 29% (mostly youth) unemployment rate and a national savings rate close to zero, the prospects for our social security programme look dire.

But even though, like climate change, some of the early signs of the South African retirement savings gap can be “sandbagged” for the time being – if not handled properly in the longer term, the adverse effects could be overwhelming for the state and the social security system.

While South African policymakers have been focusing on implementing various system reforms to the Pension Funds Act like the default regulations that went live last year, introducing union members to the boards of trustees as well as other protective mechanisms for members, it has failed to address the broader structural shortcomings of this fiscal framework, especially for the funds they run themselves, which are not subject to the Pension Funds Act, but the Public Finance Management Act.

South Africa was one of the first countries in the world to come up with legislation that governs private-sector retirement funds. Initially, all retirement funds that were set up were based on a defined benefit (DB) funding basis.

That is where retirees benefits are determined by a formula that takes into account your years of services and salary as at the date of retirement.  It gives a member a fixed guaranteed benefit.

But the landscape has changed a lot since then. Only a handful of private DB funds still exist (with the exception of state-owned enterprises) in SA and the closing of defined benefit pension arrangements has become a global phenomenon.

According to new research from PwC, employers are grappling with the best way to replace it.

PwC surveyed 114 Fortune 500 global multinationals (of which many operate in SA), which together employ 4.7-million people and have combined pension liabilities of $950-billion, and found that only 6% wish to perpetuate DB arrangements, where the employer underwrites the costs and risks of providing workers with guaranteed pension incomes.

Nine in 10 are actively deploying defined contribution (DC) as their predominant workplace retirement provision, with the commensurate transfer in cost and risk from employer to employees.

The size and volatility of these deficits are concerning shareholders, and creditors and is making multinationals more determined than ever to make difficult decisions and reduce the negative impact on their organisation.

“While the death of DB retirement arrangements is not a new phenomenon in the English-speaking world, it is striking how pervasive this has become globally, even in those countries with the most complex, and restrictive regulatory and labour environments. Multinationals are resoundingly rejecting the open-ended financial risks of defined benefits.

“As to the future of workplace retirement provision, many employers are still grappling with what to do.  There is wide recognition that employers need to innovate to meet the needs of the new world at work.”

PwC’s survey found that the majority of multinationals (83%) are closing their DB plans to new employees with 71% also intending to freeze DB accruals for their existing employees.

This shift towards DC is prompted by the continuing financial strain and volatile impact on companies of supporting DB pension and healthcare obligations.

Almost 80% of respondents said they have global retirement liabilities that exceed a third of their group’s market capitalisation. A significant percentage (88%) of companies are concerned about the risks their global DB obligations pose to their balance sheet, with 83% worried about costs, 76% about impacts on cash flows and 58% about the impact to credit rating.

To address the remaining big legacy DB liabilities, half of the employers intend exploring options to offer current and former employees cash or other terms to give up legacy liabilities and 45% are actively looking to transfer liabilities to insurance companies, a big opportunity and challenge for the financial services industry.

The new normal is defined contribution funds, in the private sector at least.

The Government Employees Pension Fund (GEPF) and other state-owned funds like Eskom and Transnet remain stuck in their ways, mainly because the unions have dug in their heels and industry experts say it is a disaster waiting to happen.

Rosemary Hunter, a pension fund lawyer and partner at Fasken Attorneys, says what needs to be measured is the extent of risk to state-owned funds – and thus to national and provincial components of the State – associated with market downturns, credit rating downgrades, credit defaults, dodgy investments, ghost members, fraudulent claims etc.

“Basically everything that might have a material impact on the relative values of the these funds’ assets and liabilities, and thus the rates at which these government components must contribute to these funds to keep it financially sound,” she says.

This applies to the GEPF and all other public entities and SOEs that contribute to DB funds with some form of underwriting obligation on the part of their participating employers like Eskom, Transnet and the municipalities.

She says the problem is that civil servants are enjoying both regular salaries and the guarantee that, if markets are down when they retire, the government’s first spending obligation will be to ensure that their pension fund has enough money to pay them out.

“The system is not intended to provide social welfare for those who have not earned enough to save,” says Hunter.

She says that most private-sector employees, on the other hand, belong to defined contribution funds. This means that fixed percentages of their pensionable wage or salary are paid into funds each month by both the employees and their employers. The combined amounts are invested and used to provide retirement, death and disability benefits.

“There is no reason why public and private sector employees should not be treated in the same way. Both should be required to save through a national savings fund. If they can afford it, they can save additional funds through other well-regulated retirement funds that protect those savings against changes in funding priorities by future governments.”

If they are, public sector employees would be first in line for social welfare, with government-guaranteed pension top-ups when markets fall and limited resources would be diverted from society’s most vulnerable.

Economist Mike Schussler agrees and says retirement funds are the country’s largest financial asset – making up 40% of the country’s GDP, and represents true economic empowerment for members and beneficiaries.

Through sound investment policies and strategies, those funds can drive economic growth for the benefit of fund members and the country as a whole. But the state should not be required to underwrite retirement savings for the public sector.

Their members should bear the investment risk, take responsibility for their savings and hold administrators accountable.

The government should only be responsible for social welfare such as old age grants.

He says, if there is a political will, otherwise if nothing is done SA will soon be facing a retirement crisis of unimaginable proportion.

We may churn out as much legislation and regulation as we can, but for as long as those regulations are not addressing the lack of oversight and the legislative bias towards state pension funds, the government – and by extension, the taxpayer – will eventually pay the price for other people’s devices. BM