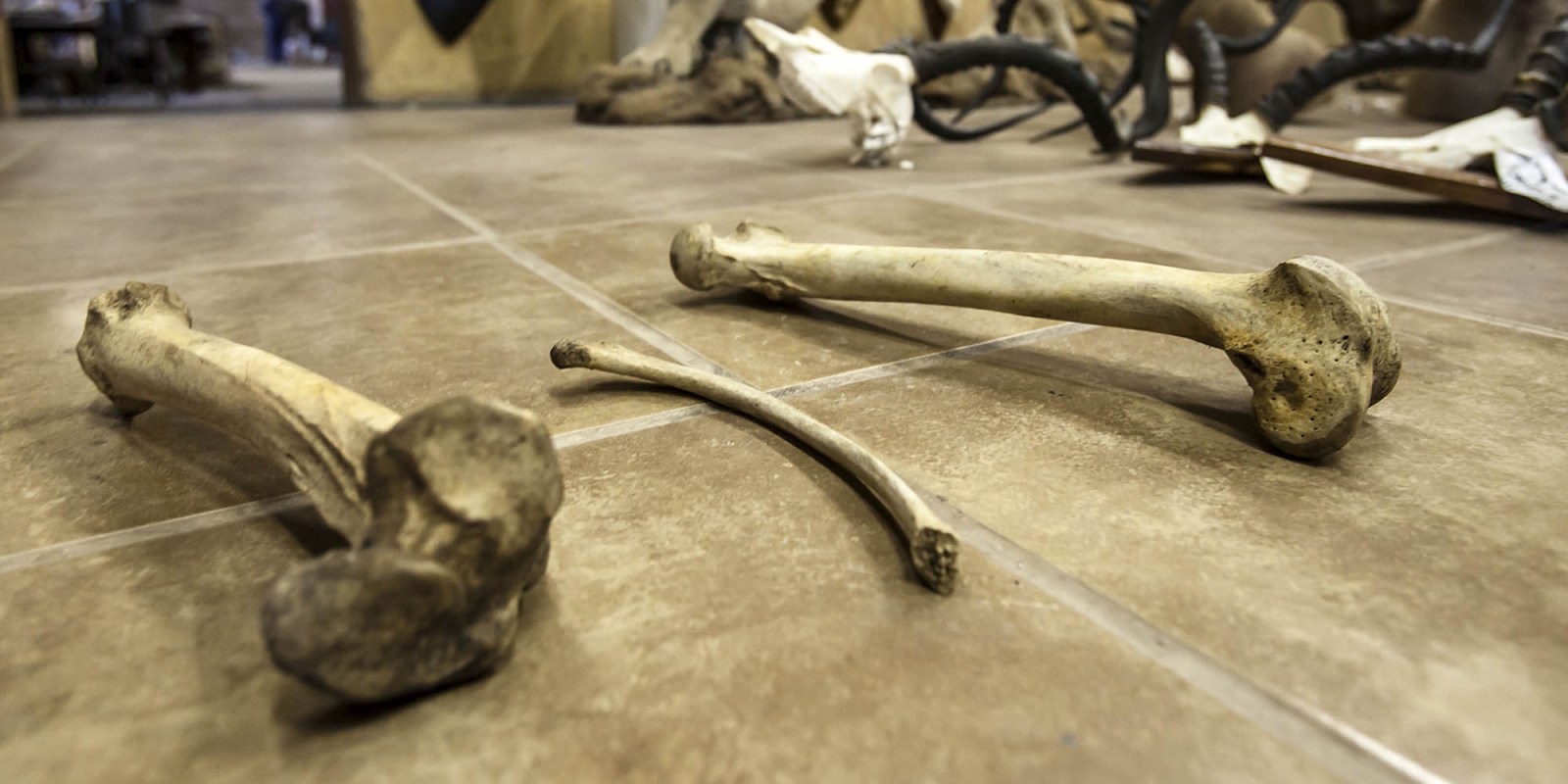 There is damning and public evidence that the people running the supposedly legal production and export of lion bones in South Africa have links to transnational crime syndicates that are involved not only in smuggling rhino horn, elephant ivory and pangolin scales, but also deal in drugs, prostitution and more, says the writer. (Photo: Gallo Images / The Times / Daniel Born)

Through what appear to be wilfully ignorant policies, South Africa is facilitating the illegal trade in lion bones, not only enabling the activities of notorious international crime syndicates, but also threatening the survival of tigers and lions in the wild.

Few South Africans would have taken note of a short statement released by the Hawks in November 2019, which details the arrest of two individuals with very similar names.

Yun Li had been on the run from authorities for years, having been set free on bail after being caught in possession of rhino horn in 2015. His associate, Yin Li, was arrested for his connection to some 600kg of lion bones worth R2.25-million seized at OR Tambo International Airport in recent months.

These arrests offer a small glimpse into the sleazy workings of a growing South African industry most people have never even heard of, revealing its extreme, greed-driven profitability and its deep entanglement with global criminal networks involved in the bloody slaughter of Africa’s rhinos, elephants and other wild animal species.

There is damning and public evidence that the people running the supposedly legal production and export of lion bones in South Africa have links to transnational crime syndicates that are involved not only in smuggling rhino horn, elephant ivory and pangolin scales, but also deal in drugs, prostitution and more.

Many of these connections are detailed in an investigative report published in 2018 by two South African not-for-profit organisations, the EMS Foundation and Ban Animal Trading (BAT). In continuing to provide support for local lion breeders and bone traders, South African authorities appear to have ignored the evidence contained in this document.

Perhaps the best illustration of the intimate association between the lion bone trade and criminality involves Vixay Keosavang of Laos, a man who has been described as the “Pablo Escobar of wildlife trafficking”. He is believed to be the head of the Xaysavang Network, an international wildlife trafficking syndicate with extensive roots in Africa and Southeast Asia.

Since 2013, the United States has been offering a reward of $1-million for information that will lead to the dismantling of this network.

Research indicates that the Xaysavang Network has been purchasing legal, CITES-permitted lion bones from South Africa since 2008.

In 2011, Chumlong Lemtongthai, a Thai national and a director of the Xaysavang Network, was arrested, tried and eventually convicted in the South Gauteng High Court for trafficking rhino horn. Investigators revealed that in his dealings with his co-accused Marnus Steyl, a Free State lion farmer, Chumlong not only “ordered” 50 rhinos, but also 300 sets of lion bones and that he personally “supervised the boiling of their corpses to separate the bones from the flesh”.

The authors of the EMS Foundation/BAT report point out that the addresses of lion bone importers in Laos, Vietnam and Thailand — the three main destination countries — listed on official export permits are almost always inaccurate and insufficiently verified by South African authorities. They demonstrate that even after the Xaysavang Network’s role in illegal wildlife trafficking was known, export permits for lion bones were issued to Xaysavang Trading Export-Import, a company owned by Vixay Keosavang.

These are just a few of the revelations presented in the report. Others include similarly intimate relationships with wildlife criminals in Thailand and Vietnam, and suggestions that the industry is exploiting weaknesses in permitting and export procedures to under-declare the quantity of bones exported and that shipments may include laundered bones of other species, including tigers and ligers.

Asked to think of lions, many of us will recall a memorable experience of coming across a lazy pride waiting out the heat of the day under a cluster of shady trees in one of the country’s national parks.

Sadly, that idyllic scenario is no longer a reality for the majority of South African lions. They are much more likely to spend their entire life caged on a farm, raised exclusively to be killed for profit.

There are about 3,000 wild lions in South African nature reserves and national parks. In contrast, some 300 breeding facilities located mostly in the North West, Free State and Limpopo are estimated to host anywhere between 6,000 and 14,000 captive lions.

Having had its origins in the 1990s, the commercial lion breeding industry was started to supply docile targets for the bullets, arrows and crossbow darts of wealthy international trophy hunters.

Tiger bones are used in traditional Chinese medicine and the animal’s teeth, claws and skulls are worn and displayed as status symbols in countries such as China and Vietnam.

With tigers receiving much-needed legal protection to save them from extinction, their bones have become difficult to procure and lion bones from Africa have increasingly been used as substitutes to supply this vast market.

Government has been fostering the growth of the captive lion breeding industry and the lion bone trade by enacting supportive policies and regulations, and by being extremely lenient when monitoring its operations, including conditions on breeding farms and in lion slaughterhouses.

Officially sanctioned by the Convention on International Trade in Endangered Species of Wild Fauna and Flora (CITES), then Minister of Environmental Affairs, Edna Molewa, established an annual export quota of 800 lion skeletons in 2017 and promptly increased it to 1,500 the following year (subsequently decreased to 800).

In August 2018 the High Court ruled that the setting of the 2017 and 2018 quotas was “illegal and unconstitutional” and that the government was obliged to consider animal welfare in all its wildlife-related decisions.

The industry is a poster child for government’s doctrine of “sustainable use” under which wild animals are considered to be “faunal biological resources” which should be exploited commercially to justify and fund their very existence and survival.

Contrary to the scientific consensus that there is no conservation value in raising lions in captivity, government and its supporters claim that legalising the trade in lion bones will protect wild lions and tigers from poaching by satisfying demand on Southeast Asian markets. This is despite growing evidence that the opposite is the case: selling lion bones legally stimulates demand, encourages poachers and threatens the survival of tigers and lions.

If the recent arrests of Yun Li and Yin Li had revealed the first, tentative suggestions that the trade in lion bones may be connected to illegal wildlife trafficking, we might be inclined to give the South African government the benefit of the doubt with regard to its promotion of the captive lion industry and lion bone trade.

Given the fact, however, that there is long-standing, detailed and documented hard evidence that this business is intricately associated with international criminal networks, it is of grave concern that the breeding and slaughter of lions appears to be facilitated for the sole purpose of making profits for a small group of people at the expense of the country’s reputation with commensurate risk to the greater wildlife economy. DM