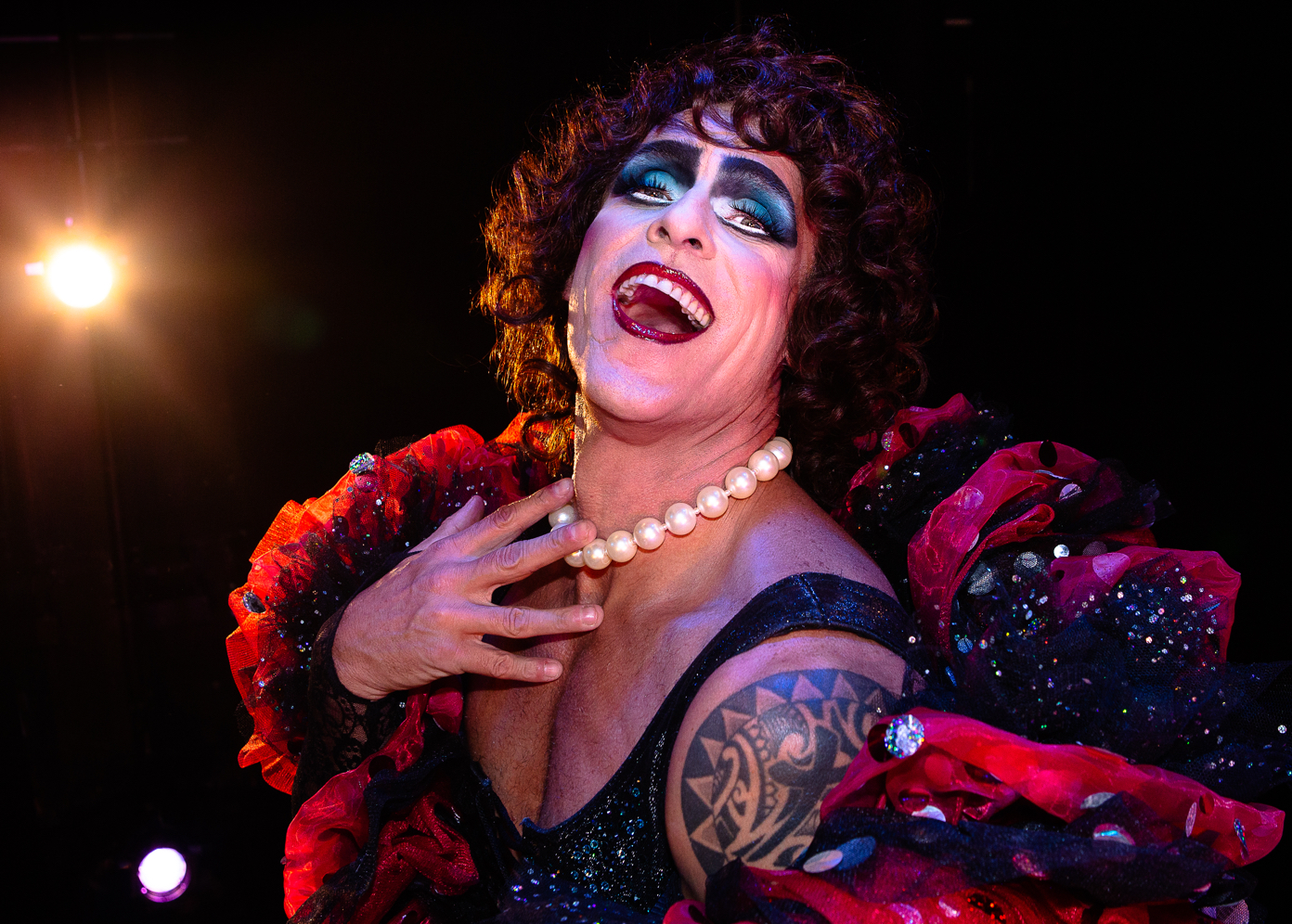 The world’s most salacious rock ’n roll musical has been titivating audiences across the globe and in multiple languages for 47 years. The momentum hasn’t faltered.

Going to see The Rocky Horror Show is never just about spending an evening at the theatre.

It’s about becoming part of its over-the-top spectacle, experiencing the dressing up, the shouting back, the silliness and the camaraderie. Even if you’re a naïve newcomer, you’ll leave a convert, much as its college kids Brad and Janet stumble innocently into the castle of Frank N Furter and find themselves changed forever.

The new version playing at Montecasino’s Teatro transcends all expectations too. The cast is electrified with a vigour and energy that takes the familiar show to greater heights, led by Craig Urbani as Frank N Furter and Kate Normington as the Narrator. Their solid experience is imbued by a fresh sense of wonder as they grab their roles and add the zing and pizazz to make them fly. Urbani is fabulous as Frank, giving the strutting, simpering transsexual doctor a beefy butchness. There’s nothing camp about him, he’s pure decadent domination and it works superbly.

Normington is in full command too as the narrator, elegant in skinny trousers, quiffed hair and a plummy accent, and fast as a viper with her witty retorts to the traditional audience heckles.

The show is elevated by a wonderful set, with Bryan Schimmel and his live band on a balcony, semi-shielded by the image of a film reel to remind us that this is a spoof of the old sci-fi movies.

The sets begin with a dainty church and a childishly cute car, befitting of bashful Brad (Anthony Downing) and his fiancée Janet (Didintle Khunou) as they begin their journey into the unknown. Both actors have powerful voices and are expertly cast, with Khunou giving Janet a cheeky undertone of sauciness as her character develops.

Next, we’re in the castle, where the set by Hugh Durrant, lighting by Nick Richings and playfully lewd choreography by Nathan M Wright all combine to create a flawless package. Who can resist when Frank invites us up to the lab where he’s creating Rocky, the ideal lover to satisfy his swinging sexual desires in a show that celebrates gender fluidity and sexual fantasies.

Then there’s the gorgeous blond and bronzed Rocky himself, with actor Jarryd Nurden performing cartwheels and exuberant backflips as he brings his body to life. Around them the cast is uniformly strong, all with great voices and hot moves doing justice to their sexy outfits.

I’ve seen the show countless times since I was a teenager in England, but this time I noticed things I’d overlooked before, or that had less prominence in previous productions. Here the phantoms dancing around as a human backdrop are more visible, dressed like Michael Jackson Thriller-type ghouls and zombies. The role of Eddie the brain-donating biker seems to play a less prominent role, however, as if the script around him has been truncated. If I didn’t know the story, I’d be wondering quite how he fits in.

There’s a lot of emphasis on the singing, more than the script, with the best-known numbers of Sweet Transvestite and The Time-Warp really raising the shrieks and whoops.

The show – well, let’s be honest and call it a phenomenon – was created by Richard O’Brien, an out-of-work actor, singer and sci-fi fan who loved the buffoonery of ham-it-up horror movies. It first thrust itself on a startled audience of just 63 people in the tiny upstairs stage at London’s Royal Court Theatre.

Since then, the world’s most salacious rock ’n roll musical has been titivating audiences for 47 years, playing in more than 30 countries and translated into 20 languages.

Four decades later the momentum hasn’t faltered. I went to this latest version expecting to be entertained, as ever, but I wasn’t expecting the depth of fresh energy and characterisation that lifts it by another notch.

It’s bold, brash, sexy and saucy, and Urbani’s Frank N Furter will be embalmed in memories as the highlight. DM

The Rocky Horror Show runs at Montecasino’s Teatro until 1 March. Tickets from Computicket.