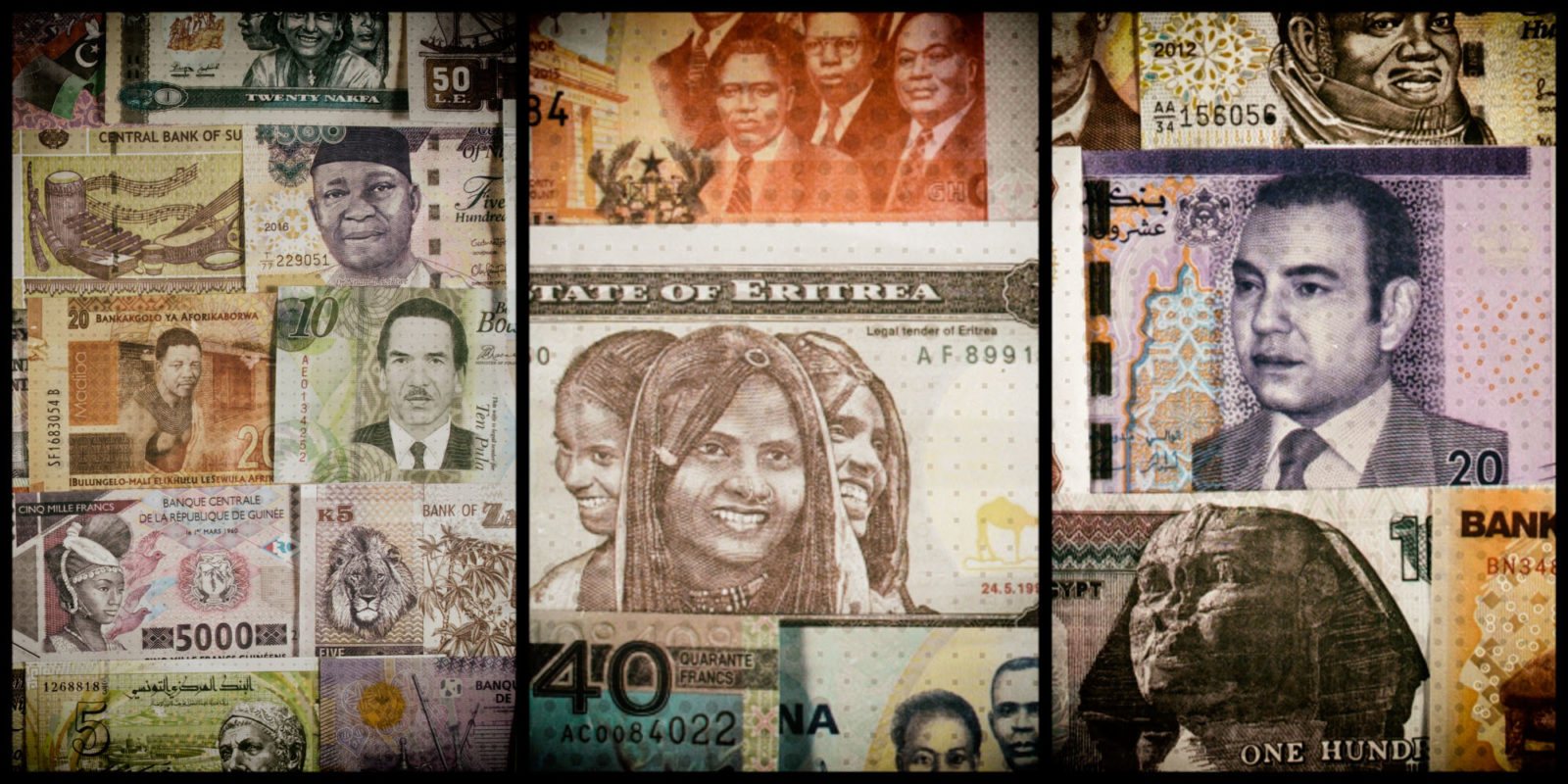 The IMF estimates that Africa needs to create nearly 20 million high-value jobs each year just to keep up with the number of young people coming into the job market, let alone deal with the backlog. (Photo: Adobestock)

Africa is on the cusp of seismic demographic change; not just numbers, but also in distribution, as the world’s fastest urbanising region. To develop Africa’s economies at a rate quick enough to keep pace with its rapidly expanding population, projected to double by 2050, the continent requires large injections of foreign and local direct investment. What policies and leadership choices might ensure a positive cycle of growth, investment, job creation and state capacity?

At present rates, in just 30 years, Nigeria’s population will increase to more than 400 million, while Tanzania’s, currently 53 million, will grow to the same size as that of Russia at 137 million. Kenya’s will more than double to 95 million, while Uganda will balloon from 43 million to 106 million, according to the United Nations.

This is, to put things into perspective, the same amount of time as since the fall of the Berlin Wall. More than half the population of sub-Saharan Africa is today under 25, half of whom are unemployed, accounting for 60% of all the continent’s jobless. This presents a politically explosive scenario.

Finding a way out of this situation will not be easy. The IMF, for example, estimates that Africa needs to create nearly 20 million high-value jobs each year just to keep up with the number of young people coming into the African job market, let alone deal with the backlog. Investment is needed for jobs, and jobs are needed for growth and political stability.

Much of this money flows between companies or their suppliers. Despite increased continental trade openness overall, the level of integration in global value chains in Africa is one-third lower than other developing regions. Changing this requires diversification of investment types away from traditional concentration in extractive sectors to more light manufacturing and services which can create opportunities for value addition.

The lack of investment reflects the absence of suitable conditions to encourage investment — a premium or risk, a premium to the costs and ease of doing business, and a lack of consequent investor opportunities. African countries consistently feature in the bottom quartile of the World Bank’s Doing Business indicators. On average, sub-Saharan African countries score 51.8 out of 100, well below the developed economy average of 78.4 and the global average of 63.

Poor governance, conflict, parlous economic growth and climate change suggest that these conditions might, in some instances, get worse before they get better. For example, the average sub-Saharan Africa score in the UNDP’s 2018 Human Development Index is 0.54; in East Asia and the Pacific it is 0.74, where the higher the number, the better the conditions of human development (measured in terms of life expectancy, education and per capita income). This situation is exacerbated by the boom and bust nature of many African economies, where colonial economic and governance structures remain intact, with only the elites rotating, with consequently long-term structural challenges.

What might be some solutions? As East Asia’s rapid development reminds, improving welfare is reliant on establishing a positive cycle of growth and improving competitiveness, where a thriving economy and better governance ensures greater revenue for governments to provide the services that their populations demand.

How might African states achieve the set of capabilities necessary to take advantage of the financing and employment opportunities inherent in global value chains?

First, governments must make a concerted effort to build high-performing and meritocratic institutions that focus on reducing the cost of doing business. Better contract enforcement, unambiguous policies, a culture of efficiency and anti-corruption, and access to finance are important for reducing the transaction and friction costs associated with investing on the continent.

Ethiopia offers some lessons in this regard. Firms have chosen to set up there for obvious reasons: a package of incentives (including duty-free imports of capital equipment and tax exemptions of up to seven years) combined with cheap electricity, cheap rentals, duty-free access to the US market through the African Growth and Opportunity Act (especially important for the apparel sector), one-stop-shop services in each facility, including customs and permits, and plentiful labour at cheap rates.

Second, the answer to deepening Africa’s participation in global value chains lies partly in the hardware and software of regional integration. In 2017, intra-regional trade accounted for just 17% of Africa’s exports compared with 59% and 69% in Asia and Europe respectively. This is partly a function of tariffs, but mainly a function of the costs of doing business across borders. The World Bank estimated that intra-African trade costs are 50% higher than in East Asia, for instance, the highest of intra-regional costs in any developing region. To take a practical example, it is more expensive to move a container the 500km from Durban to Maseru in Lesotho than it is from Mumbai to Durban; or three times more expensive to move a tonne of fertiliser from India to Beira than the 1,000km from Beira to Lusaka in Zambia.

Dealing with such costs and chokepoints should be a priority. With an estimated market size of more than 1.2 billion people and combined GDP of more than $3.4 trillion, African countries can benefit from synergies in cross-border trade and collaboration, especially under the African Continental Free Trade Area (AfCFTA), which is projected to increase the value of intra-African exports by between 15% ($50-billion) and 25% ($70-billion) through the removal of tariffs on goods alone.

The welcome commitment to the AfCFTA will be largely rhetorical absent a reduction in such frictions.

Third, key countries — and certain cities — can act as gateways for trade, such as Mombasa into the 160 million east African market, Abidjan for west Africa, and Durban for southern Africa. Realising and capitalising on this promise again demands matching policy with infrastructure. As neighbouring markets grow interdependent, their requirements are likely to improve export sophistication and develop regional industrial clusters. This requires linking cities across a broad spectrum of basic infrastructure such as road, flight and rail, and translating commitments — including that on open skies — into actions. The role of African commercial players — such as Ethiopian Airlines — is likely to be critical in this regard.

Fourth, finding the right infrastructure mix can enable countries to move quickly up the value chain and efficiently access markets. This means turning away from vanity projects and investing only in the most necessary infrastructure, notably reliable power supply, as a matter of urgency. One-third of the continent’s total installed capacity is in South Africa; even so, its severe power outages are well known. Mini-grid technology and renewables can plug some of the energy gap, though this will require, at its heart, governments being willing to decentralise such agency. The logic that everyone had to rise collectively or not at all is antithetical to spurring competitiveness, in infrastructure as in education.

Last, devising a financing model, whether public or private or both, remains a challenge across much of Africa, in part because of government greed and corruption, poor incentives and policy unpredictability. Greater transparency with regard to financing deals will help — perhaps a job for blockchain — as will higher international standards for both donors and funders. The fact that the value of (opaque) Chinese loans to Africa has increased from less than $1-billion to more than $30-billion in value between 2000 and 2016, illustrates this need, as does their consequences for governance, as in the corrosion of governance in Edgar Lungu’s Zambia, for example.

African governments are quickly running out of options to provide jobs and decent living conditions to their growing populations. Weak contract enforcement, customs inefficiencies, property rights and poor access to finance together constrain African participation in global value chains where much of future investment will be sourced.

This requires achieving a positive knock-on effect of growth, investment, growing tax revenue and public reinvestment, reducing inequality, rising skills and competitiveness, and jobs. This all hinges, in a positive cycle, on labour participation. Since most African governments know what to do to achieve this cycle, at its core, this requires dollops of political will in making better choices and then making them stick. DM

The authors are with the Brenthurst Foundation, which is shortly releasing The Asian Aspiration: Why and How Africa Should Emulate Asia.