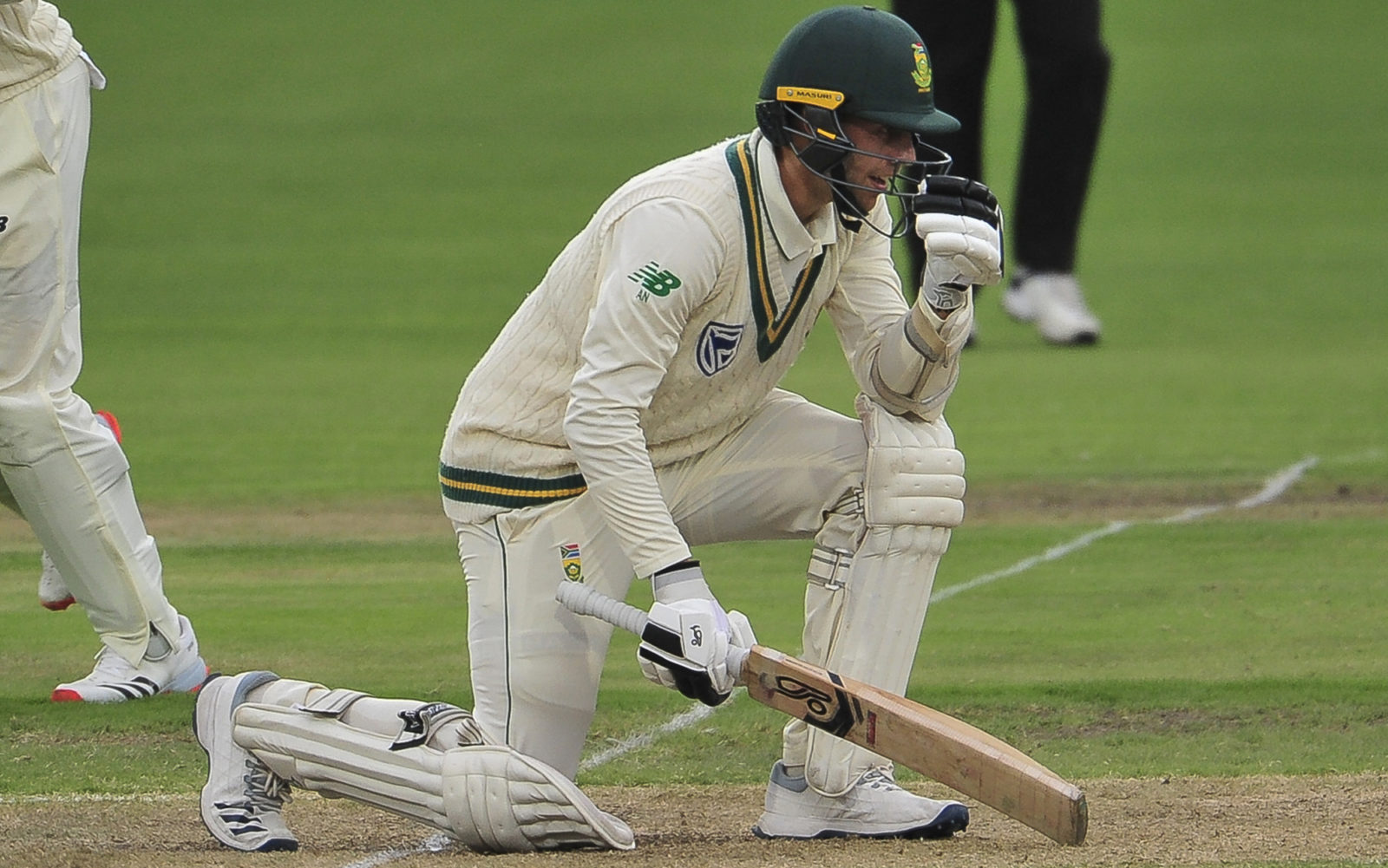 Inclement weather and some stubborn resistance from an unlikely source kept the Proteas chances of salvaging a draw in the third Test against England alive.

Anrich Nortje showed courage, technique and a massive dose of defiance to keep England’s bowlers at bay while more illustrious Proteas’ batsmen gave away their wickets on another difficult day for the home team.

The fiery fast bowler who came in as nightwatchman late on day two, Nortje occupied the crease for three hours and 11 minutes, scoring only 18 runs has frustrated the England bowling on a rain-interrupted day three.

Paceman Mark Wood peppered him from around the wicket, but the tenacious Nortje played some searing deliveries directed at throat height with great composure and courage.

It was only when Ben Stokes, the talismanic England all-rounder was introduced to the bowling attack in the 61st over of the innings, that Nortje finally cracked. In Stokes’s second over, Nortje’s concentration slipped as he sparred at an angled delivery that he could have left, edging to slip where England captain Joe Root took a good catch.

Nortje was livid, taking several seconds to compose himself before trudging off. His disgusted reaction to being dismissed after over three hours at the crease, which included a 45-run partnership with Quinton de Kock, said much about his stomach for the fight and his attitude. He scrapped and clawed for everything and showed the type of mentality that could still see the Proteas salvage something from the match with the four-Test series locked at 1-1.

With two days remaining and still 291 runs behind on 208 for six, South Africa will look to De Kock and Vernon Philander to steer them beyond the follow-on target. They are 92 runs shy of that goal and the pair will resume their 54-run sixth-wicket partnership on day four.

De Kock was brilliant on his way to an unbeaten 63 but he had luck on his side too. Stokes proved he is human after some superhuman contributions in this series by dropping the left-hander three times at slip.

They were all sharp chances off-spinners Joe Root and Joe Denly, but given the standards Stokes has set over the past few years, he will be massively disappointed with himself.

Stokes dropped De Kock off Root’s bowling when the batsman had 30 and 56, and he did the same off Denly in the penultimate over of the day with De Kock on 63.

De Kock, despite that good fortune, played magnificently with a mixture of classy strokeplay and obstinate defence. Some of the on drives he played off Wood, who was bowling around the 150km/h mark, were sumptuous.

De Kock’s high backlift and beautiful straight blade are Lara-esque at times. His only weakness remains his temperament because he has all the shots and talent, but sometimes his mind lets him down as those scratchy cut shots showed. Being dropped once with a late cut can be excused, but to do it twice more was madness. De Kock needs to cash in on his good fortune on day four.

Resuming on 60 for two after England posted a mammoth 499 for nine declared in their first innings, the Proteas were immediately in trouble, losing the wickets of Dean Elgar and beleaguered captain Faf du Plessis in the first five overs of the day.

Both were caught at bat/pad off Bess, who claimed his maiden five-wicket haul in a Test on the day. Bess took both the wickets on the day and added Elgar (35) and Du Plessis’ (8) scalps inside the first half-hour on day three.

South Africa’s most senior batting pair were unable to deal with turning deliveries on to their pads, edging the ball on to their bodies before Ollie Pope took two sharp catches.

Bess then watched Rassie van der Dussen chop a wide ball on to his stumps to complete the five-wicket haul as the Proteas’ innings threatened to collapse at 109 for five.

But rain halted England’s momentum as 26 overs were lost to the elements before play resumed. And when it did, Nortje applied himself and offered De Kock valuable support and then Philander continued that trend.

The contest remains alive, which is all South Africa can ask for after three days of England superiority. DM