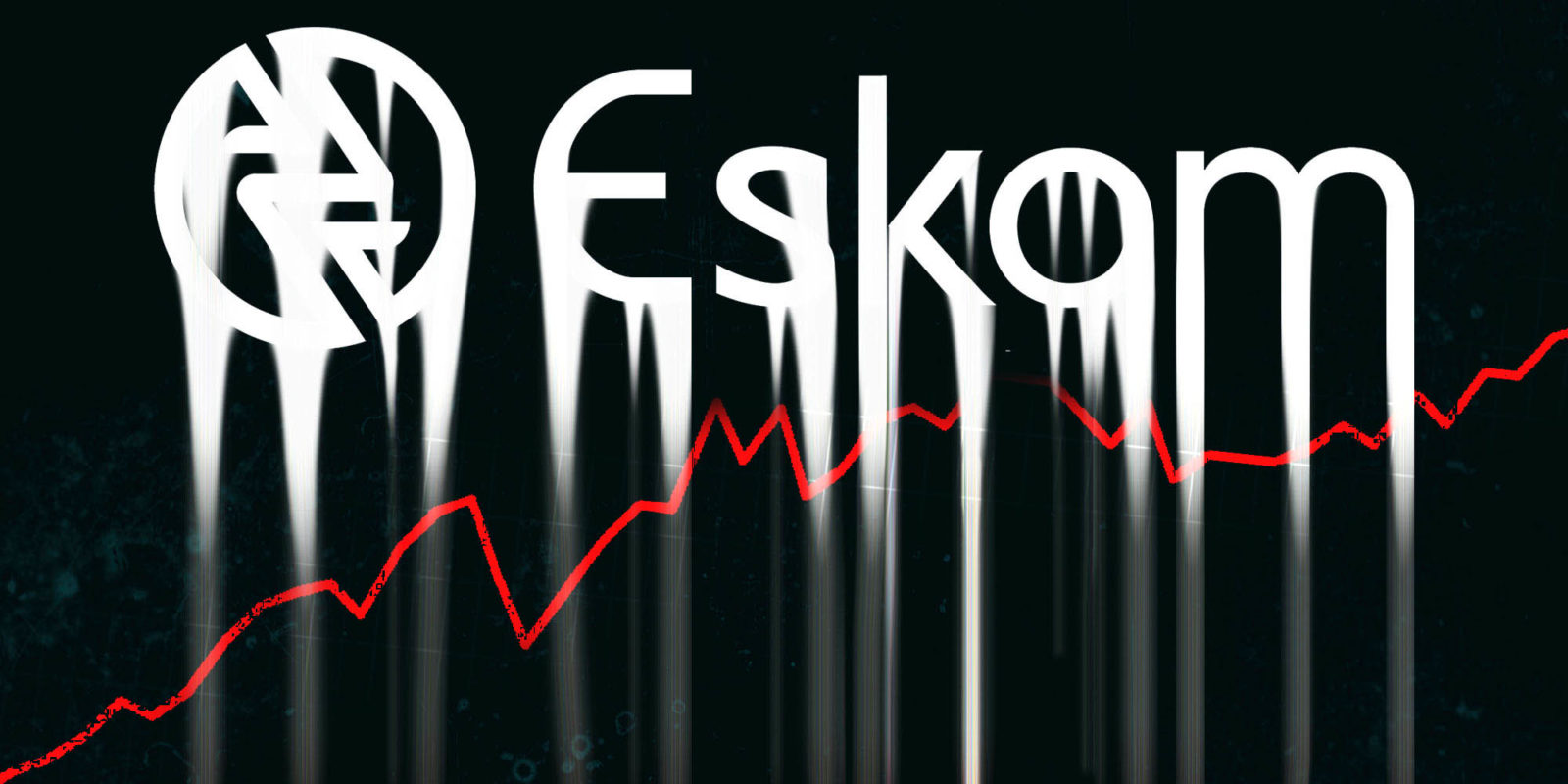 In the first volley of a three-stage war with the regulator, Eskom has revealed in court that it expects consumers to cough up for ballooning debt, the emergency diesel bill and cost overruns on Medupi and Kusile power stations. Since 2007, electricity tariffs have shot up by 450%.

If Eskom’s urgent application in the Gauteng High Court which began on 15 January 2020 succeeds, it could see your electricity prices increase by 53% over the next three years, according to calculations by the National Electricity Regulator of South Africa, Nersa.

Eskom sought an order from the court permitting it to impose a tariff increase of 16.6% from April 2020 and 16.72% from April 2021. The difference between the two is because Nersa calculates a total over three years — its multi-year price determination.

The monopoly power provider wants more. In addition, Eskom will bring two further applications in February 2020 against the lower electricity tariff increases granted by Nersa, and it has also applied for consumers to stump up R27-billion in additional costs. Hearings for these clawback costs start on 20 January.

Whichever calculation you use, consumers will be sitting with bills that could escalate by more than 20% a year over the medium- to long-term. Municipalities add a surcharge on tariffs, as do agencies which sell prepaid electricity.

On Wednesday 15 January, Eskom asked the court for urgent interim relief to stave off “financial disaster… (because of) Eskom’s liquidity problem and the risk of catastrophic harm to Eskom and the national economy arising from Nersa’s decision”.

When the government gave Eskom a R23-billion-a-year bailout for the next three years, Nersa deducted this amount from Eskom’s allowable revenue to lower the tariff paid by consumers. It granted Eskom a 9.41% electricity tariff increase in 2020, 8.1% in 2021 and 5.22% the following year — decisions that are now being appealed against in court.

“Nersa’s decision to fix the Eskom tariff on the basis of its misappropriation of the annual R23-billion equity injection is manifestly unlawful and irregular,” said Eskom CFO Caleb Cassim in an affidavit before the court.

He added: “This decision violates basic principles of accounting by effectively treating an equity injection as revenue… It also manifests an approach that is calculated to kill investment in the electricity sector. No right-thinking owner (be it government or a private owner) will ever invest in an existing electricity licensee, if the result of investing is that Nersa will simply misappropriate the investment amount by commensurately reducing the tariffs that a licensee can charge.”

But what Eskom does not say is that the taxpayer-funded bailout and the tariff increase amount to a double tax which Nersa has stopped by attributing the bailout differently in its calculation of how much consumers can reasonably be charged.

In its application, Eskom puts the onus for its parlous financial position solely at the door of low electricity tariffs and it uses a dated World Bank report to buttress its position.

The utility, in its affidavit before the court, dismisses State Capture, corruption, mismanagement and cost overruns as financial factors at all.

Cassim argues that “Eskom does not dispute that there has been historical mismanagement within its senior ranks and that issues relating to State Capture have bedevilled its ability to deliver electricity efficiently to the South African public. But the fundamental liquidity problems faced by Eskom are primarily a product, not of these issues, but rather of inadequate tariff increases… Even the wildest estimates of what State Capture activities might have cost Eskom in recent times do not reach anywhere near R69-billion.”

But various reports into procurement, coal supply and the cost overruns on Medupi, Kusile and Ingula power stations show that corruption is a key factor behind Eskom’s debt spiral.

The papers before court lay bare Eskom’s costs and debts: it has a funding requirement of more than R99-billion in 2020 and also R85-billion in capital and interest repayments. It then enters a three-year cycle in which its debt repayments will be between R85-billion and R90-billion a year — it is in what Nersa calls a “utility debt spiral” and consumers are seen as the way out.

Entrenched and powerful labour and patronage interests will not allow Eskom’s management to either reduce costs (it has a bloated staff complement of 38,000 people) or moderate wages, and powerful coal and nuclear interests are lobbying against independent power production which will reduce demand from Eskom. Eskom staff received increases of 7.5% in the most recent wage round and 30,000 workers in the bargaining unit were given once-off payments of R10,000 each. Surveys show almost no private-sector workers won increases like this in a near-recessionary economy.

In this context, consumers are the sitting ducks and this week’s application by Eskom reveals the utility knows this as it seeks to put in place emergency tariff hikes through the courts and also through applications to Nersa for clawback payments through the regulatory clearing account.

Eskom biographer James Styan noted on Twitter that electricity tariff increases have ballooned by 450% since 2007.

Nersa is opposing Eskom’s application and says it made its tariff decisions as a balance of fairness and equity between Eskom and the public. It rationally decided to exclude the R23-billion bailout from the calculation of the allowable revenue Eskom can raise from the public.

“Nersa rationally considered the sustainability of Eskom, the affordability by consumers and the impact on the economy in the taking of its decision.”

Masita further argues in her papers that the court cannot become a regulator and make tariff decisions.

“I respectfully submit that Nersa is better suited than the court to make a determination on Eskom’s application for a tariff increase,” she argues.

Masita made short shrift of Eskom’s central argument that low tariffs are to blame for its crisis. In her papers, she pointed out to the court “Eskom’s inadequate financial risk management… operational and technical inefficiencies… (and) higher costs of borrowing.” Nersa had put on hold all approvals for further expenditure on Medupi, Kusile and Ingula power stations after cost overruns of R33-billion.

The regulator intends to start its own investigation into Eskom for “fraud, corruption and State Capture”, said Masita in her explosive affidavit before court, in which she revealed that Eskom had budgeted for R1.8-billion in bonuses to be paid from 2019 to 2022. Eskom COO Jan Oberholzer, who has admitted that Eskom is captured, said earlier in January that no bonuses had been paid out in 2019.

To explain why Nersa granted the increases it did, Masita said its decision was made in the best interests of the overall South African economy and public.

She said Eskom’s urgent application to court was an instance of “self-created urgency… I contend this is a ploy by Eskom to exaggerate what it considers to be a devastating effect on its financial position. It is my contention that it amounts to an abuse of process”.

Unlike Eskom’s view that corruption exerted small pressure on its balance sheet, Masita’s affidavit goes into pages detailing how the cost of mismanagement and capture can impact on the cost of electricity.

“Eskom is the author of its own liquidity problem. Eskom makes a bold allegation pertaining to catastrophic harm to (itself) and to the national economy, but fails to address (its) mismanagement and governance inefficiencies.” DM