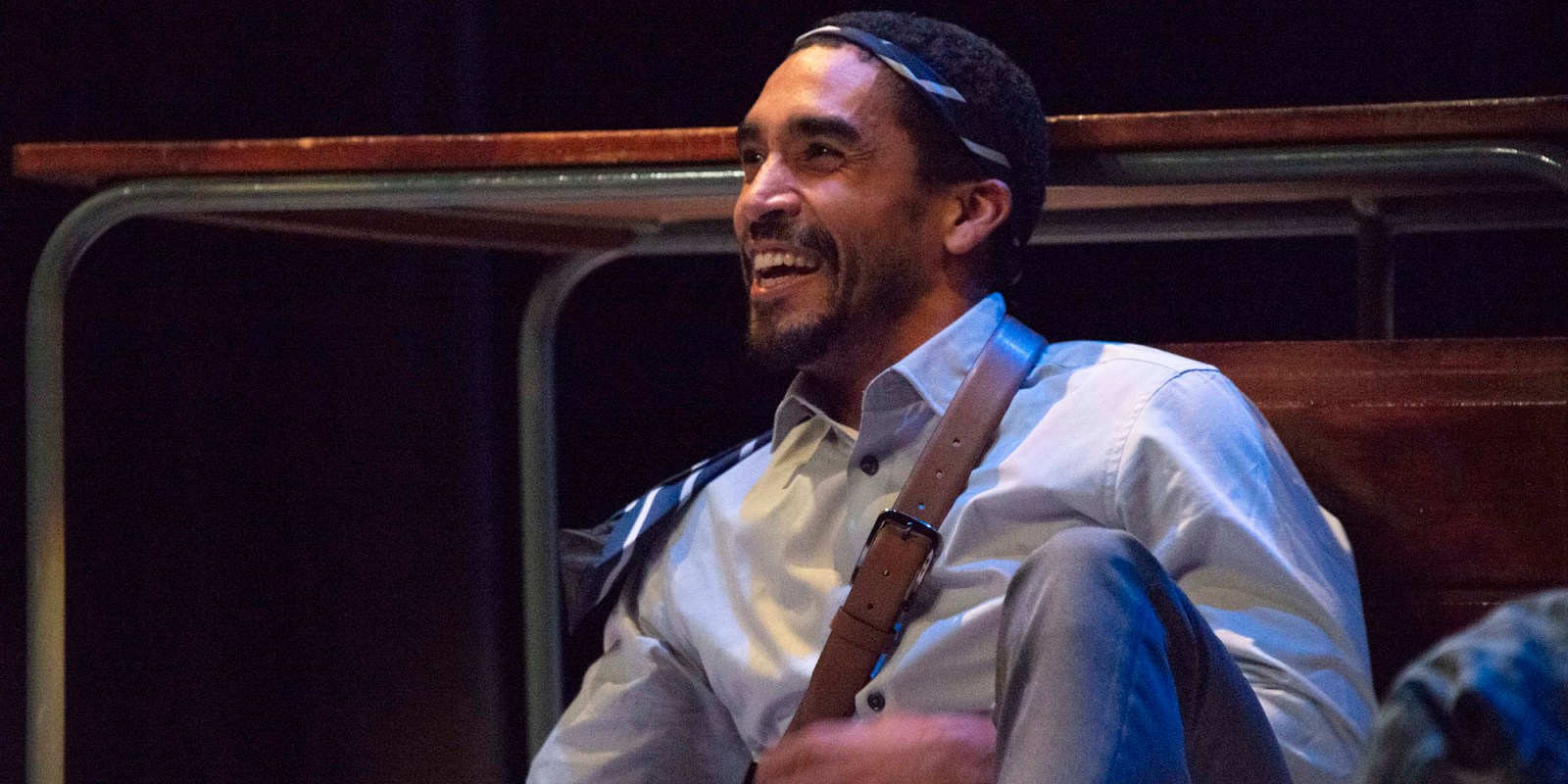 The play ‘Evil’ is about bullying and aims to challenge young audiences and encourage them to consider important issues in the safe space of the theatre. Be warned that the play is not about entertainment – the violence is unsettling, and one is left with a sense of hopelessness.

It’s unusual to admire an actor and to simultaneously hate the play.

Not because the script is rubbish, but because its words are too brutal and intense. The gut-punching production is titled Evil, and it’s not about genocide or holocaust, war or a serial killer, where you would expect disturbing and graphic images. It’s about school bullying.

The one-man show is the story of Erik, played by Jaques de Silva, who leaps on to tables, rolls off beds and mimics different characters and accents as he recalls his teenage years. He’s excellent at physical theatre from his expressive eyebrows to his agile toes. First, he summons up the personality of his father as he punches young Erik across the dinner table. De Silva’s character talks of the “restful calm” when his father was not at home, and of the senseless beatings when he was locked in the bedroom with this monstrous man and thrashed until his blood splattered on the cheerful wallpaper.

From there the spiral of violence and psychological abuse escalates, with Erik sent to boarding school where he antagonises the senior boys with his refusal to obey their orders. So far so tolerable, but as the character of his fat and passive friend Pierre is woven in, the story grows so violent that I was wishing it would end. Where were the headmaster, the parents? Where were the police? The organised, systematic and relentless bullying is captured in a script that’s as unsubtle as a fist in the face, bludgeoning you with its horrendous story.

Gentle music punctuates the action, creating a moment of relief before the next onslaught. Yet it’s not just the violence that’s unsettling, but the hopelessness of it all.

Afterwards, a few men in the audience said the story mirrors their own days at boarding school, right down to the depth of cruelty inflicted by the older boys. And for a change, a story of deep, disturbing brutality isn’t South African. The script is based on the semi-autobiographical novel Ondskan by Swedish writer Jan Guillou, adapted into a play by Benny Haag and translated by Jens Boutrup.

So bullying is a universal issue – but at this level, this degree of life-threatening and certainly life-changing cruelty? Apparently so, which is why Evil was originally produced here by the National School of Arts, to give youngsters a play that challenges them and encourages them to consider important issues in the safe space of the theatre.

An odd thing is that you don’t feel much empathy or sympathy for Erik. He’s as likely to throw a punch as the other guy, and his own nasty streak sees him running a gang in his first school. He’s not a natural victim, as such, but a boy who invites trouble and faces up to it. Was that beaten into him by his father, or an innate propensity of his own? That’s not a question that’s explored.

Discussions between Erik and Pierre touch briefly on why some people are deliberately and consciously evil, but that’s not examined much either before the next assault begins. They try some passive resistance too, but they’re beaten down. In the end, there are no answers, no healthy conclusion, and violence seems poised to continue as the answer to violence.

Since it’s not a show you’re going to watch for the entertainment factor, the owner of Sandton’s Theatre on the Square, Daphne Kuhn, is hoping school groups will fill the seats. It’s aimed at youngsters, after all, but its graphic nature and the perils of life could terrify anyone too young. Perhaps the lack of answers could be countered by a discussion session with Da Silva and its dual directors, Laine Butler and Mike da Silva.

I left feeling disturbed, and hoping times have at least changed in the degree of bullying meted out in schools today. If I’m wrong, the world is even more hopeless than I imagined. DM

Evil runs at Sandton’s Auto & General Theatre on the Square until 25 January 2. Tickets from Computicket.