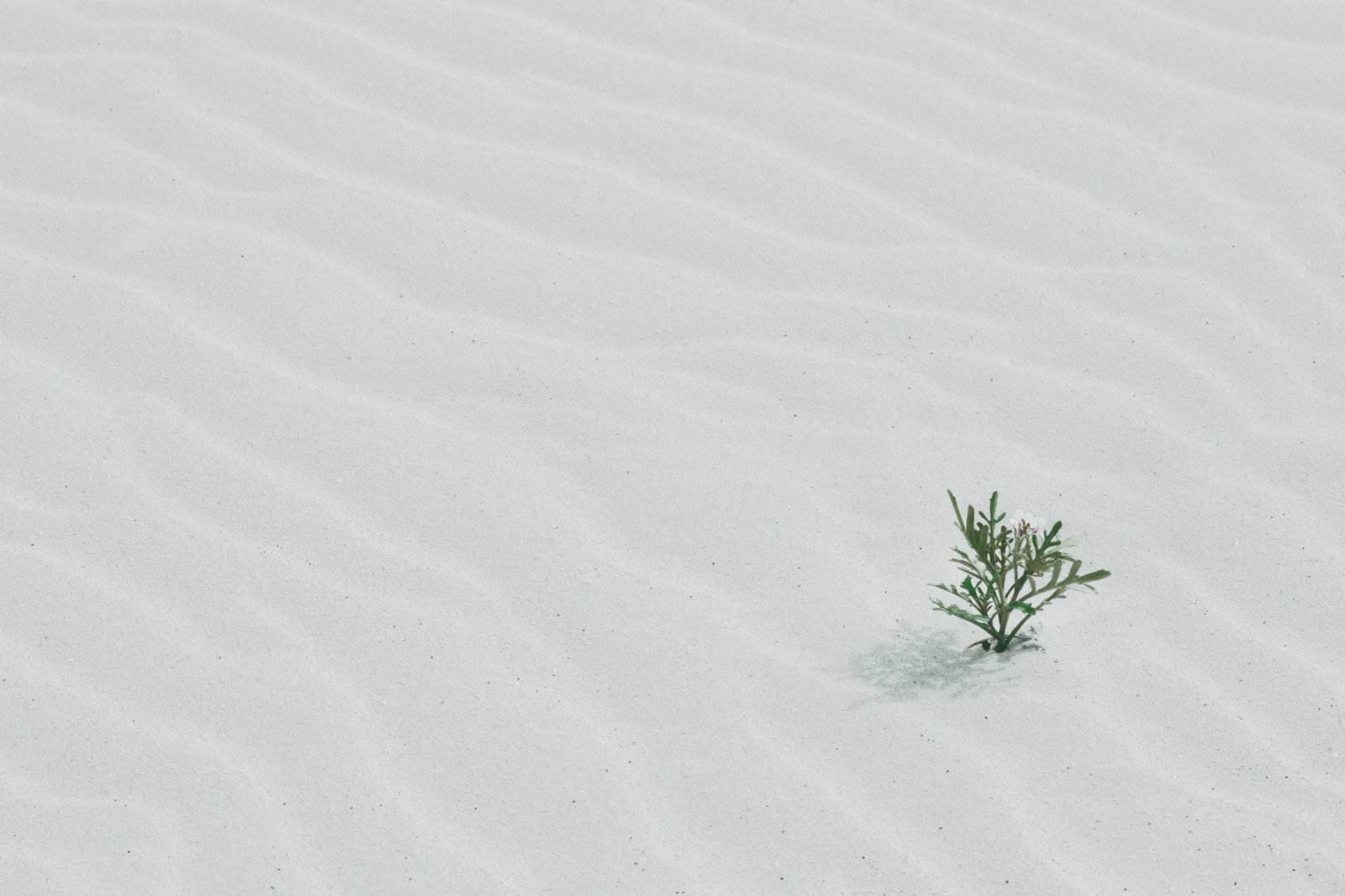 In 2014, five countries – Burkina Faso, Chad, Mali, Niger and Mauritania – created the G5 Sahel group to foster cooperation in tackling the region’s security and developmental challenges. Growing regional security concerns include the occupation of Northern Mali by rebel groups and other movements affiliated to al-Qaeda in the Islamic Maghreb (AQIM).

Since 2011, many Sahel strategies have been adopted in collaboration with various partners to respond to the region’s challenges. Despite these efforts, the G5 countries face not only ongoing security threats, but a vicious cycle of low levels of development and fragile governance systems that threaten the region’s long-term security and development prospects.

New research by the African Futures and Innovation programme at the Institute for Security Studies (ISS) analyses the current development trajectory of the five countries to 2040. Unless significant structural improvements are made especially in the area of governance, the outlook presented by the ISS study is gloomy. The findings point to the region’s multifaceted, complex and urgent problems.

The G5 countries are at very low levels of economic development, even by continental standards. In 2018, per capita incomes were lagging significantly below the averages of other low- and lower-middle-income groups in Africa. This is partly due to the rapidly rising population in those countries. The total population of the G5 group is projected to nearly double from about 81 million people in 2018 to 152 million people by 2040 (Figure 1). 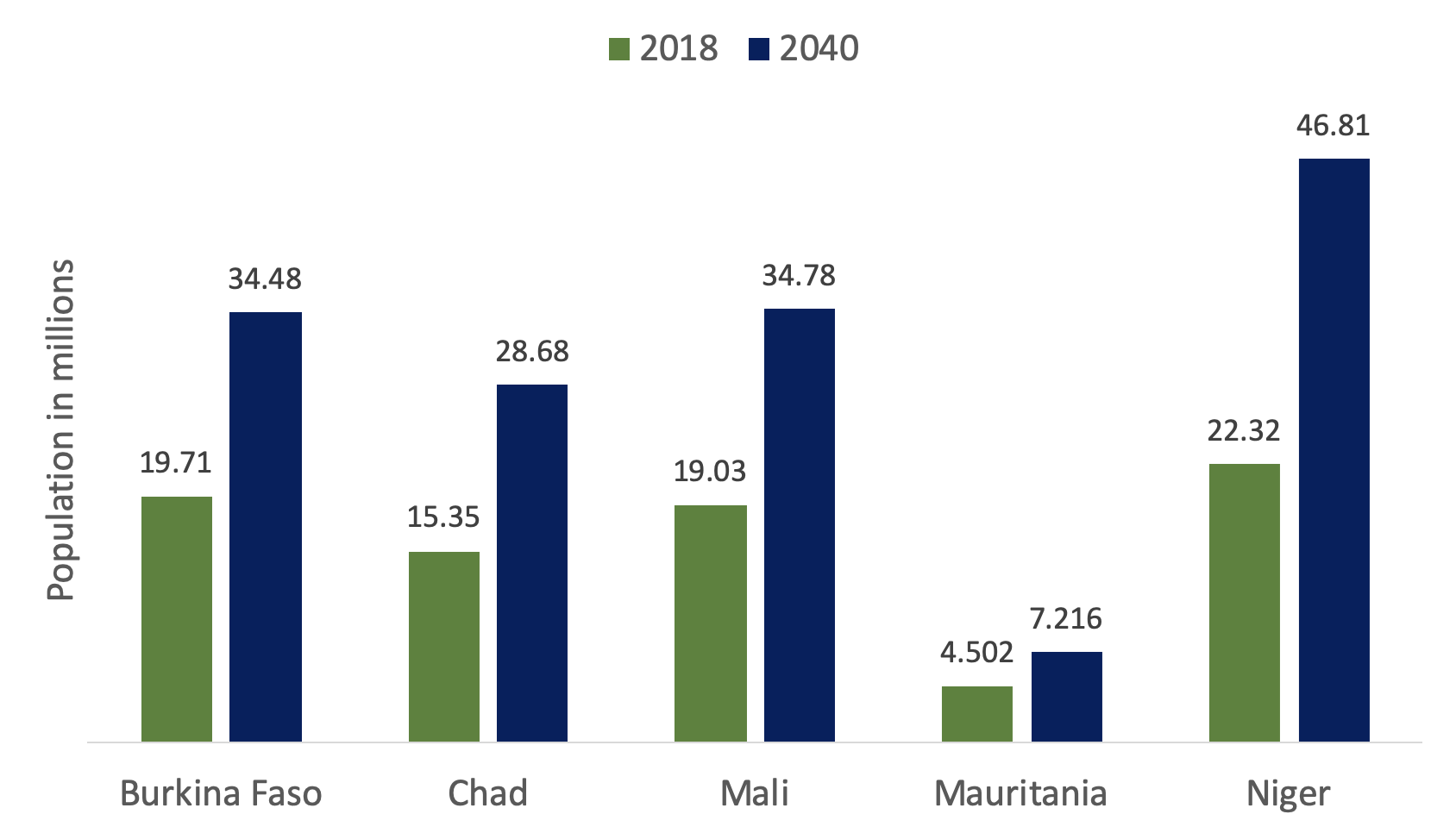 Most of the population is comprised of young people. The median age for the five countries was 16 in 2018. By 2040 it is projected to be approximately 19.7 years compared to the projected African average of roughly 23.4 years.

The countries also perform poorly in human development indicators. Over 40% of the 81 million people (33 million) were estimated to live below the World Bank’s extreme poverty threshold of US$1.90 per person per day (in 2011 constant dollars) in 2018.

More than 30% have no access to potable water and nearly 80% go without access to improved sanitation facilities. Moreover, leaving education quality aside for the moment, the average years of education for those aged 15 years and over at only 3.6 years is very low. This is less than half of the continental average and only a third of the global average.

Crop yields are also very low at an estimated 1.2 tons per hectare relative to the 3.6 average for Africa. In fact, current yields in the G5 Sahel countries are comparable to the modest averages for the Middle East and North Africa (MENA) region in the 1970s. Climate change is perpetuating low yields, and creating new challenges and conflict around resources like water between farmers and pastoralists.

At the centre of the region’s complex problems is the low quality of governance. The G5 Sahel countries struggle with state building, which stems from the legacy of colonisation. This is aggravated by the large geographical size of the countries, coupled with limited resources that reduce government capacity as the centre-periphery divide widens. Decades of bad governance accentuated by poor accountability mechanisms has also perpetuated economic difficulties and increased the sense of marginalisation in some communities.

While the G5 Sahel has acknowledged the link between development, security and governance through its Priority Investment Programme (PIP), responses to the region’s manifold challenges have been fixated on a highly militarised approach.

Although security is of key concern to the population, a more balanced approach between security and development should be pursued. The often uncoordinated presence of a plethora of international actors has also undermined the chances of strategies succeeding.

The combined impact of the Desert Flower scenario drives a €416-billion (US$460-billion) cumulative increase in economic growth, and more than 29 million fewer people living in extreme poverty by 2040. Additionally, agricultural import dependency declines to 29% compared to 45% in the Current Path scenario by 2040. This scenario also increases the average years of education by more than half a year (from 5.3 years to 5.9 years).

Life expectancy improves by 1.5 years and the demographic dividend is more favourable at 150 workers per 100 dependants relative to 130 in the Current Path by 2040. In the Desert Flower scenario, GDP per capita for most of the countries tracks slightly above other low-income countries in Africa and builds momentum for other improvements in the region (Figure 2). 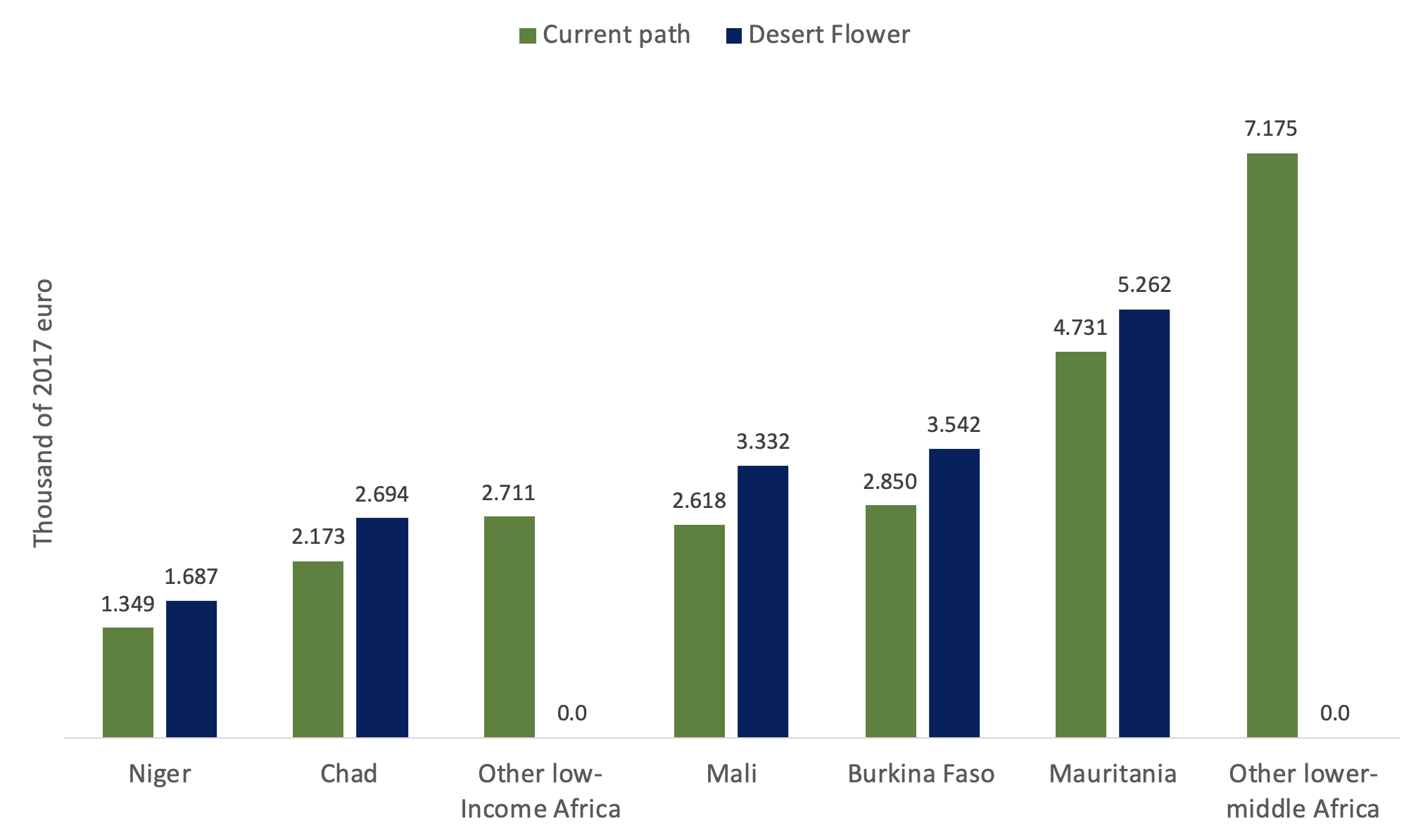 In the short and medium term, improving security in the region is important if any meaningful development is to occur. However the G5’s challenges are not confined to security threats. Investments in structural change must begin sooner rather than later. Fundamental development interventions as simulated in the Desert Flower scenario can lay the foundation for sustainable and inclusive development.

This includes configuring a quality education system tailored to the needs of the region, family planning initiatives to ensure population growth is not outpacing economic growth, and climate smart agricultural systems that improve productivity and sustainability. None of these can be done without accountable governance that promotes transparency, the rule of law and respect for human rights, and provides basic services for the entire population.

Finally, the international community, regional organisations and the G5 countries themselves need to work together to prevent a multiplicity of actors from taking advantage of the challenges in the region. DM