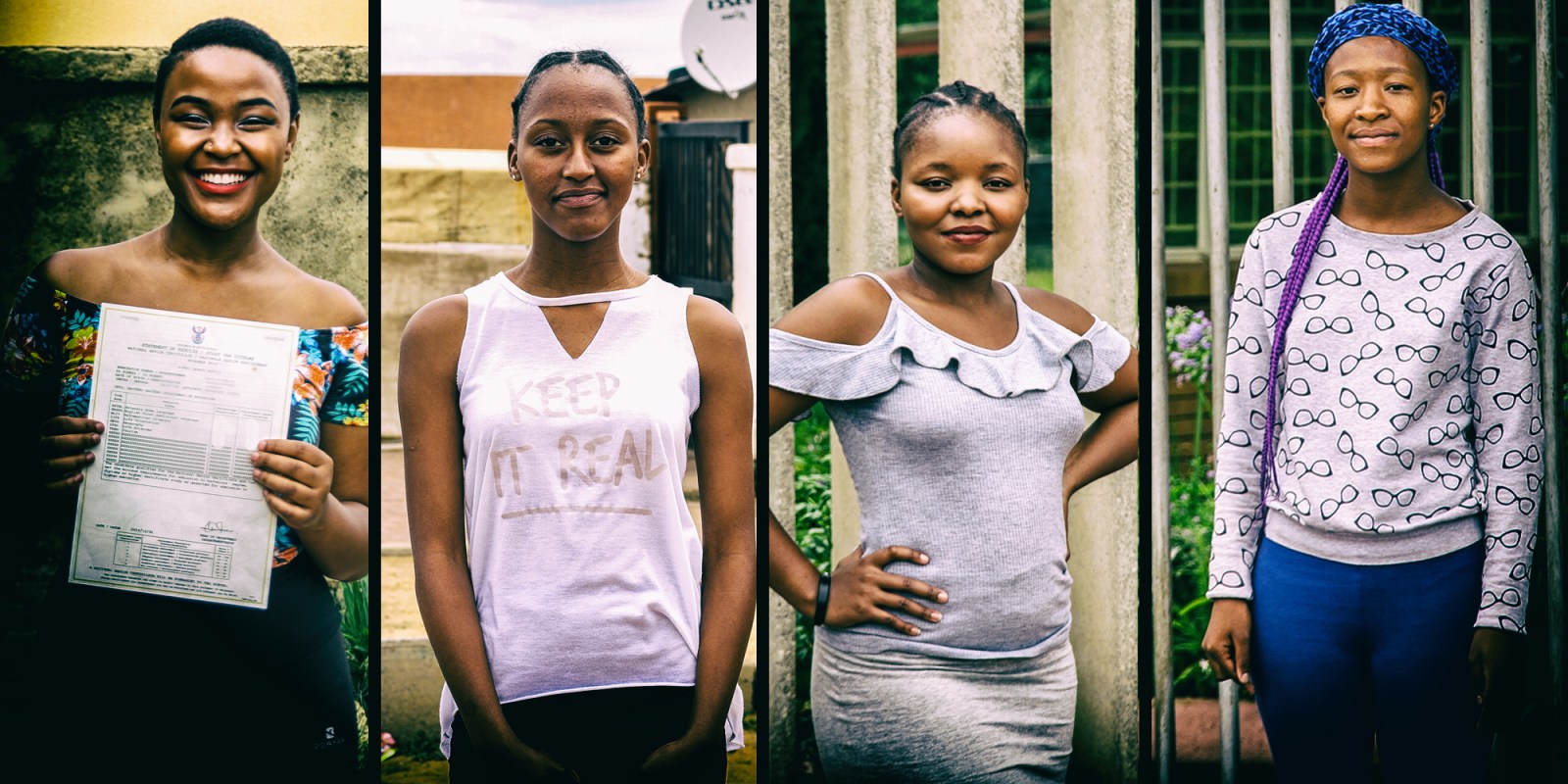 2019 saw a class of matriculants improve on the 80% pass rate of the previous year by achieving a pass rate of 81.3%. But after the elation and celebrations died down, many aspiring students have settled into yet another bout of anxiety around fees for the past year and the year ahead. Some learners have had to wait until their families settled outstanding fees to see their results.

On the eve of the formal release of the matric results, Basic Education Minister Angie Motshekga announced the 2019 pass rate, noting a 3% increase from the previous year.

Sizakele Ndlovu is among those who completed matric in 2019. She waited with bated breath for her results before discovering she had not obtained the two distinctions she was expecting. While she received a bachelor’s pass, making her eligible for enrolment into a university, her admission into tertiary education is uncertain.

Her university applications were delayed after her school withheld her matric results statement because she owed R200 in school fees. Ndlovu applied to study law and psychology at the University of Johannesburg and the University of KwaZulu-Natal (UKZN).

The 17-year-old who lives with her grandmother in Meadowlands, Soweto, said her grandmother had given her R400 to travel to UKZN to complete the application process. However, Ndlovu decided to use a portion of that money to settle the R200 debt she had and was finally given her results.

“At UJ, they said the courses are at capacity, so I’m hoping to study at UNISA [University of South Africa].”

“Indeed, schools are not allowed to withhold results of learners irrespective of whether parents have outstanding fees or not. However, it is a parents’ responsibility to make necessary arrangements for their debts accordingly,” says Mabona.

Ndlovu is currently waiting to hear back from Unisa after putting in her application on Monday, 13 January.

She also applied for funding from the National Student Financial Aid Scheme (NSFAS), and is waiting to receive the outcome of her application. However, the wait for the NSFAS outcome might take longer than anticipated after the funding scheme delayed announcing the number of learners it will fund in 2020. NSFAS has received a total of 543,268 applications from first-time applicants.

Ndlovu’s friend, Andile Sibeko has dual ambitions. After obtaining her bachelor’s pass from Jules High School in Jeppestown, she has decided to kick off her university career studying business management at UNISA before pursuing nursing at UJ.

She is among the 543,268 applicants hoping to receive financial aid from NSFAS.

“I applied at UNISA because I want to work and study part-time,” says Sibeko.

“I want to get into business or work in corporate in the future so I think studying business management will help me get there.”

Even though Sibeko applied for funding, she says the income she will receive working part-time will help supplement her funding from NSFAS, if her application is successful.

On the other hand, Lerato Mosila’s hope of receiving funding from NSFAS has waned after she encountered a number of hurdles during the application process.

Mosila says that after she found out that she had passed matric, she felt an instant jolt of excitement and celebrated with her peers. But the joy was short-lived as she quickly remembered she still had to receive her results statement to find out how she had performed in her subjects.

“My results were good [but] they were not as great as I expected them to be. But they were good enough.”

Mosila says she is anxious about receiving the outcome of her application for funding. She has not received a firm acceptance from any of the universities she applied to. This is a crucial part of receiving a funding approval letter from NSFAS.

However, the online application process has also proved difficult. Mosila says she has had to travel to internet cafes to update her information using different computers each time.

“When I first tried to apply, I realised I didn’t have all the documents and information I needed. I didn’t know my mother’s ID number and tax number by heart,” says Mosila.

“The next day I opened up my application and tried to submit the forms and the documents, but they told me that there’s an application submitted, but they didn’t tell me if it was accepted.”

While Mosila received a university level pass, she still does not know what she will be studying in 2020. After waiting for news from one of the many universities she applied to, Mosila has now resigned herself to studying at a college instead.

Previously, Mosila had pinned her aspirations on the dramatic and creative arts. However, she says when applying to colleges, she applied to study tourism management. Unfortunately for her, NSFAS does not fund studies at private colleges.

“I applied for NSFAS and another bursary, but I haven’t heard back from them.”

Kgomotso Phooe, also matriculated from Jules High School and is in a similar predicament. She, like Ndlovu, dreamt of studying law at UJ. However, after missing the desired number of points required for law, she has been advised that she qualifies to study teaching instead – her second option.

“I was hoping to study law because I want to make a change specifically in the lives of children who are neglected,” says Phooe.

“There’s a child in the neighbourhood who is always left alone by their mother. And this made me want to help children like that.”

Phooe says she hopes that by studying teaching she will still be able to help children.

“I am going to go and accept my offer to study teaching at UJ once I have my results statement,” she says.

Despite the challenges the learners faced, they are determined to use their experience to build on the values and lessons they learned and make the best of future struggles.

“This year, I have promised myself that I am not going to focus on anything [other] than my studies,” says Ndlovu.

“I plan to keep the spirit of hard work that I learned at [school]. Our principal always encouraged us to give it our all.” DM