The ANC is looking old, tired, divided and left behind 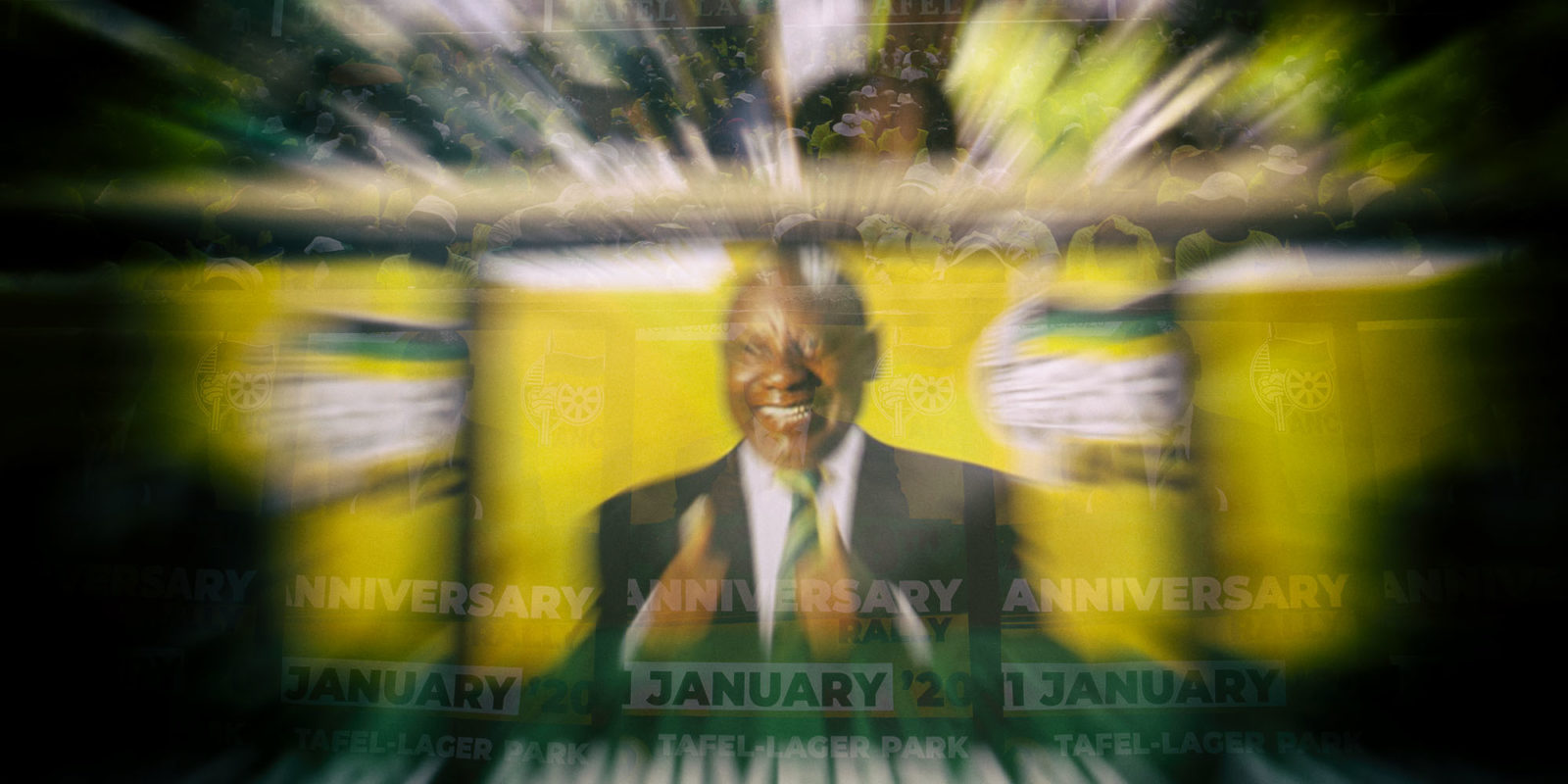 It has become clear that the divisions in the ANC make it difficult to come up with solutions to fix the country’s problems, says the writer. (Photo: Ayanda Mthethwa)

On Saturday, 11 January, the ANC released its full 8th January statement, its agenda for the year. Unfortunately, despite the clear evidence that South Africa is caught up in a series of multi-layered crises, Precious little new has been offered. Solutions to our current problems may well be hard to come by.

One of the defining characteristics of the ANC has been its ability to be reasonable when assessing its problems. Its policy documents ahead of conferences and national general councils have often been accurate and transparent about issues like corruption, and internal divisions. They are usually written by committees, which allows the document to be honest without any one person being vulnerable to political attack.

But another defining characteristic of the party has become its perennial inability to fix those problems, to do anything to resolve the issues it so precisely described in the first place.

The speech by President Cyril Ramaphosa on Saturday was a shortened form of the document. The full 8th January statement, approved by the national executive committee (NEC) is the official document. It encapsulates this problem in its entirety. It describes how the party “stands at one of the most challenging and fraught moments since our movement’s historic Morogoro Conference of 1969”. And yet, there are no new solutions on offer.

Importantly though, it is possible that there may be something happening in the area of (electrical) power generation that could be important in the future.

That the ANC is divided and torn between different factions is known to almost everyone and the party has given up hiding this. It has also become clearer and clearer that it is these divisions that are making it difficult to come up with solutions to fix the country’s problems.

It is perhaps this situation that drove Finance Minister Tito Mboweni to tweet on Friday night that proper reforms were needed now. It was a sign of his impatience, and perhaps desperation, with the lack of action.

Unfortunately, the statement written by the ANC, despite its honesty, simply covers up the cracks.

It says, for example, that, “in the year ahead it is essential that we make clear and irreversible progress in building a united, cohesive, ethical and strong ANC – an ANC that is able to continue effectively serving the people of South Africa”.

But the how is missing. There is talk of “rebuilding branches” in the movement. But that seems unlikely, if not impossible, considering that every branch is a potential vote at a conference that could determine the future leader of the ANC and president of the country.

Nowhere is this clearer than in the lack of new ideas for growing the economy. This is possibly the biggest crisis we face (more on electricity in a moment). The NEC says “we reiterate that the creation of jobs is at the centre of our economic agenda and it must remain the central priority for 2020”. Well, obviously.

It then says, “this requires the full implementation of the measures outlined in the 2019 Election Manifesto, including a substantial increase in investment, a massive infrastructure build programme, steps to improve the ease and reduce the cost of doing business, and the expansion of pathways for young people into the world of work. We welcome the significant investment commitments – totalling more than R600-billion – that have been realised through the first two South Africa Investment Conferences.”

But that is it. There are no new ideas.

Of course, as Mboweni may well remind us, there is a set of proposals on the table, from the National Treasury. For the moment, almost none of them have been implemented, nor has any timetable been set for their implementation. And yet South Africa simply continues to burn through the problem of unemployment.

Related to job creation is the issue of Eskom. The NEC states that “we must give priority to the urgent and necessary work required to ensure the stability of electricity supply. This means that we must both accelerate the introduction of new electricity generation and complete the measures undertaken to ensure the financial and operational stability of Eskom.”

The key here, of course, is what kind of power generation? Does the NEC mean simply bringing Medupi and Kusile to the boil (in terms of generating their full potential), or do they mean introducing more power from independent power producers (IPPs)?

This is likely to be a burning issue this year. Energy Minister Gwede Mantashe has already been accused of preventing IPPs from selling all of the power they produce to the grid. Some of these IPPs have already said as much. Then there is the economic impact of allowing big corporations, as well as individuals, small companies and shopping centres to simply produce their own power and sell the excess. That would surely unleash the need for more workers to make that change and have a positive economic effect.

But none of that is mentioned in the NEC’s statement. It is surely a function of the broken politics of the party, and the fact that Mantashe is the chair of the ANC, that none of that is included.

Then there is one of the other big issues, the fate of state-owned enterprises (SOEs). Again, the ANC says it takes their situation seriously and “the movement must undertake a thorough and sober assessment of the state of our SOEs and take clear decisions about what must be done to place these entities back on a sustainable path”.

However, it would surely be against the interests of any political party, and any of the people within it, to give up the kind of power that SOEs can provide. Within them, there are resources, patronage opportunities and pure political power. At SAA, it took a major crisis, and the prospect of the airline actually completely collapsing (with the added possibility of a “cascade effect” leading to a financial disaster for the entire country), that led to Cabinet accepting the option of business rescue.

It is unlikely that the ANC will ever give up power over SOEs regardless of who is running the party at the time. The vested interests against it are simply too strong.

And then there is perhaps the biggest long-term problem facing the party: corruption.

The NEC says, “holding elected representatives accountable is a task for each and every one of us. The ANC will become more vigilant in screening its candidates and ensuring that these comrades meet the highest standards of ethics, morality and service to the people. Once elected, the movement must ensure that ANC public representatives serve the people with distinction. Where this does not happen, there must be consequences – and there will be consequences.”

The ANC has tried for many years, literally since the Sarafina II affair in the mid-1990s, to deal with this. On all of the available evidence, it has failed miserably.

The high point last year in the ANC’s ability to deal with its deployed cadres accused of corruption was the process that led to Zandile Gumede being removed as mayor of Ethekwini. It was an important moment suggesting the balance of power was moving towards Ramaphosa (particularly because of the role played by the leader of the ANC in KwaZulu-Natal, Premier Sihle Zikalala).

But then, as the year drew to a close, the party elected Geoff Makhubo as mayor in Johannesburg, after the resignation of Herman Mashaba. This was despite the investigative reports by amaBhungane that Makhubo benefitted from financial services contracts signed during the ANC’s previous tenure in Joburg.

The real test for the ANC this year is likely to be what happens if the National Prosecuting Authority actually charges its secretary-general, Ace Magashule, with corruption. Magashule himself has not legally responded to the book Gangster State while last year saw testimony at the Zondo Commission about the Estina Dairy Project.

If the NPA does charge him in relation to this, the political fallout in the ANC is likely to be intense – it could make or break the party’s future.

However, the ANC may now be facing a much bigger problem. It appears to be losing the ability to lead.

On Sunday, 12 January, not one of the three big English-language Sunday newspapers carried a report about Ramaphosa’s speech or the NEC statement itself on their front pages. In the past, during the eras of Mbeki and Zuma, it would be a huge event, it would be impossible to keep the event off a front page.

Our society is changing quickly: younger people do things very differently from older people, there are incredible advances in producing electricity – literally from the sun and the wind – economies are changing, the process of urbanisation is moving quickly. Younger people demand far more from life than people did 30 years ago. In these fast-changing times, the ANC’s old slogan: “The ANC lives, The ANC leads”, may be a hollow one. The ANC is in danger of looking old, feeble and… not important.

It may find that unless it is able to deal with this growing perception, and cannot muster enough unity to come up with solutions, it runs the risk of being left behind. Permanently. DM