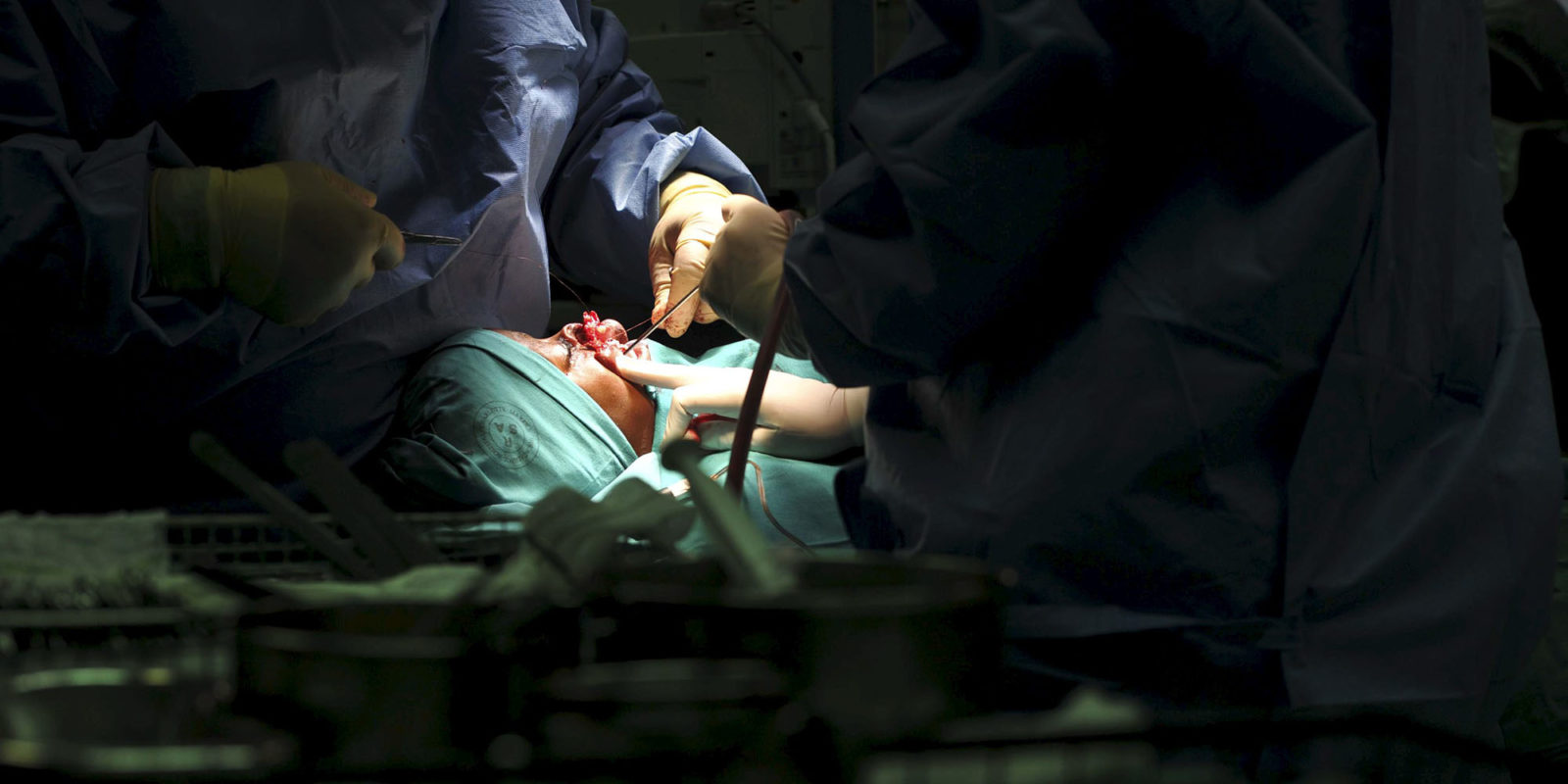 One critical question for 2020 is, how much, if at all, the design of NHI will change during the parliamentary process. (Photo: Foto24/Gallo Images/Getty Images/Bongiwe Gumede)

Between President Cyril Ramaphosa’s ongoing new dawn and important healthcare reforms, 2020 will be a critically important year for healthcare in South Africa. Spotlight formulated eight questions to set out what is at stake.

Given the ANC’s commitment to National Health Insurance (NHI), it seems a done deal that the NHI Bill will complete its parliamentary journey and land on the president’s desk before the end of 2020. That will not mean any immediate changes in healthcare service delivery, since NHI is only set for full implementation by 2026. The bill that the president signs will, however, set the course for NHI for the next decade or more by committing the country to various specifics regarding its design.

One critical question for 2020 then is, how much, if at all, the design of NHI will change during the parliamentary process. When the department of health published an earlier version of the bill for public comment in 2018, most criticism of the bill was ignored when a slightly updated version was sent to Parliament in 2019.

Will the parliamentary consultation process be any different? Will members of Parliament seriously and meaningfully engage with questions regarding the details of how NHI will function and be governed and then change the bill as needed? (Have a look at our NHI coverage here.)

2. Will the government finally fix the regulation of private healthcare?

A landmark report published in September 2019 found that the government had failed in its duty to regulate the private healthcare sector. The final report of the Competition Commission’s Health Market Inquiry (HMI) found that this regulatory failure has resulted in a private healthcare market that is both inefficient and not competitive. (We reported on it here.)

One obvious thing for the department of health to do is to revise the Medical Schemes Amendment Bill based on the findings of the HMI and then to submit this bill to Parliament (an earlier version of this bill was published for comment in 2018). Presumably, they would have started revising this bill as soon as the HMI report was released in September 2019 (we don’t know whether they have). It will obviously make sense for Parliament to consider the Medical Schemes Amendment Bill alongside the NHI Bill – although this is not the trajectory we are currently on.

3. Will there be any high-profile prosecutions for corruption in the public healthcare sector?

The Special Investigating Unit (SIU) is investigating alleged corruption at the Health Professions Council of SA(HPCSA), the National Health Laboratory Service, the South African Health Products Regulatory Authority and in various provincial health departments. While the Hawks and National Prosecuting Authority are also dealing with a few cases, it is at the SIU that the winds of the new dawn seem to blow most strongly.

And yet, more than two years after an SIU report (the report became public in June 2018, but was completed earlier), found graft worth R1.2-billion at the Gauteng Department of Health from 2006 to 2009, the key person fingered in the report, former Gauteng Health MEC Brian Hlongwa, has not yet been prosecuted.

It is true that in another case, the North West Head of Department, Thabo Lekalakala, has been charged with fraud, but his case is ongoing, and even if the case against him holds, it seems likely he was acting on orders from elsewhere when he approved payments to the Gupta-linked Mediosa. Mediosa (previously known as Cureva) supplied the North West Department of Health with mobile clinics and was allegedly irregularly paid R30-million upfront.

A few high-profile prosecutions in the healthcare sector will help restore some much-needed confidence in the state and be a shot in the arm for NHI.

4. Will our understanding of SA’s TB epidemic change significantly in 2020?

Despite tuberculosis (TB) being one of the top killers of people in South Africa, estimates for various key TB indicators in the country are not very reliable. This can, for example, be seen in the very wide confidence intervals around key TB indicators for South Africa in the WHO World TB Report. (We previously reported on some of these uncertainties here.)

In order to get more reliable information on the country’s TB epidemic, South Africa started a National Tuberculosis Prevalence Survey in 2017. The survey was set to be completed in 2018 and reported in 2019, but there were delays. In response to a parliamentary question, Minister Zweli Mkhize said in November 2019: “We have recently completed the first-ever national TB prevalence survey and the results are currently being verified by the World Health Organisation.”

Our guess is that the findings will be made public on World TB Day in March 2020, but given how much of a public health emergency TB still is in South Africa, earlier would obviously be better.

5. Will the department of health finally fix and integrate its medical records and unique patient identifier systems?

The department of health had by early 2019 enrolled more than 26-million people on its new Health Patient Registration System (HPRS) – a number that is no doubt much higher today. Yet, healthcare workers report that in many places, medical records in the public sector remain a mess. In some places, records are still paper-based. In much of the country, the laboratory database does not talk to the TB database – and in much of the country, neither of these databases are linked to the new HPRS numbers.

As a result, people’s full medical records are not always available when they move from one clinic to another – something that has obvious implications for the people involved, but is also something that makes it harder to measure the performance of our healthcare system (particularly regarding HIV treatment and retention in care).

Will 2020 be the year that the department of health finally integrates all these systems in a way that works for both patients and healthcare workers? We understand that very significant progress has been made in the Western Cape in this regard, but what that means for the rest of the country is not yet clear.

6. Will a serious and realistic plan emerge to train and retain healthcare workers?

There are also some indications that even more healthcare workers will leave because of NHI. While the predictions of a mass exodus should be taken with a pinch of salt, it is worrying that many healthcare workers appear to be negative about NHI. One of the lessons from the early days of the NHS in the UK was that an explicit attempt was made to keep doctors happy, by among others promising good salaries.

Either way, it seems clear that we need a clear and implementable national plan for the training, employment and retaining of healthcare workers. Our previous plan, the Human Resources for Health (HRH) Strategy for the Healthcare Sector 2012/2013 – 2016/2017, has not yet been replaced.

In November 2019, the National Department of Health reported to Parliament that a “new HRH Strategy is being developed”, and that “it will provide guidance on the number of health workers required for effective service delivery in the public and private sectors, as well as strategies for dealing with key HRH challenges”.

Whether we will see this plan in 2020 and whether it will be ambitious and implementable enough to meet the huge need in our healthcare system remains to be seen.

7. Will SA get legal certainty and political direction on medico-legal cases?

At the provincial level, the public health system is buckling under escalating medico-legal costs. Between Mkhize, the courts and possibly even the legislature, addressing this trend to the benefit of both public healthcare users and state coffers will be a key focus in 2020.

Last year, the Auditor-General flagged medico-legal claims as an increasing risk. The audit report noted that over a third of the provincial health departments had claims for medical negligence that were more than 10% of each department’s total budget for the 2019/20 financial year. This means far less money is available to spend on other health priorities. By March 2018, medical negligence claims against provincial health departments totalled R80.4-billion.

Recently, however, a judgement in the Gauteng High Court found that instead of paying up, the Gauteng department of health can now institute payment-in-kind for future medical needs in proven medical negligence cases. The judge ruled that the common law should be developed to allow courts to consider an order of compensation in kind rather than lump sums in appropriate cases where medical negligence is proven. This follows public statements by the health minister, who in Parliament, punted legislative amendments as part of his grand plan to arrest escalating claims against provincial health departments.

Some in legal circles argue that a “payment-in-kind” system will condemn healthcare users to the very system and service that failed them in the first place.

Either way, the debate on how best to tackle the department’s medico-legal dilemma is set to rage on this year in the courts as well as in government.

Dr Precious Matsoso’s resignation as Director General (DG) in the department of health came into effect on 1 November 2019, bringing to an end almost a decade of service mostly alongside the former minister of health Dr Aaron Motsoaledi. Dr Anban Pillay is acting DG pending a new appointment.

Spotlight understands that Sibongile Zungu, Mkhize’s ministerial advisor on NHI, is a front-runner for the position. She is a former head of the department of the KwaZulu-Natal department of health. She made headlines when she was embroiled in an extended court battle with former KZN premier Senzo Mchunu after he decided not to renew her contract as head of the department in 2015. The labour union Nehawu made allegations of mismanagement and corruption against her at the time – although none of these allegations was ever proven in court, as far as we can establish.

Either way, whoever he or she may be, the new DG will play a critical role in answering many of the questions we have listed above. It should, of course, go without saying that the new DG should be a good and principled manager who will not stand for any form of corruption and is truly committed to public service.

It is now almost two years since Cyril Ramaphosa became president of South Africa. For all the promising dust that has been kicked up, there is still very little to show for the new dawn when it comes to healthcare. Many questions about NHI and about accountability for corruption in the public healthcare sector remain unanswered. Maybe 2020 will be the year the dust settles and we see just how much has or has not changed. DM

Excalibur and the Sword in the Stone are two separate swords.